On Tuesday we left our mooring at Sutton road bridge and headed to Fradley, as we got to  Huddlesford junction we saw 2 swans one of which was on a nest. 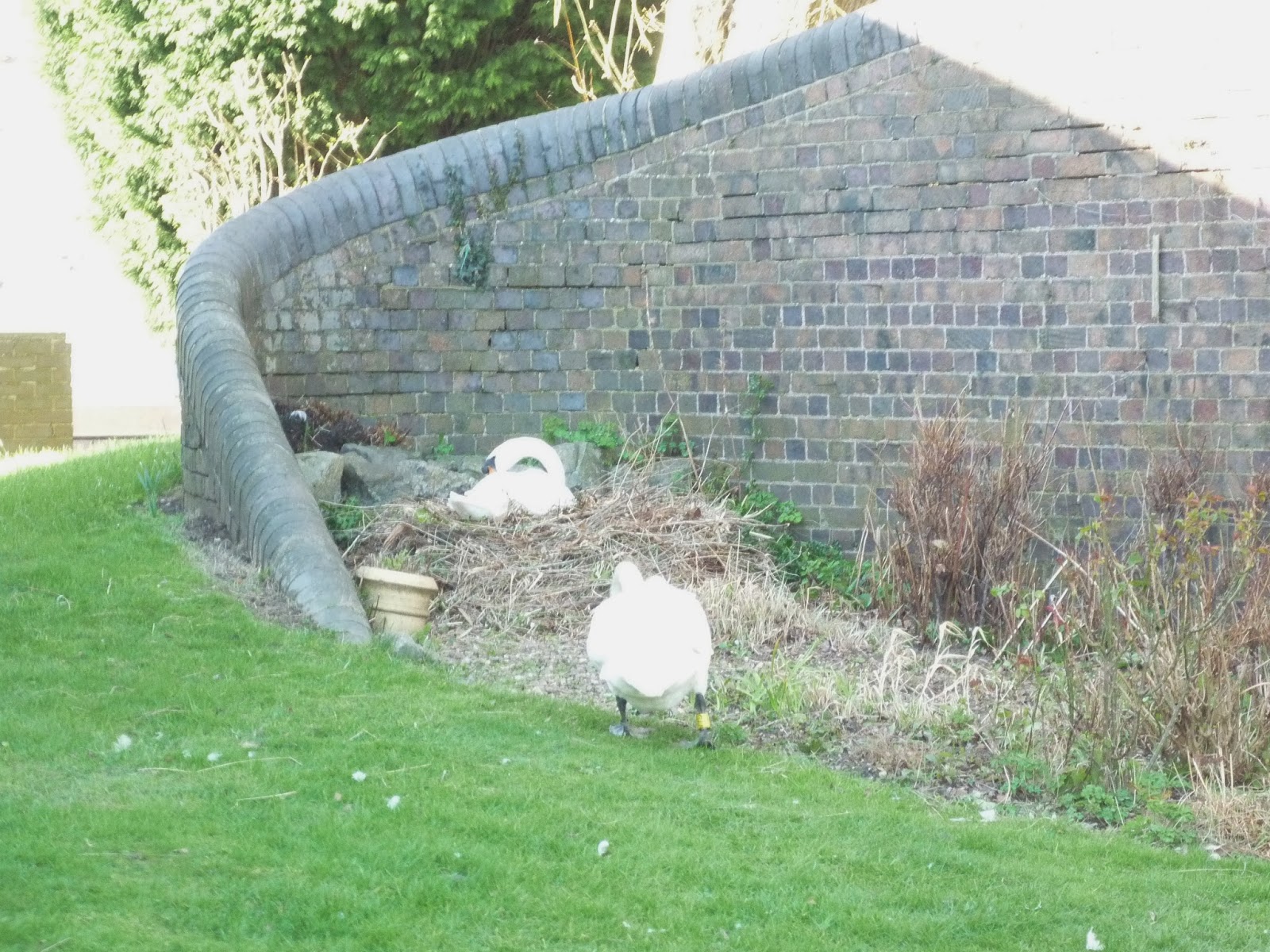 The male was checking his mate was keeping her house in good order!
As we carried on up the Coventry canal we saw a new marina. 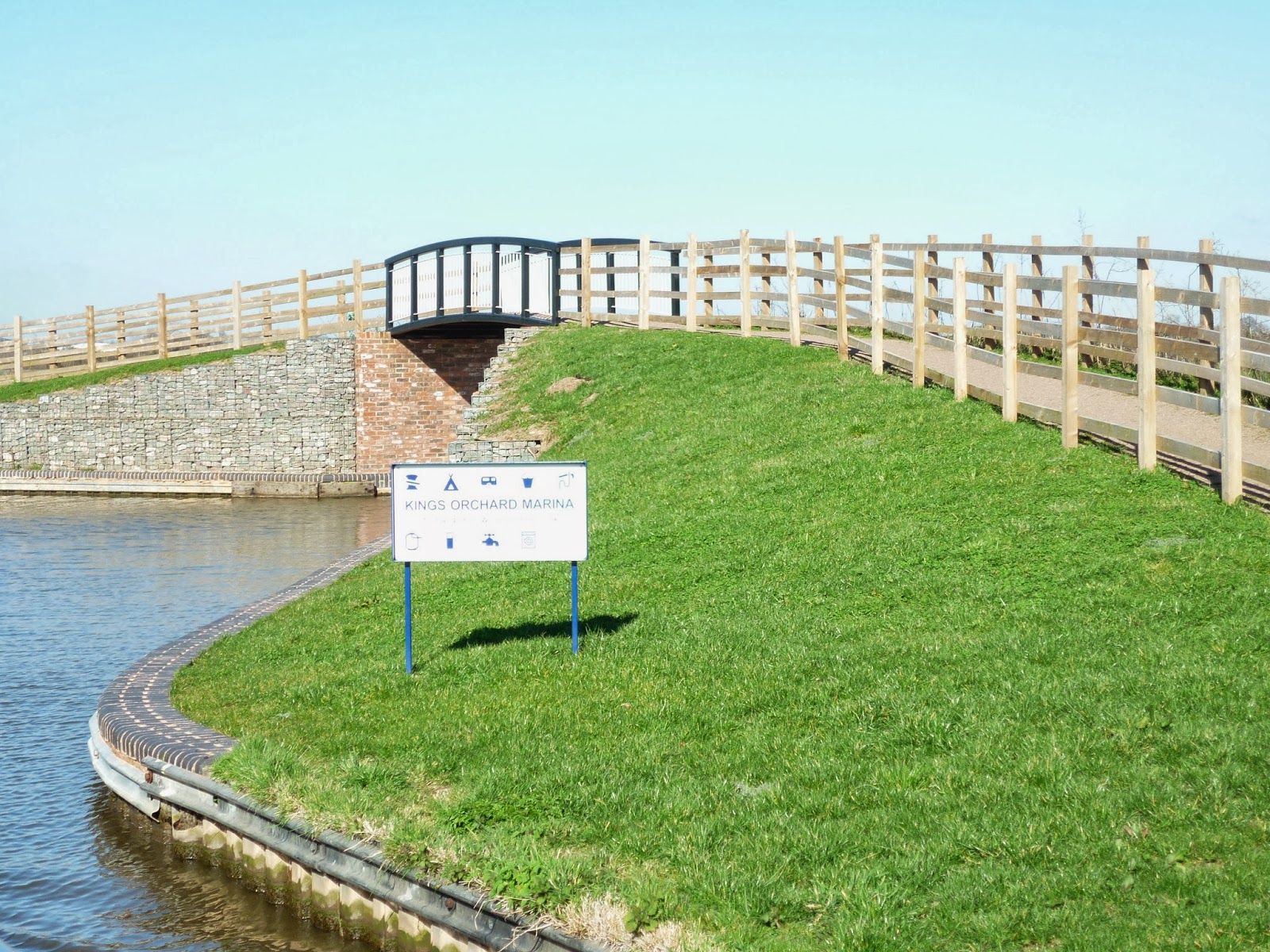 This is Kings Orchard Marina 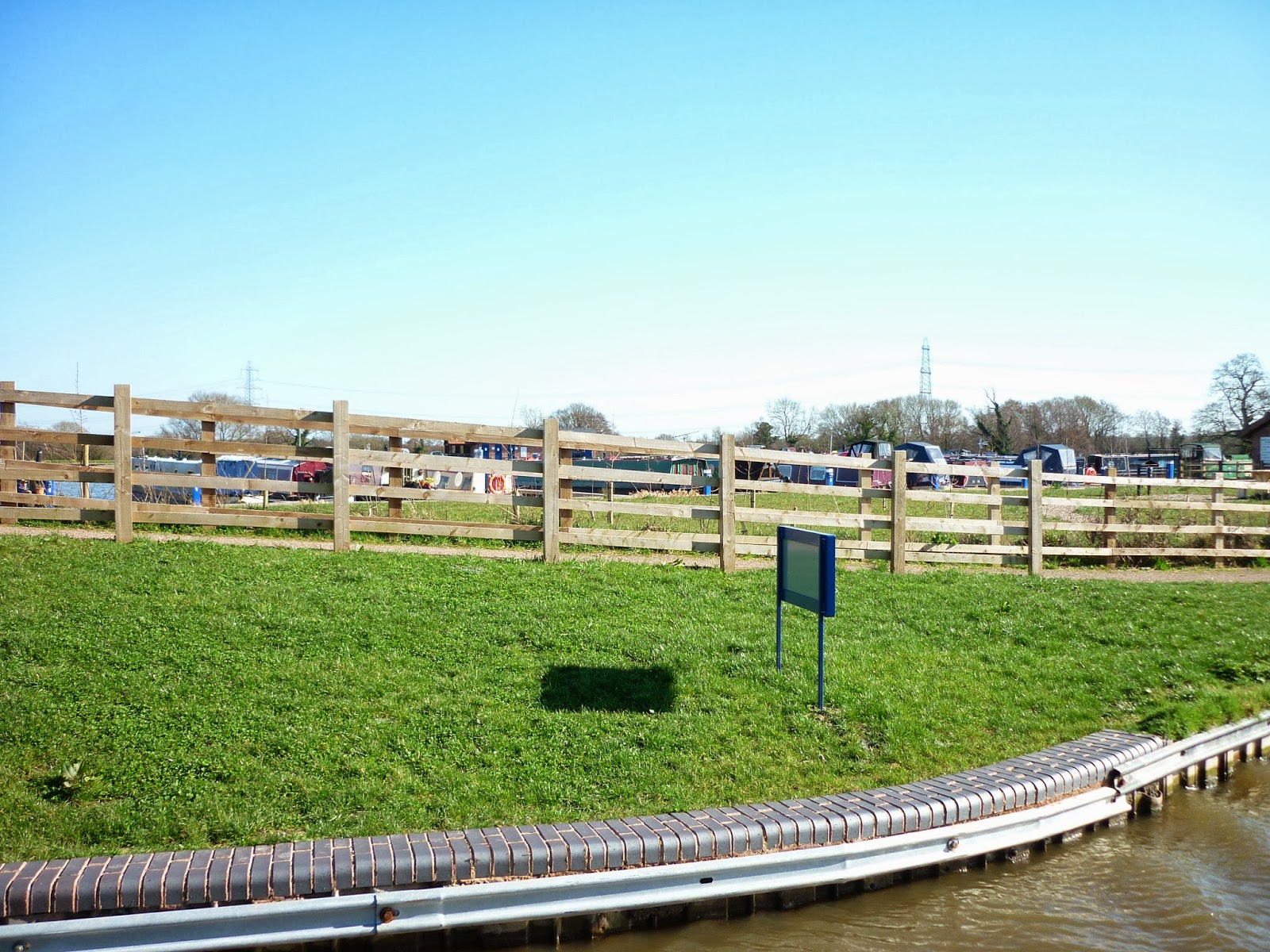 There were a few boats moored there, it all looked pristine!

We headed on to Fradley and moored just before the water points before the swing bridge at the junction. We had a walk to the rubbish point then walked back & went for a pint at the Swan we even sat in the sunshine outside the pub! We returned to the pub around 8pm for a couple of drinks, there was a couple from a shared ownership boat that had tied up in front of us in there having something to eat and we were chatting to them for a while. They would be leaving Wednesday morning to head to Great Haywood marina where they would be handing their boat over to the next shared owners & said they would try not to wake us, but we said we are early risers so we would probably already be up!
Anyway yesterday morning (Wednesday) we moved froward to the water point where we filled up with water and then we left the mooring, I headed off to open the swing bridge for Kev and with windlass in hand I set off to get the first lock ready for Kev. It was quite a cold morning and didn't brighten up till we were close to Rugeley, we wanted to moor in Rugeley so I could pop to Morrisons,   as I went up to the bridge 65 I noticed there was a new Tesco supermarket (well new to me as it wasn't there last time we were on the canal) Once I had returned from Morrisons we had a bite to eat then set off and around 3.30pm we moored just through Wolseley bridge 70.
We went to the Indian restaurant which is only a short walk where we had probably the best Indian meal ever and the staff are friendly and efficient too so if anybody is passing this way and enjoys a nice indian then The Shimla Palace is worth the visit.
As we walked back to the boat it was foggy and this morning (early Thursday) when I let the dog out it was very foggy, mind you I did a really silly thing I forgot the towpath had changed and I unzipped the cratch cover to let Buster jump out and just in time I saw that I was only going to let him jump into the canal!! I did stop him in time then let him out the towpath side Phew!!
Posted by Unknown at 01:23