All stop at Sileby Lock

Thursday 3rd May
Yesterday morning was a very different start to the day from Tuesday when we left Shardlow, it rained up until noon when the sun appeared. There were 2 boats moored behind us and they like us decided to make a move, they both left and we followed shortly after around 1.30pm. 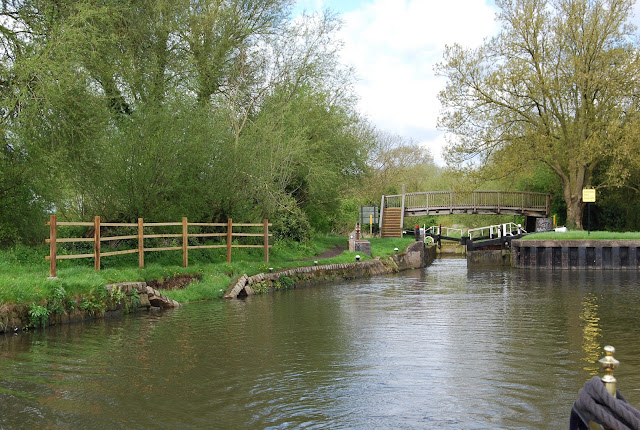 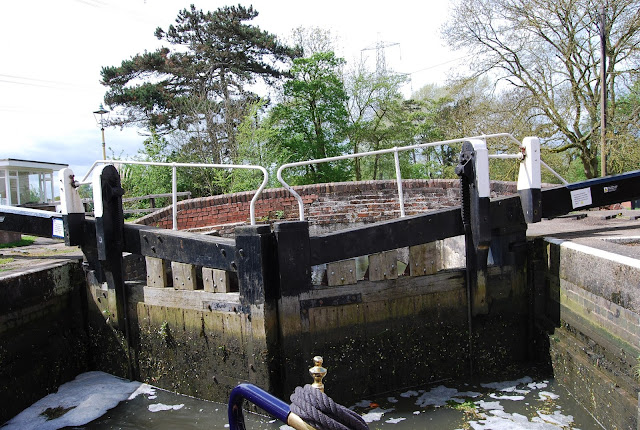 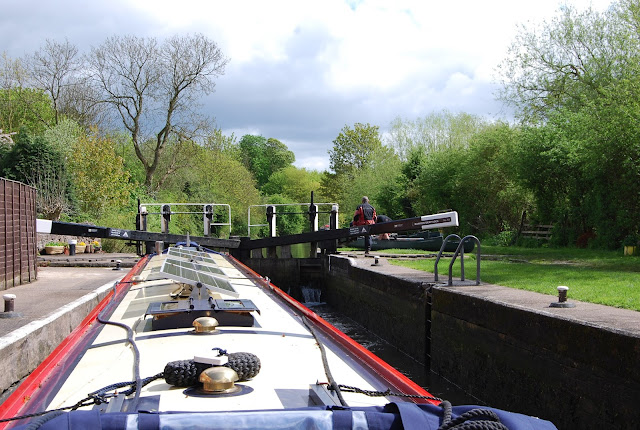 Waiting for lock to fill. 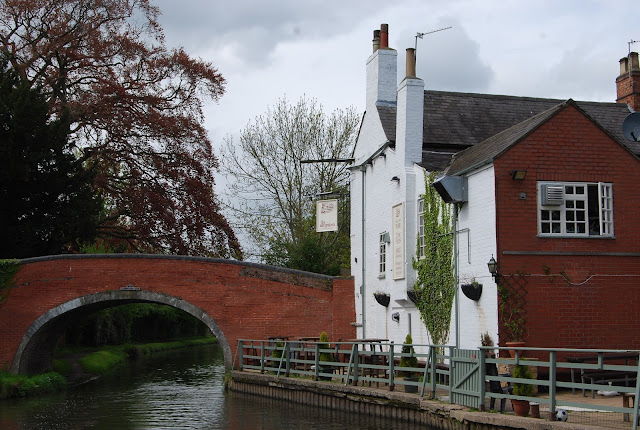 Nobody sat outside the Navigation pub. 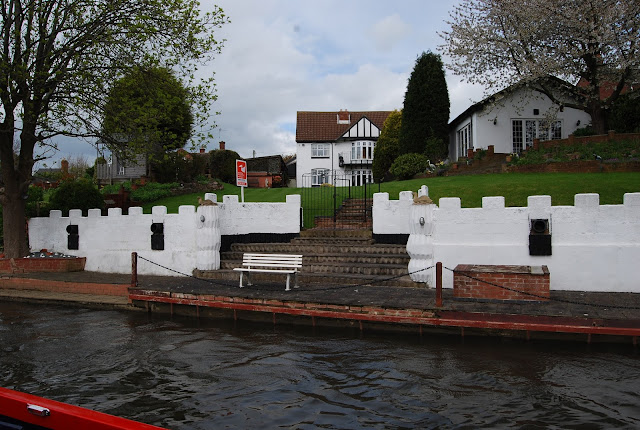 Guns at the ready!
As we were approaching Mountsorrel lock the flow from the weir was quite strong and it was quite breezy too, but we managed to get onto the lock landing ok. The two boats that were ahead of us were still in the lock when Kev went to it. Once they were out of the lock the two women stayed to help Kev with it while I brought the boat in. The two boats were mooring at Mountsorrel so we carried on passed them. 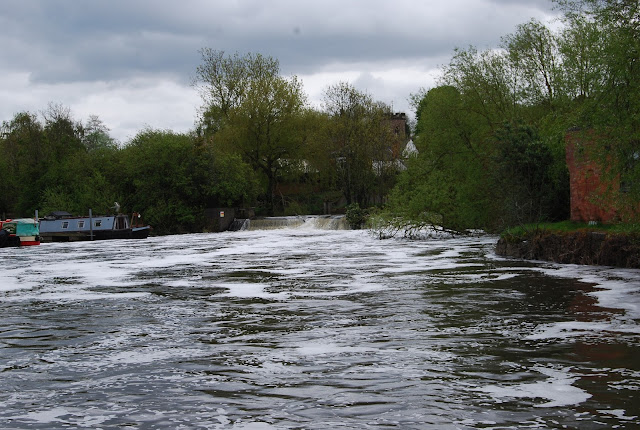 The weir at Mountsorrel 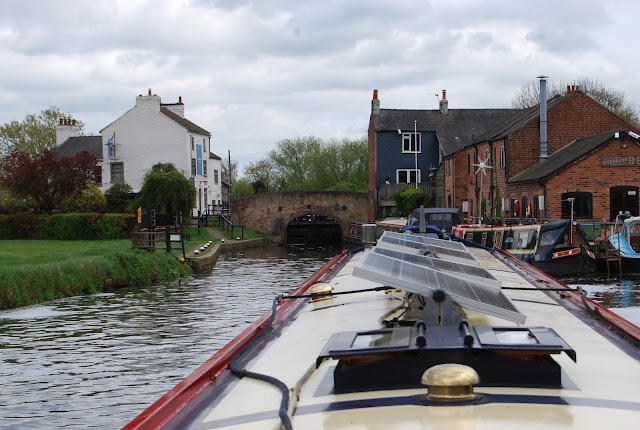 Mountsorrel lock
As we were continuing along the wind started to pick up and the current was flowing quite fast against us and when we reached Sileby lock we were going to moor up and call it a day but the moorings were not good so we managed to get up through Sileby lock and moored above it. The level marker at the lock was on the red so we were glad to stay put. 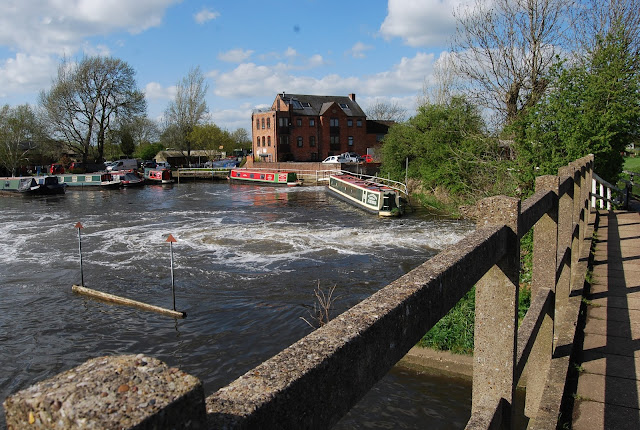 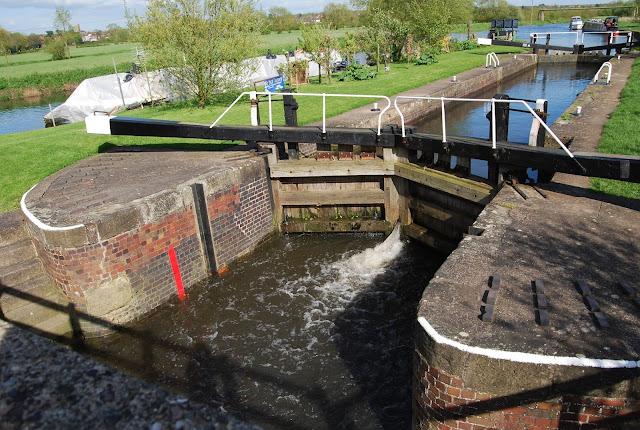 Sileby lock, we are moored above. 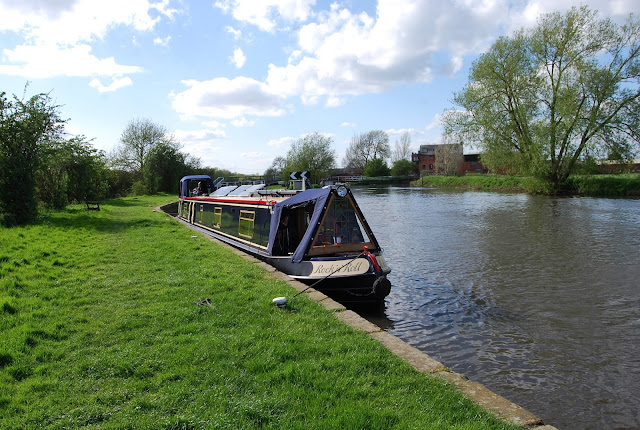 This morning I took Jaz up to the lock and the level was just in the orange by about an inch so we will stay here until it goes down into the green, the mooring is really quite peaceful with good walking for Jaz.
Posted by Unknown at 01:18