Well what a difference it was this morning it was pouring down!  When the rain stopped we had a walk back up to Shadehouse lock to the visitor moorings to see if Sue & Vic on No Problem are about, as we got to them we saw Vic in the cratch sweeping up. Nice to see a man put to good use!! We asked him if Sue was about and he said yes & invited us on board and Vic made us all a cuppa. This is the first time we had really met Sue & Vic and we told them that it had been us waving at them yesterday it was nice to have a good natter and thanks for the tea & coffee hope to meet up again in the future. 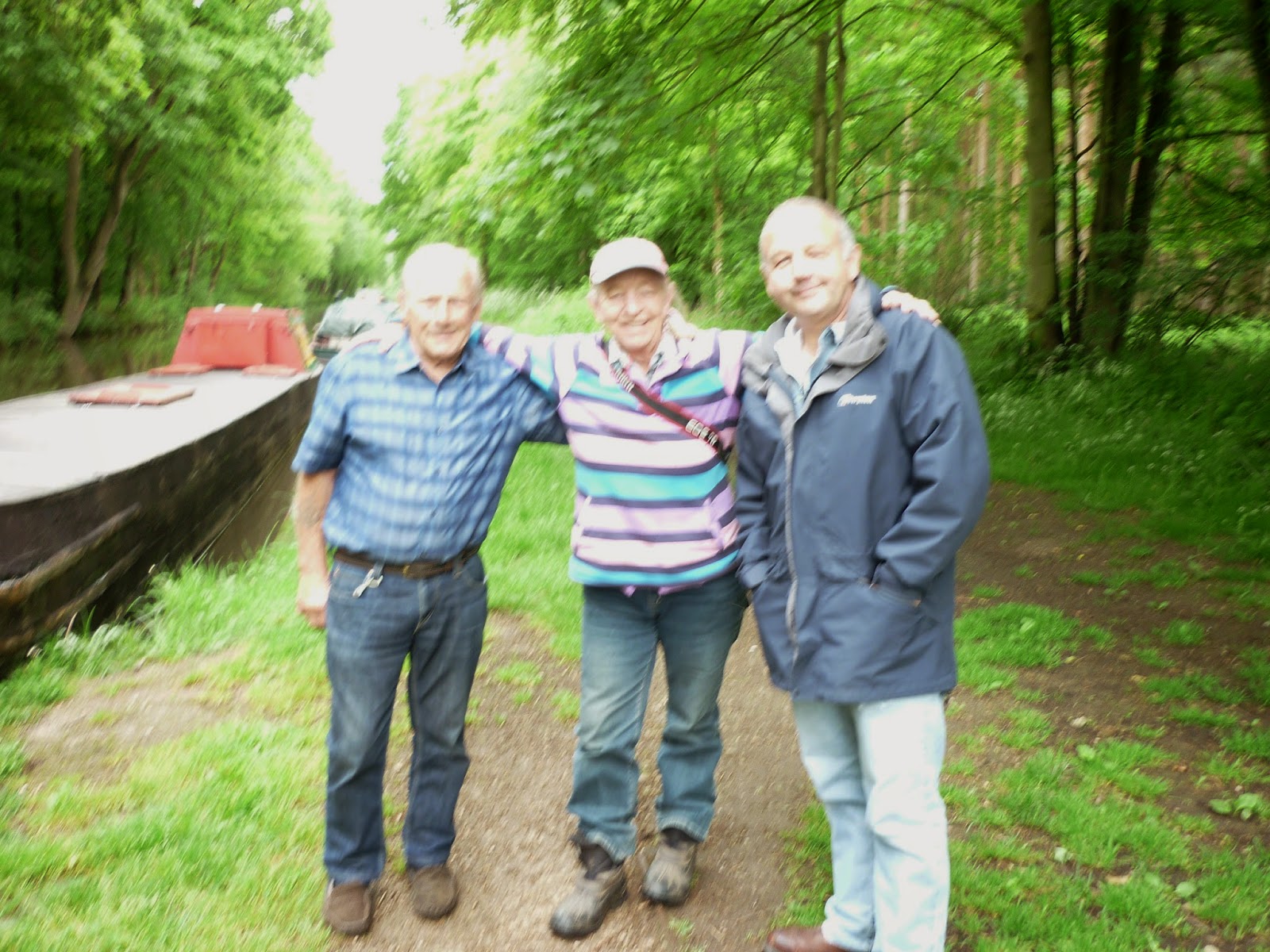 When we left to walk back to R&R Sue walked with us and brought the dogs for a walk too, and after we said our goo byes to Sue we started getting ready to leave our mooring, then something happened that could have been fatal! There was a young woman sat at the water point close to the edge of the canal and she had a little toddler in a buggy and also was holding a labrador on a lead, I never saw what happened next but Kev did!! She had the buggy facing the water and for a brief moment she let go and the buggy and the child went into the canal!! She managed to grab the buggy but was slipping down herself, I heard her screaming for help and Kev was on his way but a workman saw her and a couple of women from the cafe and they managed to get the buggy with the toddler strapped into it out of the canal. What an absolute nightmare for the poor little child's Kev said if the mother had let go the child would have drowned but if she had let go he would have jumped in the canal for the child. It was a silly thing to do to sit with the buggy facing the water  and so close to the edge but sometimes people just don't think what they are doing and I wonder how it will affect the toddler in the future about water. Anyway at least it was ok in the end and the staff from the cafe were lovely and took them in for a hot drink. 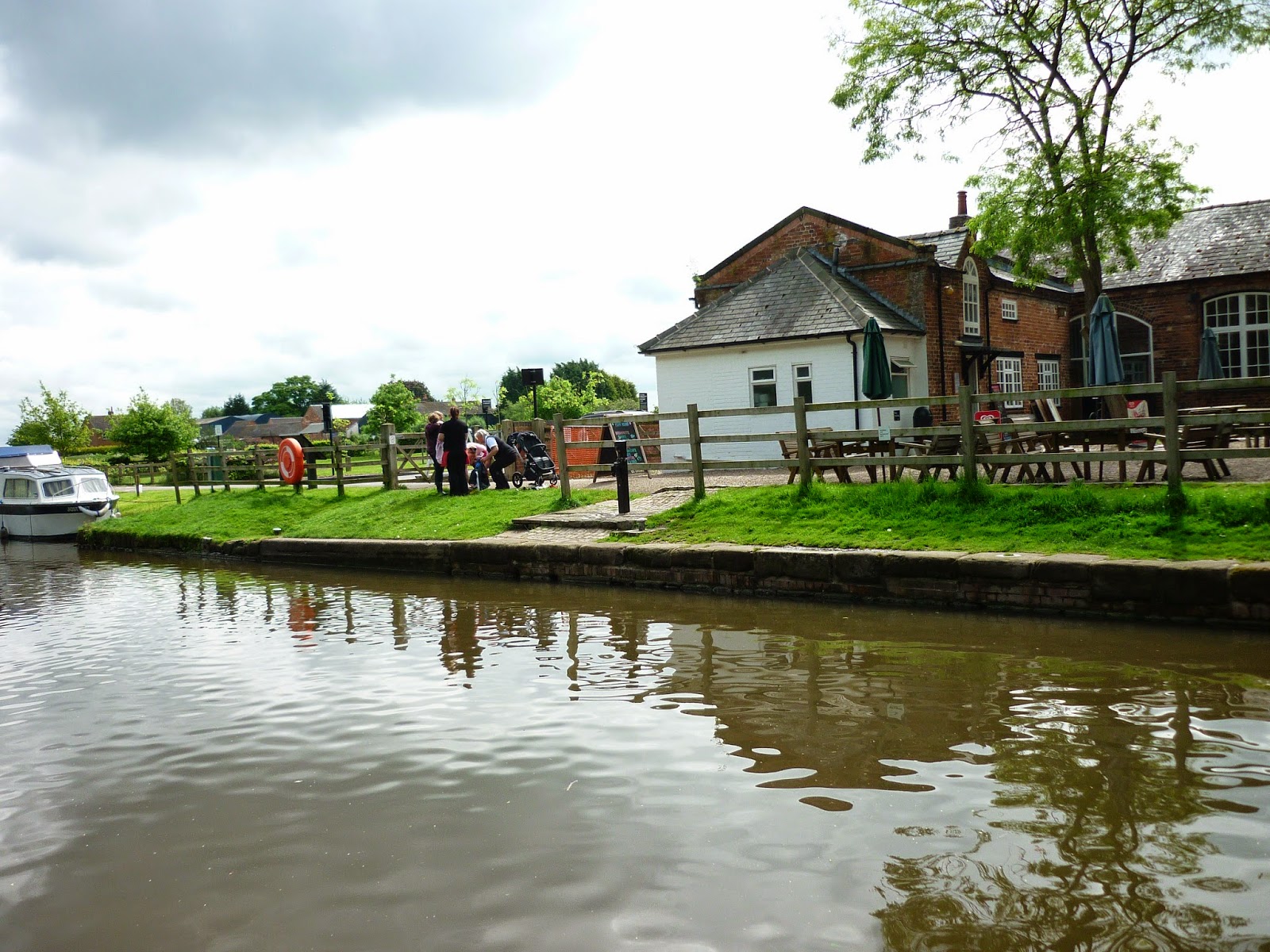 This is a photo of the mother,toddler and the staff after the rescue!

After all that we prepared to get away from the mooring at Fradley and left about 12.45pm and headed down the lock and onto Alrewas where we moored just after the winding hole near the bridge and Kev walked to the shop for some cream as he wanted to have it with his carrot cake he was having with a cuppa (plenty of calories there then) Anyway once we were refreshed we headed off to the lock and onto the section of river. 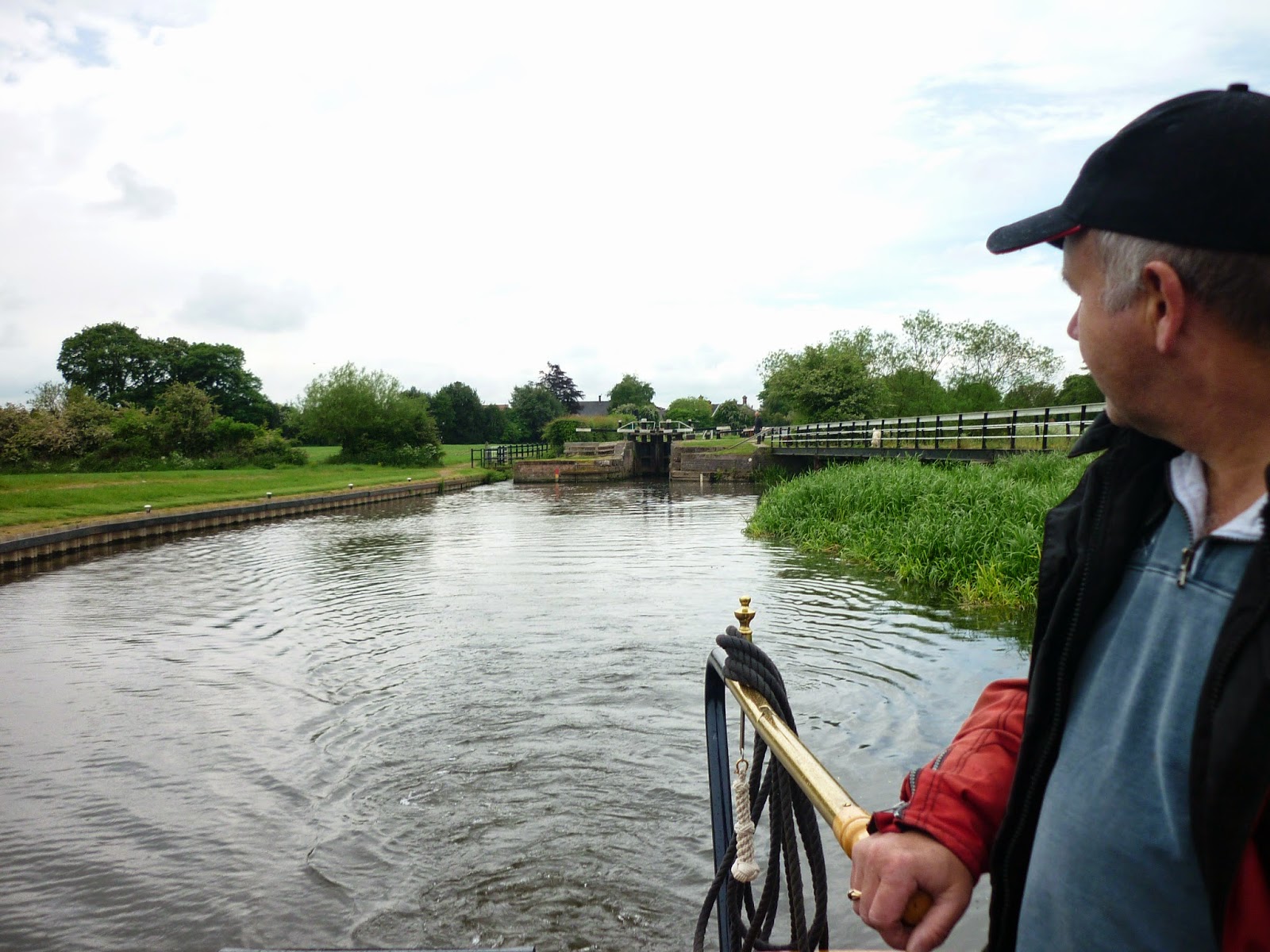 Onto the river looking back at the lock 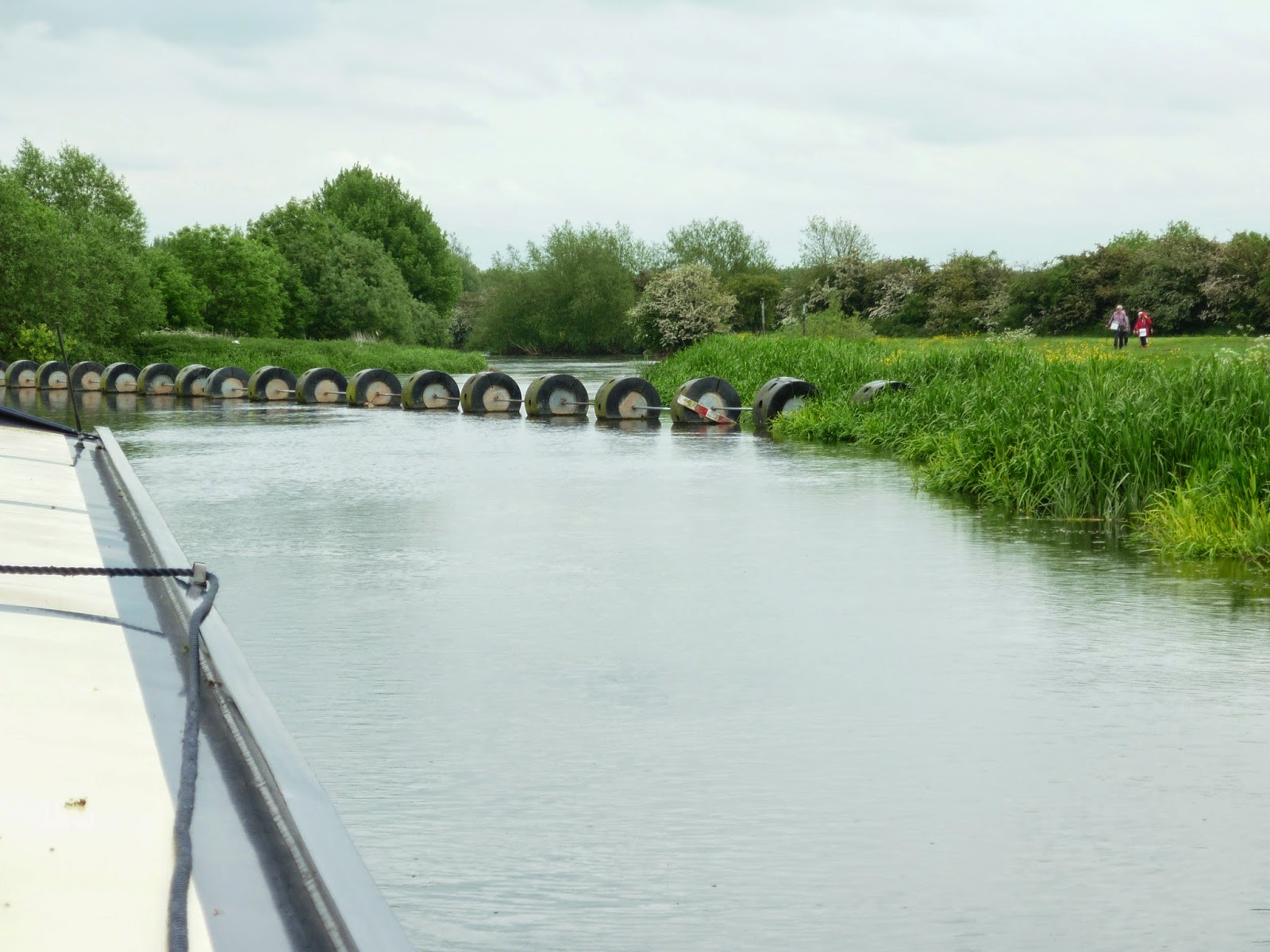 And passed the weir 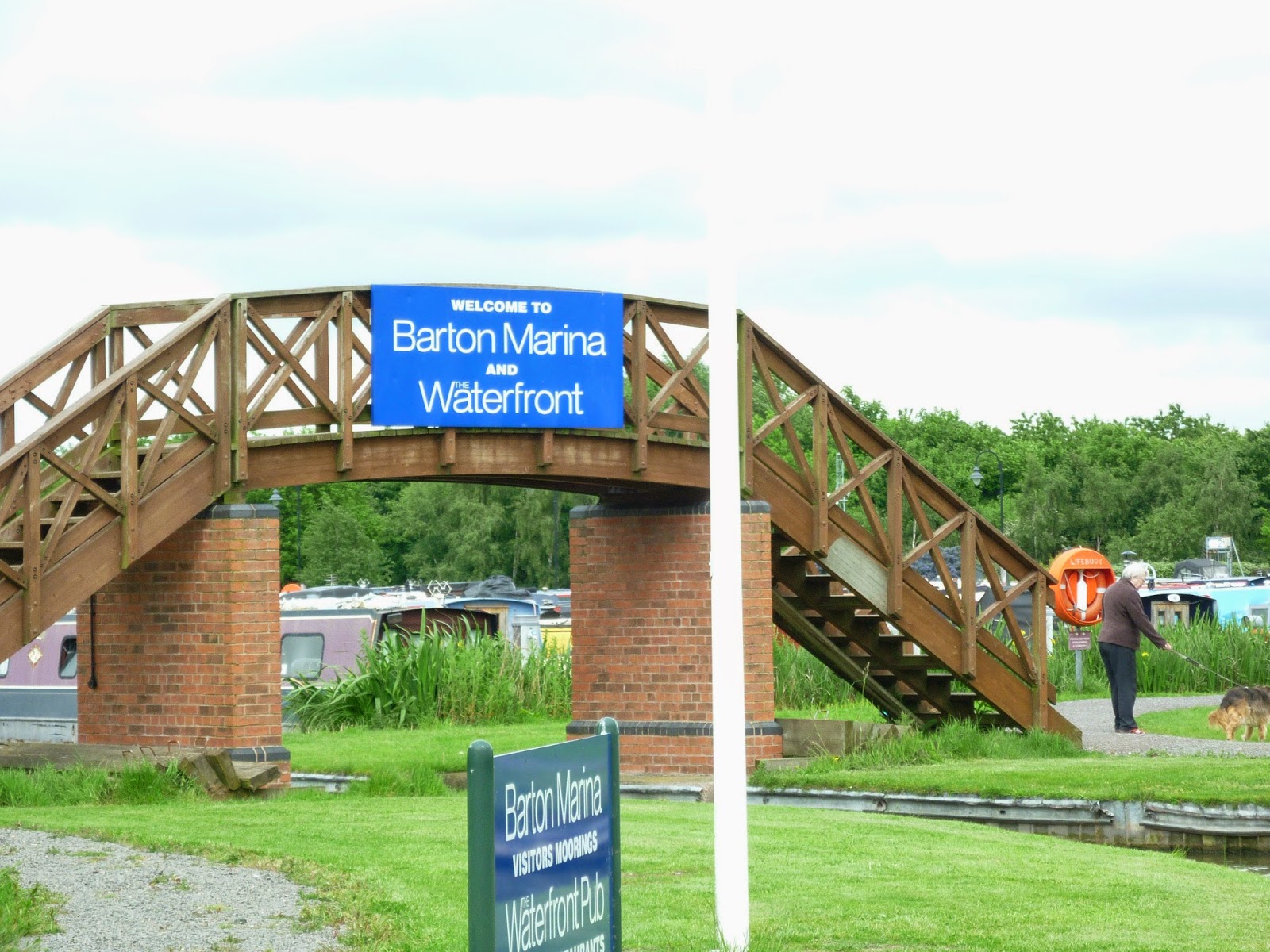