A nice cuppa with nice people!

It was quite warm this morning first thing and there was plenty of boats on the move again, I took Buster for a walk round the wildlife reserve and the small lake was very tranquil. 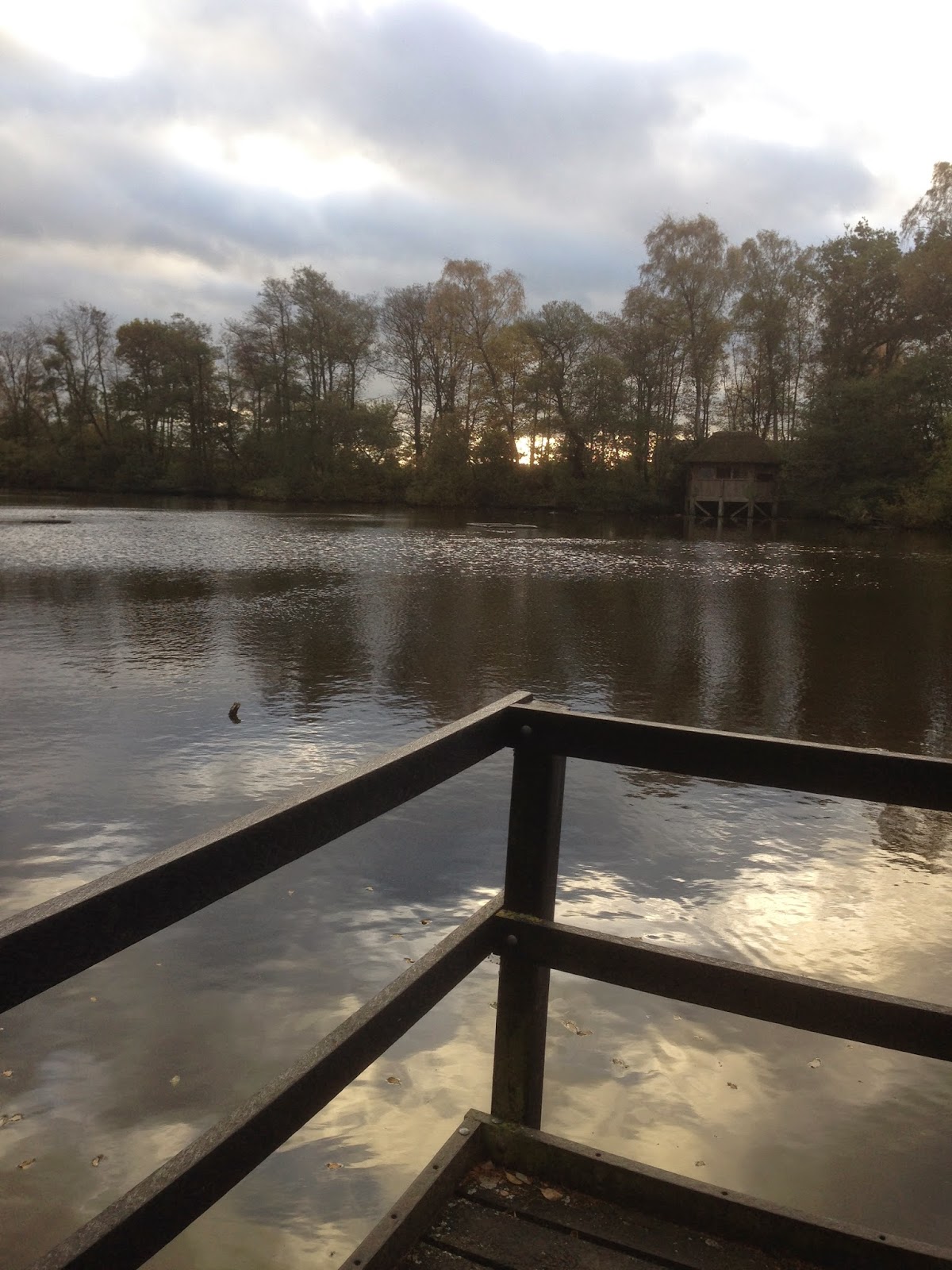 Kev had a walk to take the rubbish & empty the cassette and then we had a walk round to see Pam & Terry before they left and as we walked to the junction of the Coventry Canal we saw Pam & Terry on nb Roosters Rest just winding (turning) to go back through the swing bridge, they had been moored near nb Seyella but needed to be facing the opposite way as they would be heading for Hopwas later today. 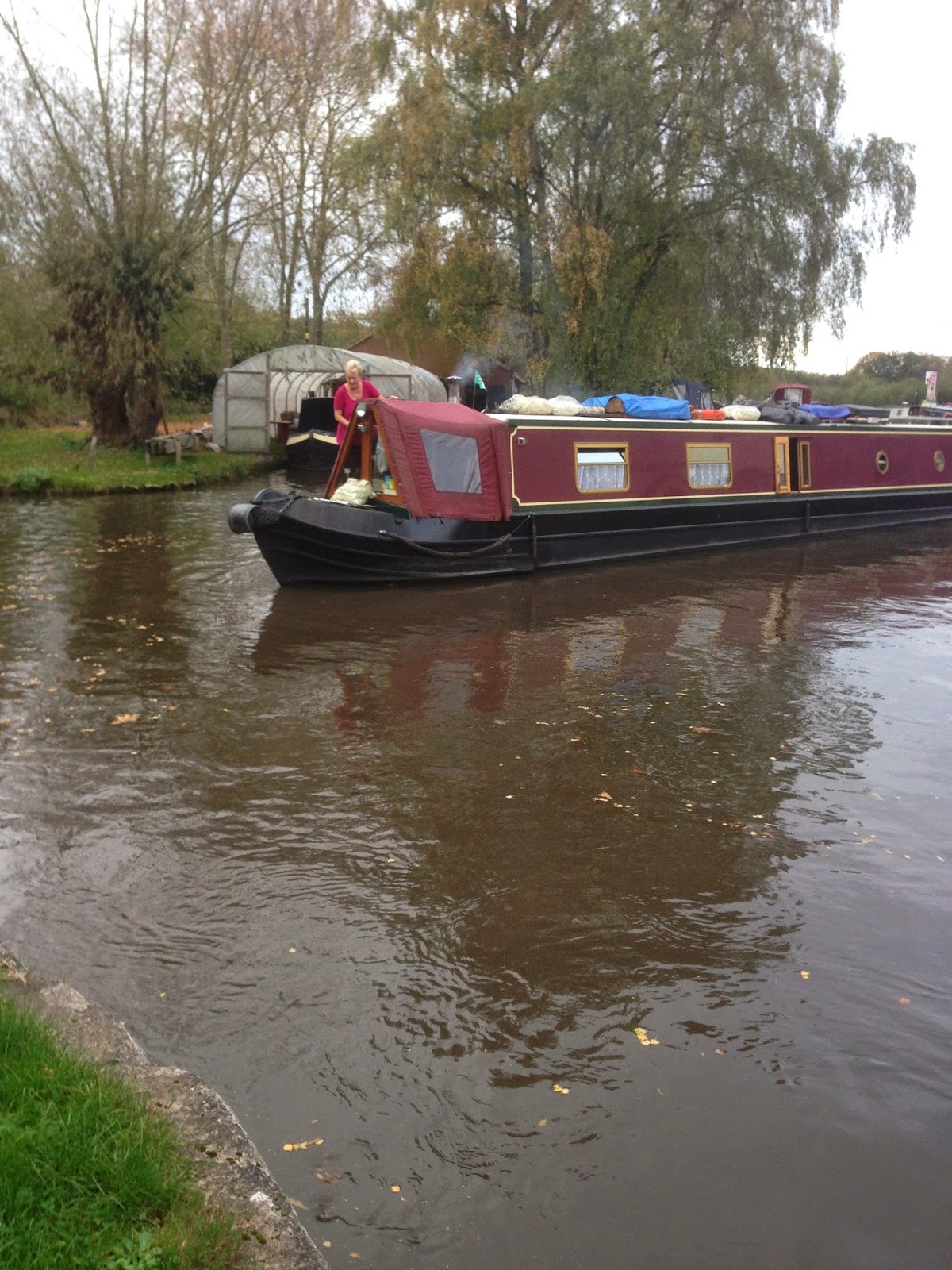 Pam is keeping a lookout! 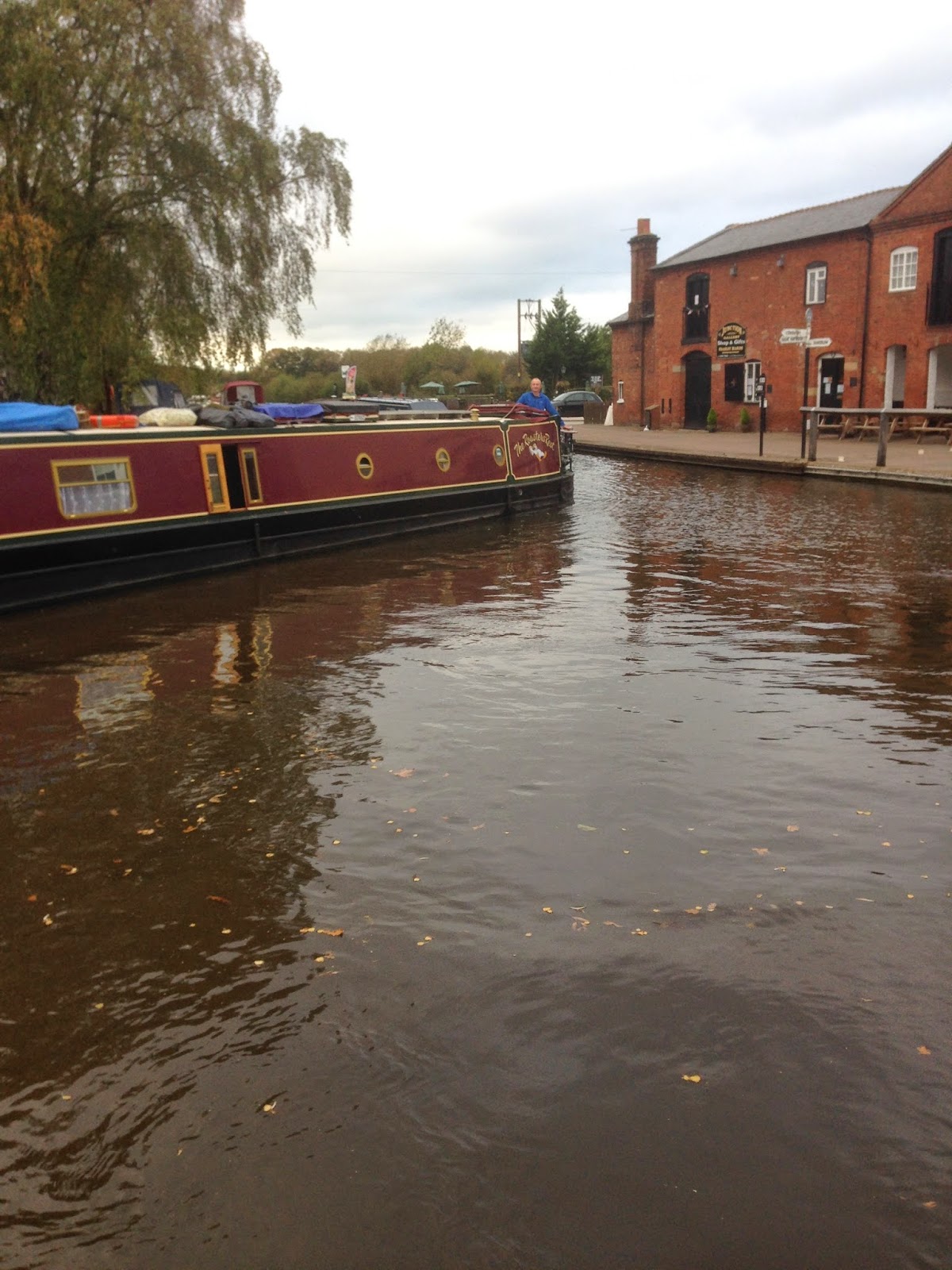 Whilst Terry manoeuvres the boat!
We then walked along the Coventry Canal to see Geoff & Mags for a cuppa and we were then joined by Pam & Terry once they had moored ahead of Seyella. (In case any of you boaters are not aware that soon you will need a BW key to operate the swing bridge here.) 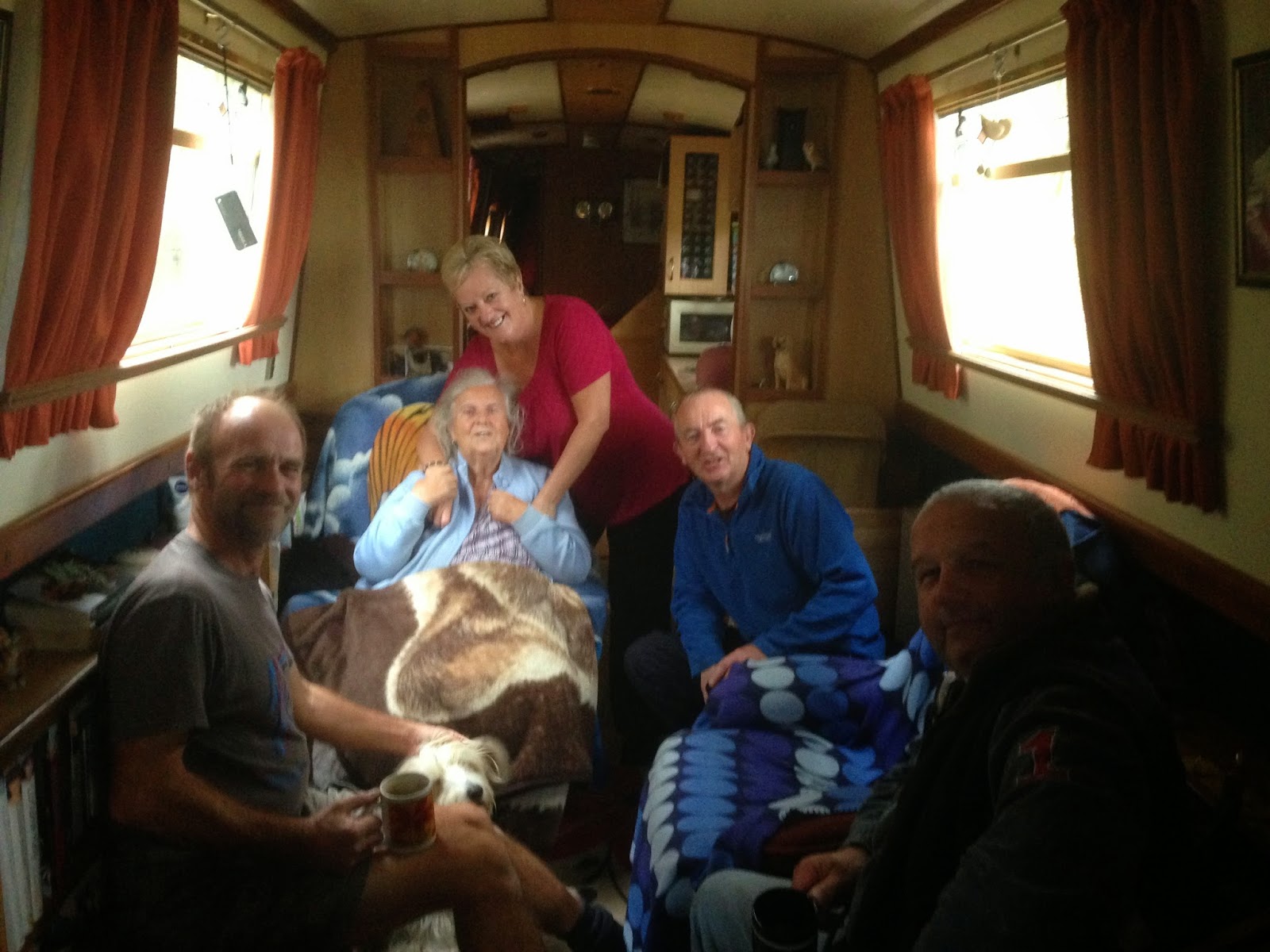 What a lot of lovely smiles!!

We all had a good chat and a good cuppa too nice to see you all, we left Seyella and headed back to R&R and there were still quite a few boats about and I went to get the lock ready while Kev moved off the mooring and along to the lock landing where he waited behind a boat that was already waiting to go into the lock. There were volunteers on the locks today at Fradley so it was a bit easier doing the locks. We were late getting away today after our visiting and it was around 11am when we set off, we stopped briefly at Rugely as I needed to pop to Tesco for a few bits and pieces and then we finally moored at 4.30pm at Taft bridge.
Posted by Unknown at 11:53