A final trip & remembering loved ones

We have had a busy time lately and so now we decided it was time to have a week away on the boat as there are stoppages at the beginning of November. Yesterday I took my mam to the pier in Hull on the river Humber to lay some flowers for my late dad Jack. He was an Ocean Going Tug master for many years and worked originally for a company called United Towing which had their offices close to the pier. The docking/ river tugs used to tie up alongside the pier so it is fitting that we lay the flowers each year here, my dad died the year (2008) we had our first boat 4EverMoore built and never got to get aboard her. After my dad died my brother John and myself asked Paul Escreet who is one of the directors of SMS Tugs,  if we could take dads  ashes onto the Humber to scatter and he willingly took us out on a tug to do this and we thanked him greatly, he knew my dad very well and said it was his way of showing his respect for him. 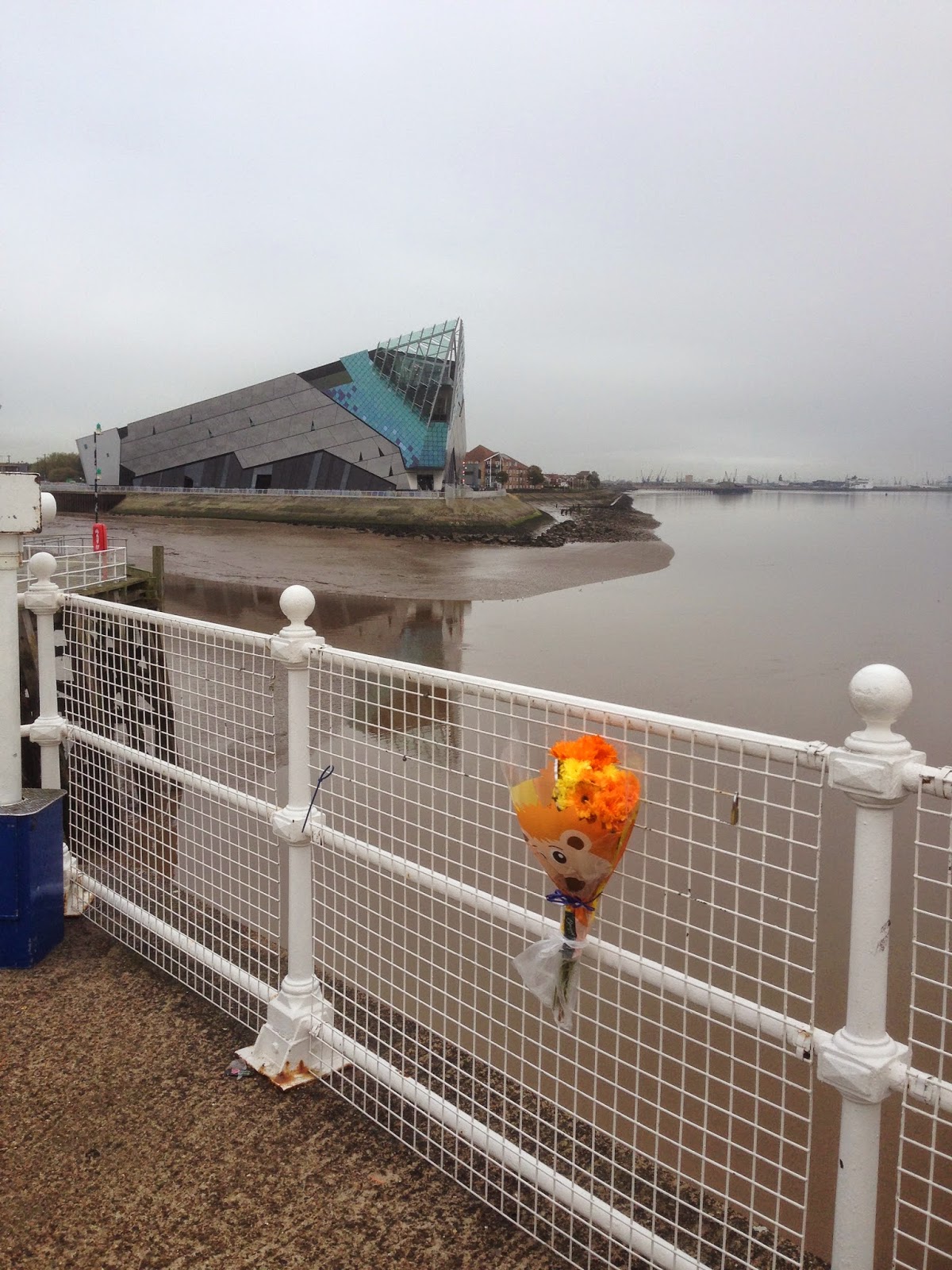 The Deep is in the background 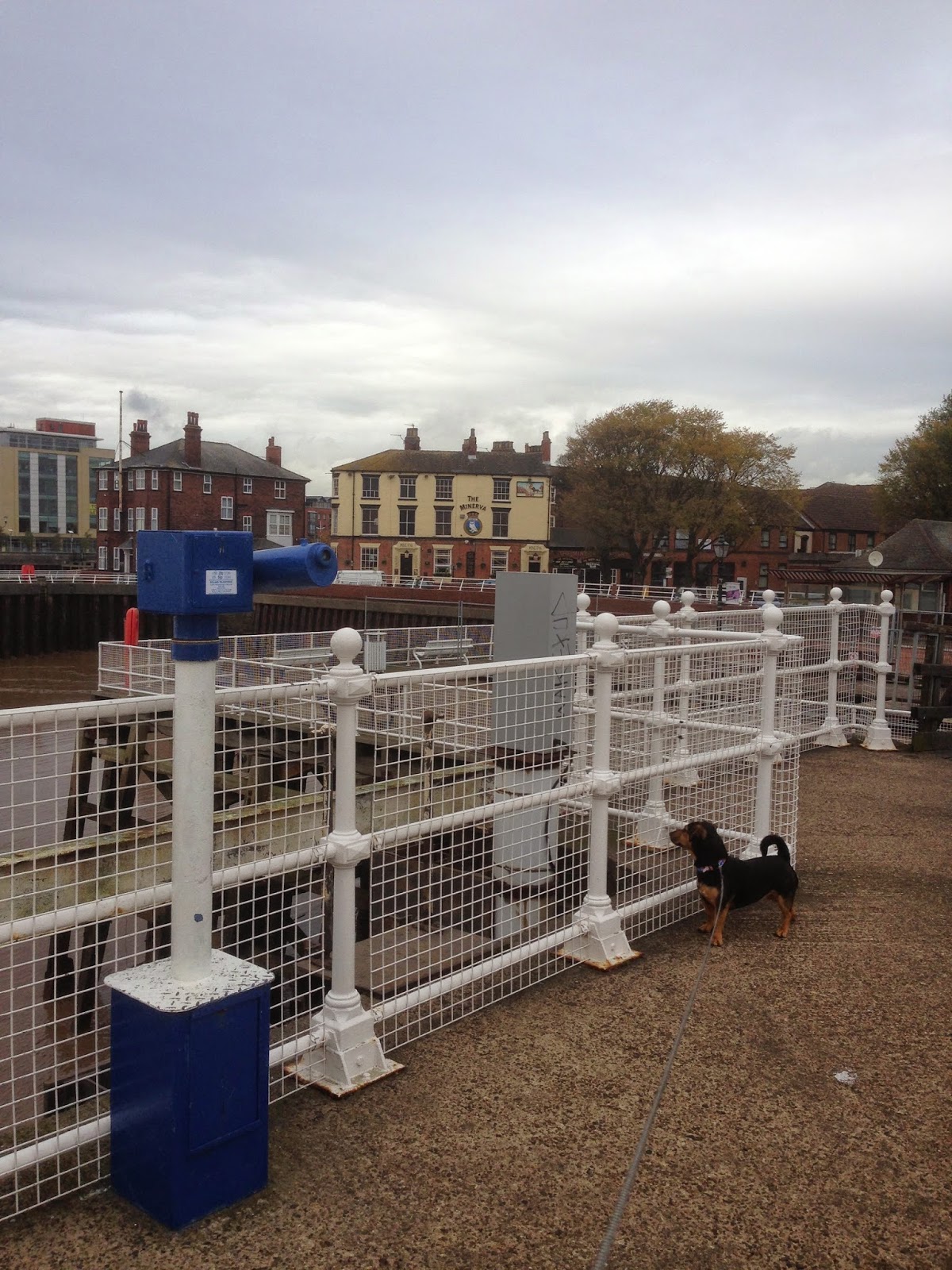 The Minerva pub in the background & Sharrin my mams dog! 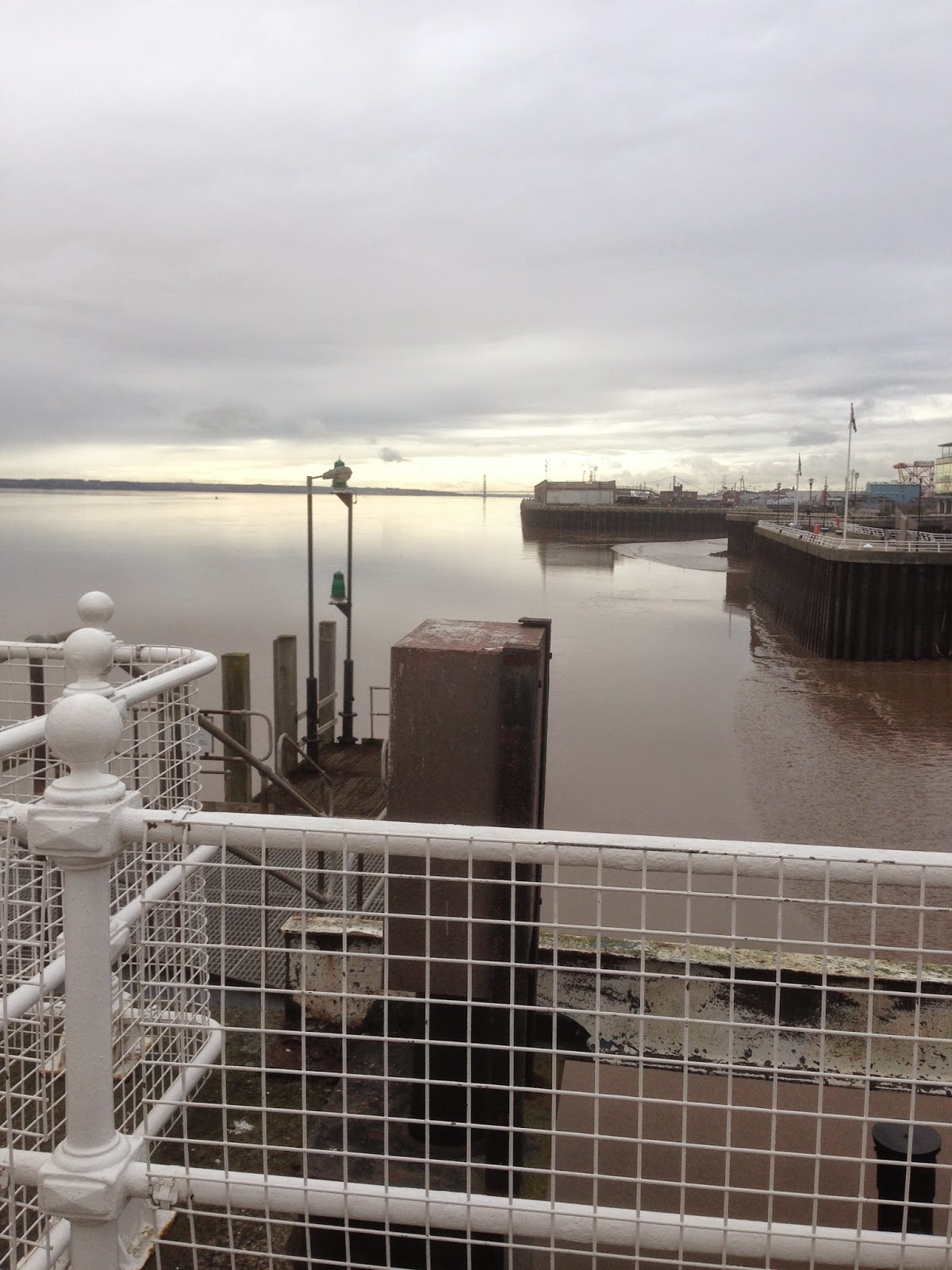 looking towards the Humber Bridge 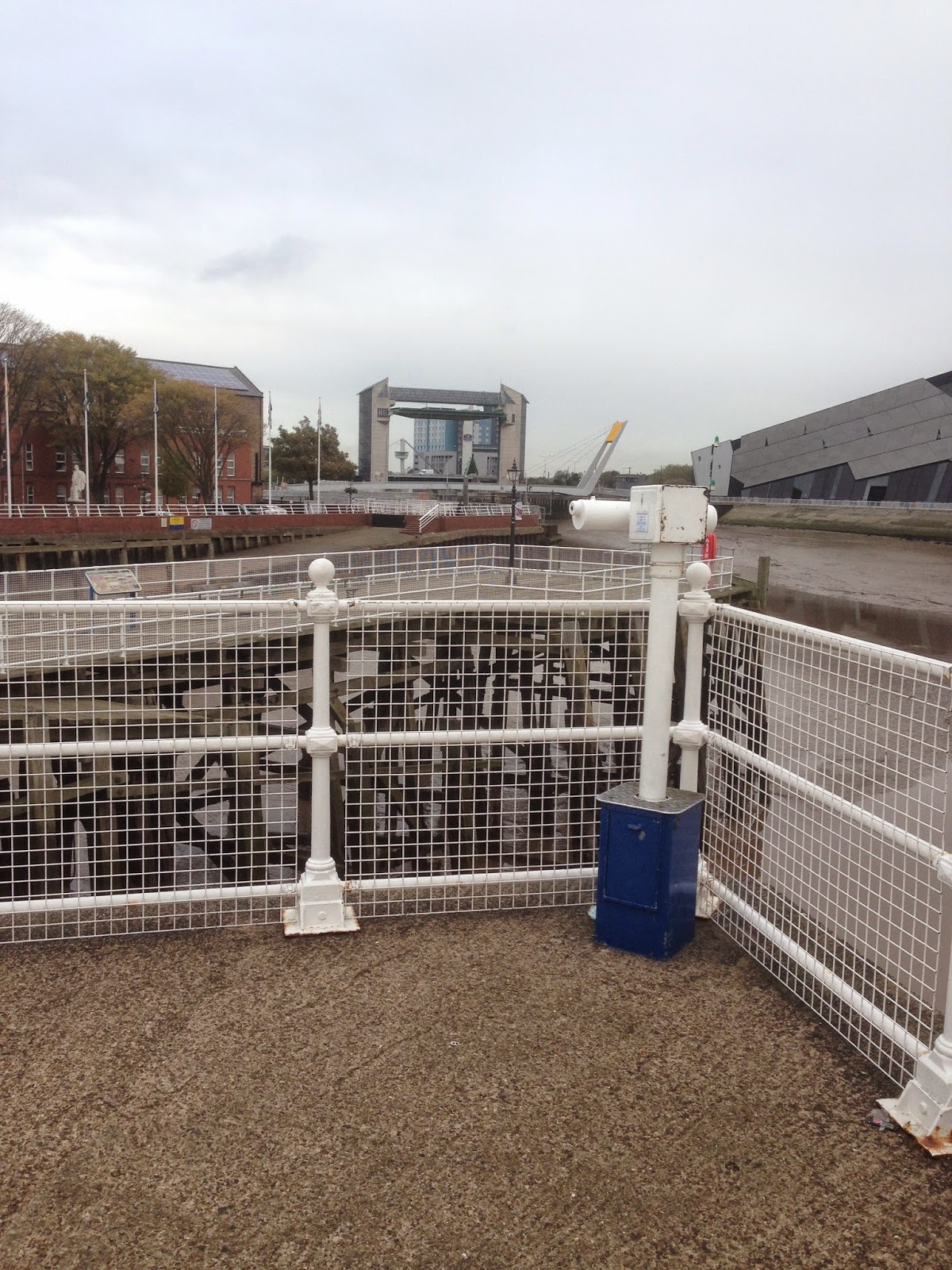 There has been a lot of sad news just lately and our thoughts go out to Del & Al on Derwent6 and to Sue & Vic on No Problem as they all have lost loved ones recently.
Anyway back to boating! We left home early this morning and got on board Rock & Roll around 8.15 am and once we were all unpacked we were ready to leave the marina at 10.am.  We didn't really expect to see many boats today but there have been quite a few boats on the move, it was quite cool at times but was at least a fine day and after getting through Shardlow lock on our own. When we were approaching Aston lock we noticed a hire boat inside the lock ready to go up and then the gates started to close so we sounded the horn to let them know we were there and they then heard us and opened the gates for us to go in and we shared the lock with them and also shared the rest of the double locks and finally we moored on the 48 hour visitor moorings at Willington. We are now getting ready to go out for a pint or 3 and maybe something to eat! Tomorrow we will head for Fradley to rendezvous with fellow boaters Pam & Terry on n.b.'Rooster's Rest' for yet another pint or more!!