Near Miss On Way To Boat!

Kev has finally retired!! Sam has finished all his GCSE exams and has moved out! So today was going to be a new start on the boat for us!
As Sam is flying to Majorca tomorrow, we picked him up from Helen's (his new home) today and we headed off for the marina and he would spend the night with us on R&R  then we will be getting him to East Midlands Airport tomorrow afternoon.

I was driving on the M1 and there is a 50mph speed limit for several miles and as I passed Woodhall services and was in the middle lane, there was a lorry on the inside lane. I was alongside it and nearly towards the front of the lorry when it veered into me!! BANG!!! Kev was in the passenger seat and Sam was sat behind me, they both soon woke up to me screaming and crying as the lorry took me along with it!! 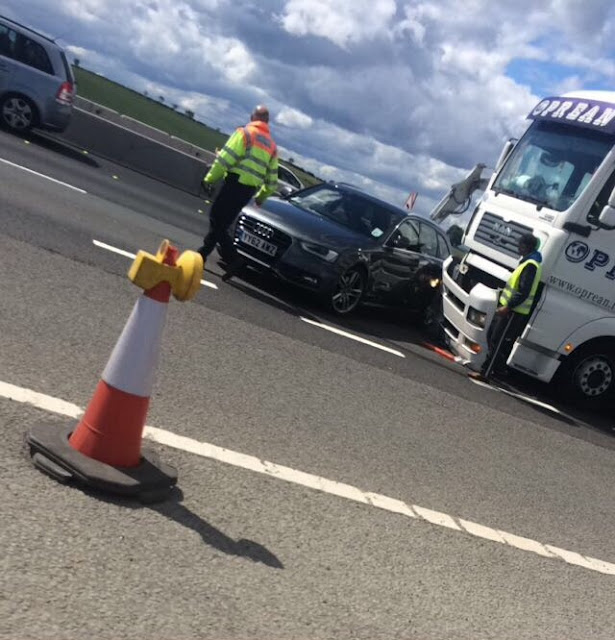 Here is where my car ended up!
We were all safe & uninjured thank god, we had witnesses and Kev rang the police and then VOSA turned up as the police didn't come if there were no injuries. The lorry driver didn't get out of the cab at first. Kev & Sam got me out of the car and onto the hard shoulder where there were a few witnesses waiting to help in any way and I must say a big thank you to them. The lorry I may add was Romanian!! Apparently  this sort of incident is a regular occurrence as the drivers can't see you in their blind spot!! 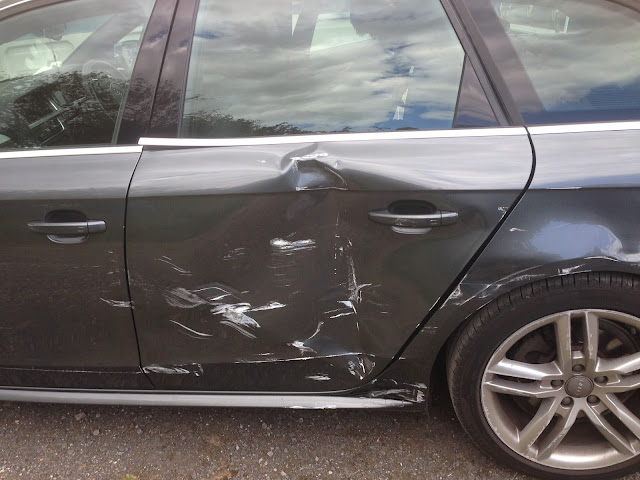 This is the point the lorry hit me 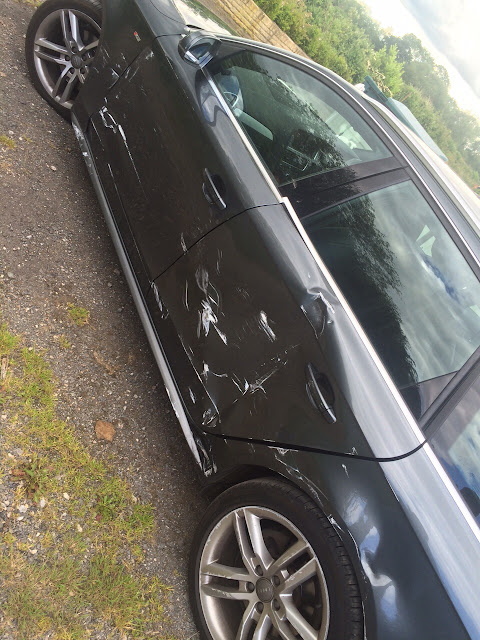 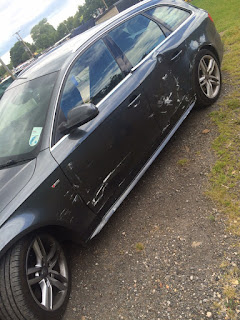 We made it to the marina but Kev had to drive as I was too shaken up
So tomorrow we have to inform our insurance company, we had rang them earlier  but will have to ring them again tomorrow as I had forgotten to change our address so first we have to ring customer services to do that then ring the claims back up. We have our accident number from the police and all the details of the Romanian driver & his company!
Posted by Unknown at 12:51