Home, birthdays & another trip to the vet!!

On Thursday we arrived at the Harecastle tunnel just before lunch and while we waited for our slot to go through we had a bite to eat and Kev popped Jaz for a quick walk and then it was time to go and we were the only boat going through. 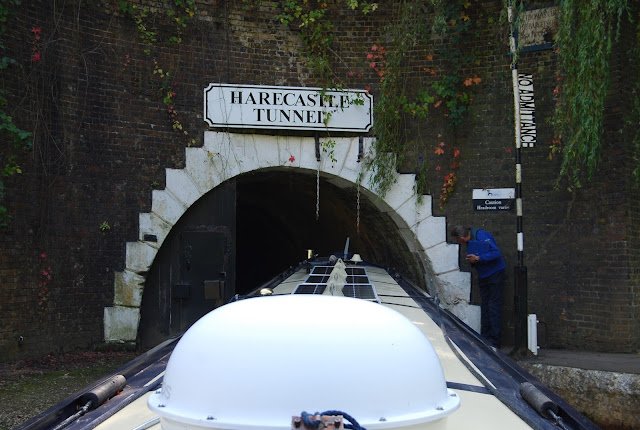 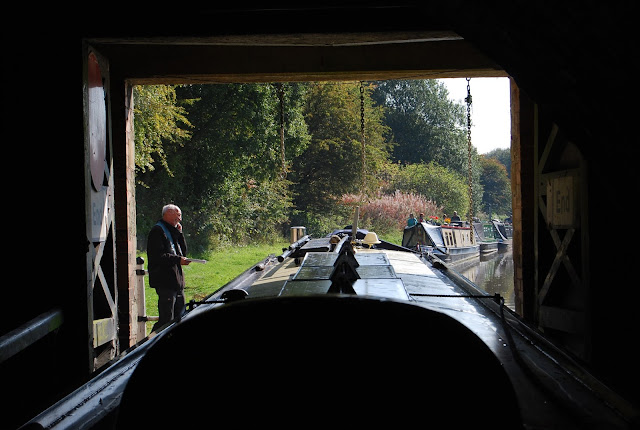 And exiting the tunnel!
We didn't go far after exiting the tunnel and moored at Westport Lake moorings for the day. We didn't go further as we had booked moorings at Festival Park marina from Friday until Tuesday as we were going home for a few reasons. It was Sam's 17th birthday on 6th October and his mum Kirsty was over from Majorca and was staying at Helens with him. Also we wanted to pick up our car and get it to Shardlow marina so it would be there for us when we return at the beginning of November. The last thing was that once again we needed to get Jaz to our vets as she has still been suffering with skin problems and had started losing hair in places.
On Friday morning we left Westport Lake moorings and headed to Festival Park marina, and we moored on one of the Black Prince hire boat moorings, the people at the hire boat company were very helpful and friendly. We were expecting to be picked up at 2pm as we had an Enterprise car booked and we had a call from them to say as the traffic was heavy they may be a bit late and they arrived about 2.20pm. Once we were sorted and had our car we got back to the boat and packed our things into it and with Jaz in her cage we were soon on our way and we finally were home at 7pm.
We had a busy weekend with family and on Monday morning Kev had to take his BMW bike to a garage near Grimsby for a recall and so I took Jaz to the vets.
The vet was lovely and told me he thought he knew just by looking at her that it was mites! He said they could be either Demodectic mites or Sarcoptic mites and so he wanted to do a skin scrape on some of the areas and he took 2 from her head and 1 from near her shoulder and she was very good and let him do it. He took the scrapes on slides to see them under a microscope and when he came back he said they were Demodectic mites and showed me on a photo what they looked like. He said that he could treat them with drops onto her neck similar to treatment for fleas but that she may be immune to that as I had previously had a treatment like that on her before. The other treatment he said was a bit messy but would probably be the better option, and it was a solution called Aludex (used also for Mange) He said that it had a very stong smell but that I had to dilute 10mls of it to 1 litre of warm water and sponge it all over her but not to rinse it off and let had dry by herself. So on Monday afternoon Kev and I got her stood in the bath and started the treatment and she will have to have it done once every week. Since she has had it done she has been very lethargic and has slept a bit but is eating and drinking fine. Poor little girl she looks so sad and we felt mean doing it but fingers crossed we will get her sorted. 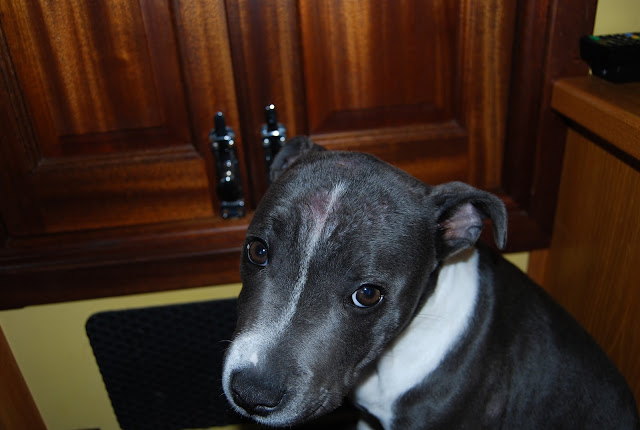 Jaz with a bit of hair loss on her head!
On Monday evening we met Sam, Kirsty & Helen at Frankie & Benny's for a meal as we wouldnt see Sam on his birthday, and we had a lovely time. Kirsty got him a special non alcohol cocktail and the staff played happy birthday on the PA system, very embarrassing for him but he took it well! 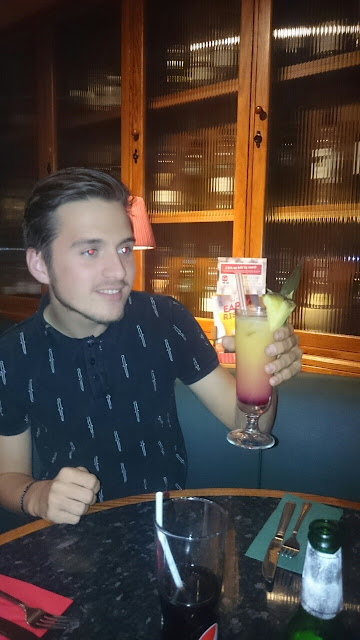 Looking quite grown up now 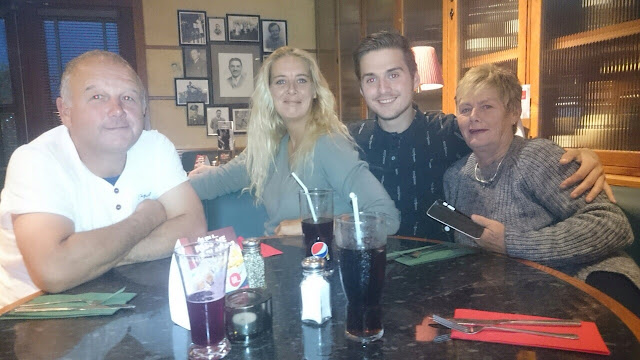 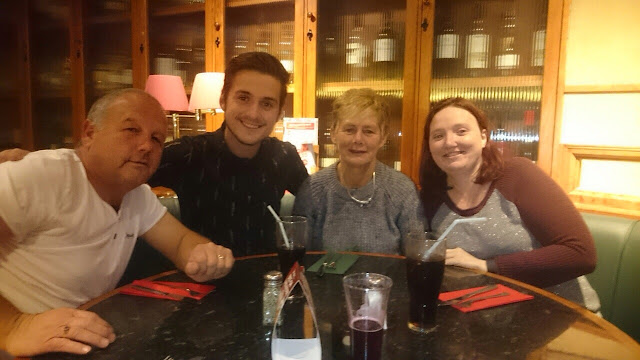 Kev, Sam, me & Helen
We said our goodbyes and got home just before 9pm and wanted to make sure Jaz was ok and she was fast asleep when we walked in.
Yesterday morning we were up at 5am, and by 6.15am we were on our way, Kev in our car and me & Jaz in the hire car. We got to our marina at Shardlow about 9.30am and parked our car there and then Kev walked jaz to the entrance gates to stretch her legs and do any business and then we were on our way back to Stoke on Trent and were back at Festival Park about an hour later. Once the hire car was unpacked we took the car back to Enterprise and we got our lift back to the boat where we left and made our way along the Trent and Mersey canal and got to our first lock at Etruria. We did all the 6 locks along the way to Barlaston where we finally moored for the day. It had poured with rain from Etruria and at times the rain was bouncing off the canal. Jaz wasn't daft she got herself laid down below while we were in the rain!