Weekend in Stone now in the countryside.

We stayed at Barlaston as it rained on Wednesday, I noticed that when I had a walk to the shop over the bridge where the Plume of Feathers is that there was some writing under the name saying" with Neil Morrisey", I wondered if this was the actor and apparently it is him. We only realised this as we were leaving on Thursday when Kev had been speaking to another boater  who had told Kev that he had been in the pub and that the actor Martin Clunes had been in there too. So The Plume of Feathers is now owned by Neil Morrisey!
We got to Stone late morning and moored before the Star lock, there was a boat moored along there too that we knew. We had met the couple on the boat nb Puddleduck  briefly when we were on the Weaver and they were travelling with another couple on their boat but had parted company in Middlewich.
Kev spoke to Phil (Nb Puddleduck) and was told that his wife (who's name we never got) had gone down south to her mother as she was ill and had to be admitted to hospital, their car was parked in Stone so she would be either coming back to Stone or meeting Phil further along the canal. Kev went for a few pints with Phil in the evening while I stayed with Jaz. On Friday morning Phil decided to move down through The Star lock so I went and worked the lock for him while Kev moved R&R up onto Puddleducks mooring as it was in the sunshine and would get some sun on the solar panels.
We stayed in Stone for a few days and I went into one of the many charity shops and bought Jaz a childs long sleeved T-shirt to wear in the night as she was still itching a lot and it was keeping her awake. It has worked and she slept a lot better! 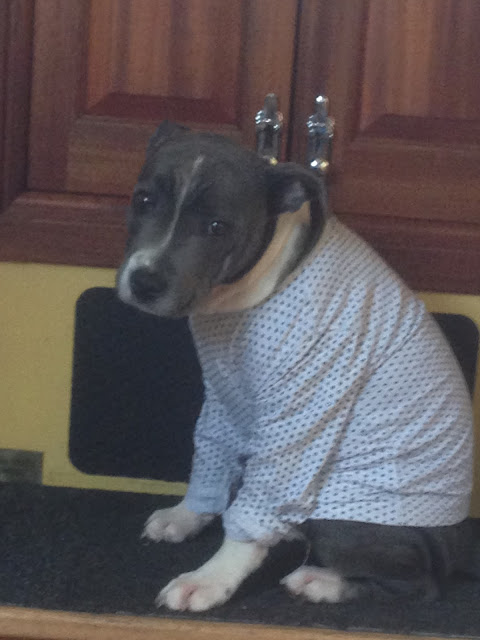 Jaz in her PJ'S!
We had some good walks with Jaz and walked down along the river Trent where we noticed a slalom course. We had seen on the playing field there was a building that said it was a canoe club so they must use this course. 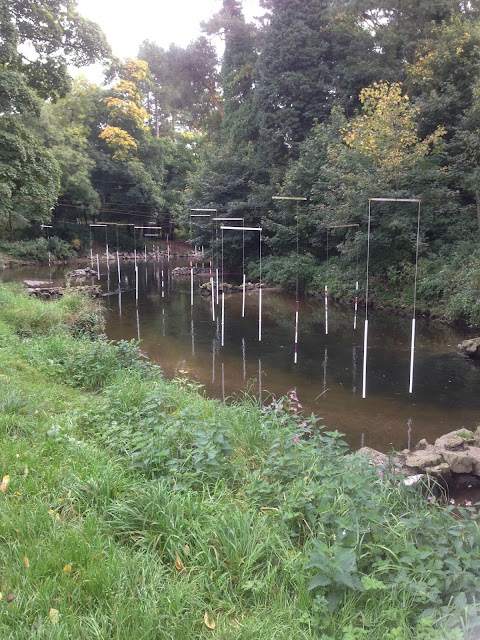 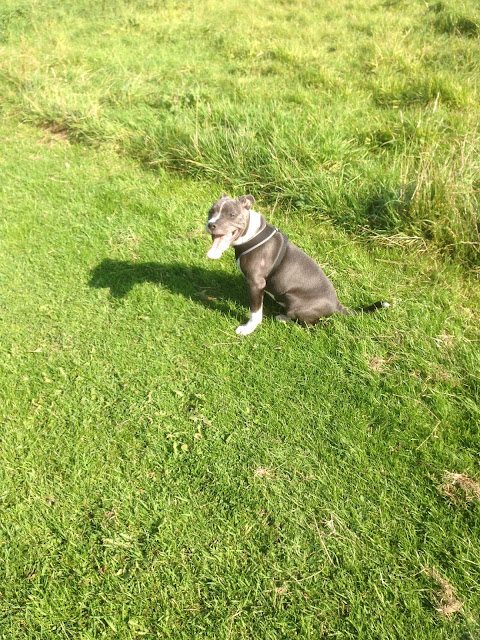 On Sunday morning we left our mooring and headed down the Star lock, we passed Nb Puddleduck but no sign of Phil! 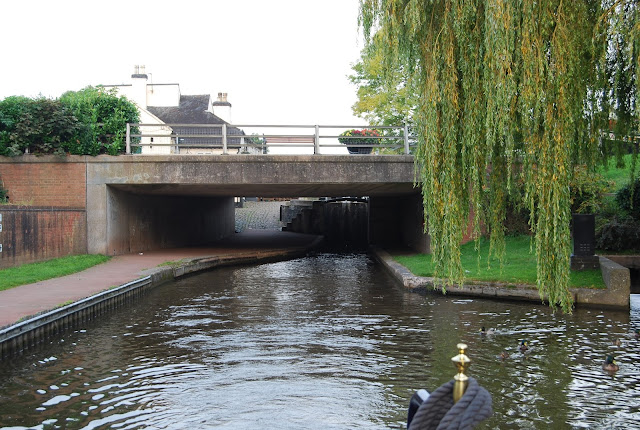 looking behind at Star lock 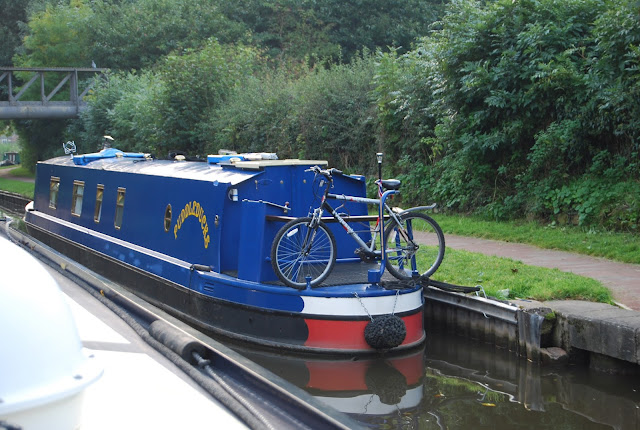 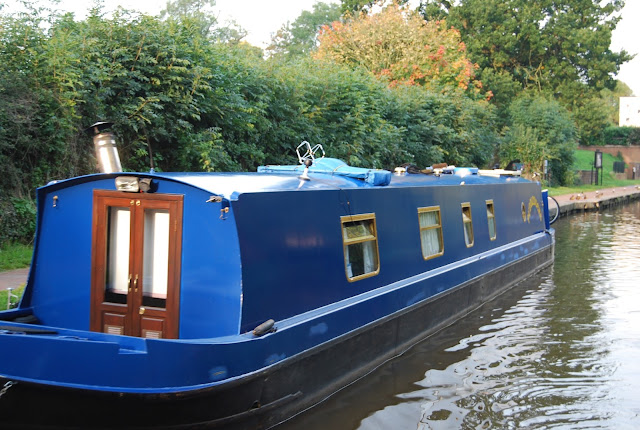 All quiet on Puddleduck!
We didn't travel too far we headed down Aston lock and we finally moored shortly after we had gone through  Lower Burston bridge. 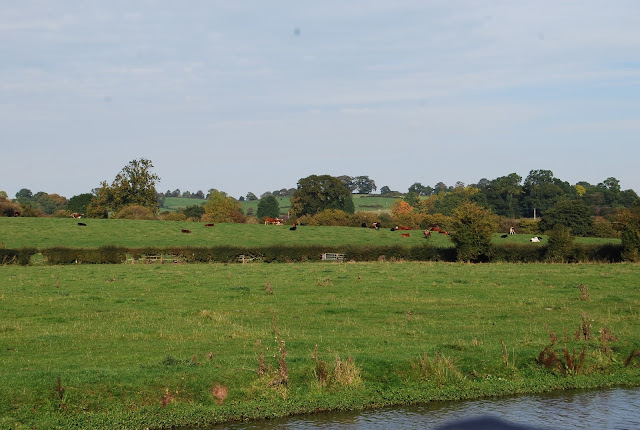 The view opposite our mooring 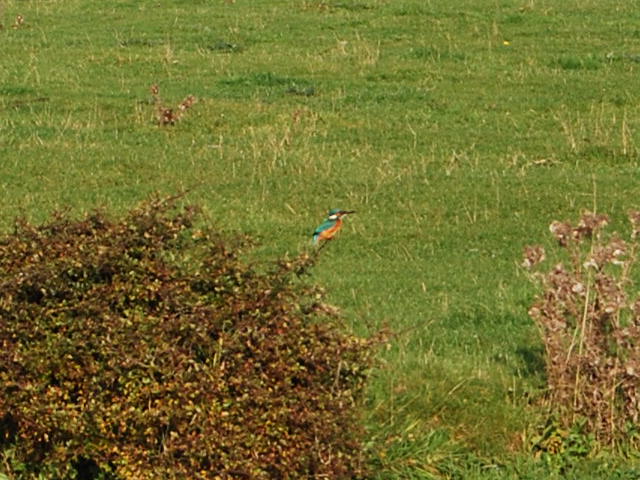 It was a lovely day yesterday and we took Jaz for a walk and when we got to the bridge at Sandon lock we thought we would have a walk to the Dog & Doublet pub, I must admit it wasn't ideal for walking as there wasn't a footpath at all and certainly wasn't good for walking Jaz but it was only about a five minute walk on the road to the pub which was long enough!
This morning when we woke up there was a frost on the grass and it was a bit misty too! 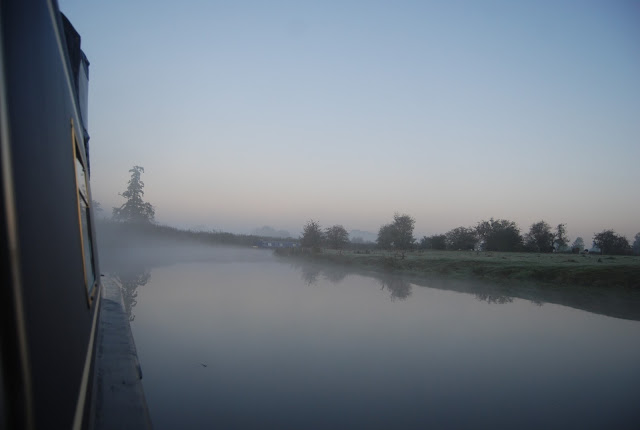 What a difference to when we arrived! 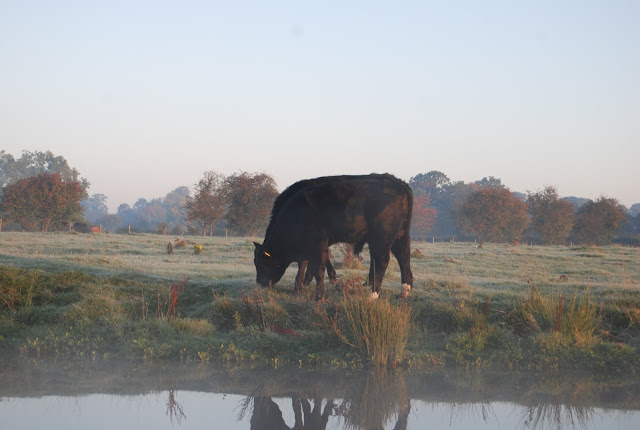 The cows seemed to be enjoying the wet grass!
This morning I had to bath Jaz in the Aludex solution again and felt very mean, it made her sick but she is ok now but hopefully we won't need to repeat this much more as she doesn't seem to be itching as much and her hair is growing back in places albeit very slowly!