A few good days cruising & a Gem of a pub!

We have had some good weather since leaving Shardlow, on Monday we were moored above Stenson lock and had a walk across to The Bubble Inn which is a pub we have never been to before even though we have been past plenty of times, we took Jaz and actually sat outside in glorious sunshine!
On Tuesday though the weather wasn't as good but at least it didn't rain and the towpaths are recovering from all the wet weather, we moored just before Shobnall Marina at bridge 33 and we had a walk to a pub that Kev had been told about when he was in the dry dock blacking R&R. It was about a 20minute walk and is on Cross Street opposite the Coors Brewery and it is called The Coopers Tavern. I don't know how many of you fellow boaters have ventured to this little gem but what a surprise it was to find a pub that was once a place where the breweries used to store bottled beer and the men started to have a drink there so much so that it was then made into the pub it is today! Very friendly too, I only took one photo as there where a lot of people in the other 2 rooms, and I felt a bit odd taking photos but now I wish I had... 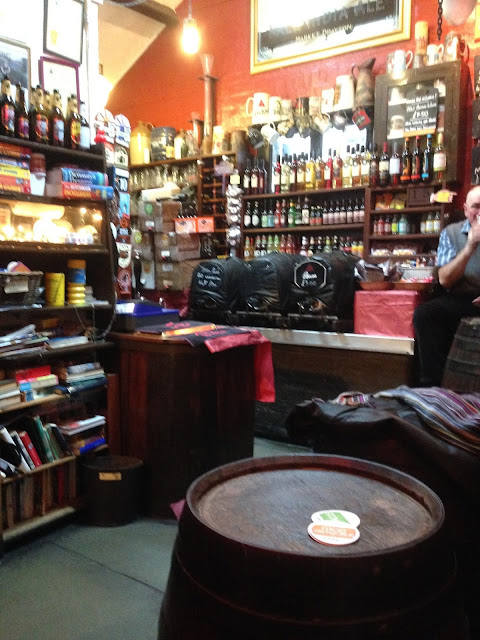 This is the main bar the till is the blue object on the left of the photo where you are served!
Yesterday morning before we left Shobnall Kev reversed R&R into Shobnall Marina to fill with fuel 59 pence per litre and then I walked with Jaz to our first lock of the day Branston Lock while Kev stayed on R&R following me to the lock where I did have help from a nice young lad called Michael, he is always around helping people through the locks and he had helped us last year when we were heading back to Shardlow. Once we up through Branston lock I got back on board with Jaz, and Michael closed the lock gate for us, he went walking off ahead of us with his dog and was waiting at the next lock which was Tatenhill  and helped us once again! We said our goodbyes to him there and we carried on, by the the time we were through Wychnor lock and on the short stretch of river leading to Alrewas the wind had picked up, We finally got up through the lock at Alrewas and managed to moor before the water point.
This morning I did some cleaning and Kev washed the towpath side of the boat, another lovely day, although this morning it was a bit grey but after lunch with the sun shining we had a walk with Jaz heading to Fradley and we did think to stop for a pint when we got there but we both realised neither of us had any money with us! So we didn't make it that far and turned around before we got to Common lock. 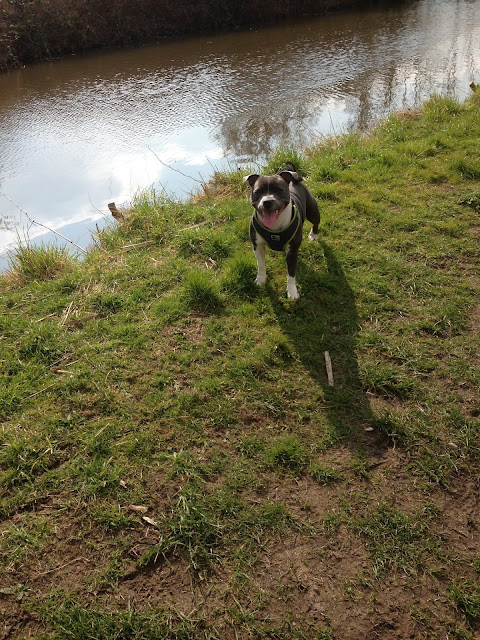 Jaz almost grown up now and has just finished her first season! 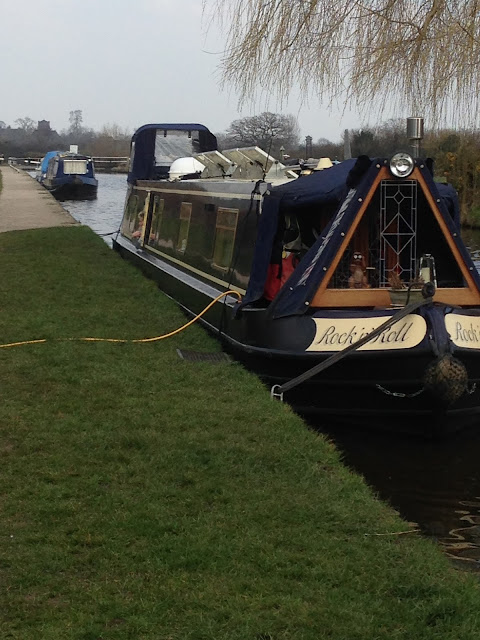 Our hosepipe reaches the first water tap so Kev filled up our tank!
Posted by Unknown at 06:48