We spent the weekend at Fradley, we went to the Swan a couple of times and there was a new barman called Mark who was lovely & very friendly too. There wasn't food being served as the  new owners were having the kitchen fully refurbished but hopefully Mark said that they should be ready to serve food for this coming Easter weekend. There was new central heating system in and apparently upstairs in the living accommodation there hadn't been any central heating as all the rooms had electric heaters plugged in! So I expect the electricity bills would have been high for the previous owners!
On Saturday there weren't many boats about but on Sunday what a different story, the sun was shining and there were quite a few boats passing both ways. Plenty of people about too as the car park next to the cafe was full and also there were plenty of motorbikes going to meet at The Swan car park too. The first bikes were mainly Harley Davidsons but more vintage bikes arrived too and Kev had a walk to see them. 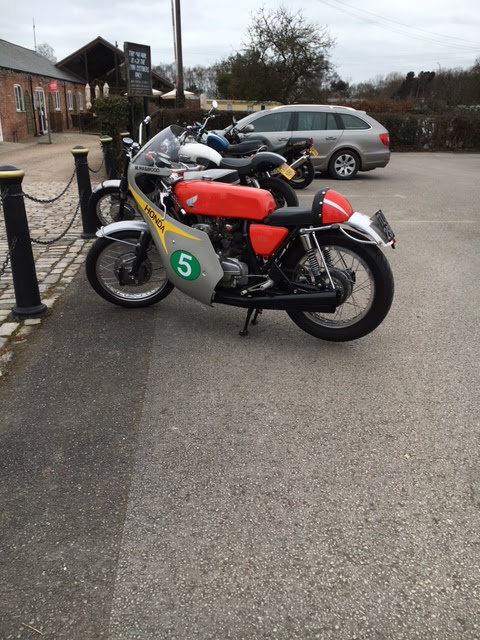 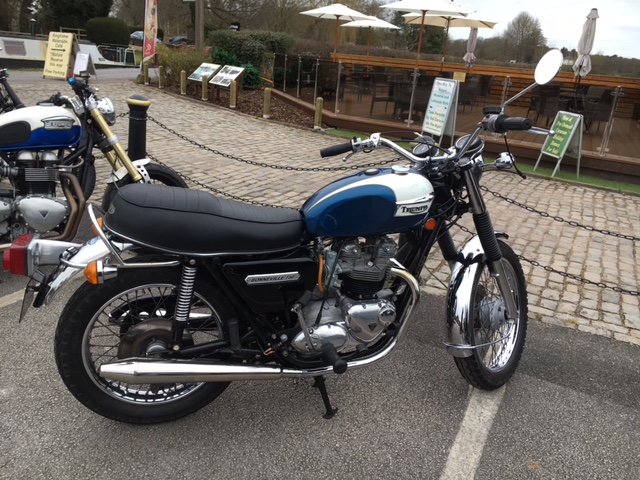 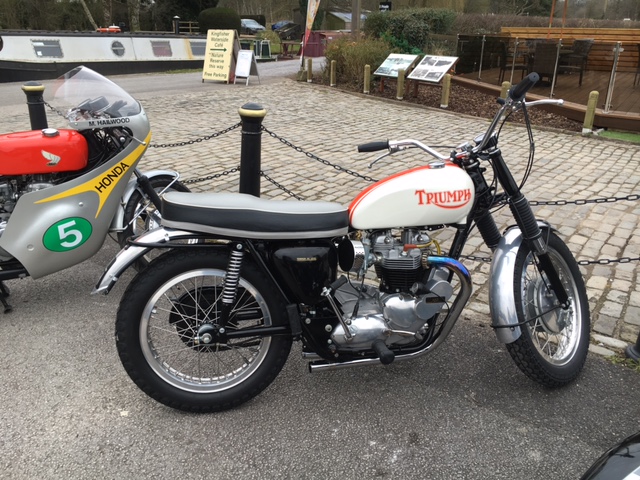 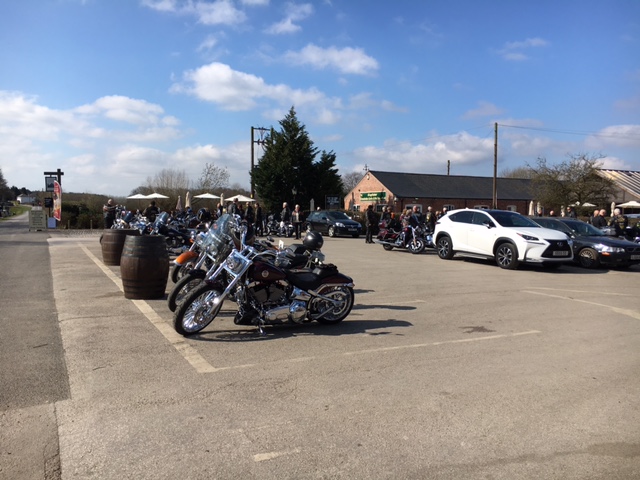 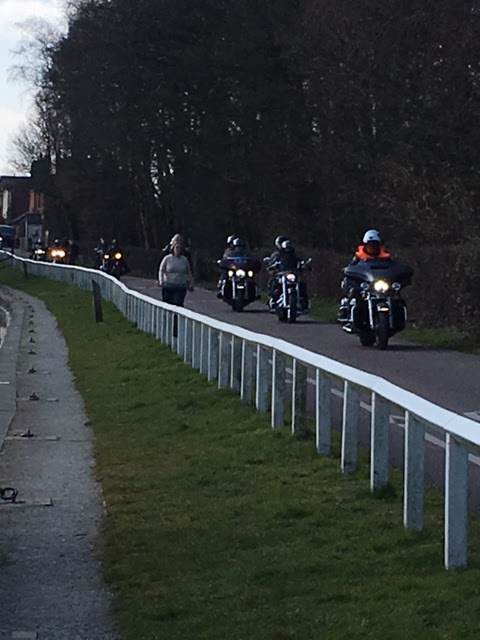 Some of the bikes leaving Fradley

What a beautiful day it was and some people were even in T-Shirts, but what a compete difference Monday was! It actually started quite bright but as we left our mooring and moved onto the water point it clouded over! I had put a quick wash on and by the time the water tank was about full the washer had finished too!  We then set off & Kev went to Junction lock to empty it for me and then once I was out of the lock I turned left onto the Coventry Canal & Kev walked to open the swing bridge for me.  As were were cruising along it became quite cold and miserable but at least it wasn't raining!
As we were on the stretch of canal beside the busy A38 heading towards Streethay Wharf I saw a woman walking 2 black Labradors she shouted over to me asking if we were heading for the Thames and as I answered her I realised who she was, it was Lesley from Nb Yarwood and following her was Jo at the tiller so Kev took a couple of photos as he passed us 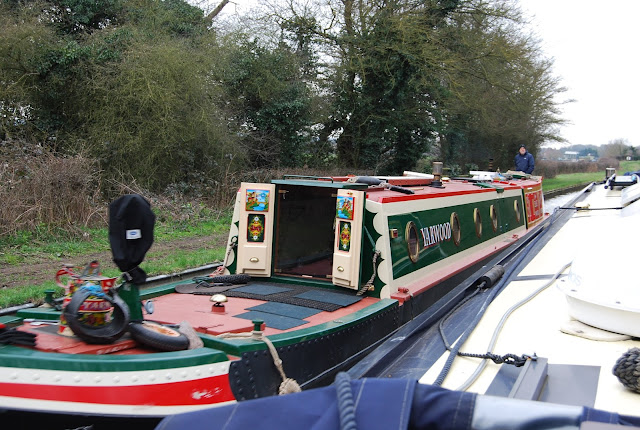 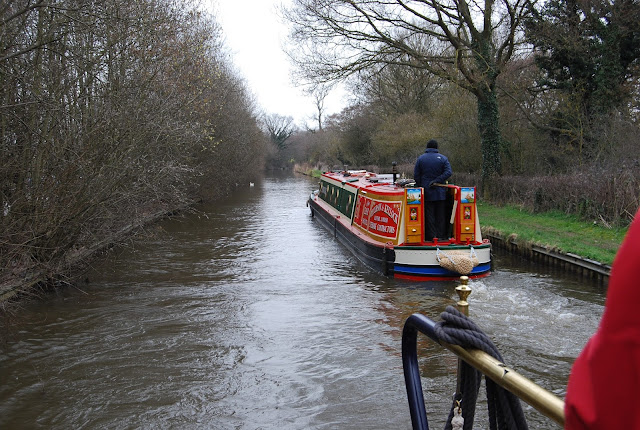 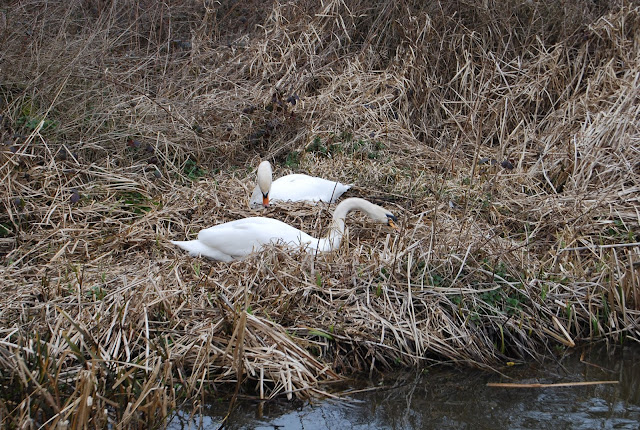 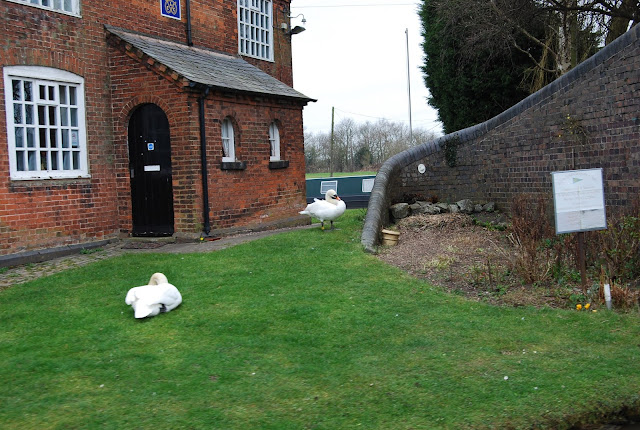 These 2 we have seen several times in the same place"Huddlesford Junction"(if they are  the same pair)
When we got to Sutton Bridge we moored and went to get some shopping at Asda, it is about a 15minute walk to Ventura retail park where there are plenty of different stores.
Once we were back on board and our shopping unpacked Kev took Jaz and walked to Fazely and I followed on R&R and that is where we moored for the night. We will head to Polesworth today where we hope to meet up with Pam & Terry on NB Roosters Rest who are already there.