We are now on The North Oxford Canal

Wednesday 16th August
RIP Elvis 40 years😢
Well on Saturday 12th August after I had put a wash on & Kev had cleaned the boat we left our mooring just after 9.20am. It was drizzling a bit but brightened up later in the day and we moored opposite Samuel Barlow pub. 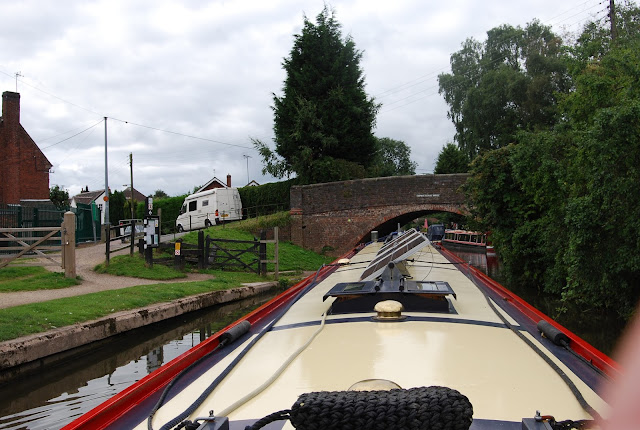 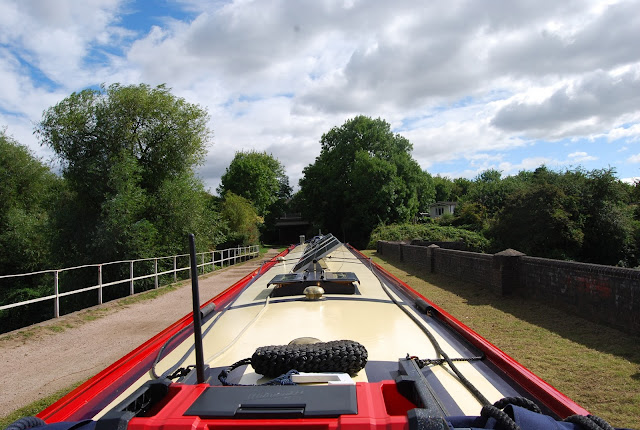 Crossing the Aqueduct over the river Tame 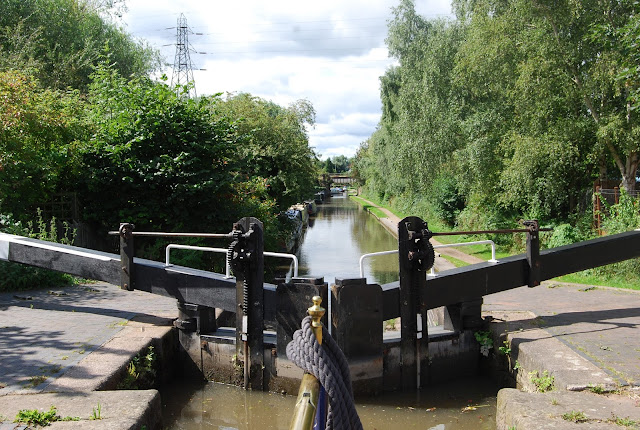 Looking back from Glascote lock 1 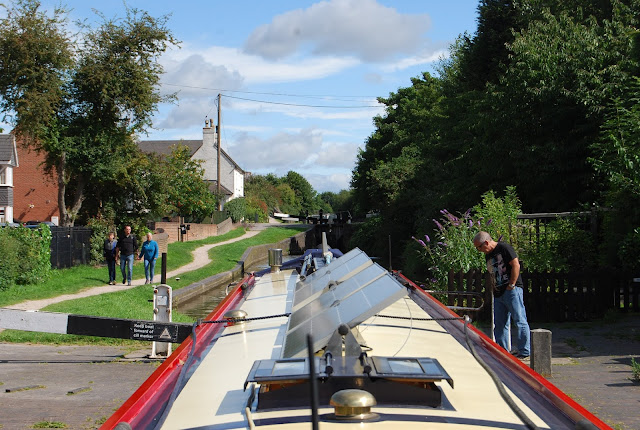 Kev waiting for lock to fill, quite slow(the lock not Kev lol) 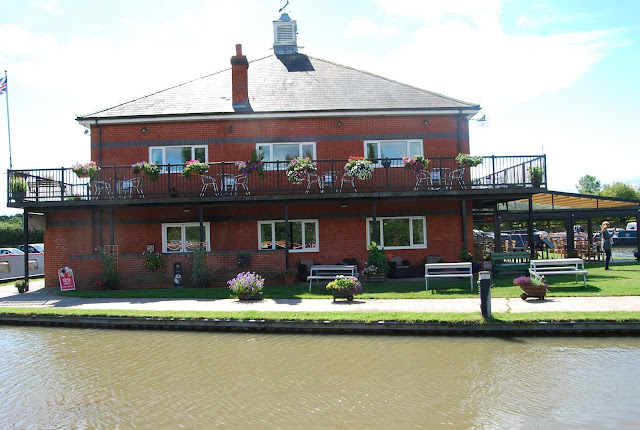 Moored opposite the Samuel Barlow pub.
We had a walk to the pub in the evening and wasn't impressed so we only had one drink and left, we sat in our cratch and had a few drinks and there was a better atmosphere than in the pub! There was a 30th birthday party going on upstairs in the pub and so we had music playing until late, which was fine. While we were moored here I noticed that there were some apples growing on a small tree on the towpath so I picked what apples were left. 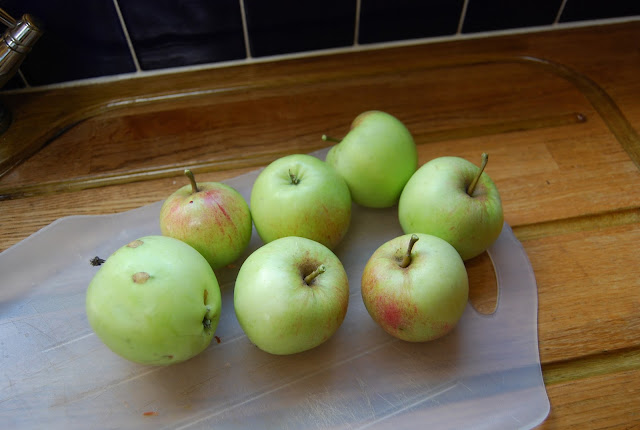 Not many but enough for a small pie!
On Sunday morning we were up early and on our way heading for the Atherton flight of locks, and as we were approaching the bottom lock a boat was just going in so we had to wait for them to go up and leave the lock so Kev could empty it again for us as there wasn't a boat waiting to come down. 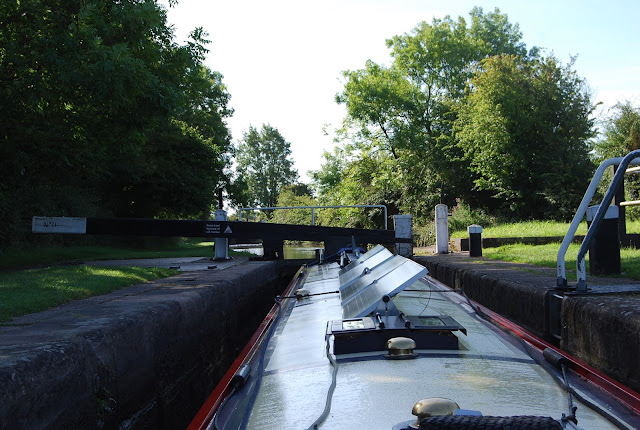 Going up  bottom lock 11.
Once we were through the last lock of the Atherton flight, Kev got Jaz off the boat and walked her for   a while and I followed on the boat. I picked them both up at one of the bridges, we wanted to get to The Anchor pub at bridge 29 Hartshill to have Sunday lunch. When we got to the moorings close to the pub there was a day boat moored there with a nice bunch of people on board celebrating a 50th birthday. 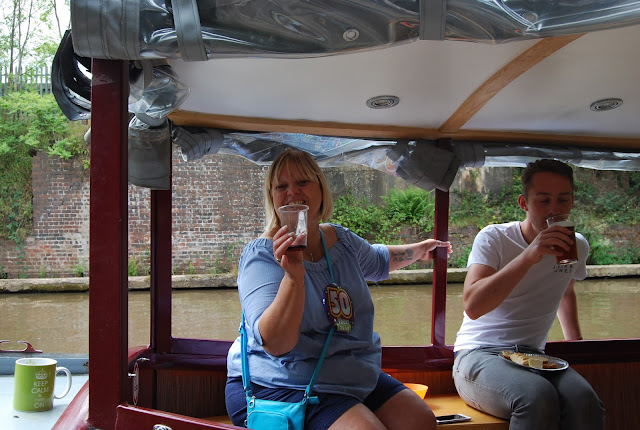 The birthday girl.
We had a lovely Sunday roast at the Anchor and then when we had finished we left and continued cruising in the sunshine and moored through the bridge passed Springfield Haven Marina.
On Monday morning as we were leaving it started raining but only very fine and cleared again while we were cruising. 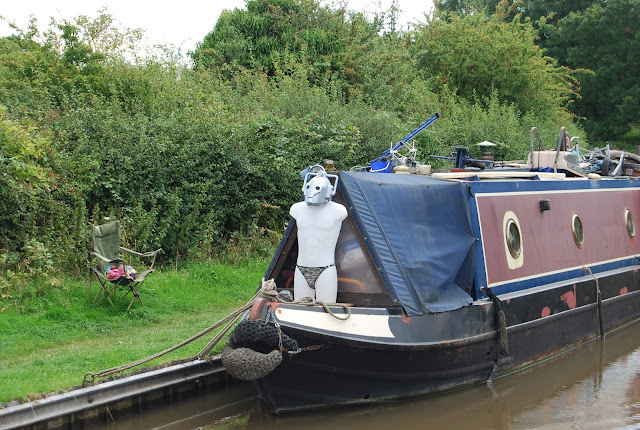 Passed this boat with a novel mannequin on his bow!!
When we got to Ansty we moored and Kev managed to do an oil change, and I took Jaz for a walk, then just chilled for the rest of the afternoon.
Yesterday was a nice morning although it did feel a bit cool it soon warmed up nicely, As Kev was letting go of the ropes ready to leave I took Jaz walking on the towpath with Kev following on the boat. I kept walking for quite a way and then realised there wasn't a bridge where I could get both myself & Jaz back on board! So I ended up walking as far as bridge 26, Grimes Bridge! 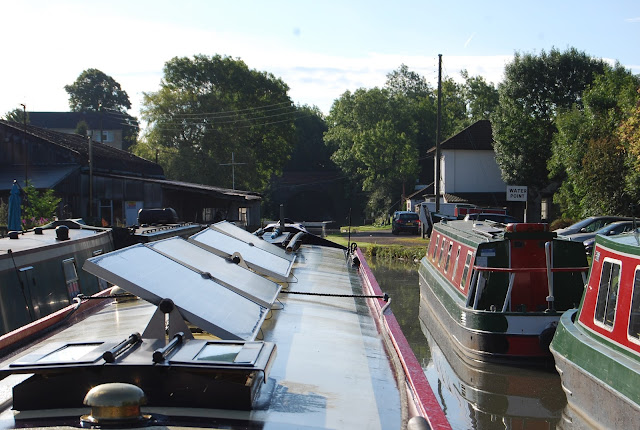 Rose Narrowboats, swing bridge ahead.
We wanted to get moored at Barby straight but there were some boats moored there and so we carried on and just around the bend we found a nice mooring with an open field just alongside of the towpath which is great for Jaz. Although when Kev let her off the boat about 6pm last night she ran up into the field and then spun around a couple of times and ran back and jumped aboard after she had been stung by a wasp! I couldn't find where exactly she had been stung but she just laid under the table for an hour or so but she is fine today. We are staying put here until tomorrow, I have done some washing and made an apple pie with the apples I picked on Saturday, so we will have that tonight. It has been very busy today with plenty of boats passing. 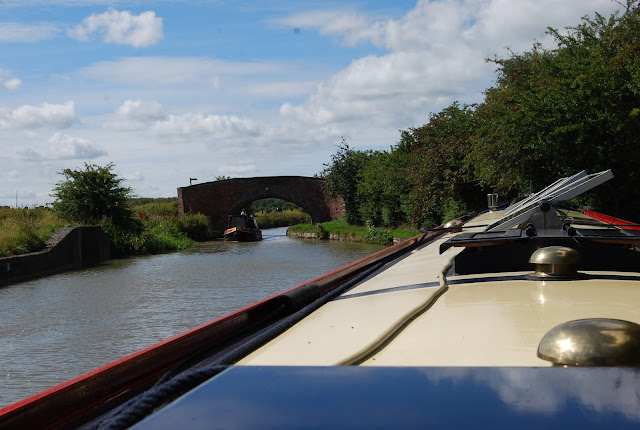