And so onto the Staffs & Worcs canal

Wednesday15th August
Last Friday morning it was quite cool when we left the moorings at Tom 'O' The woods. As we were going up the Lapworth flight of locks we had some rain but it soon passed but stayed on the cloudy side. When we got to Hockley Heath we moored close to the Wharf Inn pub and went for a beer in the evening.
We left on Saturday morning at just after 7.20am and made our way to Kings Norton junction where we turned right toward Birmingham. It had been another cool start but by the time we moored near the Sea Life centre in Birmingham it had warmed up. We went for something to eat in the evening, beforehand we had a beer in the Weatherspoons pub where we noticed  through the window there was an Indian restaurant called Taste of India so we went for a meal there and very good it was too. When we left the restaurant it was pouring with rain but luckily I had my brolly so we didn't get too wet!
On Sunday morning Kev did a few jobs while I did some cleaning and then we both took Jaz for a walk. Not far away from us was NB Yarwood, Kev had spoken to the couple who now own it but when we passed with Jaz we didn't see anybody about. After a good walk with Jaz we got back to the boat and left her on board while we walked over to have a beer at the Malthouse pub, but as we were crossing the bridge Kev spotted NB AreNAre moored and Barry was outside of the boat so we went down to see him. Sandra wasn't with him as she had gone to Scotland with Barry's brother who is over from New Zealand.
We had a good chat for a while and Kev sampled the home brew single malt whisky! Barry had a good starter kit for sale with a still so I think we will be ordering one for Kev when we get home! After chatting with Barry we went over to the pub for a beer, £4.20 for pint of Abbott Ale, we had a walk to the Weatherspoons pub where the same pint was £1.99 a pint!
On Monday we set off on the mainline BCN, here are some photos.... 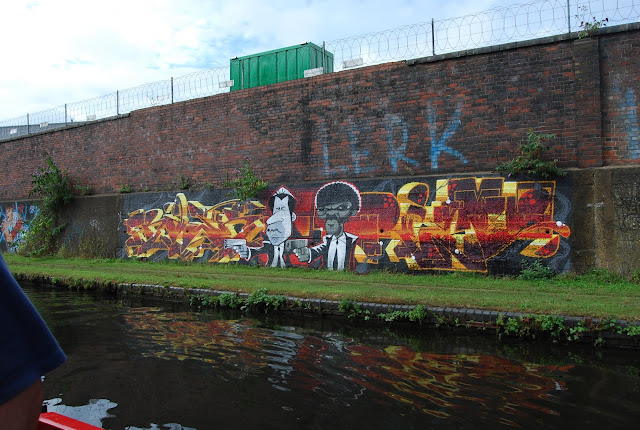 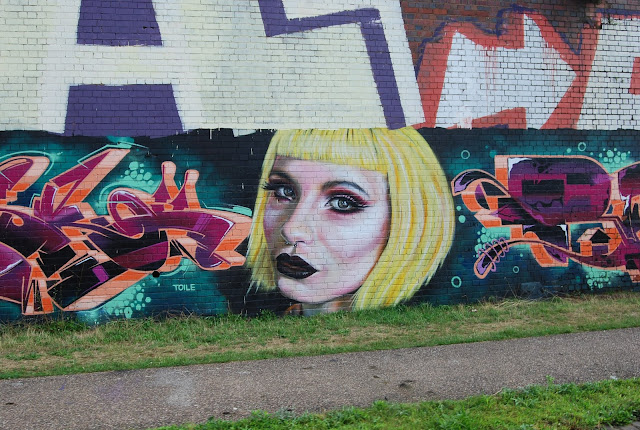 Graffiti or Art? Very good whatever you call it. 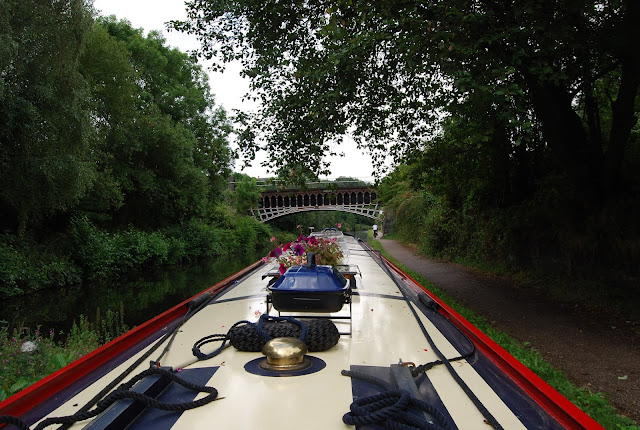 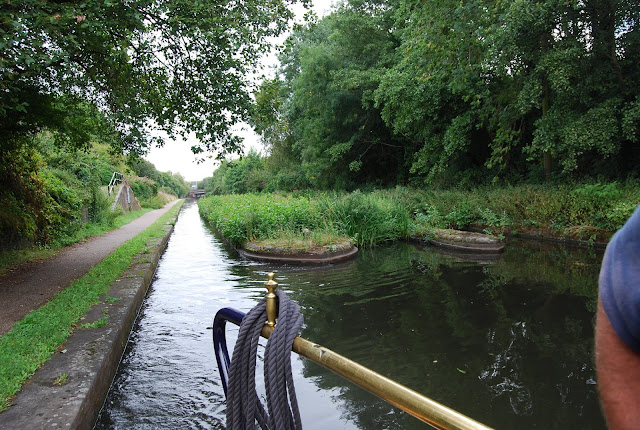 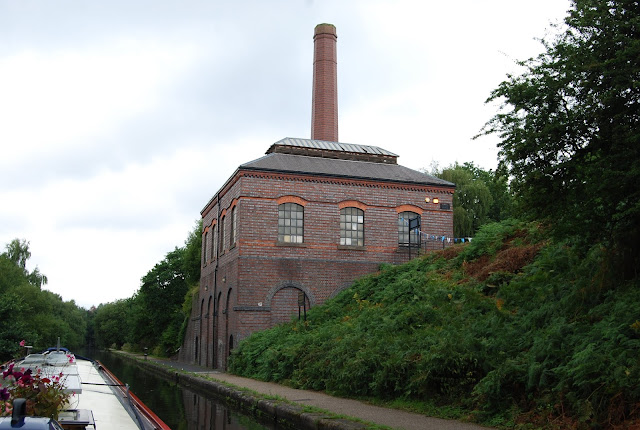 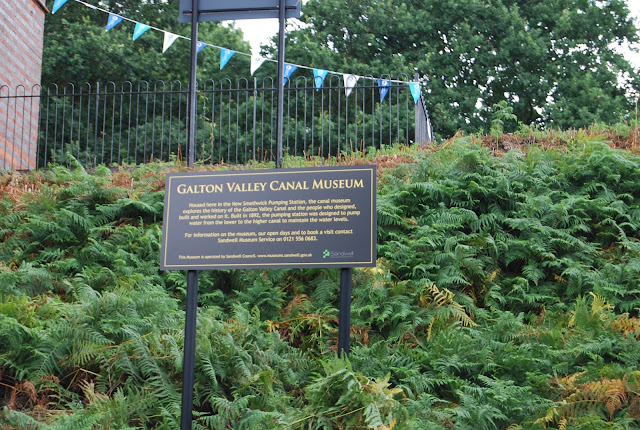 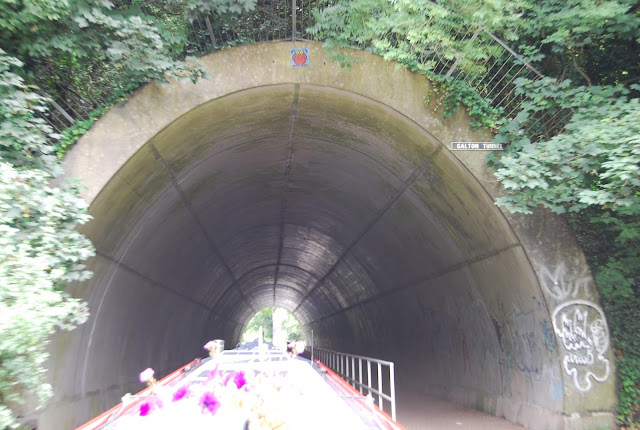 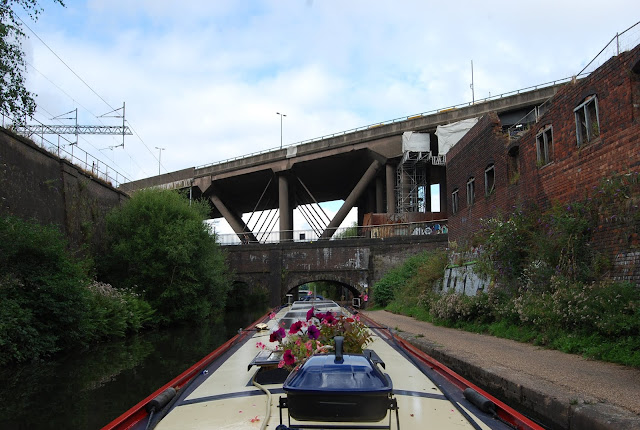 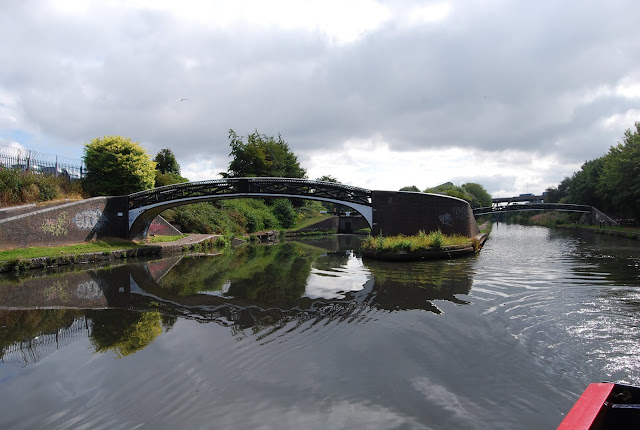 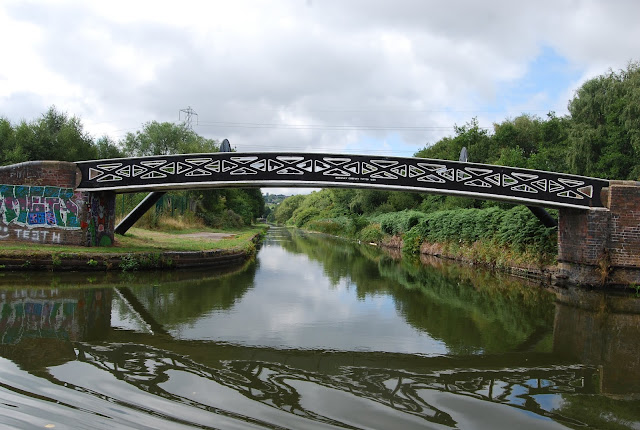 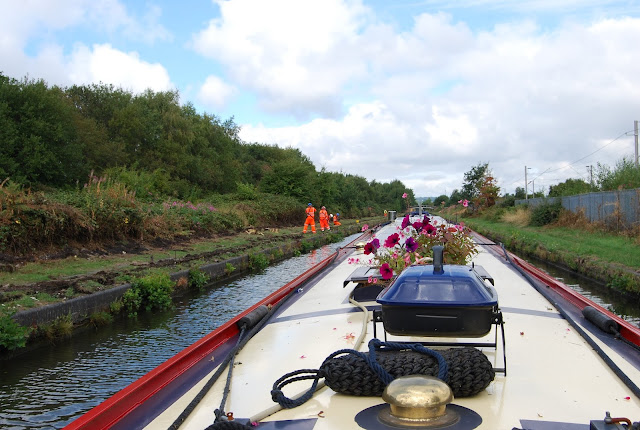 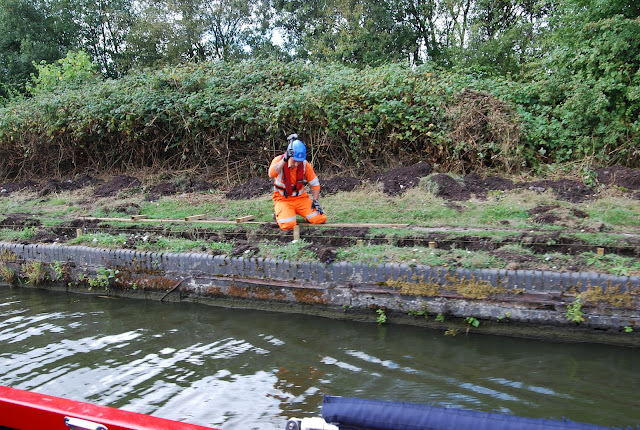 Towpath closed for at least a mile! 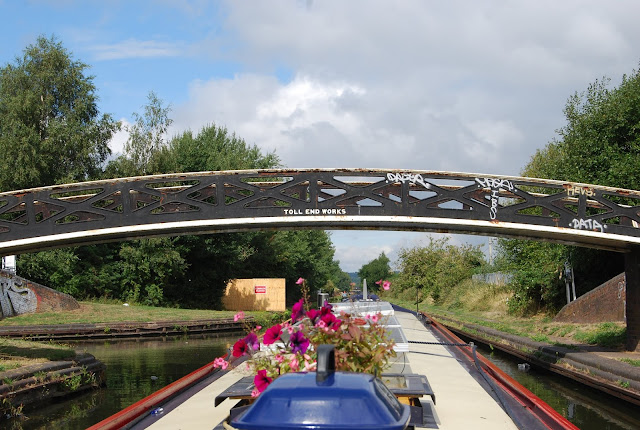 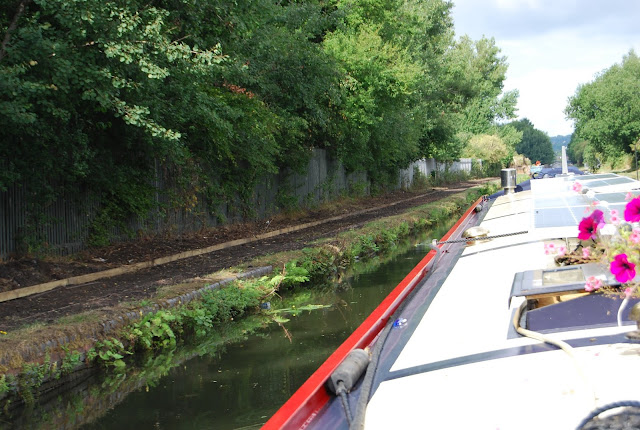 Must be costing thousands, the slogan for CRT is making the waterways good for everyone! That is as long as your not a boater!!
When we got to the Factory locks there was a boat coming down the second lock as we had got into the first lock so were able to pass the boat in between locks, as we got up the second lock there was another boater opening the gates of the 3rd lock for us so Kev could go straight in. The canal here is terrible with weed that it got wrapped round the prop and Kev could hardly move! We managed to get to the services at the Dudley museum but there were  no moorings so once we had filled our water tank etc we left and headed back the way we had come and moored outside the medical centre at Tipton. 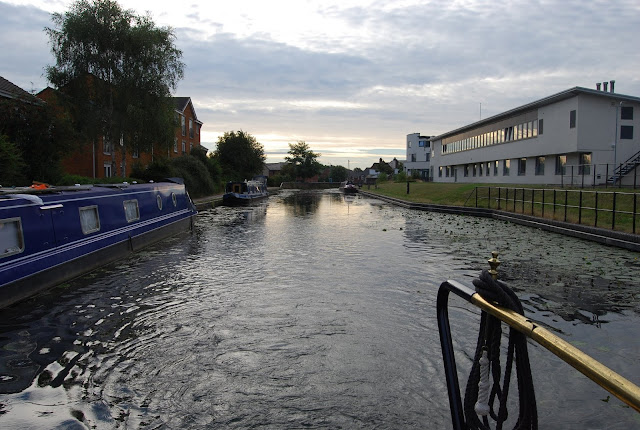 Leaving Tipton.
It took us quite a while to get off the mooring on Tuesday morning as the weed was very bad, but we managed in the end and had a slow cruise to the turn onto the section of canal towards Wolverhampton. 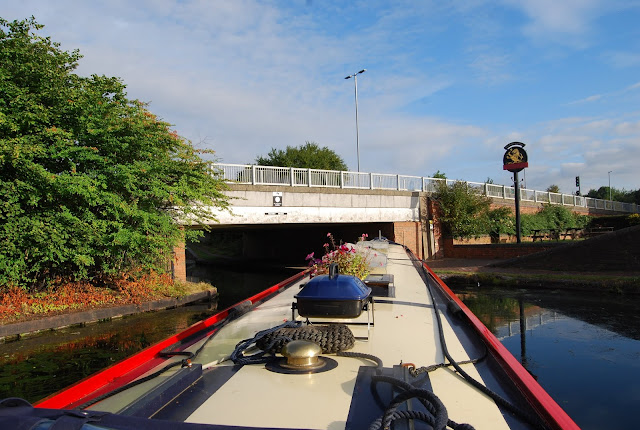 About to turn left towards Wolverhampton. 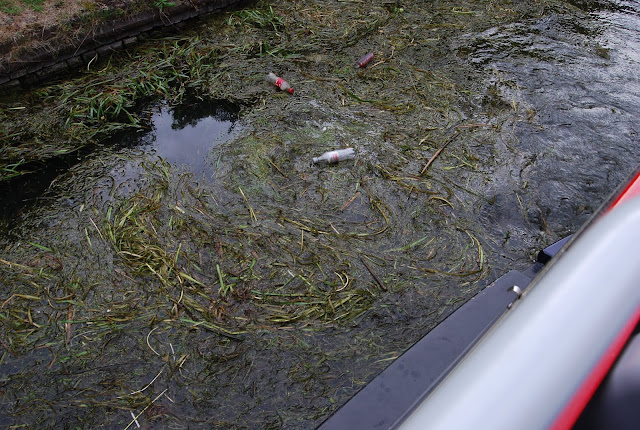 This is what we had most of the way!
The weed was so bad in places that we were completely stopped and Kev had to go down the weed hatch! Then he ended up at the bow with the boat hook, he was pulling the weed from the bow while I steered and had to keep going into neutral then ahead for quite a way! The first mile took us more than 1.5 hours 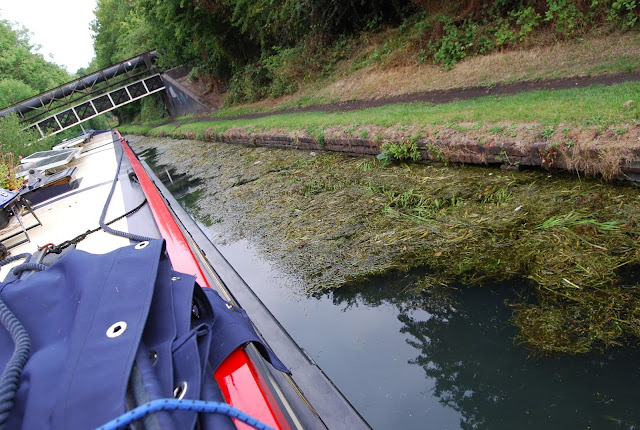 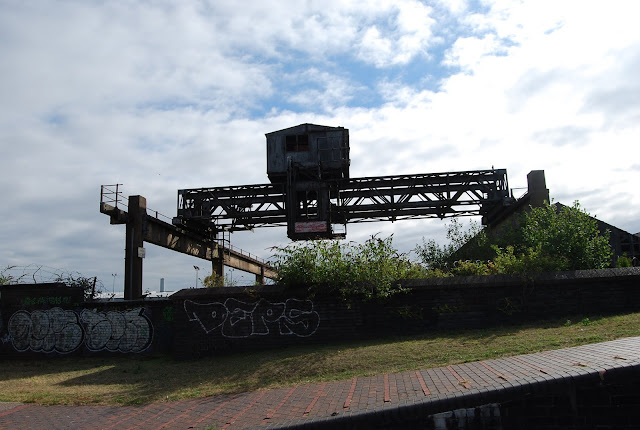 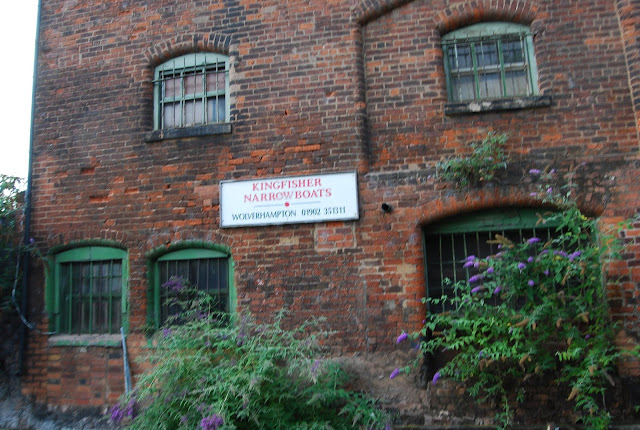 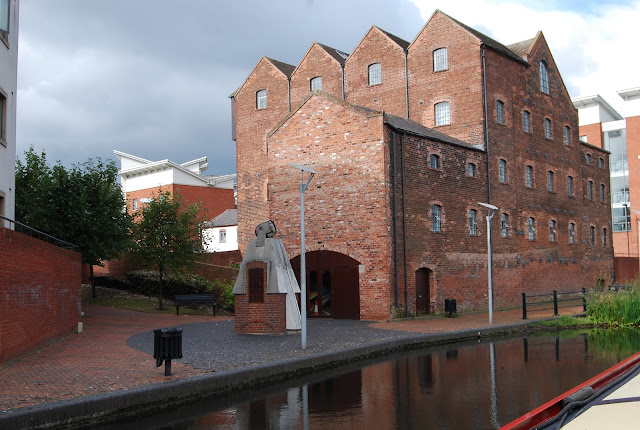 New from the old. 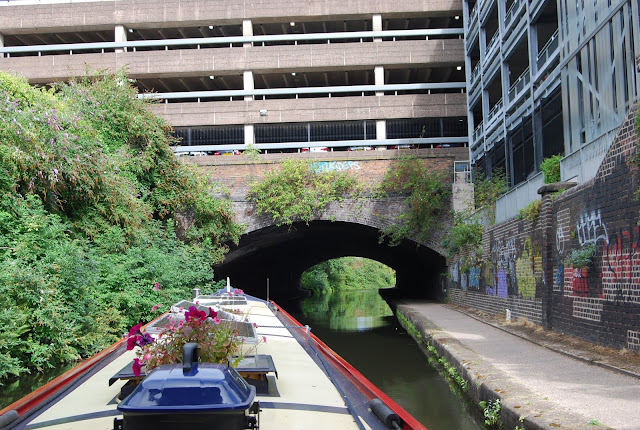 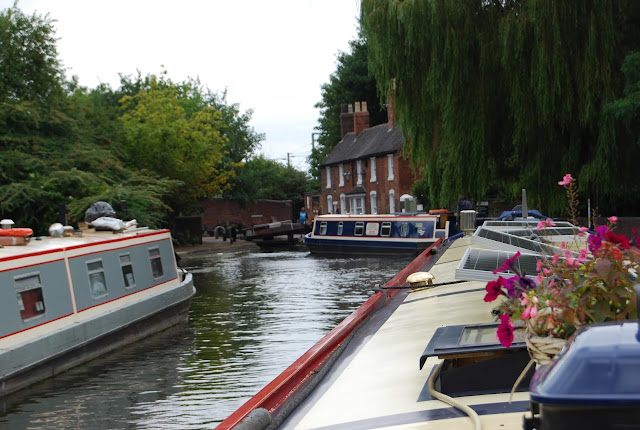 Finally Wolverhampton top lock!
When we got to the first lock at Wolverhampton, there was a hire boat ahead of us going down, so I got Kev off the boat at the bow and I just waited in the middle of the canal. Then it was the start of the flight of 21 locks down to the Aldersley junction. 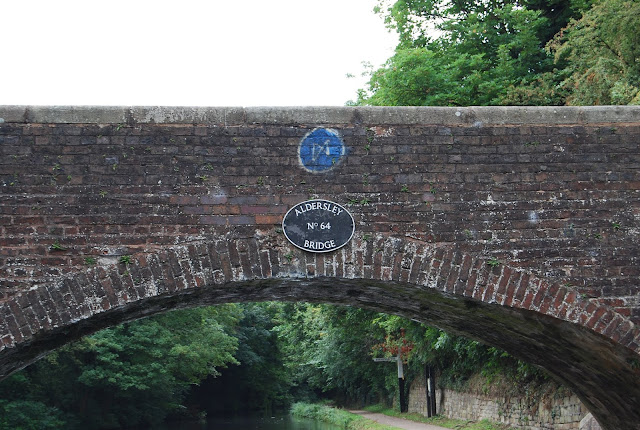 Onto the Staffs & Worcs canal.
It was nice to be back on the Staffs & Worcs canal again and when we got to Coven Heath we moored before bridge 71.
These were good moorings until this morning when opposite us at the other side of the canal there was an Alsation dog that never stopped barking from just after 6.00am! Even though we are early risers it was really annoying and the dog only stopped when the owner came to feed it. We left about 8.20 am and when we got to Gailey Kev got rid of the rubbish & emptied the cassette, we then moved across the canal to get diesel from JD boat services, 74pence per litre. We then went down the lock and moored before the next lock, Brick Kiln Lock.