up the Hatton flight

Thursday 9th August
We were on our way at 8.15am yesterday morning, it was a bit cooler first thing but soon warmed up. We didn't travel far before we pulled over and moored between bridge 40 & 41 so I could go to Morrisons for shopping, Kev stayed with Jaz on board and then when I got back he helped me on board with the shopping and then he went to Morrisons himself for some beer. The Morrisons is quite large and there is even a dryer, small load washing machine & large load washing machine outside the store! A man was using it when I came out, so you could put a wash on and then do your shopping while it is washing your clothes!
When Kev got back to the  boat we had a cuppa and then set off again, not much boat activity and when we got to the Cape locks we went up both of them on our own, the pound between both locks was very low so I stayed in the middle of it. Once we were up the second lock we moored not far from the Cape of Good Hope pub. Memories of being frozen in for a few months outside the pub in 2010 on our first boat Nb 4Evermoore, the landlady at the time was lovely and kept her eye on the boat when we had to leave it while we had to go home due to Kev working offshore at the time. I did go back a few times with Kev's son Lee to make sure it was all ok.
We had a bit of rain yesterday tea-time and we had to put the sides in on the canopy and drop the front cratch sides down too, which we haven't had to do for a while. Much needed rain though!
This morning I walked to the bottom lock of the Hatton flight of 21 locks, Kev followed on the boat and we had a cuppa while we waited to see if another boat would come to share the locks with us, we had moored on the towpath side and not on the lock landing and after we had drunk our tea we moved over to the lock landing and it wasnt long before a boat did come. 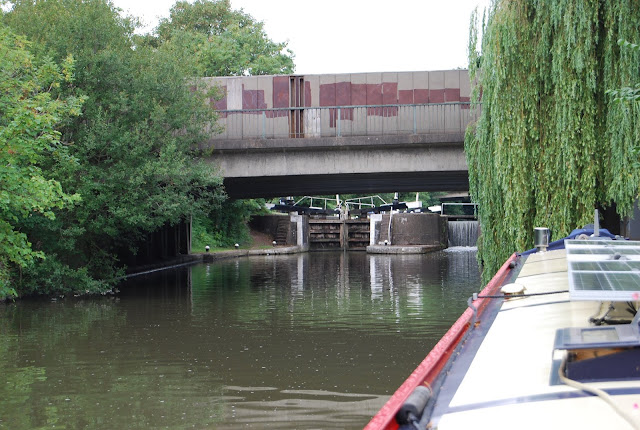 Waiting for a boat to come Nb Mr Badger. 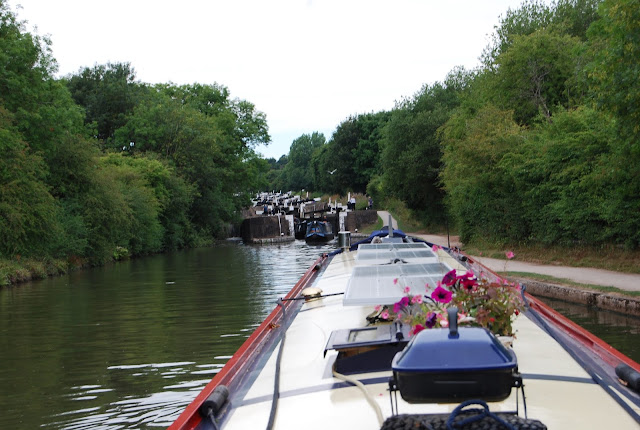 Heading for our third lock, two boats coming out. 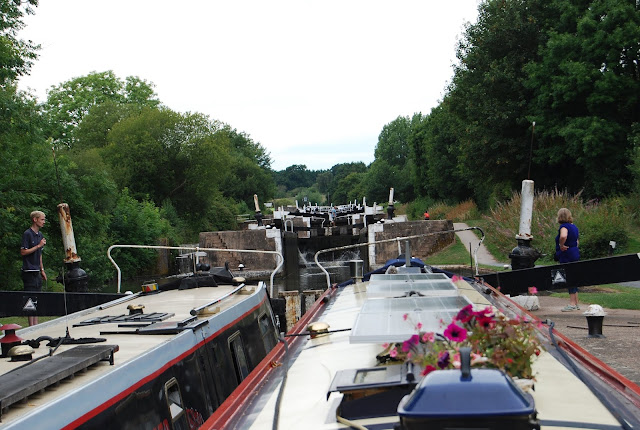 Kev is at the next lock.
It worked well as there were 3 people on Nb Mr Badger so the man stayed on the boat and his son & wife worked the locks with Kev and I was on our boat so we had a good run up the Hatton flight. 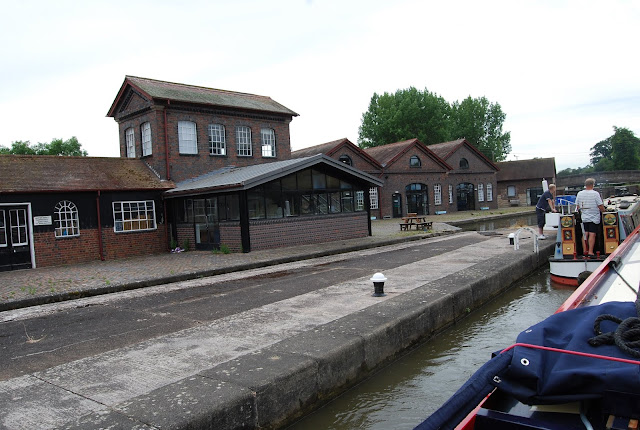 Not far now, 4 more locks to go up.
I must say hello to the lady who was at one of the locks and told Kev she reads the blog. I didn't get her name but we just had a quick wave. When we were up the top lock  at just after 12.10pm we said bye to the family on Nb Badger and we stopped to top up with water and I made us a cuppa and a sandwich, then we were on our way again. 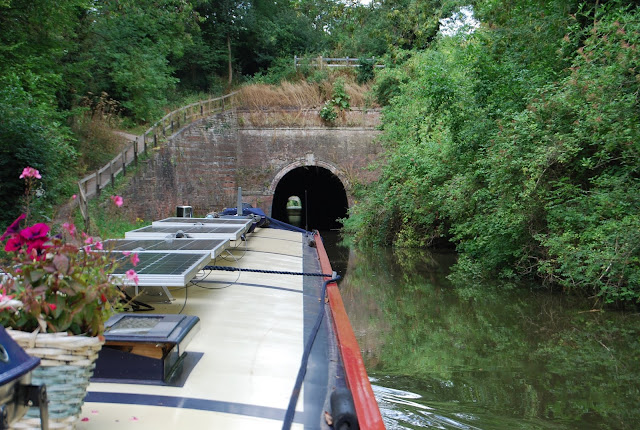 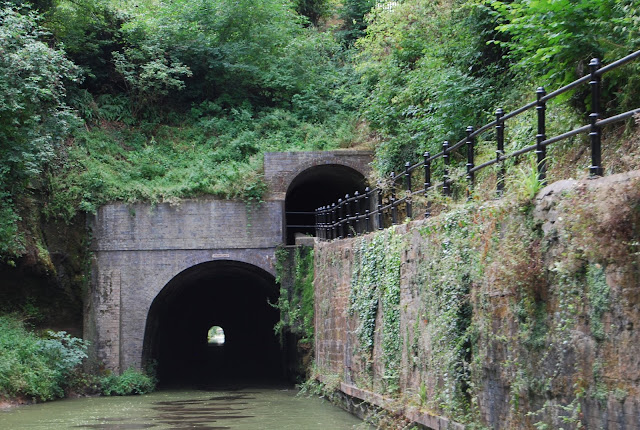 Leaving the tunnel, the top tunnel was for the horses to come through when the boats were horse drawn.
There was a lot of green algae bloom on the water as we exited the tunnel with warnings about it on a tree alongside the canal. 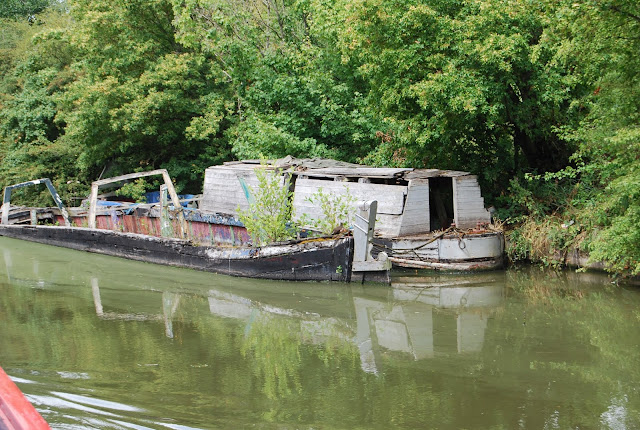 I couldn't see the boat licences on these two boats!
When we got through bridge 63 at Turners Green we moored at the  Tom 'O' The Wood 24 hour moorings.