A sunny start this morning

The forecast for today was wind and rain but we woke up to lovely sunshine but with a frost, and so we decided  that we would wait a bit but we set off from our mooring above Stenson lock about 8.30am. 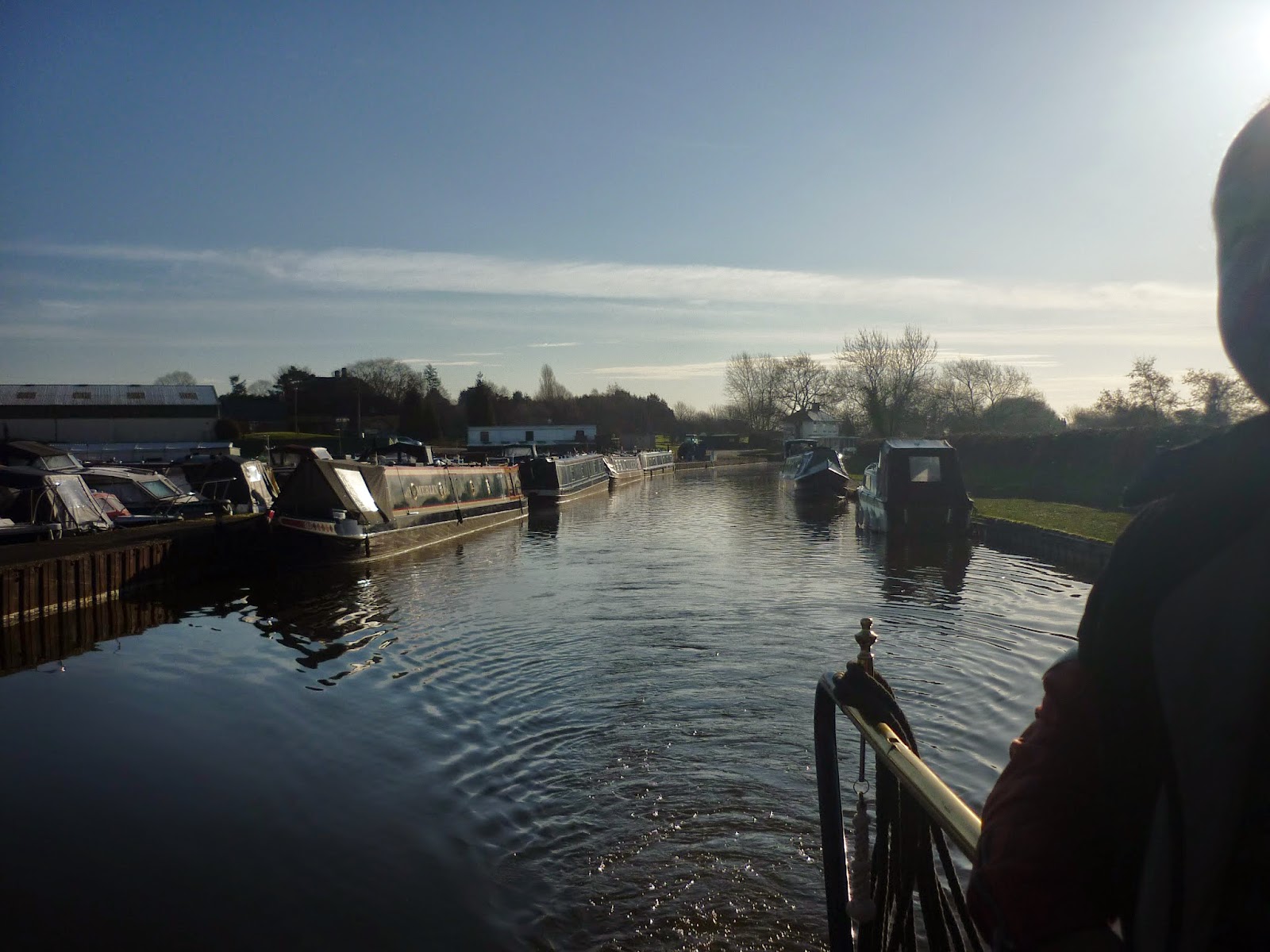 Leaving our mooring this morning
It was quite cold but lovely in the sunshine and we had the canal once again to ourselves well at least until we were through bridge 24 at Willington then we had 2 boats pass us. 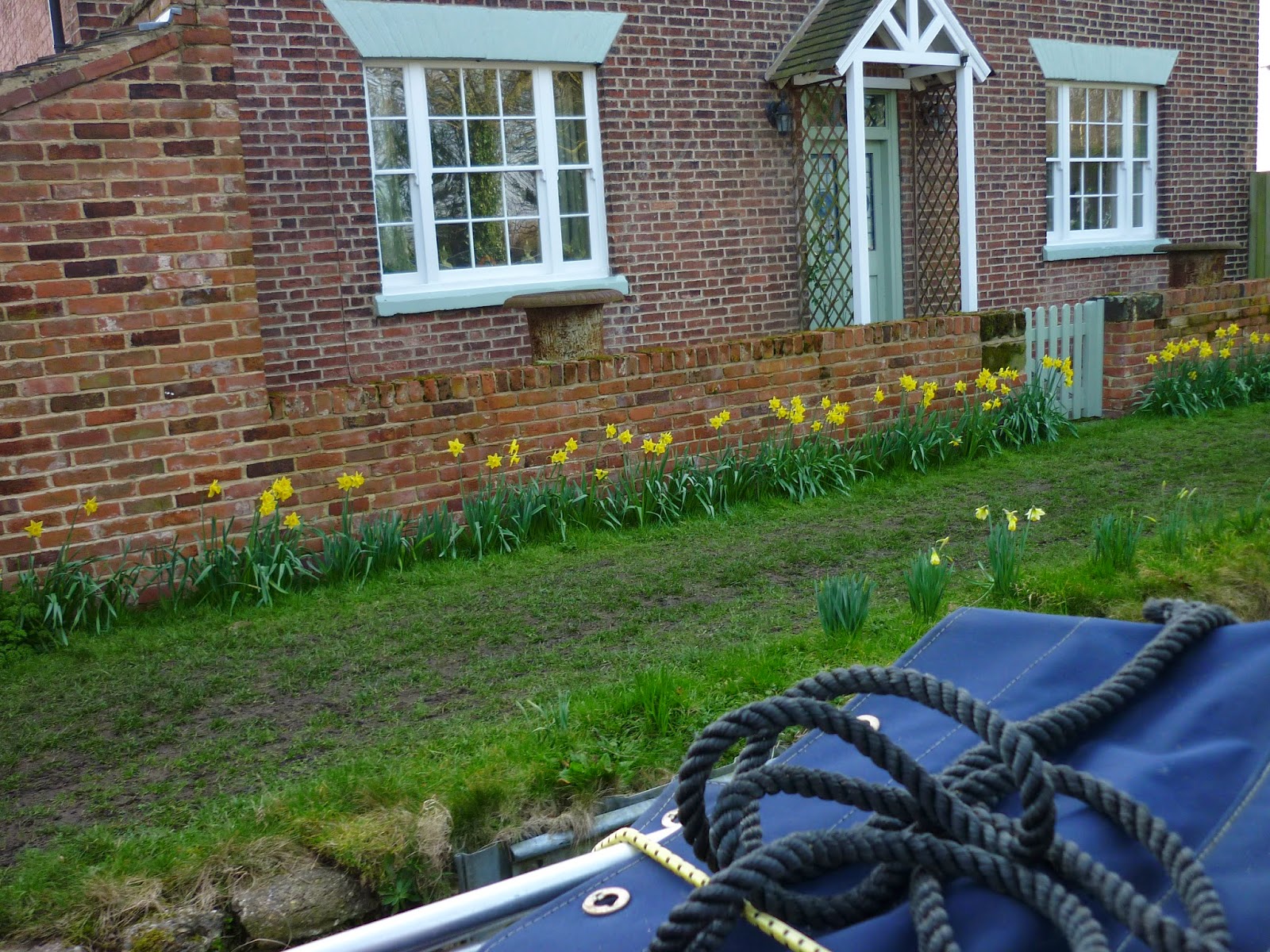 These are the first Daffodils I have seen that were fully opened, is it spring? 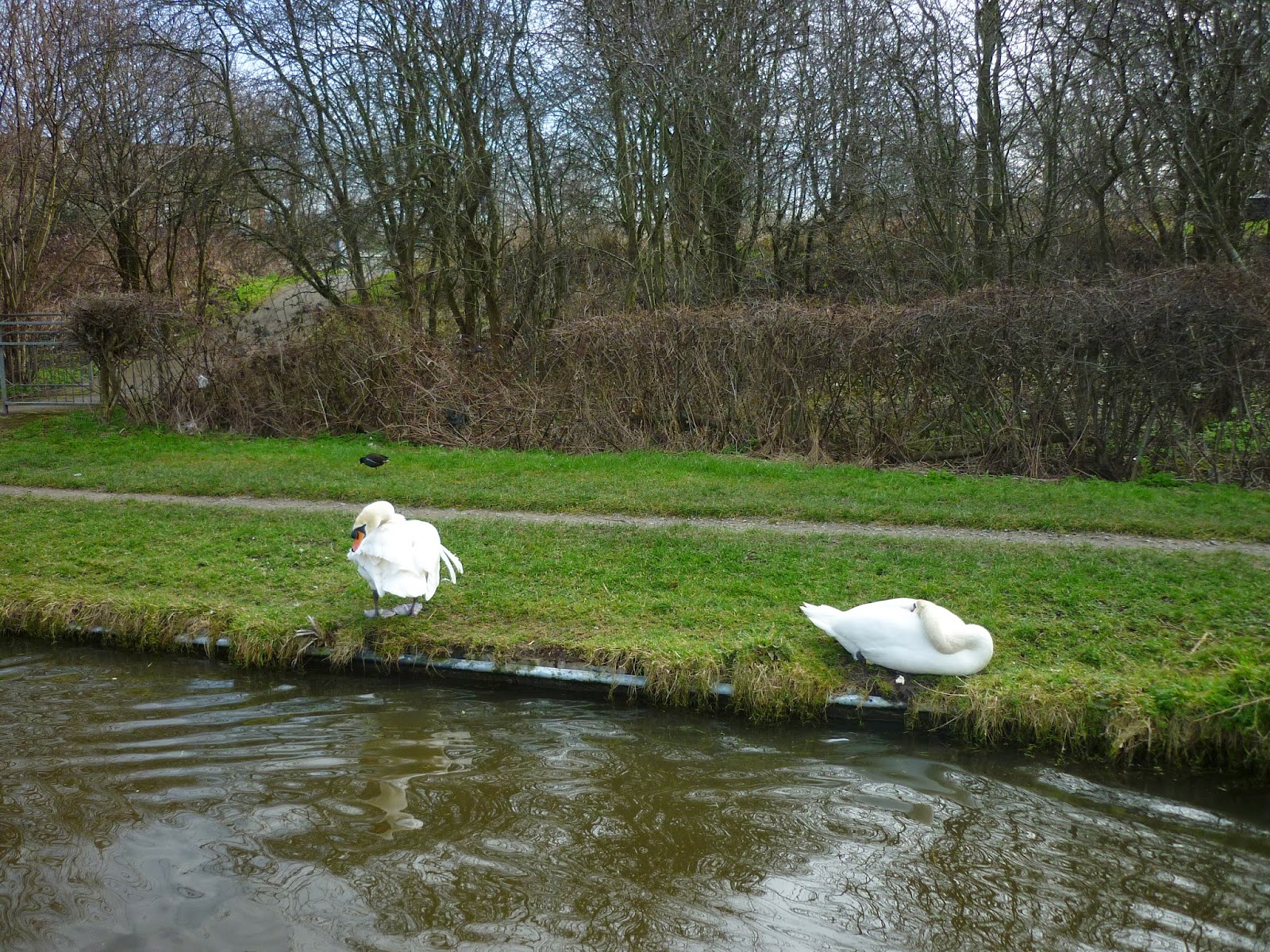 We have seen several pairs of swans along the way, and I expect they will be building their nests very soon, and I have to say once they have young it is a brave person who tries to pass them if they are on the towpath. Last year I saw a pair with young and the people walking on the towpath were all turning back and walking in the opposite direction!
We got to Dallow lock which was empty as we thought it would be as we had 2 hire boats pass us shortly before we had got there, although this lock isn't very deep so it doesn't take long to get through it. We decided to moor up at Shobnall fields to have a cooked breakfast/lunch, most enjoyable! Once we were fed and watered, we pulled the pins and set off again,  Kev did the washing up while I was on the tiller (yes he has his uses) he was finished well before we got to Branston lock so was able to do the lock with me. As we were approaching the lock  a boat was just leaving but also a boat was at the lock landing about to go in, but then there was another boat  waiting to come down so that was all good. It was starting to get quite breezy now so we pulled onto the moorings before Branston Bridge and called it a day albeit a short day as it was only 1.10pm but then as Kev had just got the side panels in on the canopy the rain started so we never got wet today!