Out with the old & in with the new!

Wednesday 28th June
We have been back at home in Roos for the last couple of weeks as we had several things we wanted to do at home. While R&R is in our marina at Shardlow we will be having a new Pram canopy & Cratch cover fitted by AJ Canopies from Braunston as the present ones are starting to look quite shabby. They have done well though as they are the original ones that George & Carol had fitted when they owned R&R, so that will be done some time in July.
For quite a while now we have been having power problems  (or the lack of it) on R&R & Kev suspected that our 230v fridge was the culprit! The fridge also had been on the boat since we bought R&R and he thought the fridge must be faulty and drawing too much power as when we were getting up in a morning our Victron power monitor was showing 11.8v. Also the washing machine was showing signs of wear & tear, as it had started to make a noise when in use and we suspected that it was a bearing.
We had bought a 12v fridge to replace the 230v one and so as we had to take the roof mounted glass cabinet down to enable us to get the old fridge off the boat & the new fridge on from the stern we decide to replace the washing machine with a new one too!!
We ordered a new washer from AO.com and they delivered it to our home and the van drivers took the new washer off the lorry & put it straight into our car!
Kev had already arranged for a man called Simon (an electrician from Braunston, who had done work on our previous boat) to come to our marina @ Shardlow to wire up the new 12v fridge to the fuse board.  Kev had also arranged for his friend Nigel, (who has his boat moored next to us in the marina) to come and help him lift the old washing machine out and put the new one in!
So last week Kev drove to Shardlow with the new washing machine in the car, our new fridge was already at the marina as Nigel had got it for us from Midland chandlers at Mercia marina.
As Kev was at the boat a the day before Simon was due to come he was able to take the glass cabinet down and he managed to get the 230v fridge out and off the boat at the stern, he didn't need to take it to the tip as a man who lives on his boat in the marina & is moored not far from our boat wanted the fridge for his beer!!
Another job Kev had to do was to take out the pan drawer and the cupboard above it that has the microwave in it, these are located below the oven and it is the only way to get to the washing machine that is in the bathroom out! What a going on! Anyway once Simon had been and the new 12v fridge was installed Kev waited until Nigel arrived at the marina on Friday to help him get the old washing machine out and the new one in place. Kev wanted to make sure everything was working ok with the new washing machine i.e. no leaks etc so he put a quick wash on, and once everything was ok he put everything back into place once again! 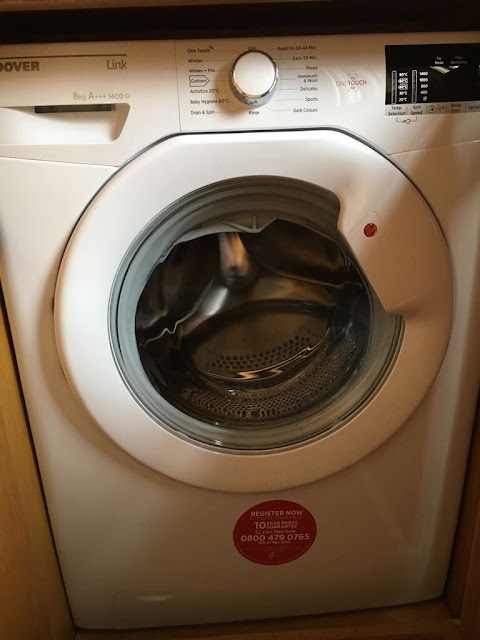 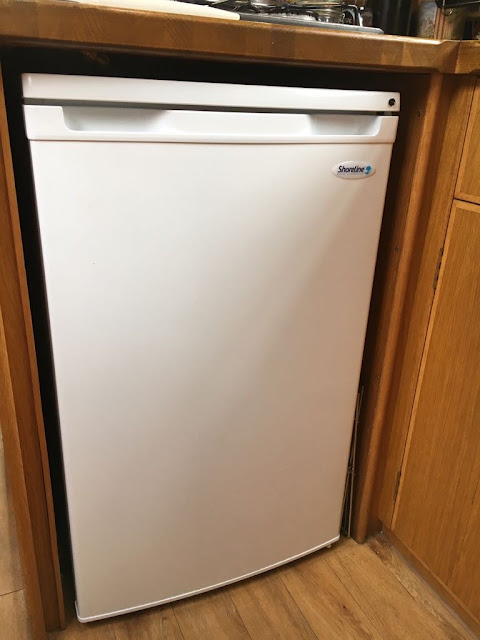 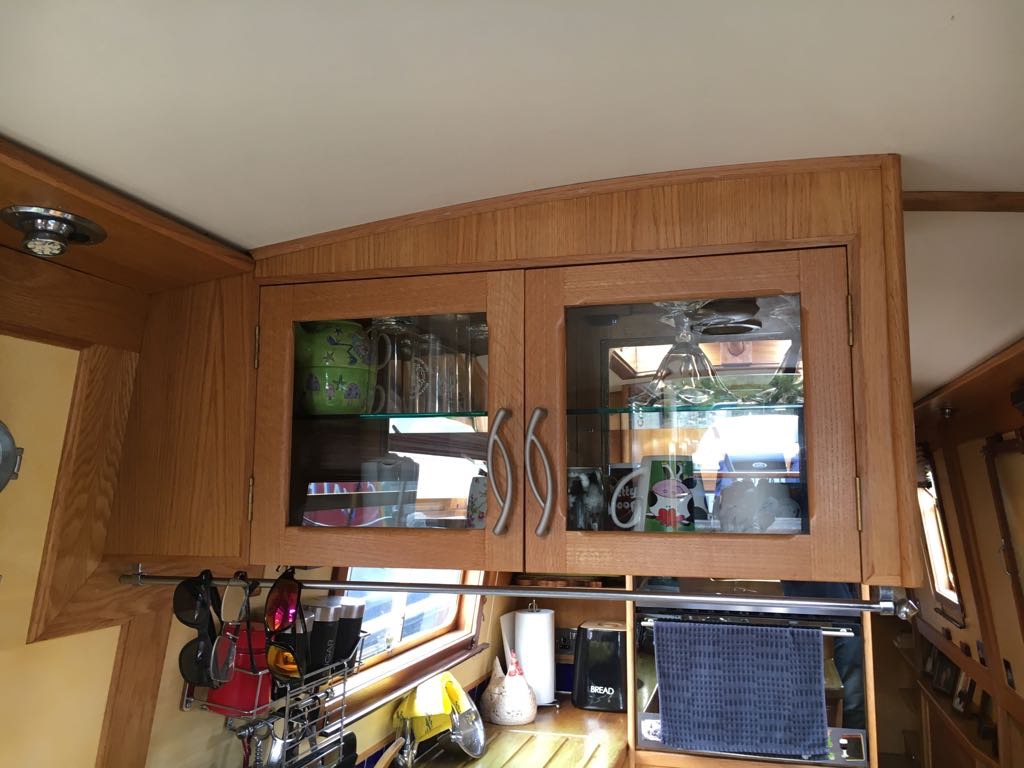 The cabinet all back in place!!
The following morning when Kev checked the power after the new 12v fridge had been working and the 12v freezer too ( the inverter had been off) the Victron monitor was showing 12.5v and so the power consumption problem is hopefully sorted!!
Posted by Unknown at 04:54