Friday 29th August
We decided to set off early to get through Crick tunnel and it was just after 7am when we were on our way and would you believe it as we were just into the tunnel there was a boat coming towards us, he said he had the same idea to get through the tunnel without meeting another boat! Oh well never mind. It was a miserable morning weatherwise  with fine rain and  lots of cloud & we stopped to fill with water at Yelvertoft 19 and it was still raining  but as we carried on it brightened up and the sun actually appeared and so we decided to pull over and moor up after bridge 27 so Kev could do an oil change and we could see how the solar panels perform. I had a tidy up and Kev managed to get his engine and gearbox oil changed and oil and fuel filters too, we then had something to eat and then we left the mooring and it was still sunny.  The sun didn't last long before the rain started once again but quite heavy at times, there wasn't a great deal of boats about but we seem to pass them in the tunnels! We went through Husbands Bosworth Tunnel and 3 boats passed us, the canal seems very overgrown and I think it really needs some work doing to get it cleared as the canal is very narrow in a lot of places due to all the vegetation.
Once we were through the tunnel it was dry and the sun reappeared and it was quite nice, we carried on heading for Foxton Locks and managed to get a mooring just through bridge 60. 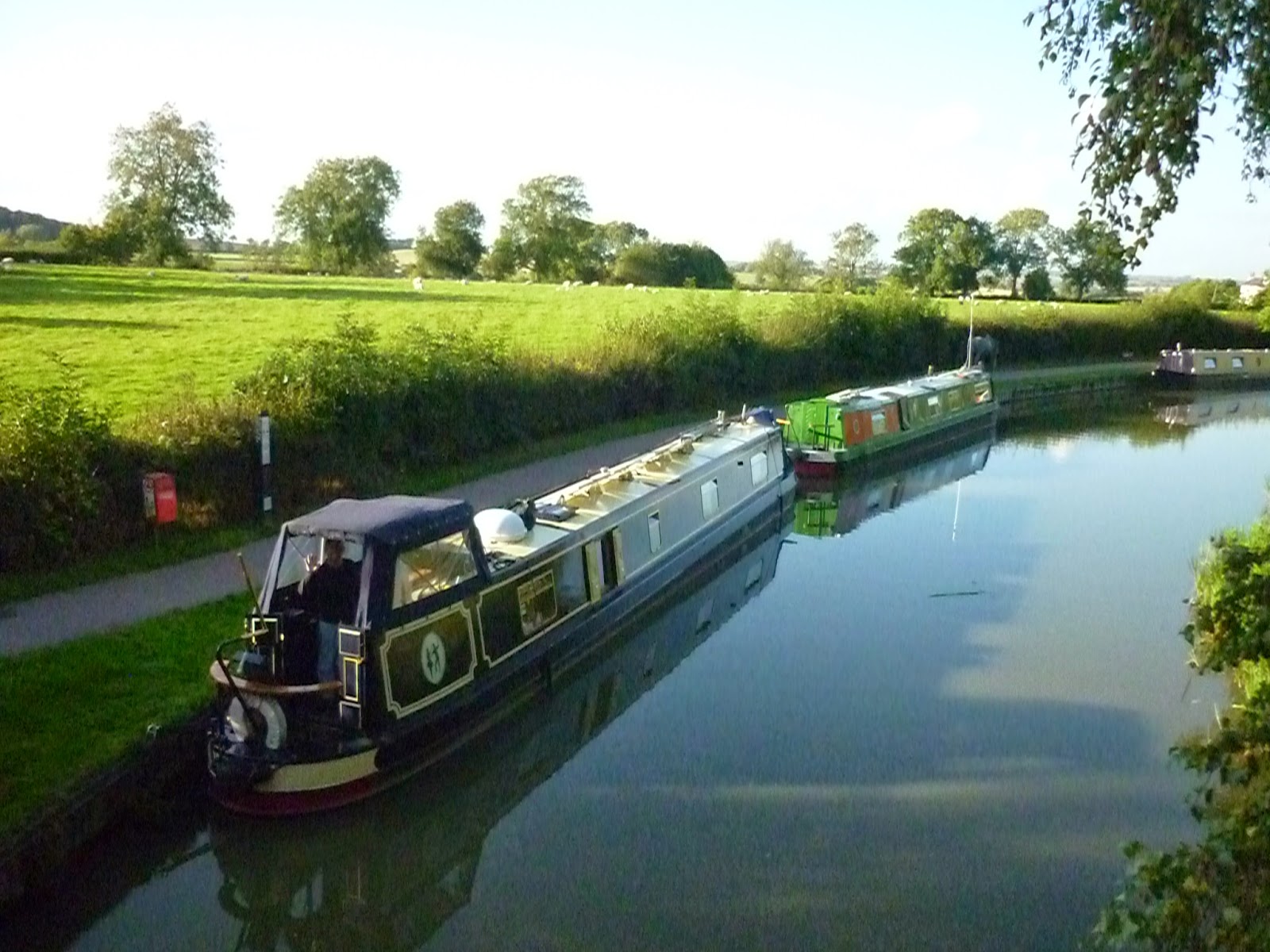 looking down at our mooring 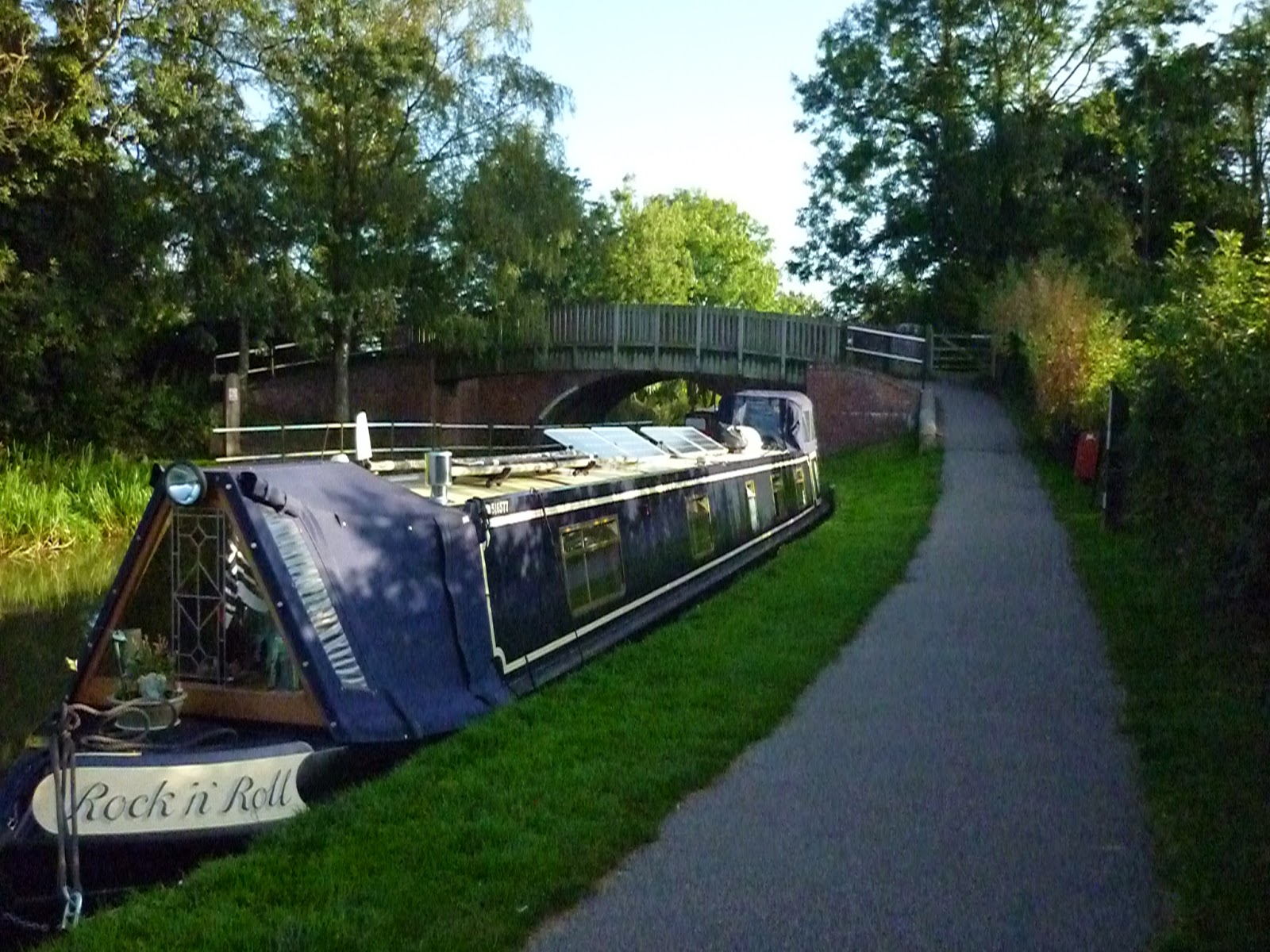 Kev had the solar panels facing the sun! 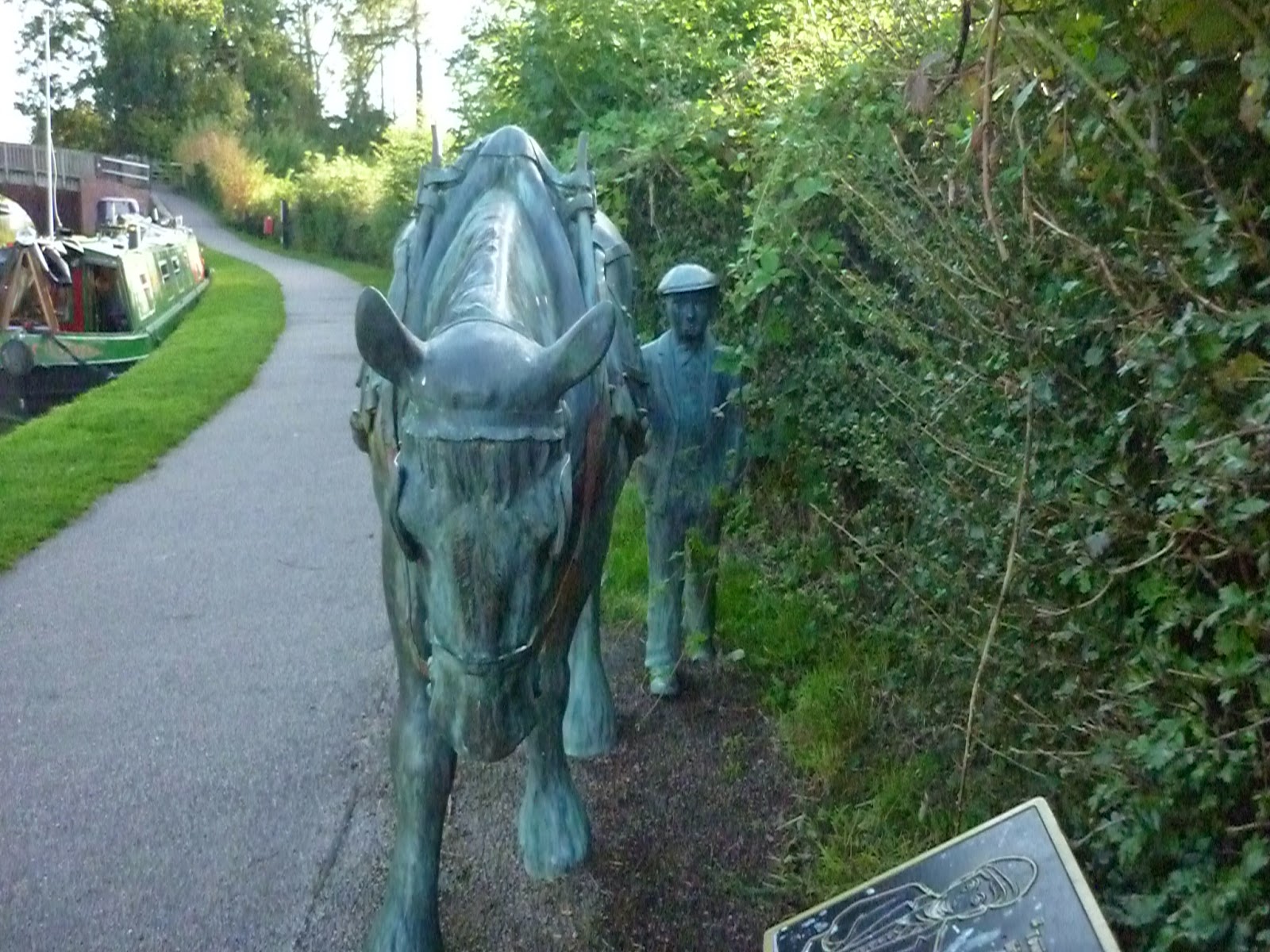 The well photographed boy & horse
Posted by Unknown at 22:39