Tuesday 26th August
On Sunday we popped to Tesco for a bit of shopping and then went for tea to the Bell & Barge pub just over the bridge from the visitor moorings Rugby, it was very good. Yesterday we were expecting bad weather all day but it wasn't too bad although it rained on and off most of the day and the lads went to see  "Guardians of the Galaxy" at the cinema then they went for a few games of pool but as they headed back to the boat it started to rain heavy and they were soaked when they got back. We moved across from our mooring to the 24hour moorings opposite as it would be easier for the lads to get picked up as Pam would be able to park on the carpark there and also we were expecting Tim from Onboard Solar to come and fit 4 solar panels.
This morning it was still raining but fine drizzle and was quite warm on the whole, Tim arrived at just after 9.30am  and Kev helped him unload the solar panels, then he got straight to work fitting them. 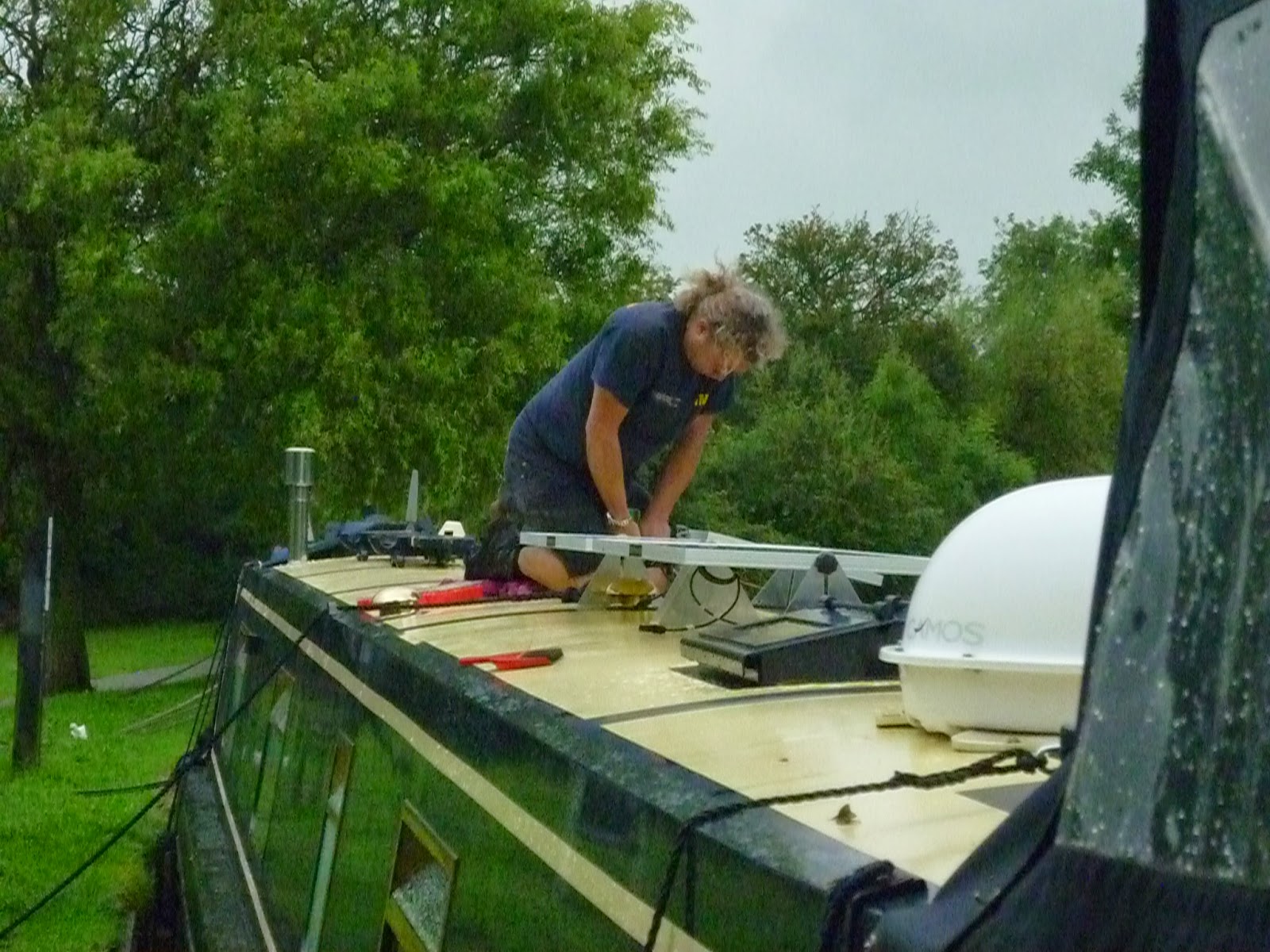 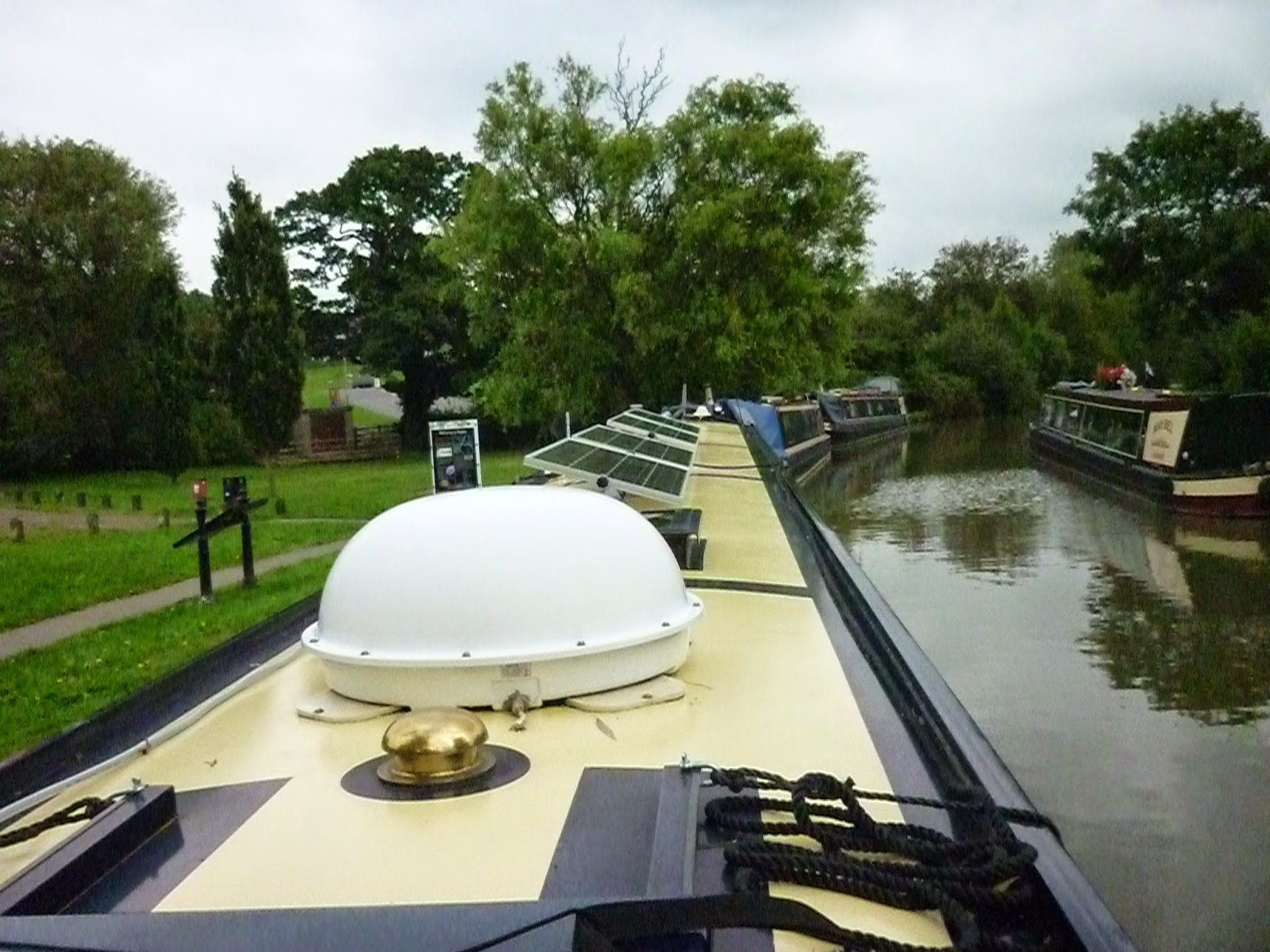 Once Tim had left we went for a little cruise to the winding hole just before the locks at Hillmorton and let Pam have a go on the tiller. 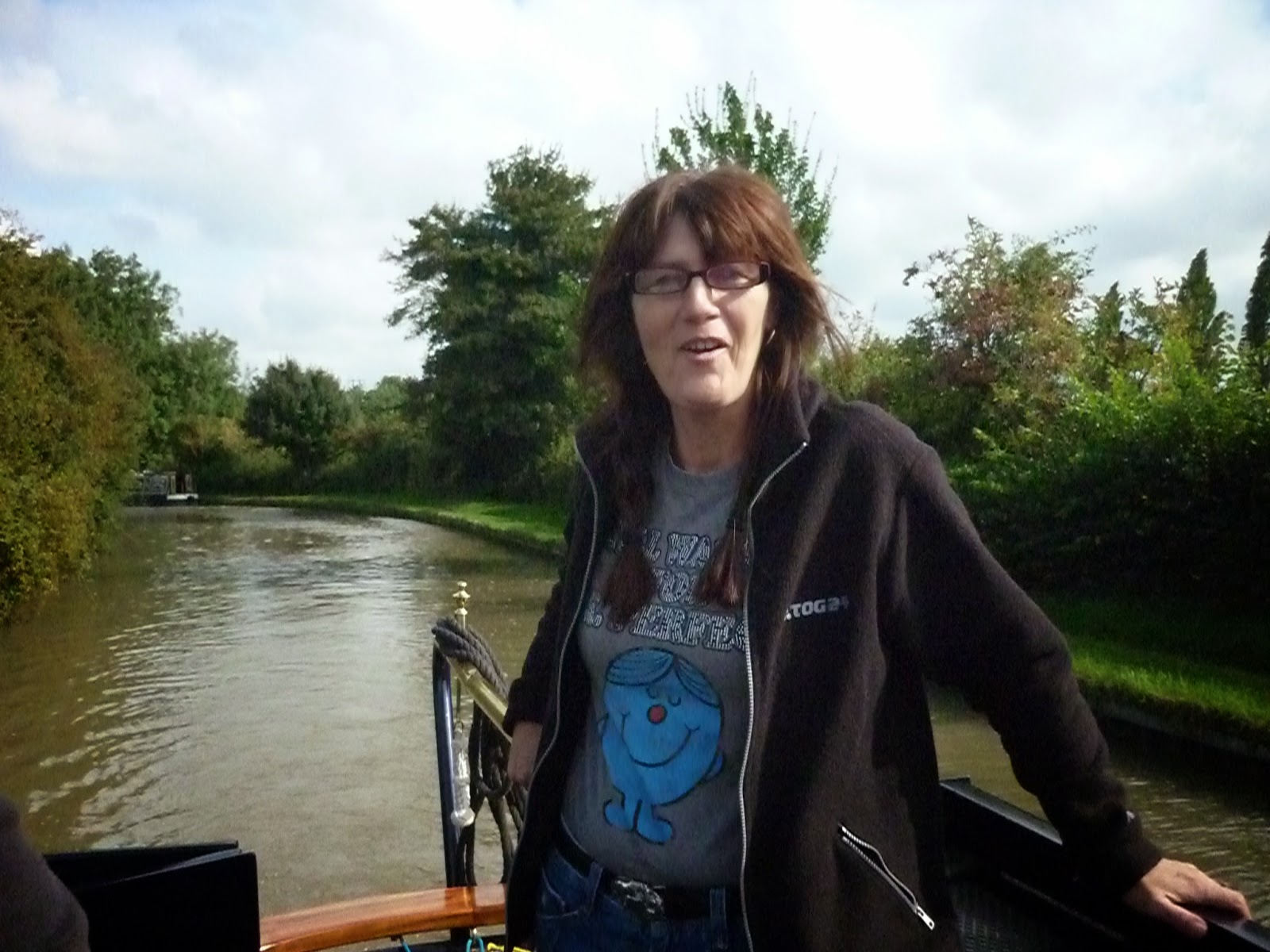 You would think she'd been doing it years!! 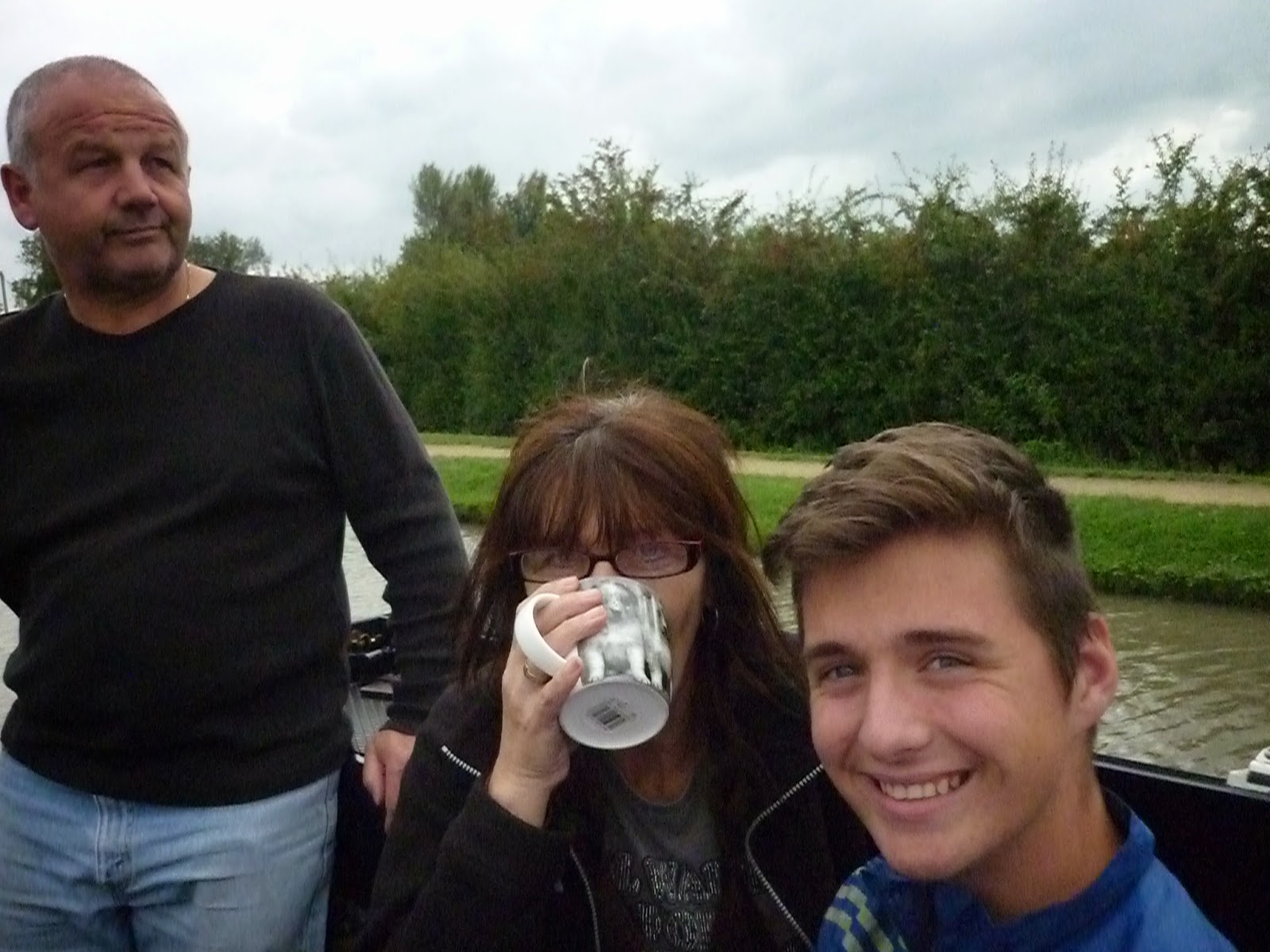 Think that was enough for her!
We turned again at the winding hole before bridge 53 then moored back on the visitor moorings and Pam and the lads left us and headed off home and we set off back towards Hillmorton and moored after Kent road bridge 69  for the night.
Posted by Unknown at 11:21