Back onto the Coventry

The lads got back from Drayton Manor theme park yesterday about 3.15pm, they said they had enjoyed it and been on all the rides several times but it started to rain quite heavy so they came back to the boat but once they were back on board the rain proved to be just another shower and once it had stopped we decided to leave the mooring and head off.
As we were turning right at Fazeley junction Kev sounded the horn in case another boat was coming through the bridge hole and yes sure enough a boat was coming through and kept coming! There was a man sat on the roof at the front and we said didn't you hear our horn he just replied I am not driving she is! There was a woman at the tiller who was sat on a stool and how she could see anything is beyond me and with her was a woman holding a child who said we are not going to argue but we have been boating for years, so did that make it ok not to slow down then! Anyway Kev had managed to reverse out of her way so no harm done. We made our way to the 2 Glascote locks and there was a boat coming down as we pulled up at the lock landing so that was good and as we got through into the second one a boat had just come out of there and there was a coal boat "Callisto"waiting to come down, Kev recognised the man as we had previously had diesel & coal from him when we were at Mount Sorrell  a few years ago Kev can always recognise people better than me, they had a good chat whilst working the lock. He had to told Kev there was a working boat gathering at Alvcote marina this weekend and that there were plenty of boats there. 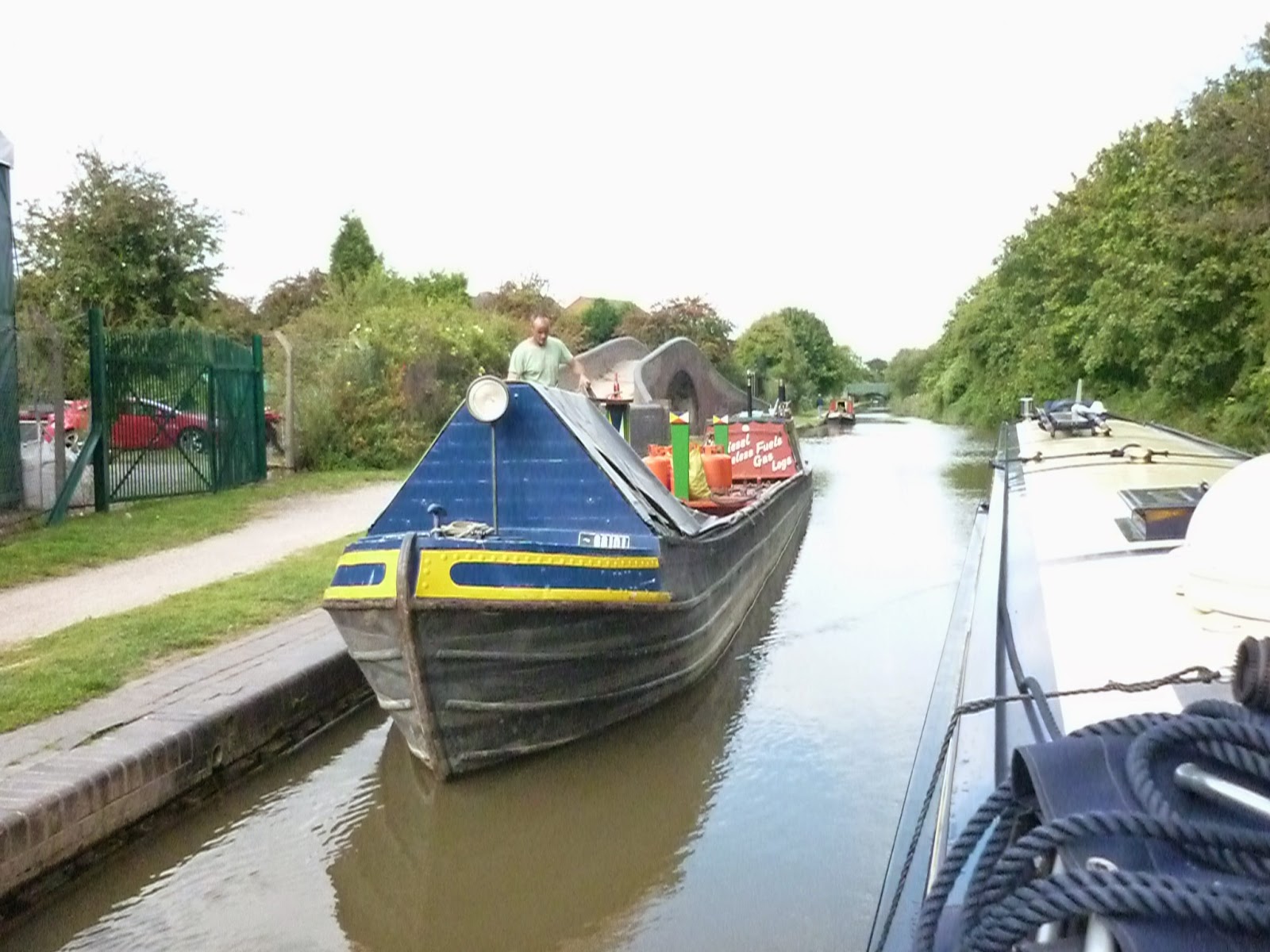 Callisto coming into the lock 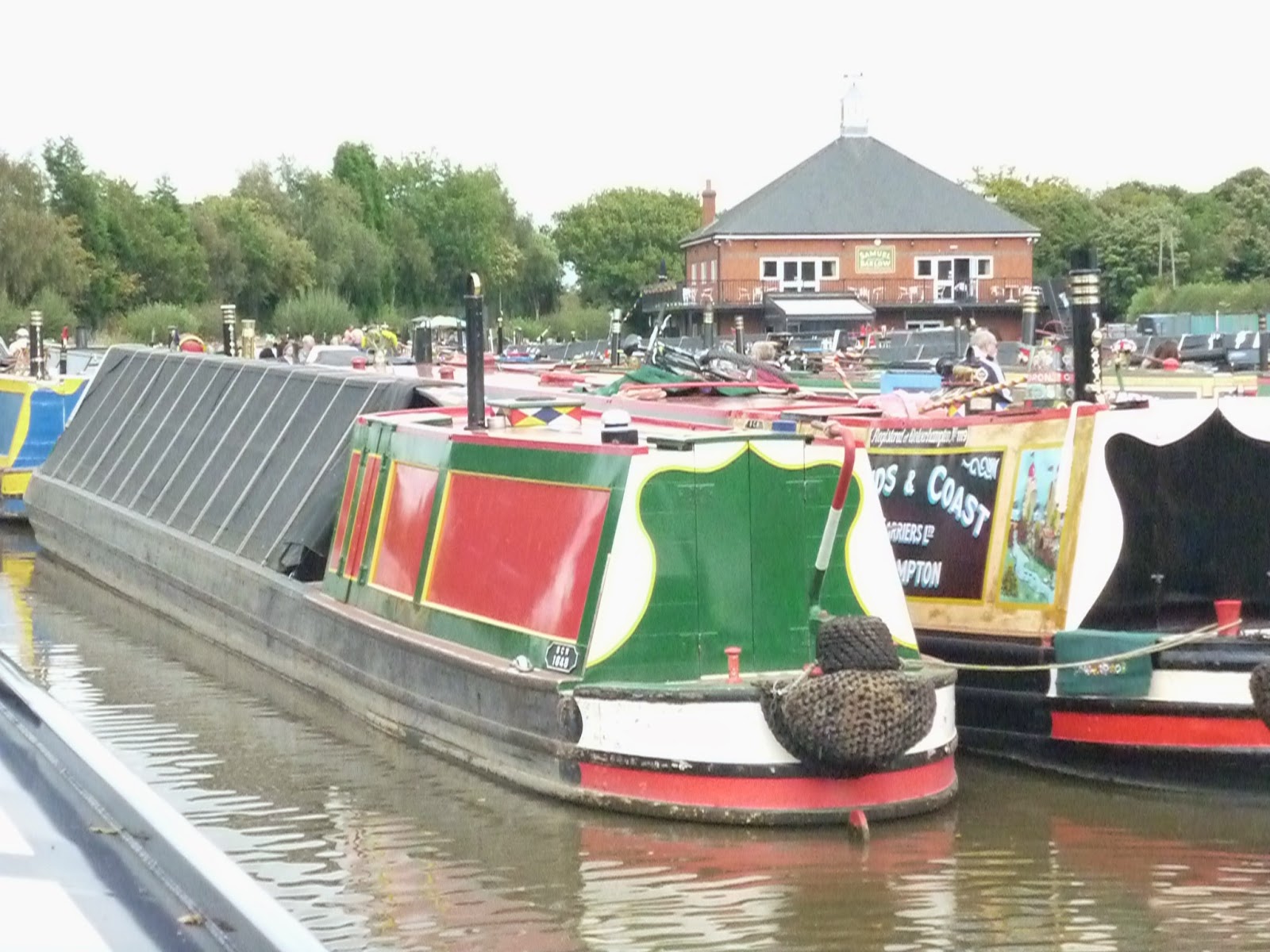 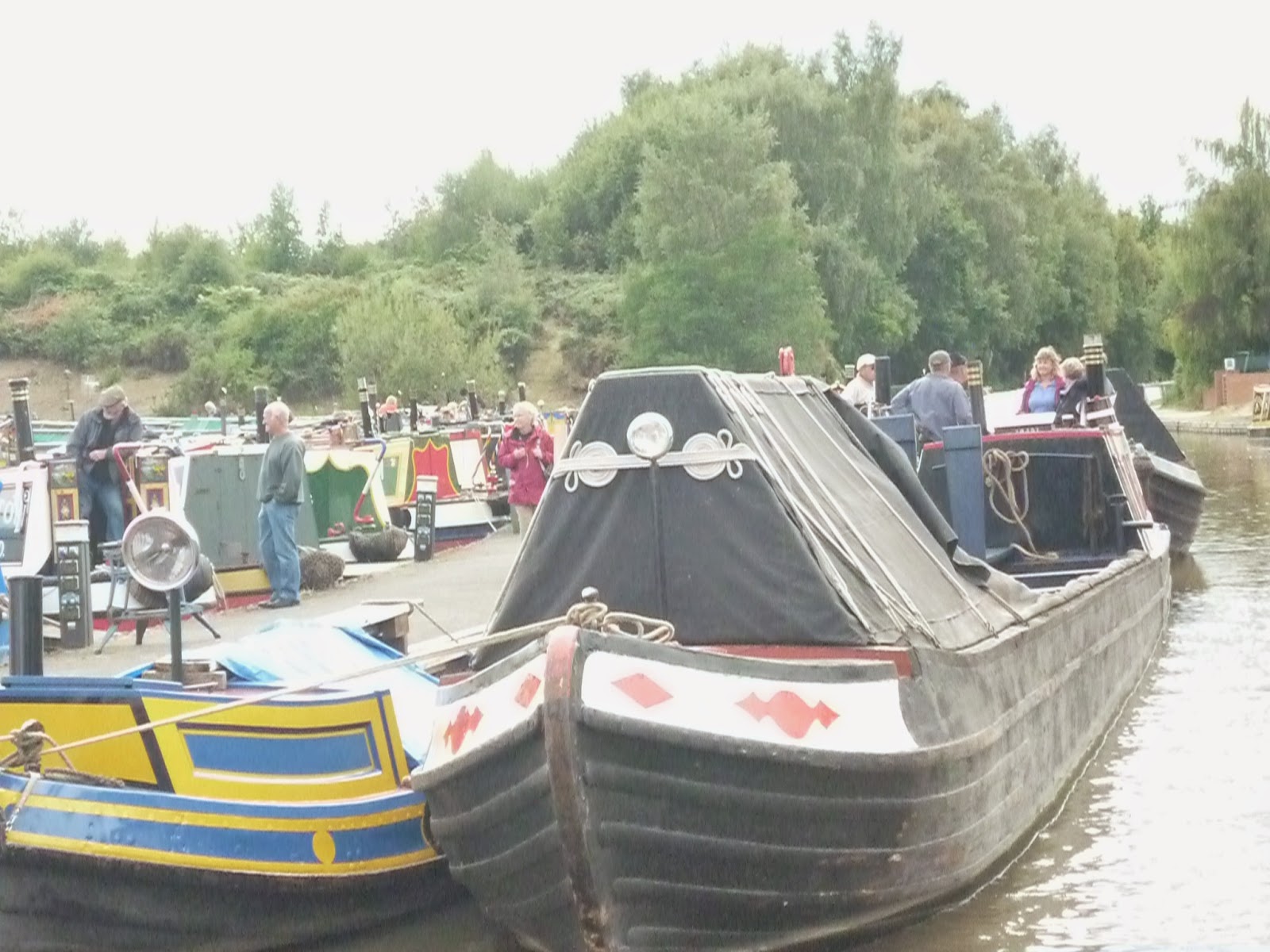 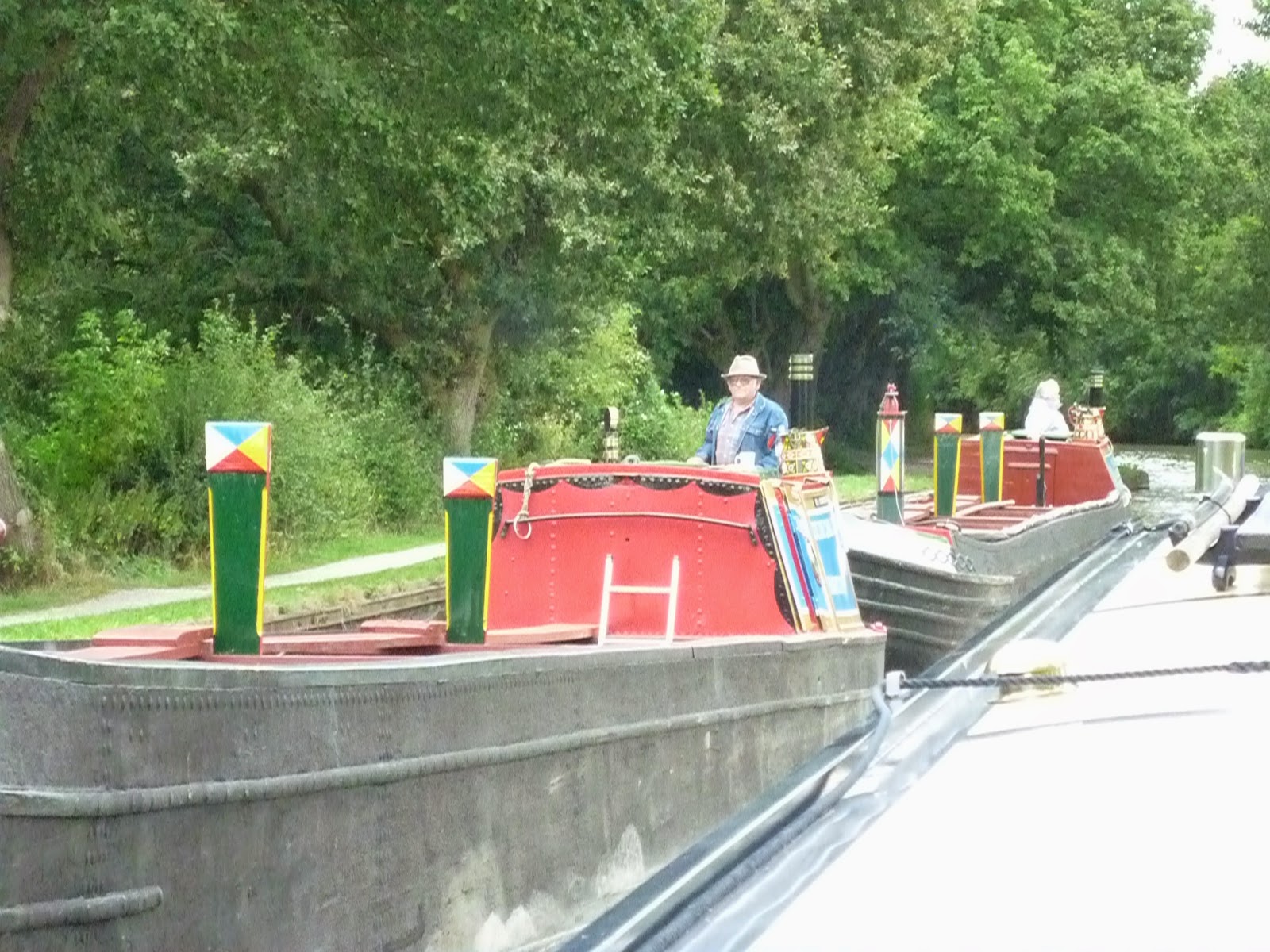 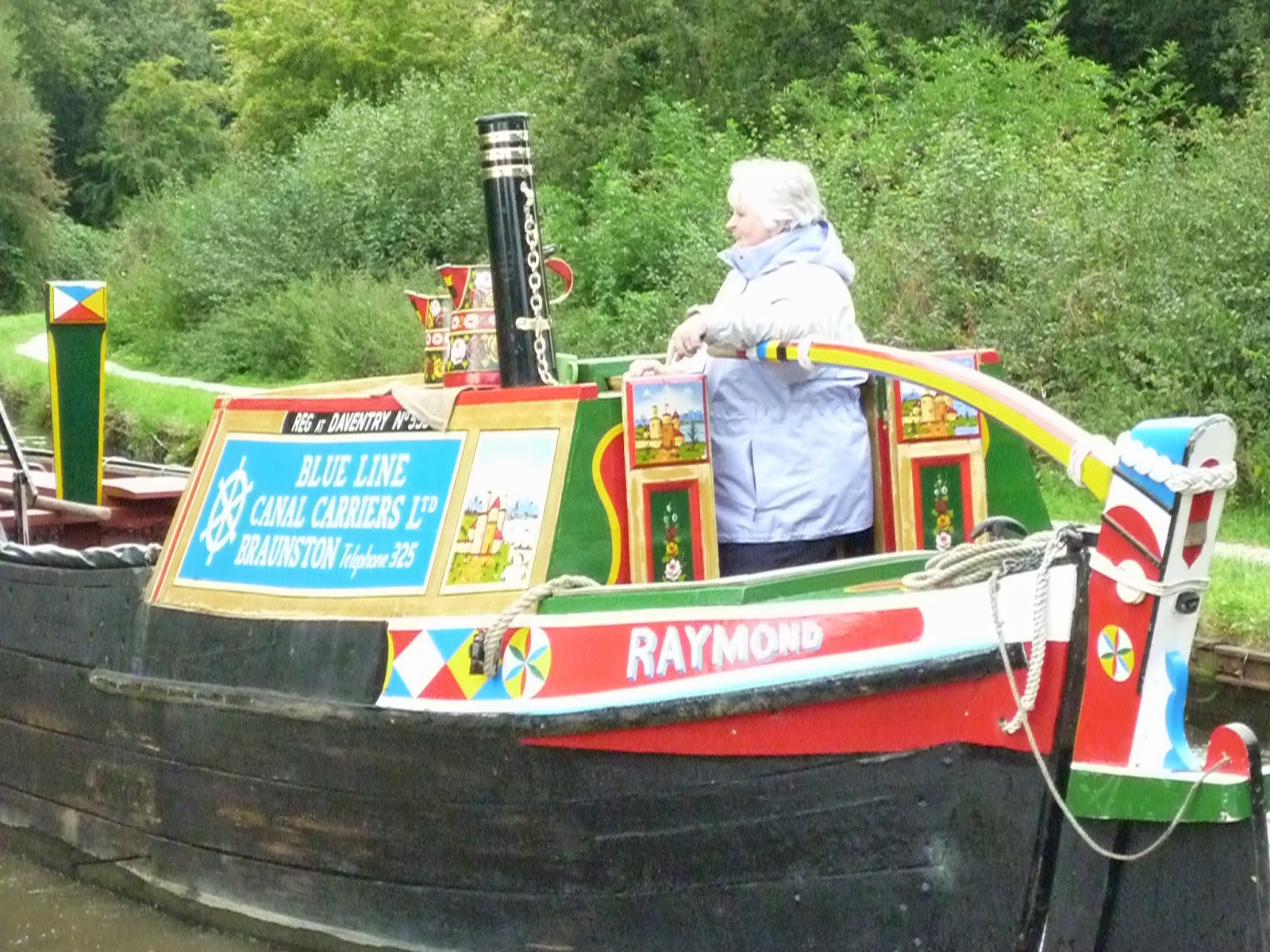 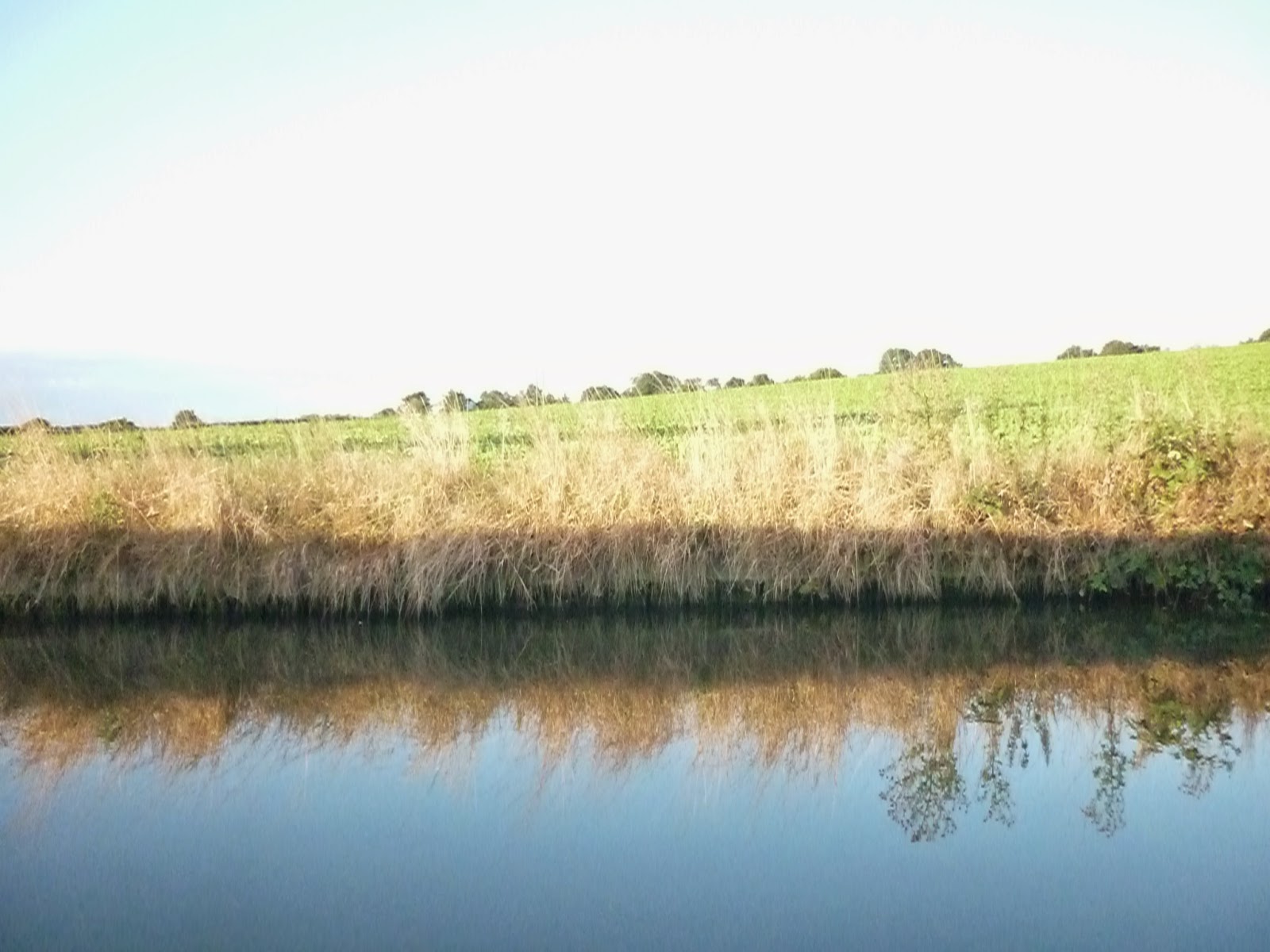 The view this morning from the hatch window