Wednesday 27th August
A bit foggy this morning and it had an Autumanul feel to it as we left our mooring around 7.45am and we made our way to Hillmorton bottom locks which were only a few minutes away. 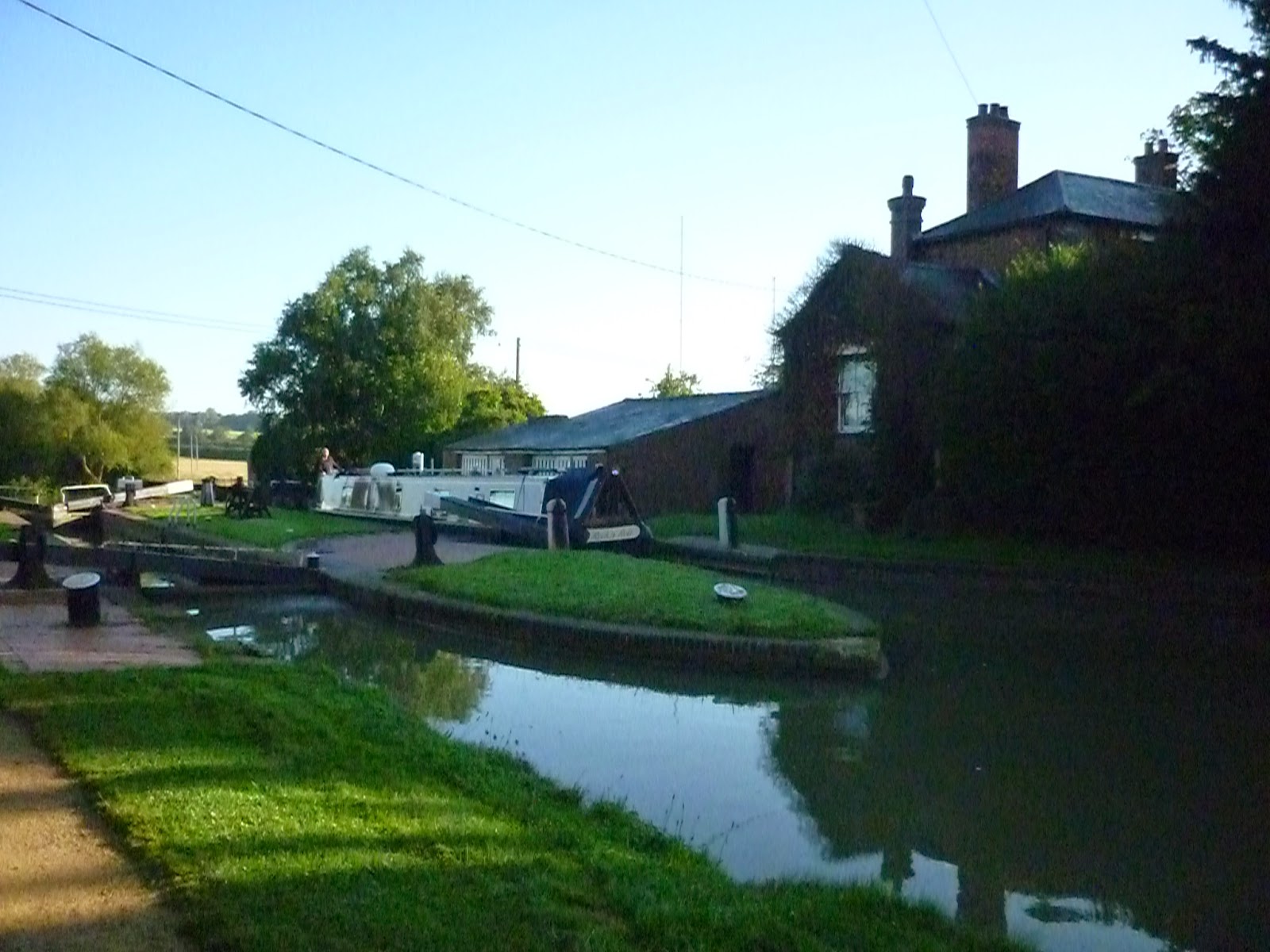 I left Kev to leave the lock and close the gate whilst I walked round to the next pair of locks, I noticed a man crossing them with a push bike and he headed off to the next pair of locks 6&7. Kev commented how low the pounds were with water and we could see the man opening all the paddles at locks 6&7 and Kev said he wondered if he was letting water down to fill the pounds. When I got to the locks where he was, he said that someone had come down the locks last night and left a paddle open and that his boat which was moored near the bottom locks was heavily listing as it was sat on the bottom! As Kev was entering these locks a woman from CRT came to do exactly what the man had been doing! As I was at locks 6&7 there was a notice on one of the lock beams saying there will be disruption at these locks 15th Sept to 10th Oct as they will be replacing gates and the ground paddle on 7, so if any of you are heading to Hillmorton around those dates at least now you know ok.
We didn't travel too far before we noticed a tree had fallen onto a moored boat  before the railway bridge close to the Wharf bridge and some of it was laying in the canal causing a bit of a obstruction but we managed to go round it ok. 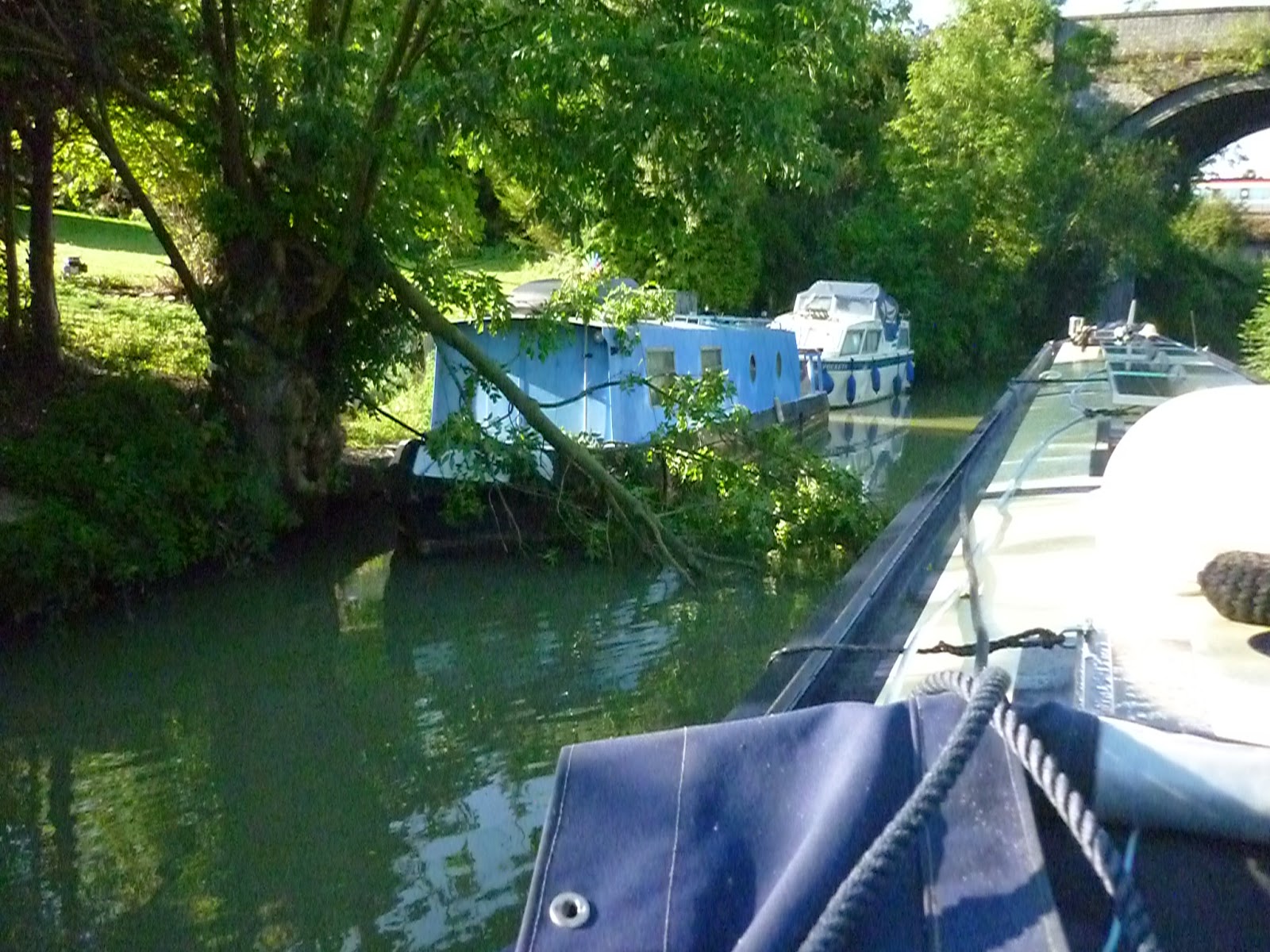 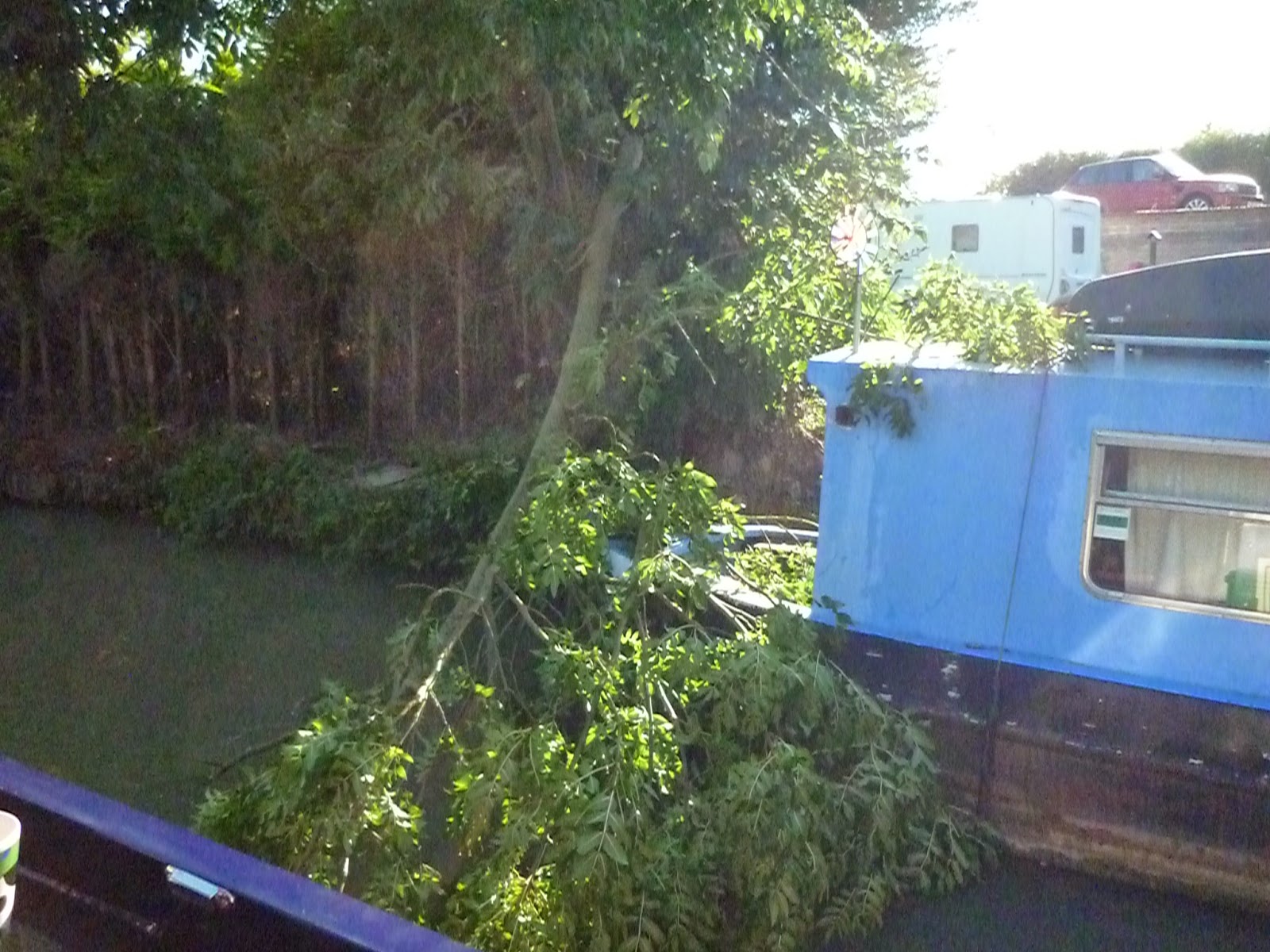 We got to Braunston and moored up just passed the entrance to the marina, I put a wash on while Kev went to AJ canopies for some studs or whatever they are called for the pram cover and also took in the canvas that goes round the stern to keep the dog in as one of the fasteners had pulled away so he left it with them and we will pick it up in about a week. Kev had a walk to Wharf House chandlers and bough a clock & barometer and when he got back we had something to eat then the washer had finished so we set off for the locks and we were joined by a hire boat so at least we could share all the locks, once clear of the locks we went through Braunston tunnel and met 3 boats coming in the opposite direction only one managed to knock into us so that wasn't too bad! Anyway we turned at Norton Junction onto the Grand Union Leicester section and went up the Watford locks and finally moored beyond bridge 8 and we will leave first thing in morning to get through Crick Tunnel