And now on the Grand Union canal

Saturday 11th July
We were away about 7.50 am, it was another lovely morning and warm too. 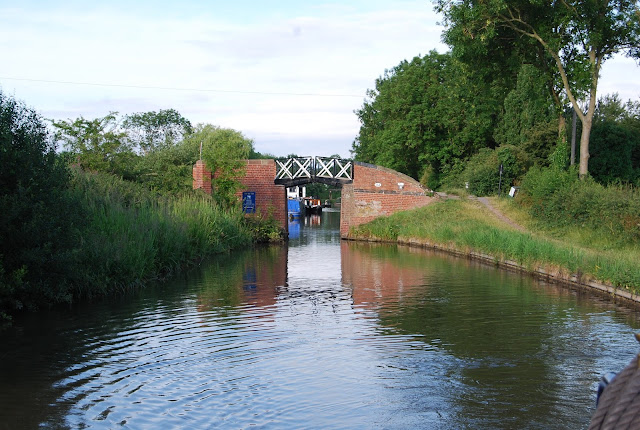 Leaving our mooring at Wootton Wawen 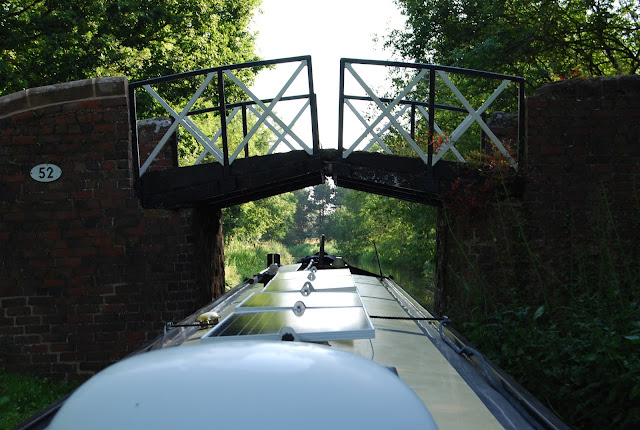 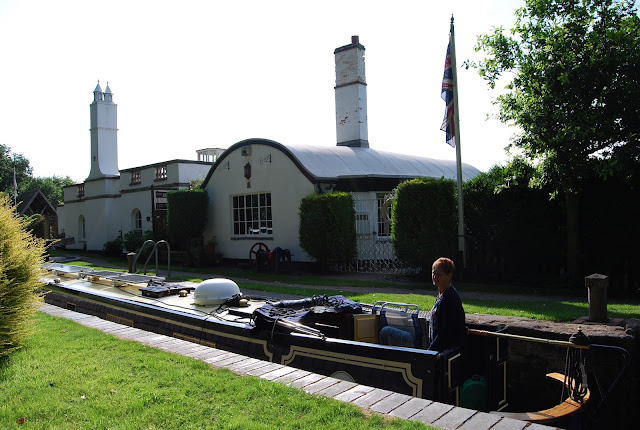 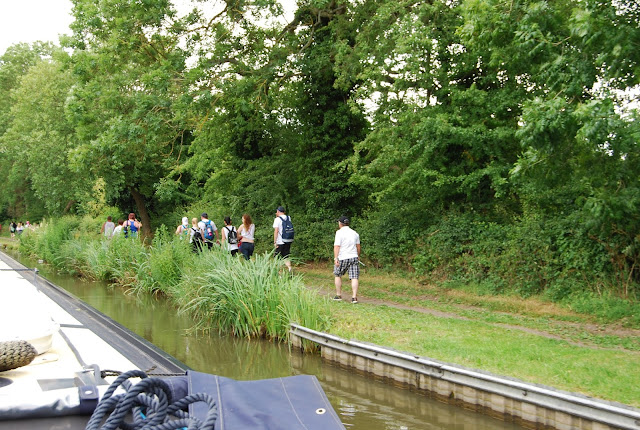 Kev worked the locks walking along the towpath to the next one he followed a group of walkers, they were walking 28miles for breast cancer, Kev didn't quite walk that far although he has done quite a few miles today! 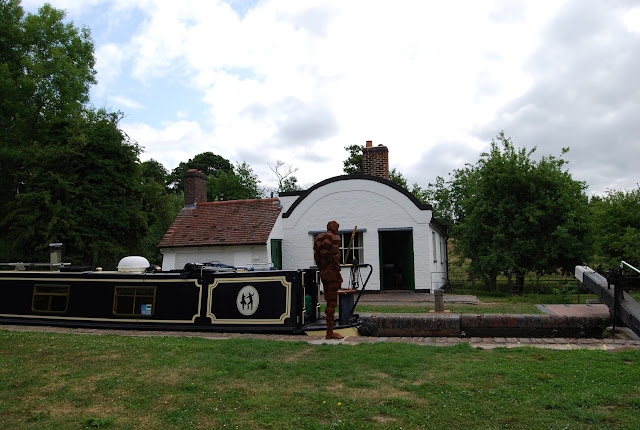 When we got to the lock at Lowsonford bridge there was yet another Barrel cottage, there were 2 women unloading their car and taking things inside the cottage they are really friendly and even helped me open the lock gate for Kev to come into the lock. They told me that this cottage is owned by  The Landmark Trust and they own lots of places and they rent them out for holidays. This cottage was built in 1812 and was called Lengthmans Cottage but that it was also known as Ned's cottage named after Ned Taylor who lived there for eight decades! We moored up on the visitor moorings just after this lock and were were opposite the pub called The Fleur-De-Lys. 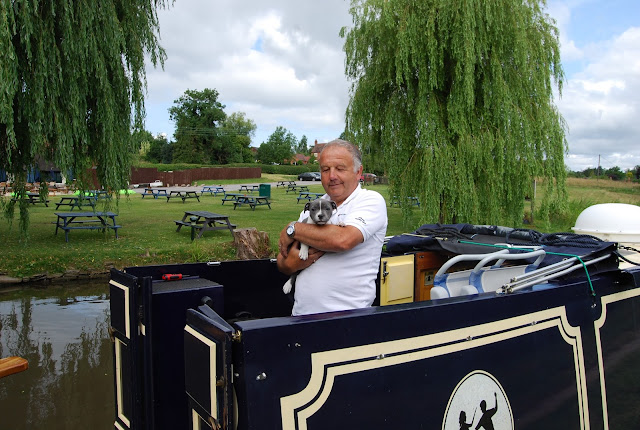 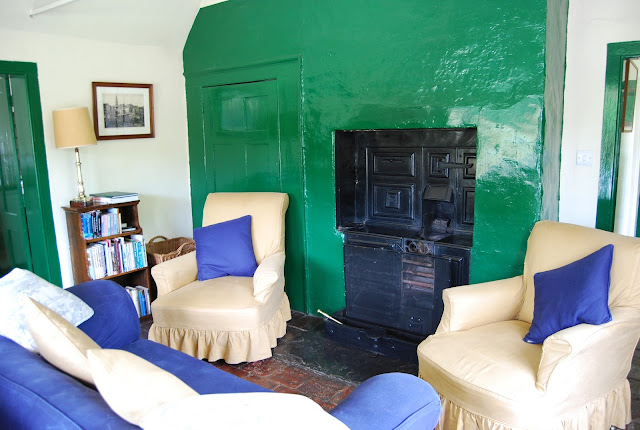 I walked back to the cottage as the women renting it for a few days invited me to look around, the range is the original. 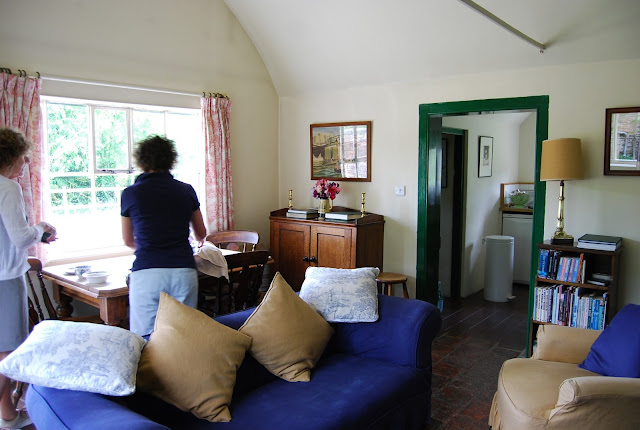 These are the two women, they didn't expect to be in this photo! 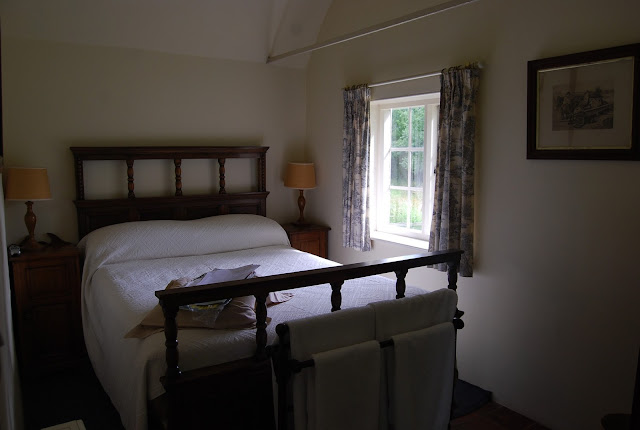 One of the 2 bedrooms 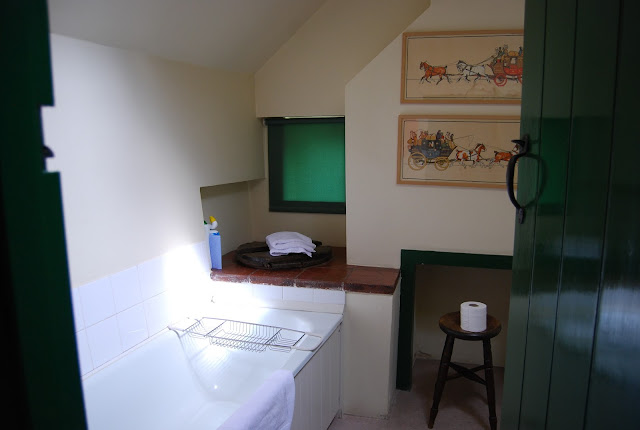 The bathroom, not sure what that is in the top left corner 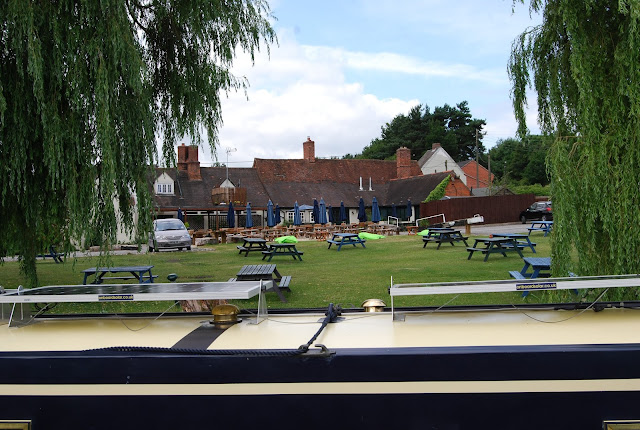 Fleur-De Lys pub
We had a walk to the pub above for some lunch and very nice it was too, we both had a beef with stilton pie. After we had eaten and got back to R&R we decided to crack on and do the rest of the locks as far as Kingswood Junction when we turned right onto the Grand Union Canal and we are now moored at the Tom O' The Wood moorings.
Posted by Unknown at 09:10