Off the Severn & Onto the Avon

Saturday 4th July
Last night we ended up having 2 boats breasted up to us, and so this morning we had to wait for the people on both boats to get up before we were able to leave. We probably could have managed to slip out and then tie them up but they were all up and about shortly after 7.30 am, so they were able to sort their own ropes out and we slipped away easily. 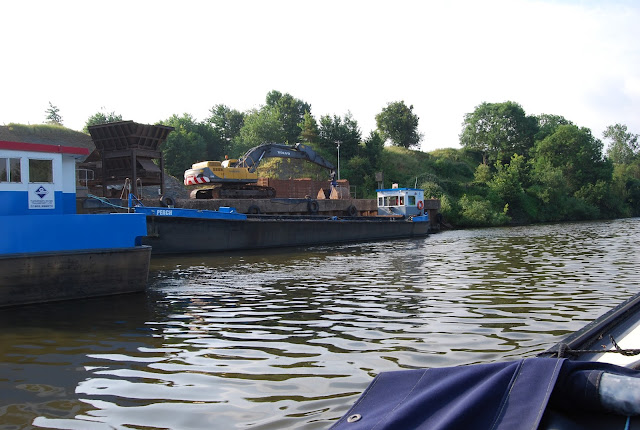 Passing gravel boats where they discharge their cargo here 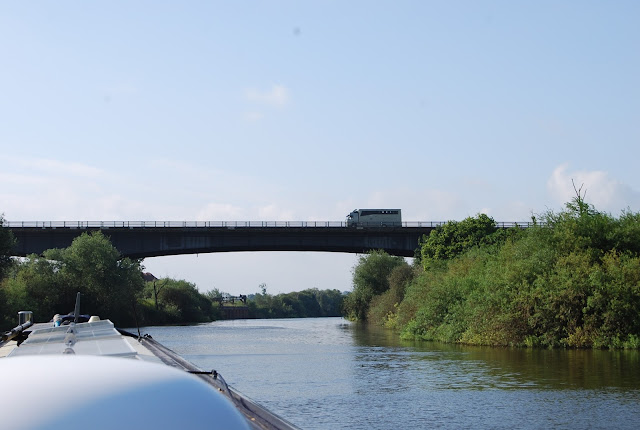 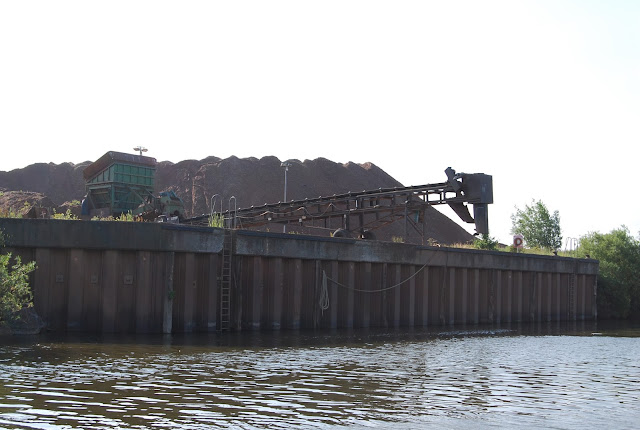 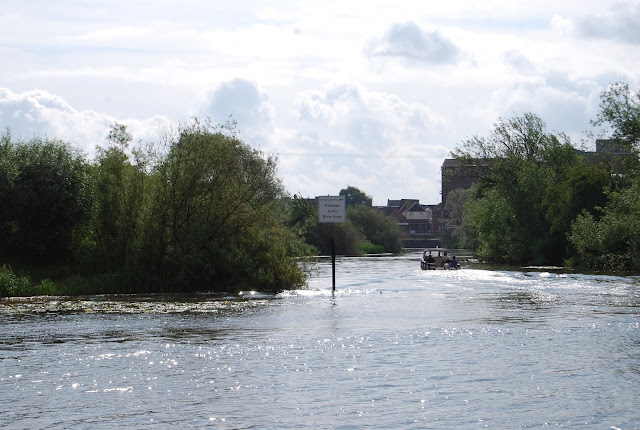 We got to the turning for the River Avon at Tewkesbury where we turned left and followed the little boat above and the lock for the river Avon is just to the left at the end of this little section. We got moored on the lock landing while Kev went to see the lock keeper about buying a license for the River Avon, he returned to the boat and said it was a woman lock keeper and she would sort the license when we were in the lock. We went in first and the little boat that is in the above photo came in alongside us, as we exited the lock we stopped at the water point which is just to the left of the lock and once filled with water we headed off on a breezy River Avon! 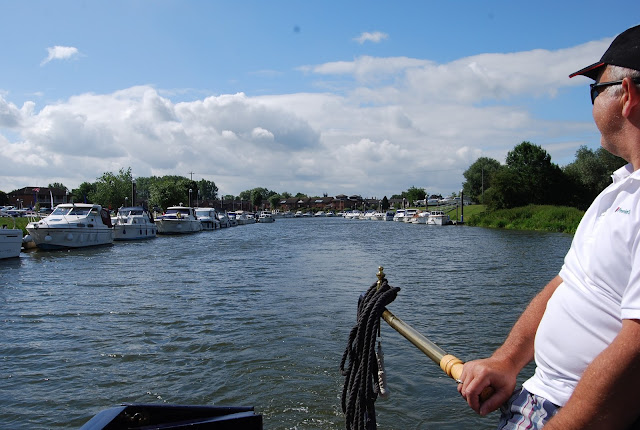 Passing the marina at Tewkesbury 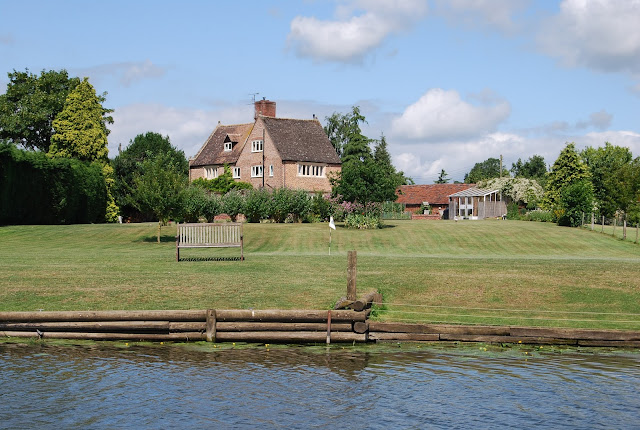 One of several nice properties along the way 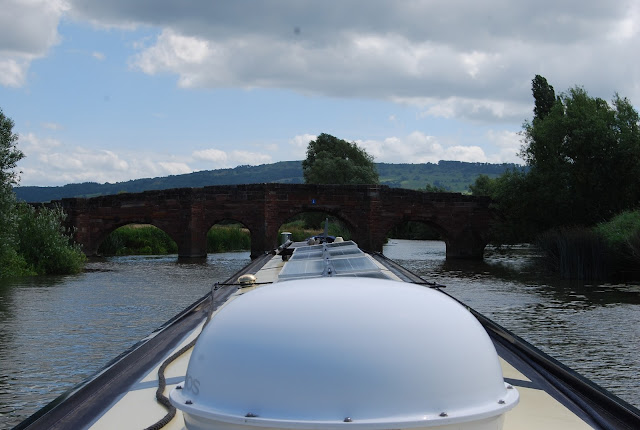 passed under this old bridge 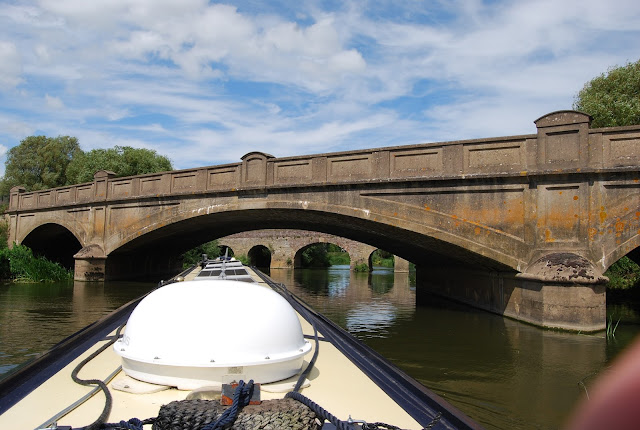 Then Pershore New Bridge & Pershore Great Bridge
The locks so far have been ok apart from Strensham lock which has an awkward lock landing to manoeuvre into the lock as it is set 90 degrees to the gate and when you are tied alongside of it your stern hangs out close to the weir.  We finally did the last lock of the day which was Pershore lock and moored upstream of the lock on the visitor moorings.
Posted by Unknown at 11:03