Sunday 5th July
After mooring up yesterday afternoon we had a walk into Pershore, not a lot to be said about this place really, there was a Brass Band event at the Angel Inn and it seems to be an annual event & there were lots of different bands taking part which is fine if brass bands are your thing! There is an Asda there so we topped up with a few things, the moorings here are quite good really with picnic tables all over and it was a nice grassy area, we had a few youths sat on a seat near our mooring and they were absolutely fine they were just sat talking although I think a couple of the lads were smoking something which wasn't tobacco! No problem to us but it was the mess they left behind, and in the morning the Magpies had been having a go at the takeaway they had  last night... 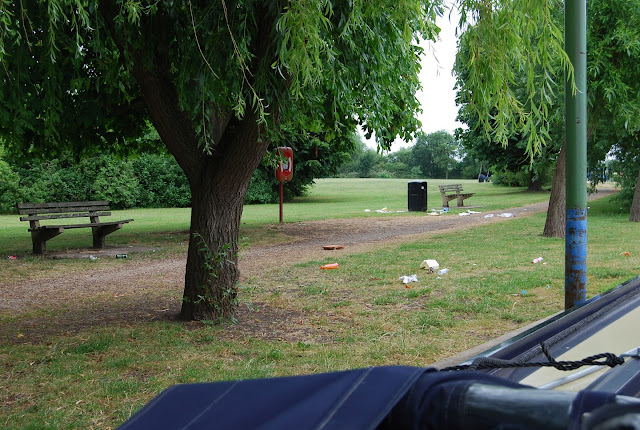 Would they like this outside their home!
A bit cooler this morning as we left Pershore at around 8am, while all the other boaters were still sleeping, we slowly passed them all so we didn't disturb any of them and we had the river to ourselves. Hey Gail (my Friend) here are some photos of properties etc I thought you would like... 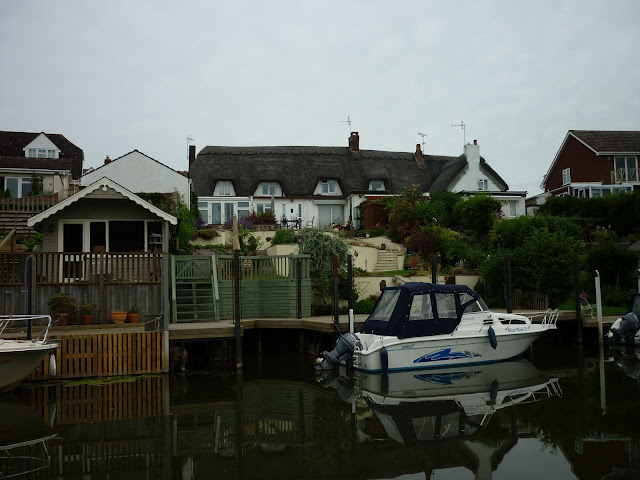 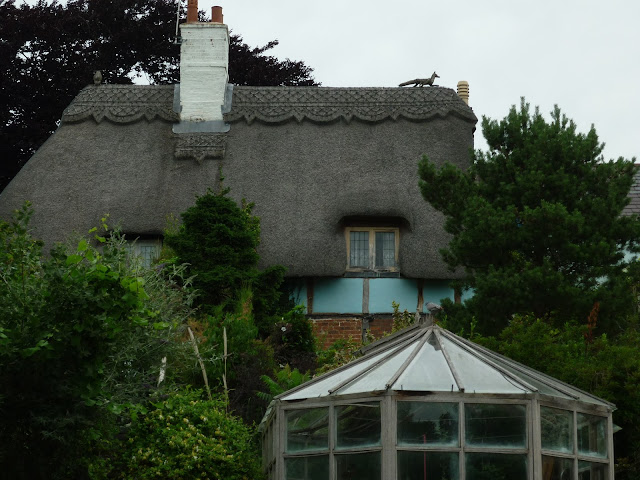 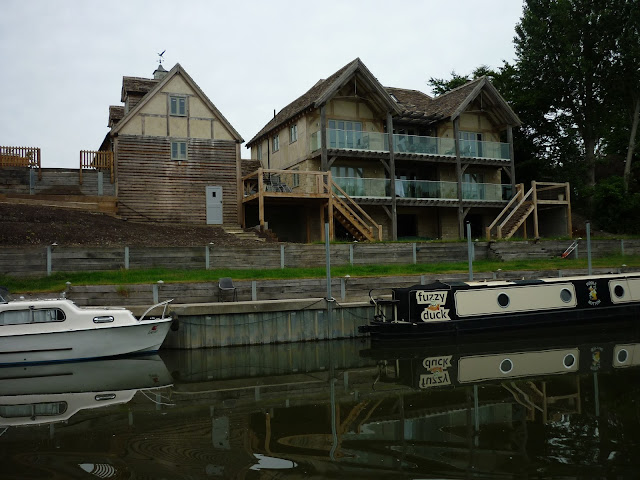 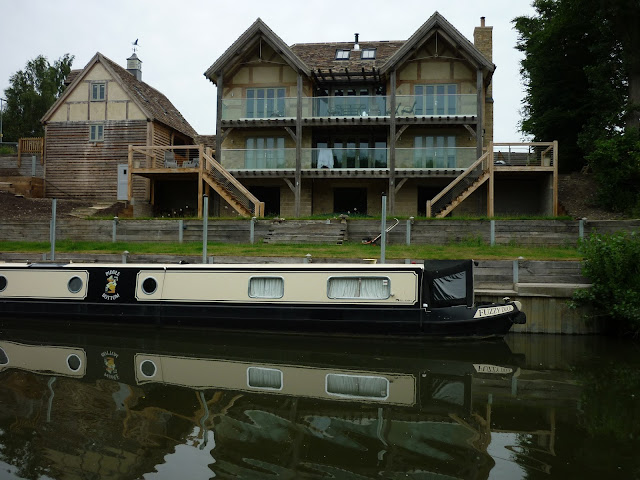 These properties just outside Pershore 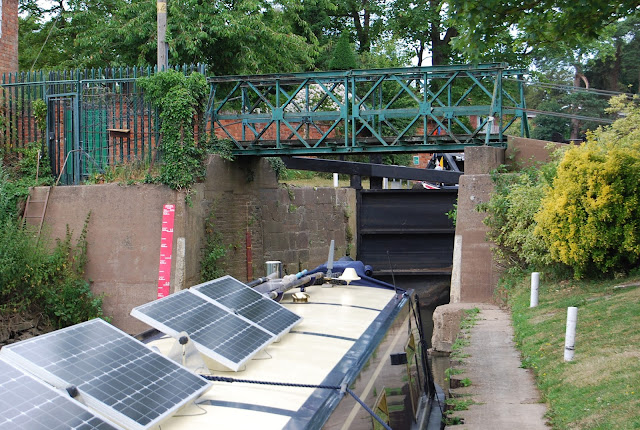 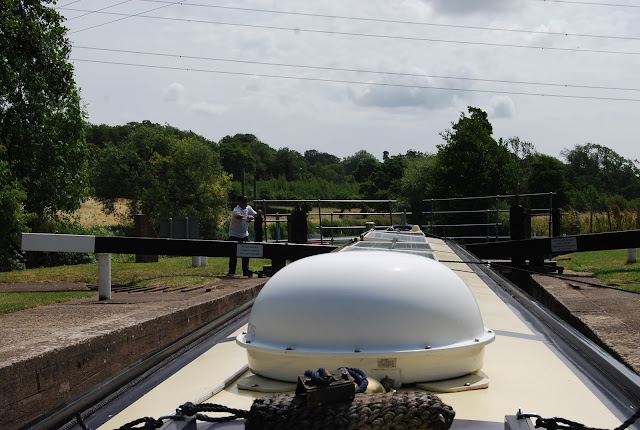 Kev getting his finger out!!

Well it has been a mixed bag of weather today sunny at times and then breezy, cloudy then rain!! It absolutely threw it down as we got to our last lock of the day George Billington Lock and after that we moored at the Fish and Anchor moorings. We had a walk for some food to the pub and it was lovely.
Posted by Unknown at 10:04