Monday 27th June
Today we were expecting Sue & Vic on Wb No Problem XL to join us at the moorings at Dorney,
Carol sent me a text to say that Sue had let her know they were getting water in Windsor and then they were coming up Boveney lock. I decided to walk back to the lock to wait for them coming to get a few photos. While I was waiting I took a couple of photos of trip boat Southern Comfort attempting to enter the lock, I say attempting because he hit the wall twice trying to enter the lock! 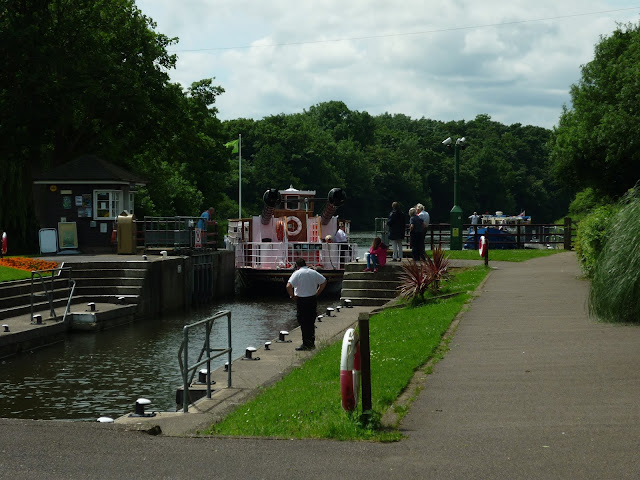 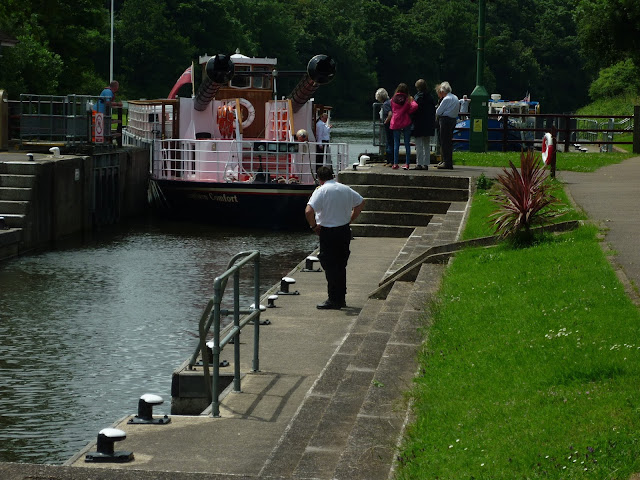 At the lock there is an interesting bit of information about Boveney lock... 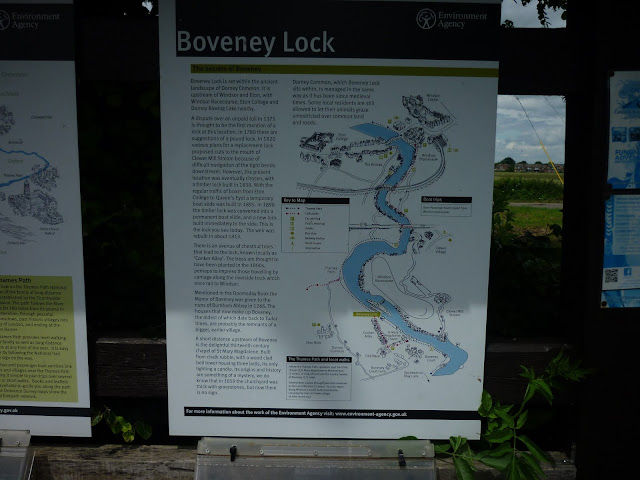 I had a quick read of it and then just after another trip boat was leaving the lock.... 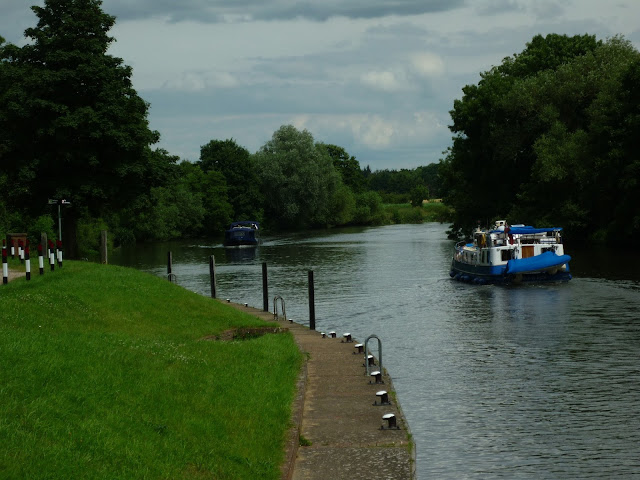 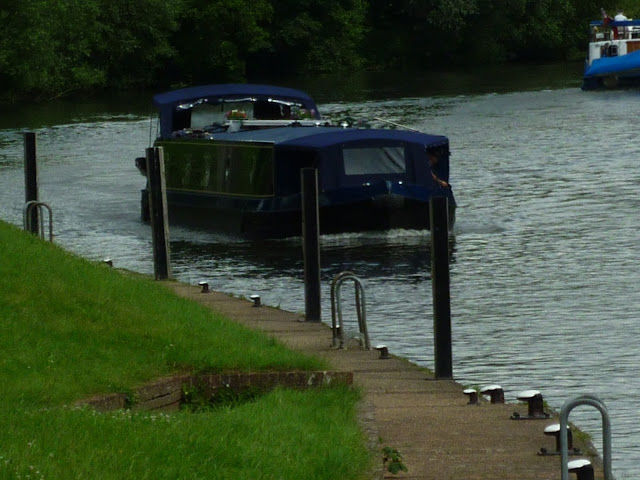 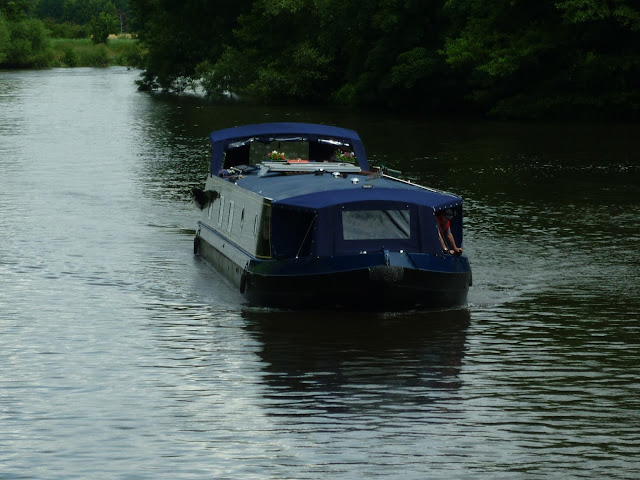 Sue is at the wheel with Vic at the bow 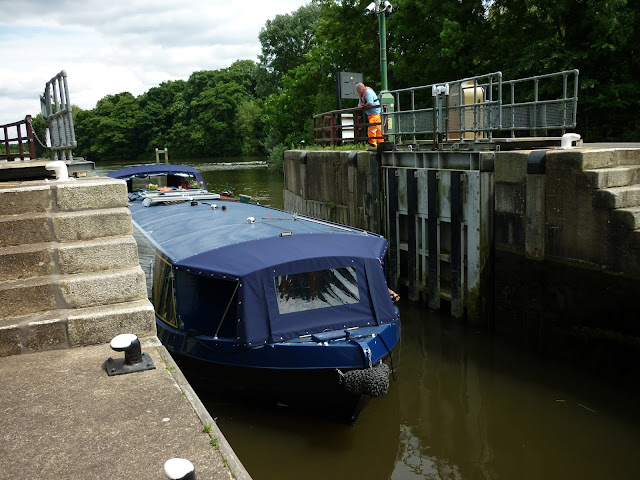 Sue made a perfect entry to the lock unlike Southern Comfort! 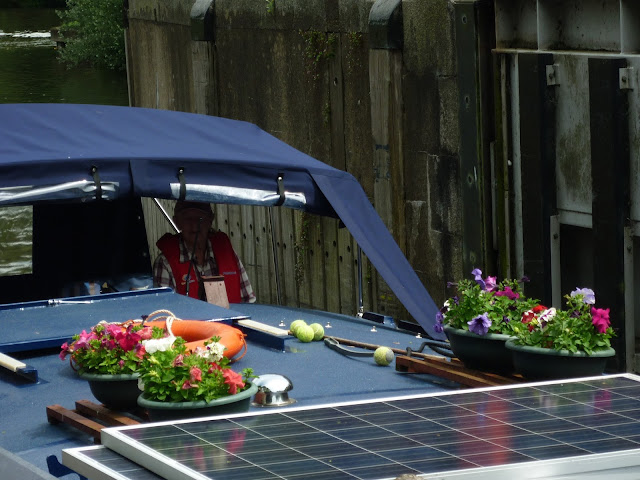 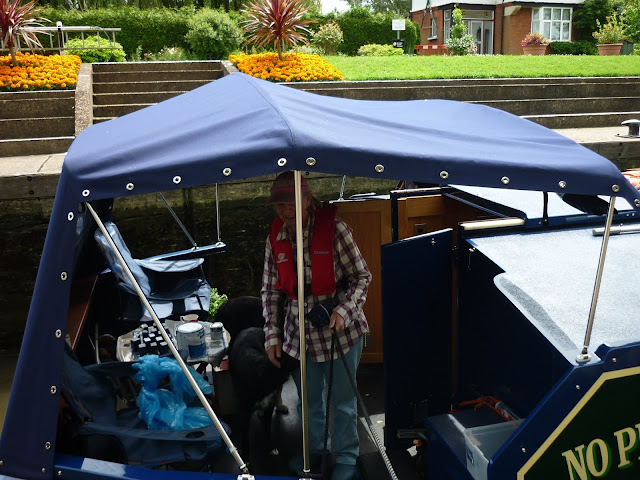 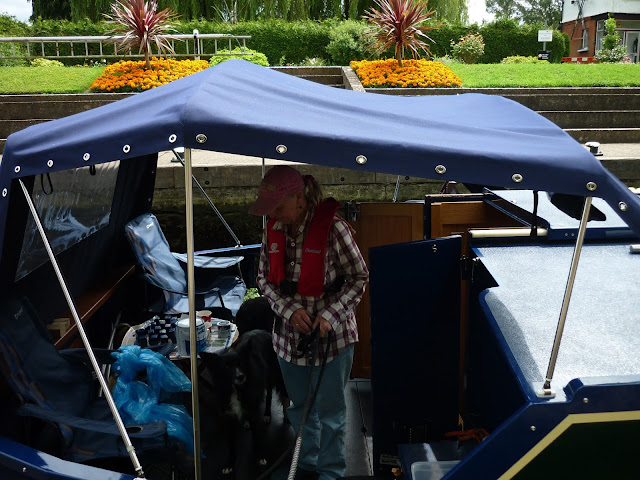 I went to the bow and took the rope from Vic and put it on a bollard and then took the stern rope from Sue and did the same for her. Once the lock was full and the gates opened I managed to get aboard and got a lift back to Dorney, where Kev & George were waiting to get the bow & stern ropes from NPXL and managed to get her tied up.
Posted by Unknown at 09:00