Sunday 19th June
It was a miserable start to the day with fine rain for a while, Geoff called round to ask if we needed anything from the shop as he was going on his bike to get a paper, I only needed my fix of a bar of chocolate! We arranged with Geoff to go for a walk at lunchtime with the dogs up to the Magna Carta memorial. By the time we were ready to go about 12pm it was cloudy but at least it wasn't raining, we asked George if he was coming with us but he was about to have his lunch so he said he would catch up to us. We crossed the busy A308 into a field which had several cows with calves in, the grass was quite long and very wet! We also had to watch where we were walking as there was plenty of cow pats around! 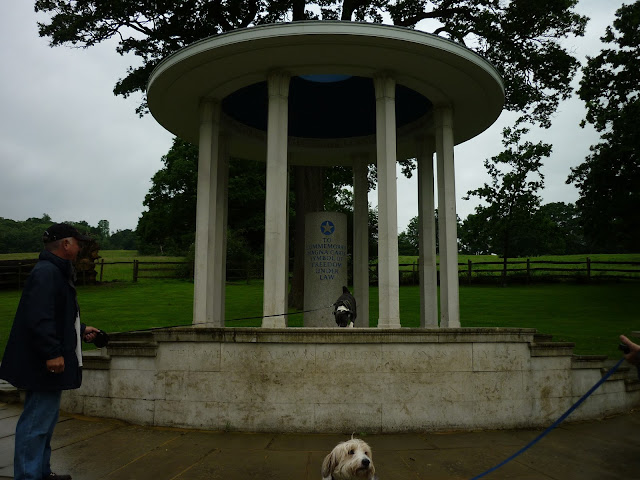 Jaz & Meg were not too interested in the memorial! 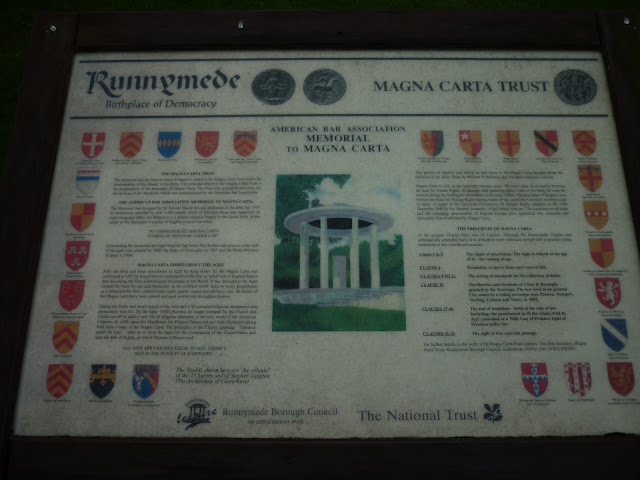 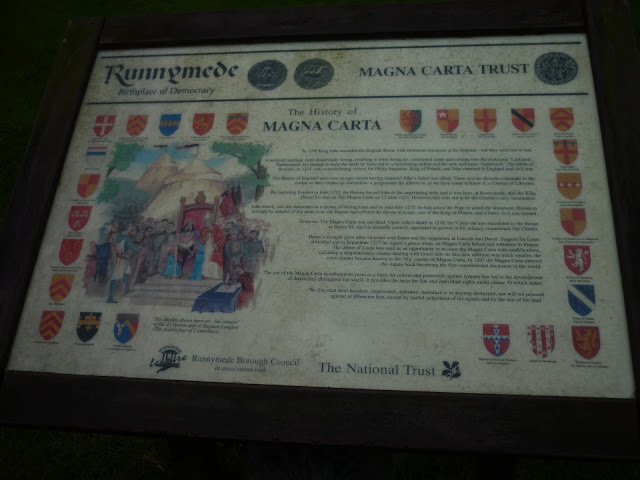 As we left the memorial George was coming across the field with Molly to join us & we then had a walk to see the Kennedy memorial which was up a bit of a climb, there were steps leading to it but they were quite slippery as they were damp due to the rain. 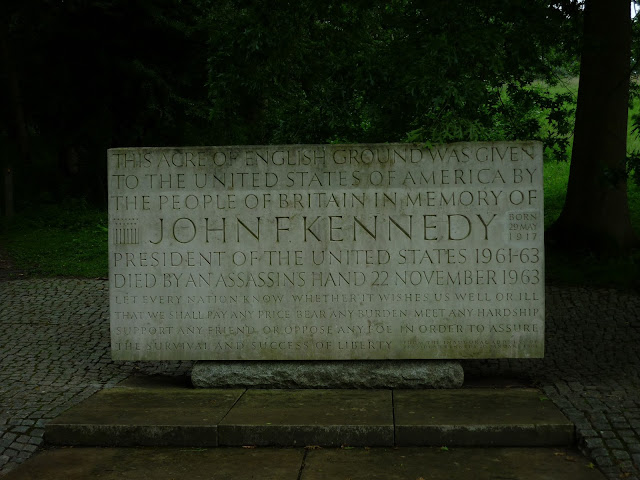 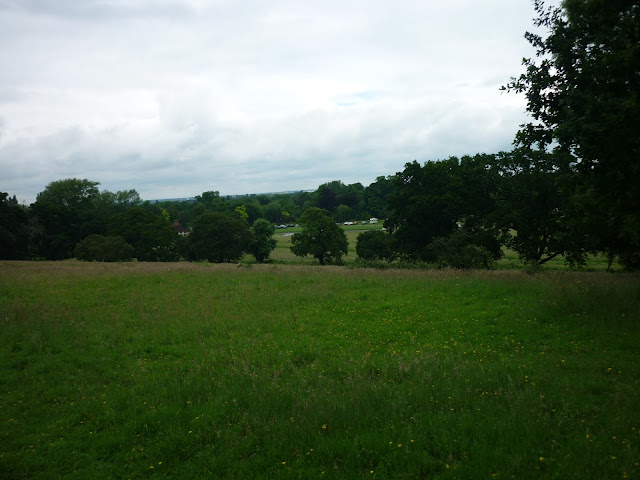 Good views from up here 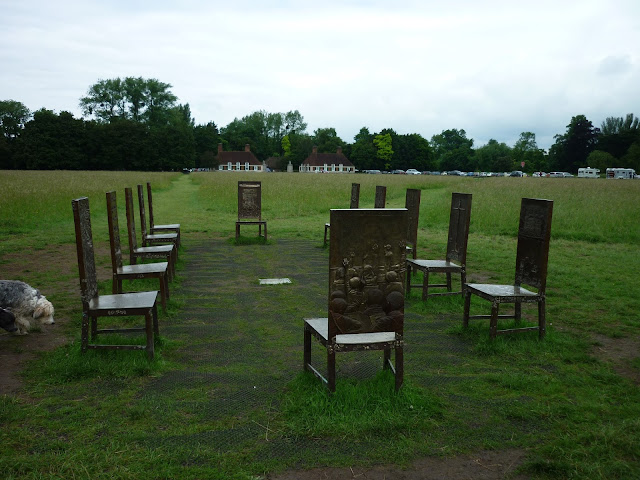 The Jurors
The above photo shows an art work by Hew Locke and it was to mark the 800th anniversary of the sealing of the Magna Carta in 1215.
Carol on Wb Still Rockin has detailed the above art work on her blog which is very interesting.
There is a web site www.artatrunnymede.com
We all walked back through the meadow to cross back over the A308 onto the walkway along the Thames and back to our boats.