A break from the small flotilla

Tuesday 28th June
Last night we watched the football match but had to turn it off shortly after the second half as it was too embarrassing to watch! I was woken this morning just after 3.30am by a noise to the stern of the boat, so I woke Kev up who went to investigate what it was. We had forgotten that we had left a bag of rubbish on the stern, we don't usually leave any rubbish back there it is usually inside the back doors, but something had been on board and had ripped open the bin bag and its contents where on the stern so Kev had to rebag it all up and bring it in behind the back doors! We think it may have been a Fox but we weren't sure but whatever it had been had made a mess! We won't do that again! This morning we made the decision to leave the other 2 boats and set off just after 9.30 am. 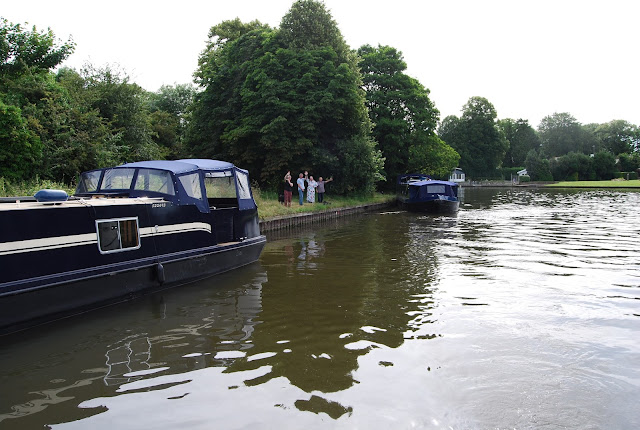 Leaving Dorney moorings
It was forecast to rain today but we had lovely sunshine and it was warm too. 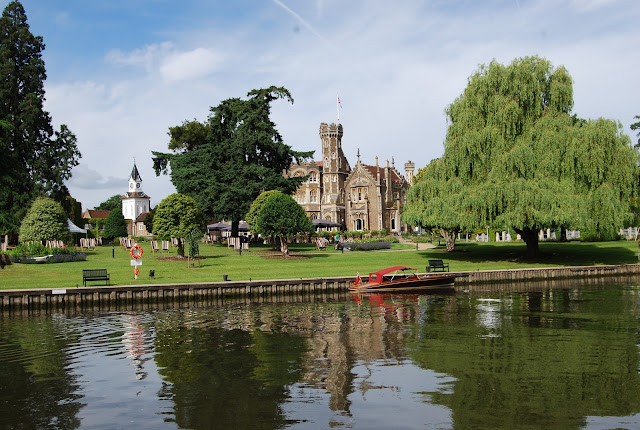 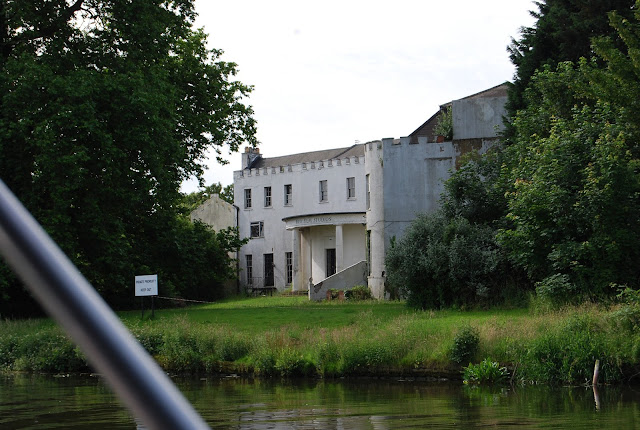 We noticed this building which had been Bray Film Studios 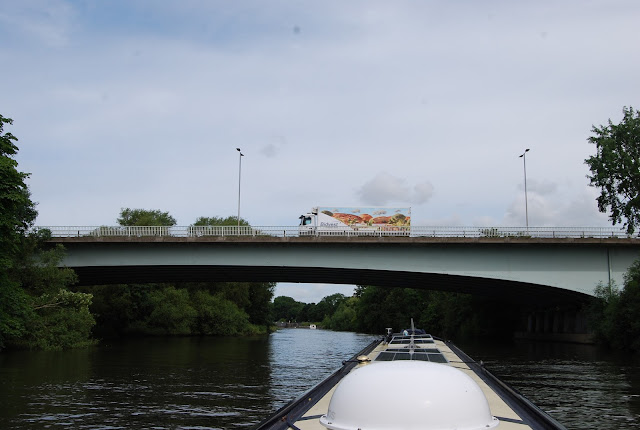 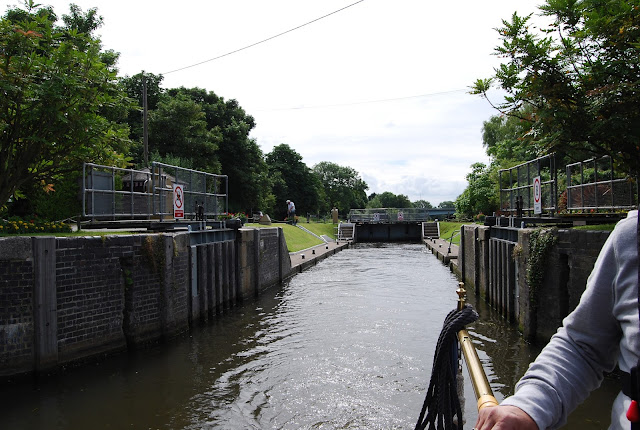 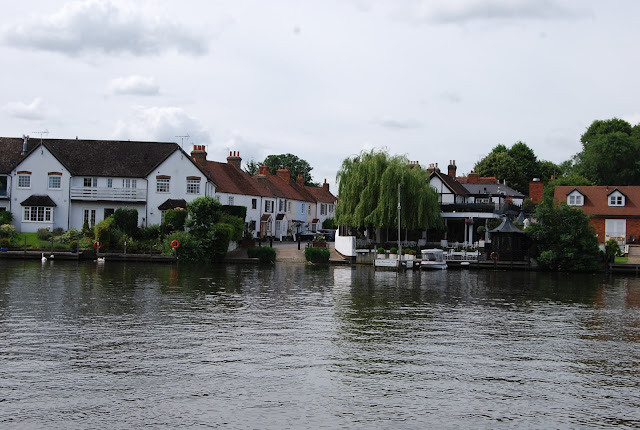 Bray itself has some lovely properties along the Thames 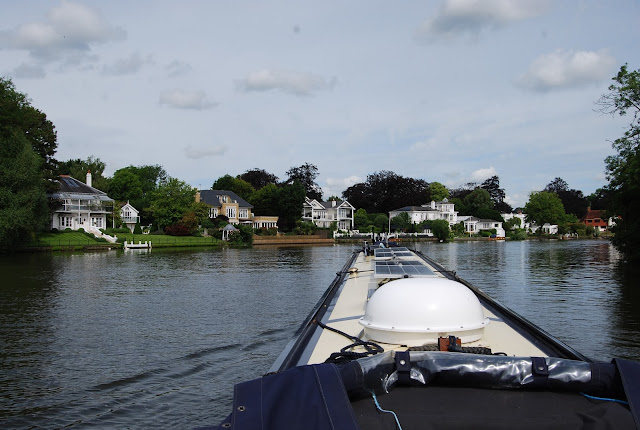 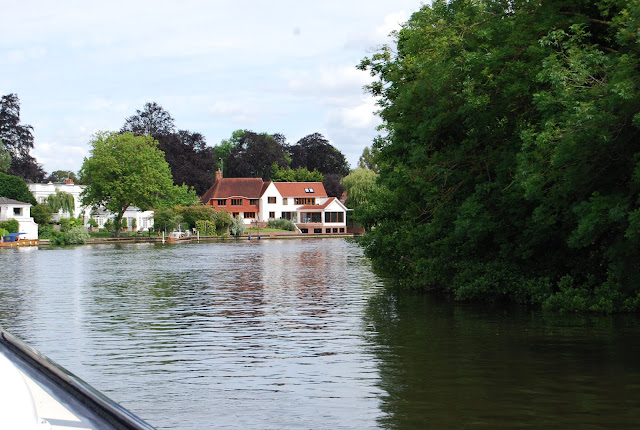 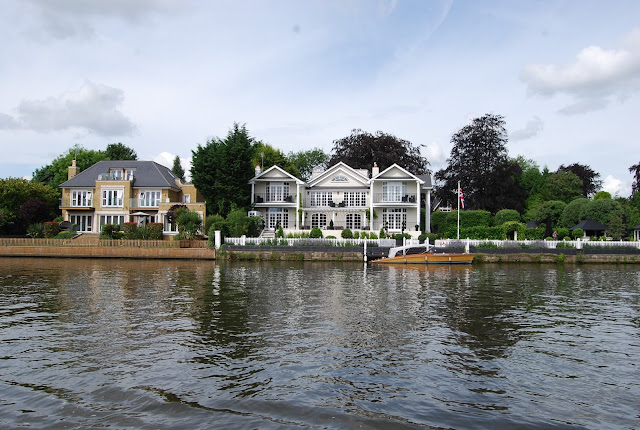 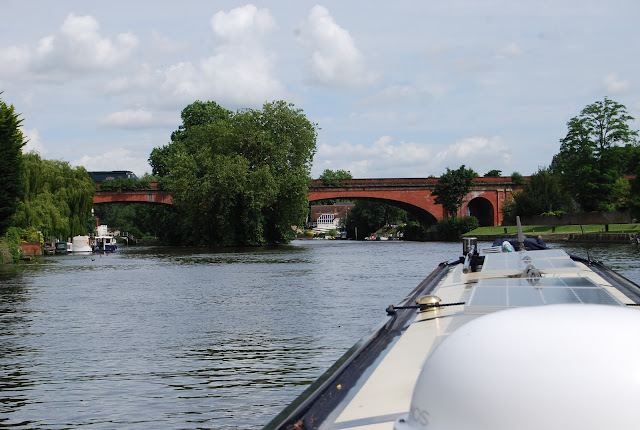 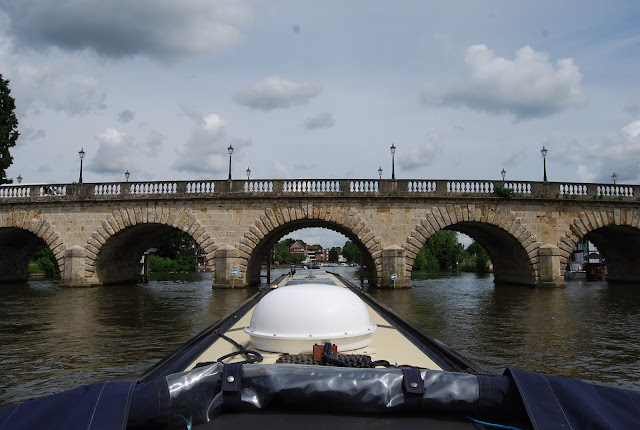 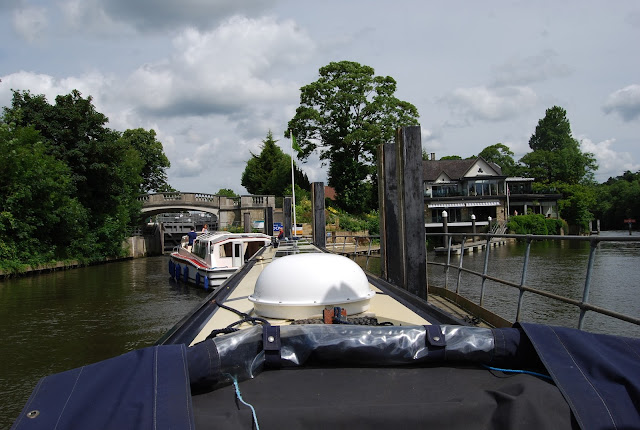 It wasn't too long before we were at Cookham Lock which was the last lock for today, we wanted to fill with water and as there is a water point above the lock we tied up and while Kev was filling the water, emptying the cassette & getting rid of our rubbish I took Jaz for a walk. 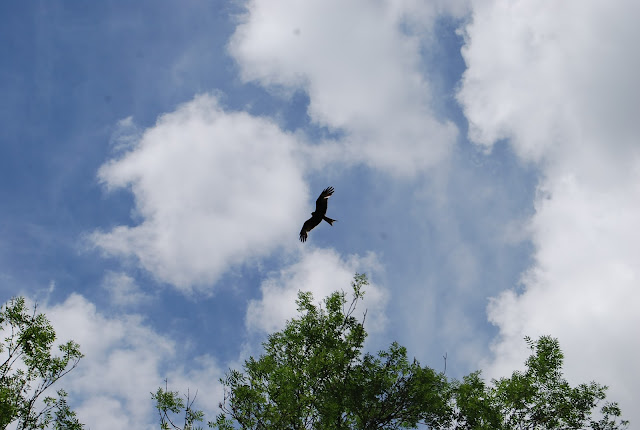 A Red Kite was hovering above us near Cookham Lock

We didn't have to go much further and we moored just passed Cookham Bridge where there were plenty of moorings, the sun was still shining but it started to cloud over about 2.30 pm. We had a nice walk through the 11Th Century church into Cookham, it is a lovely place. Although it must suffer from flooding as there are some signs that say"No flooding expected"and there is also a causeway to walk over some of the land. 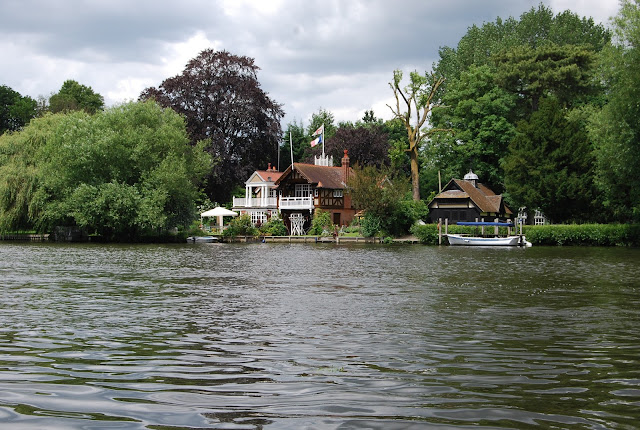 The view across the river from our mooring 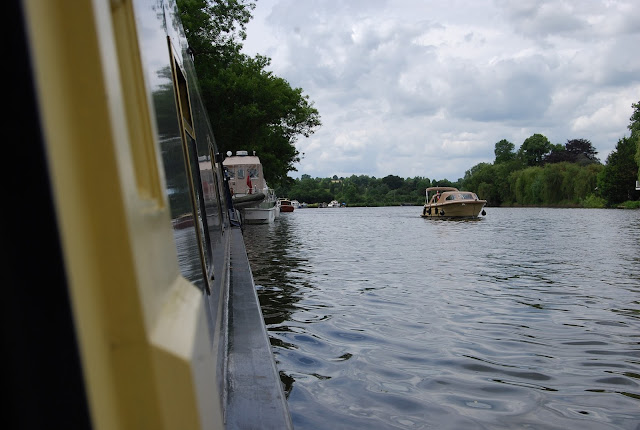