All alone in Banbury, but not for long!

We have been moore in Banbury for a few days and on Saturday my brother John had hired a car to come & pick my mam up.  Kev was going to go back to Hull on Sunday morning with John & my mam as he wanted to go home & bring our car back and also bring the pushbike too. They all left after a cooked breakfast just after 9am and I stayed with Jaz in Banbury, I had spoken to a CRT man to ask if it was ok to stay a couple of extra days as I didn't want to take advantage or get a fine of £25 a day! Yesterday afternoon Kev got back to the boat just after 6pm, bringing with him a new starter battery that he had bought in Hull & also a new thermostat for the freezer. This morning  Kev went to the car and got the bike and we have put it on the roof with a mat under one of the pedals so it doesn't scratch the paintwork, he put some money in the parking meter and then we left Banbury at 9.20am. 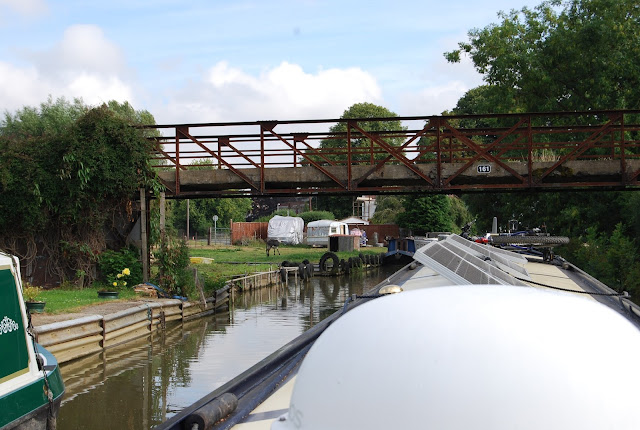 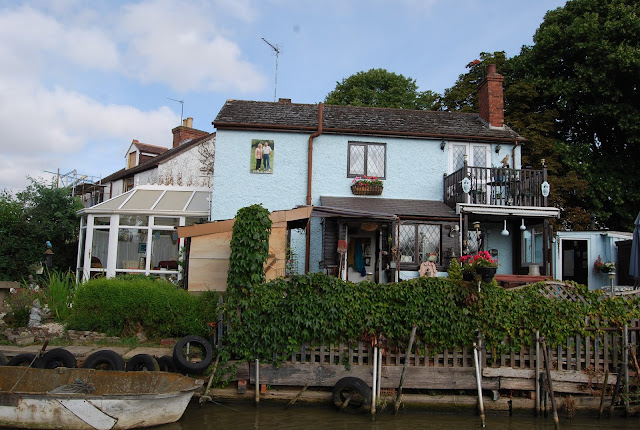 This house has a photo on the outside wall with the owners on it! Very odd!
We were having a lovely cruise in the sunshine with only a slight breeze at times, there has been a steady flow of boats coming from the opposite direction to us which made the locks easy as they were in our favour  each time we approached them there was a boat exiting, even though we only had 3 locks to do today. 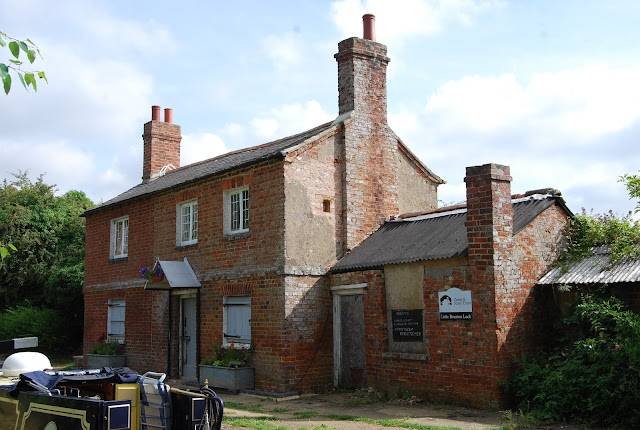 The house here at Bourton Lock is empty but owned by boaters.
We managed to get moored at Cropredy where we will stay until tomorrow, we had a bite to eat and then Kev got the bike down off the roof and has gone back to Banbury for the car. We are going to keep the car with us and just move a few miles each time and then Kev will ride the bike back for it. Kev will be going back home at the end of August as he wants to go to the Freedom Festival in Hull, also we have some coal being delivered to our home in Roos and Kev has a dentist appointment too. I will stay with Jaz on the boat.