Painting all done, but a sad sight to see at Hillmorton!

Monday 29th August
On Saturday Kev drove the car to Hillmorton and rode the bike to Willoughby and we had a bite to eat before setting off at lunchtime. It had forecast rain but it was fine all the way to Hillmorton where we managed to get moored on the 14 day moorings above the top locks, and we were close to where the car was parked. While Kev was tying up etc I took Jaz for a walk and just as I was walking back to the boat it started to rain and luckily as I got on board it absolutely bucketed down! It rained all afternoon with a bit of thunder & lightning too!
We had a bit of a mishap under the galley sink! As Kev went into the cupboard there was water all over the top shelf, I had a twin pack of kitchen rolls there and they had absorbed that much water that I had to throw them away. After turning the water off and emptying the cupboard we dried it out and Kev noticed where the water had come from. The water filter had cracked and so water was seeping out from it, we turned the cold water off under the sink so at least we could get water even if it was hot! Thank goodness we had a good internet signal so Kev was able to check if Midland Chandlers had one in stock, and they did. We also have a water filter under the sink in the bathroom which is a different one to the galley one, but Kev decided that he would buy both filters and change them. It was still pouring with rain when he left but he only had a 5 minute walk to the car and was soon back with the 2 filters and fitted the one in the galley.
When the rain had finally stopped I took Jaz for a walk towards the locks and only 3 boats along I saw a sad sight... 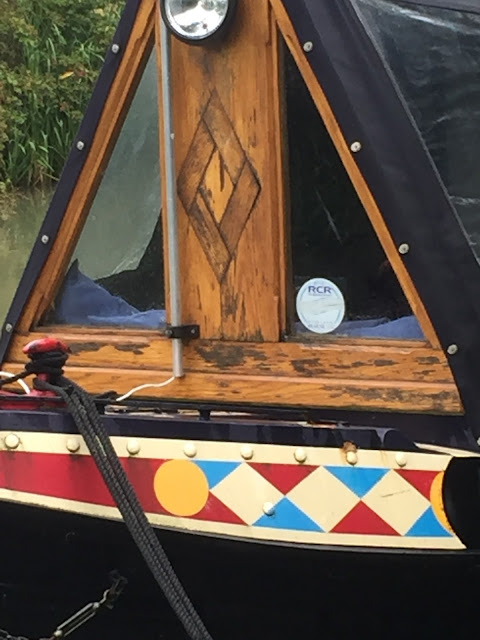 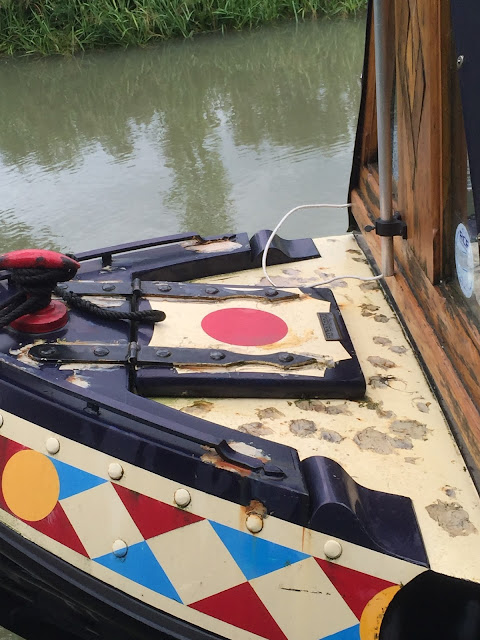 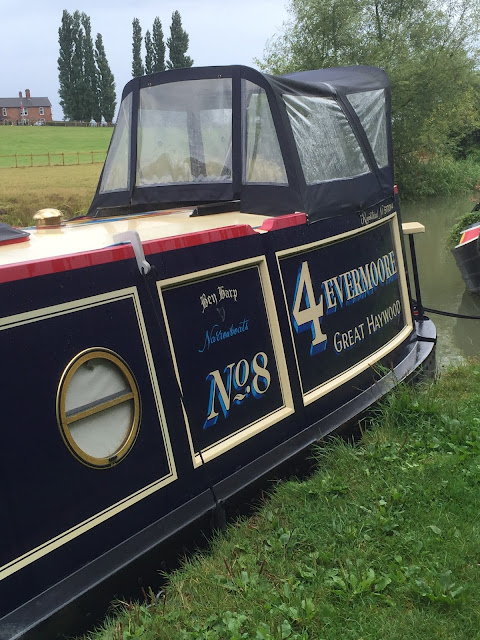 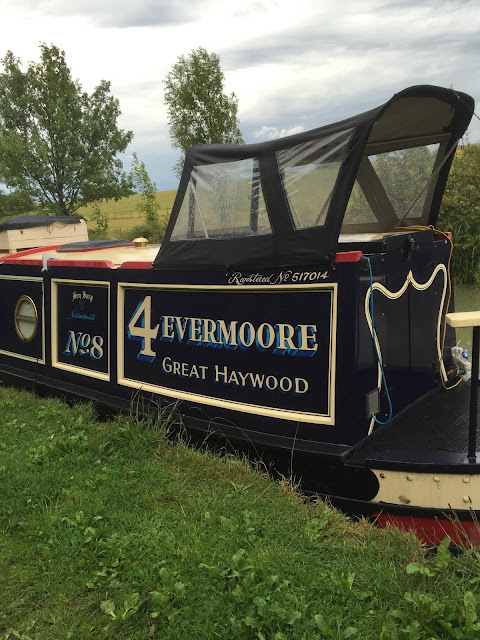 Our first boat!
"4EverMoore" looks a real mess and it was very sad to see that the people who bought her haven't looked after her at all, and they weren't on board.
Yesterday Kev managed to get the other top rail painted as it turned out to be quite a lovely day although it had forecast showers, a bit later on in the afternoon we walked back along the towpath to The Old Royal Oak pub and sat outside with Jaz and it was lovely sat in the sun but as we walked back to the boat it started looking a bit overcast and we were lucky to get aboard before it started to rain, although it didn't last that long before the sun came out again. 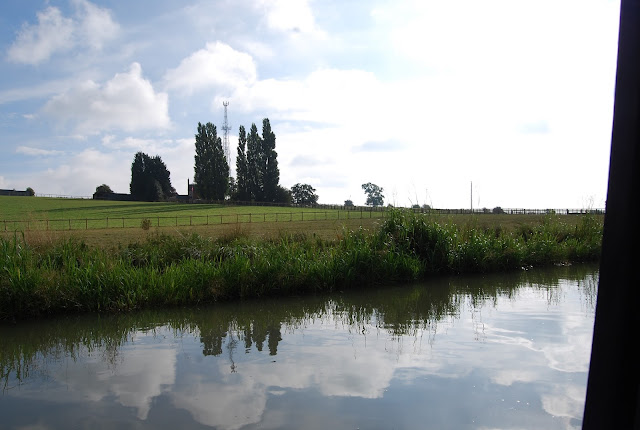 These 2 views were opposite our mooring 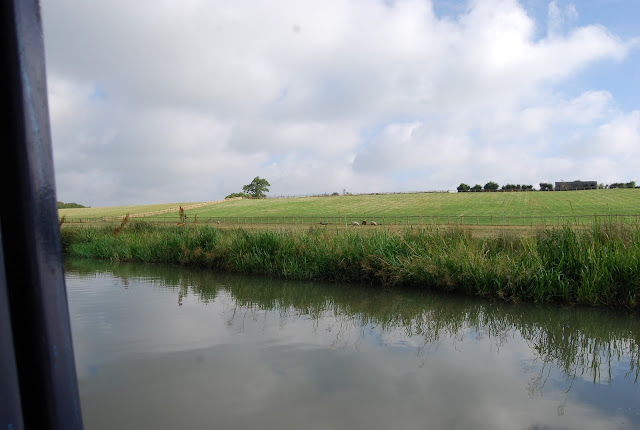 The fence  behind the sheep, which I hope you can see is new, a local man was telling Kev that there is going to be a road that will run as far as Clifton Hire boats & the fencing is the marker for it. Further back along the canal there used to be lots of masts that could be seen both from the canal and also by road which I am sure most people have seen several times. Well these masts are no longer there as BT who owned them have sold the land to developers for an extensive housing build! The man said he isn't sure which one it is but one of the farms is going to be sacrificed for this development! It is so sad to see more rural land being taken, I am sure there must be plenty of empty urban place to be had! It makes me wonder why we need all this new housing as I am sure it isn't for the British!
This morning before we left Hillmorton I put a wash on  and also cut Kev's hair and then he jumped in the shower! Once the washing was done and Kev had showered we headed to the first of the 3 locks, it was like the M25! Very busy with boats and we were in a queue but only had 2 boats ahead of us. When we were down through the 3 locks we pulled over to the water point to fill the tank, it took ages as it was very slow, but when we were finally full we made our way to The visitor moorings before bridge 58. We will get some shopping later from the Tesco store here.
Posted by Unknown at 06:07