Wednesday 10th July
On Friday morning we had a lovely cruise to Abingdon and managed to moor below the lock, we knew that George & Carol on Still Rockin were moored on the moorings at the weir side above the lock and wanted to see them both. We knew they were away but that they would be back on Saturday late afternoon, so we decided to stay at Abingdon for the weekend. 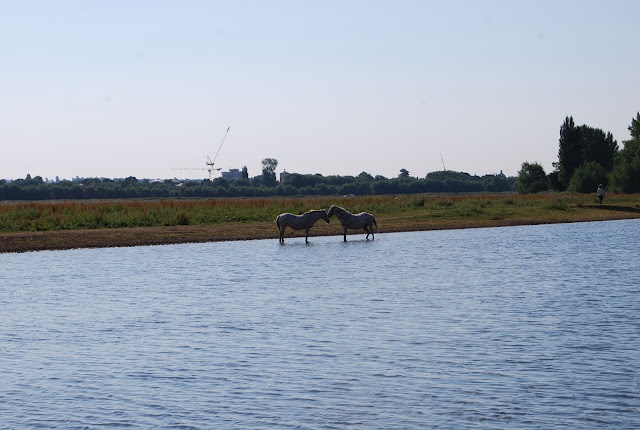 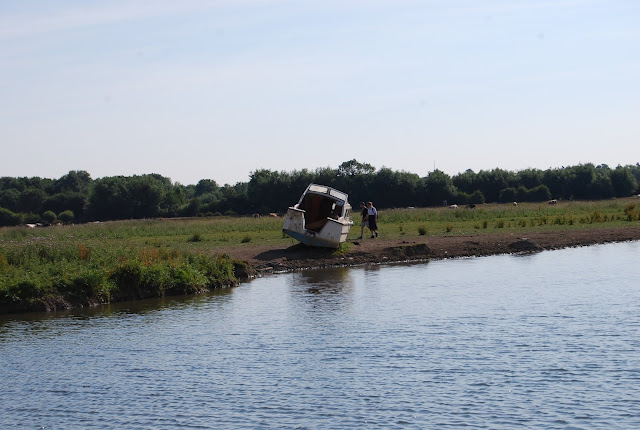 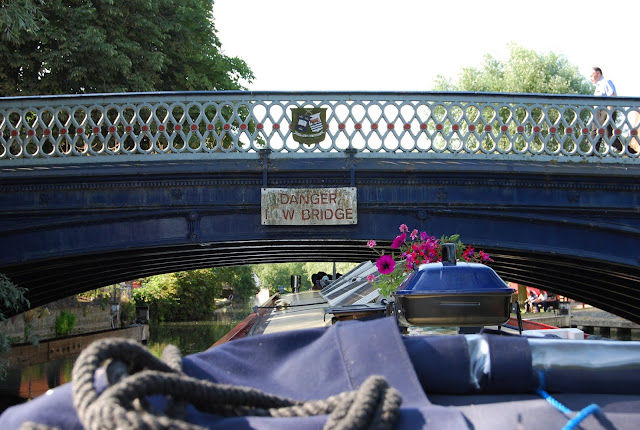 Going through the low bridge at Oxford.
We watched the England match on Saturday afternoon, we don't usually watch football but watched the previous game they played against Columbia and thought they played well in both. After the match on Saturday we sat at the stern with a beer and then George came over to us and asked if we fancied going to pub with him & Carol, so about 7pm all four of us walked to the bridge and went in the pub there , but can I remember the name of it!
On Sunday morning George & Carol managed to get moored down below the lock about two boat lengths behind us so that was good. As they still had their hire car they took me to Tesco, so I was able to replenish our beer, oh yes and I bought some food too! We had a BBQ with George & Carol  in the evening and very good it was too thank you both. 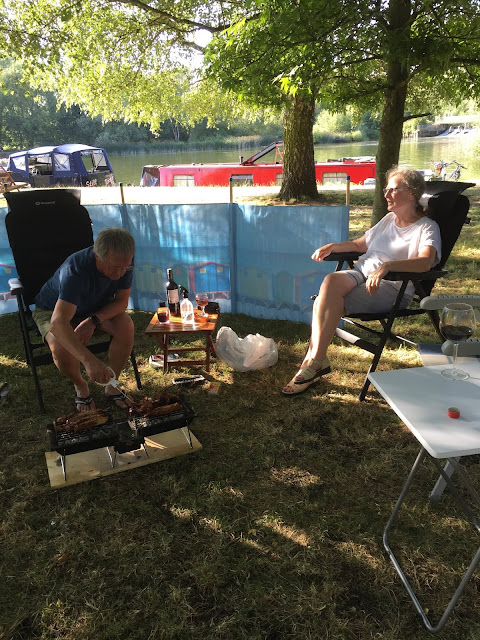 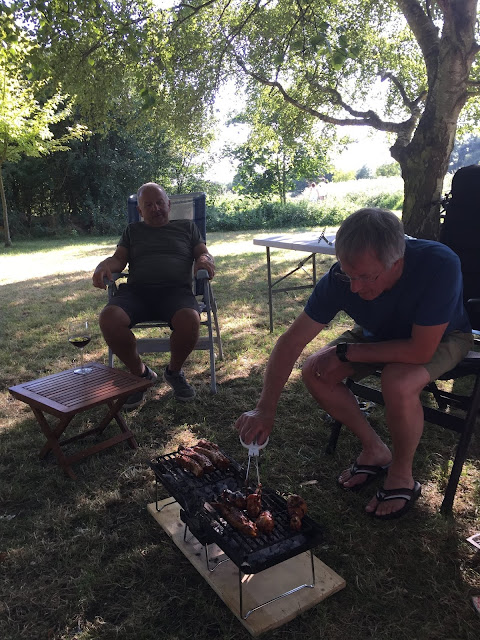 On Monday morning we went over to Still Rockin to see George & Carol  before we left Abingdon, they  then came on board Rock & Roll for a cuppa, after a natter  for a while we then said our farewells. 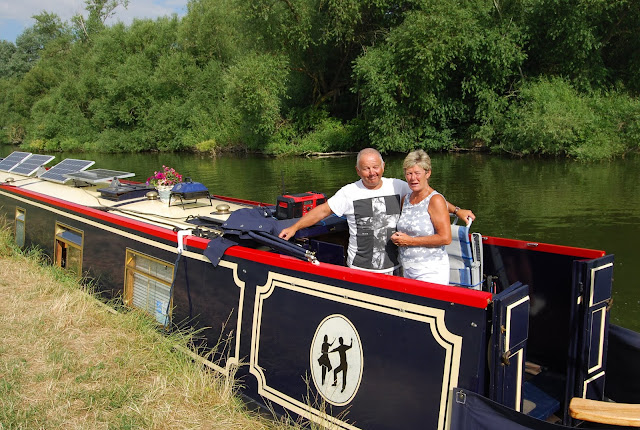 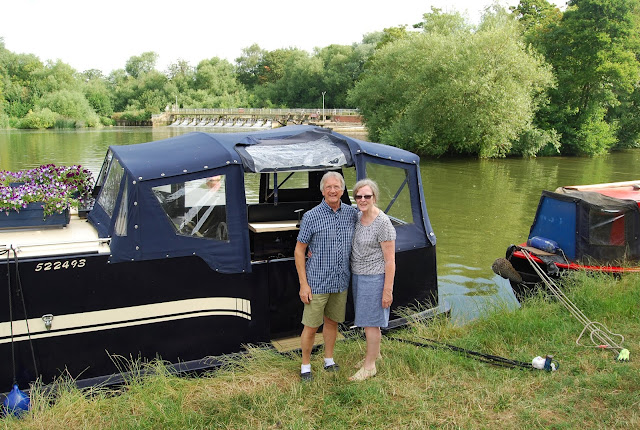 So Kev went over and took theirs.
Shortly after we had got through Goring  lock we managed to find a quiet mooring and stayed there for the night. 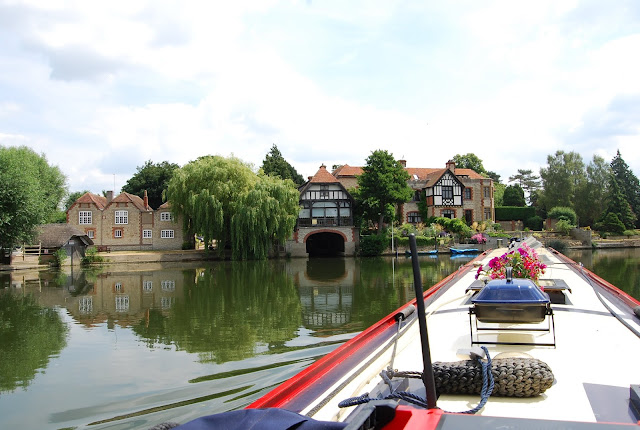 This boathouse ahead is for sale. 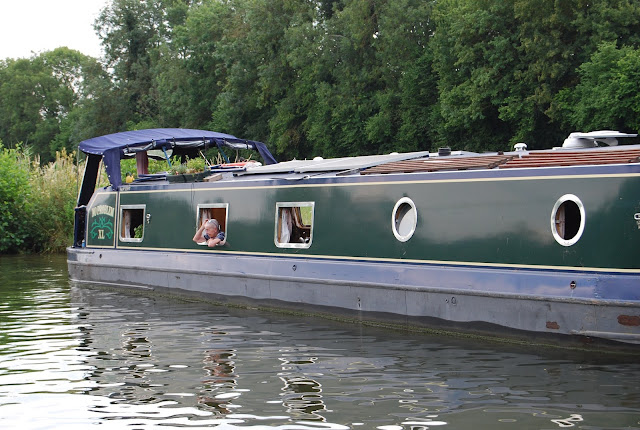 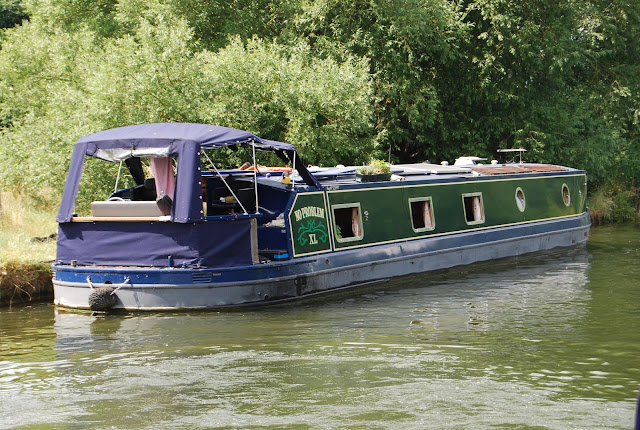 We had a brief chat with Sue and gave Vic a wave, we hope to see them again on our way back upstream. 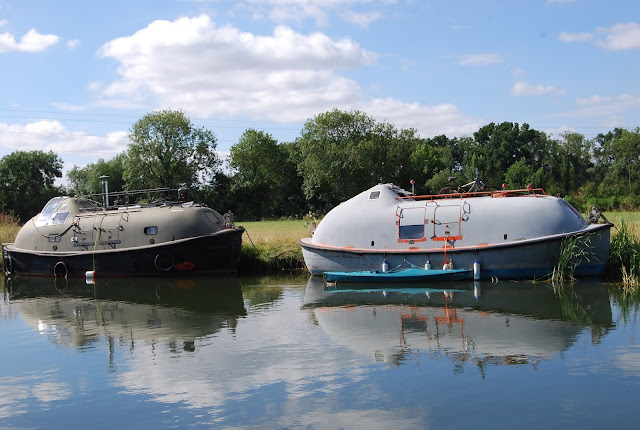 Bet these are bloody hot inside!
This morning we left our mooring about 8am our first lock today was Whitchurch and the Lockie told us that we may have a wait at our next lock Mapledurham as there were divers in the lock laying some electric cables, by the time we arrived at the lock and Kev had emptied the rubbish & cassette the divers had either finished or not started as the lockie opened the gates and we were able to go down. 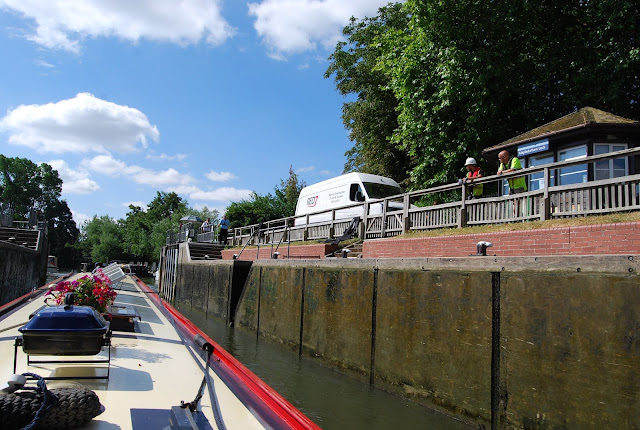 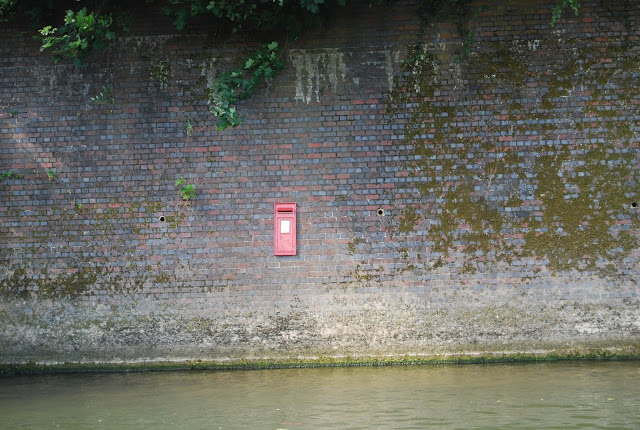 This postbox makes me chuckle. 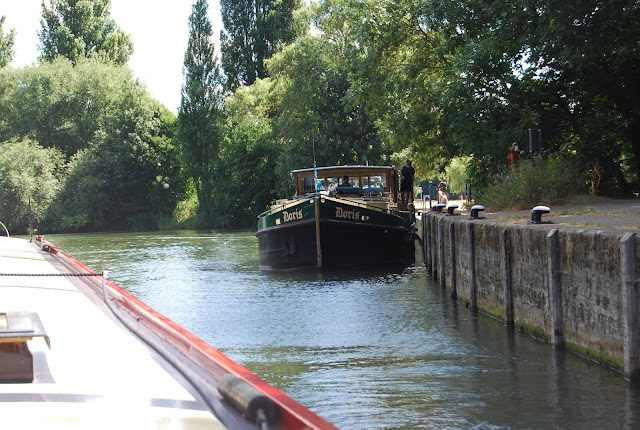 Love this boats name, my mums name!
When we got through Sonning Lock we saw a boat leaving a mooring so we pulled into his spot, we didn't want to stay there but wanted to let Jaz off the boat for a pee, it was crammed with cruisers all meeting there apparently one group were the Windsor boating club and another few cruisers from another club. So once Jaz had stretched her legs briefly and had a pee we got her back on board and set off once again.
When we got down Marsh lock at Henley we found a mooring and went to pay, apparently it is free mooring 10am to 3pm and overnight is £10. As we haven't been here before we decided to pay and stay, we went to the payment machine at the nearby carpark where you type in your boat name and pay with either coins or card. Kev paid with card but for some reason it only charged him £8 but it said the time of leaving was today at 7pm! Not good, so he rang the phone number on the machine and spoke to someone who said he could pay the £10 over the phone so that meant it would have cost £18 for the overnight stay!! I don't bloody think so, anyway we found the council office in the town and Kev went in there to sort it. The woman told Kev that they have had nothing but problems with these machines and so she took £2 off him to make it the total £10 and gave him a receipt to display in our window. There is a festival here tomorrow but we won't be staying for it.
Posted by Unknown at 10:28