Whats that on the towpath, at Windsor!

Friday 13th July😈
We had a good mooring at Henley and Kev wishes now we had stayed for the festival as a fellow boater who was moored behind us told him there would be a good atmosphere.
We left at 9am on Wednesday morning and I put a wash on but paused it when we arrived at our first lock which was Hambledon. 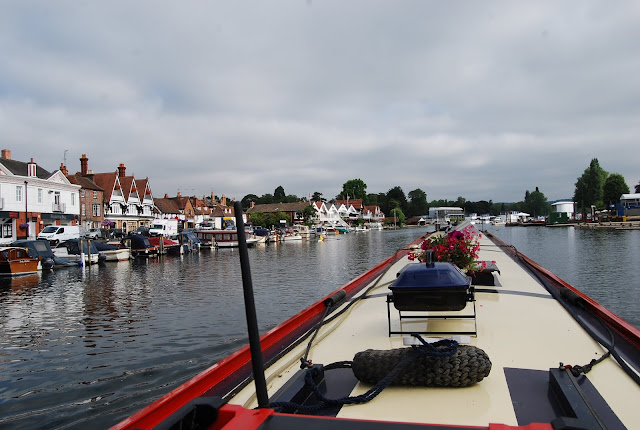 On our way through Henley. 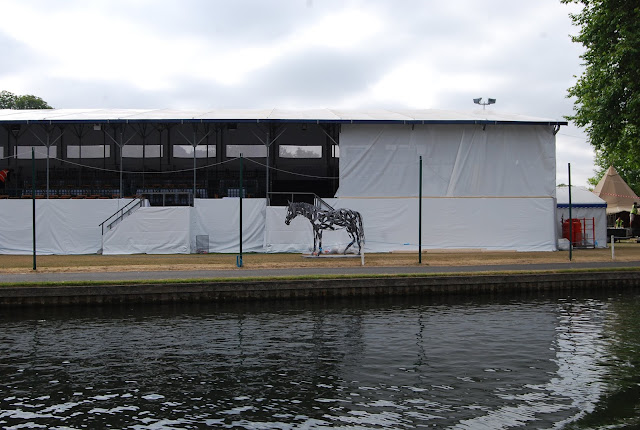 Preparations for the festival. 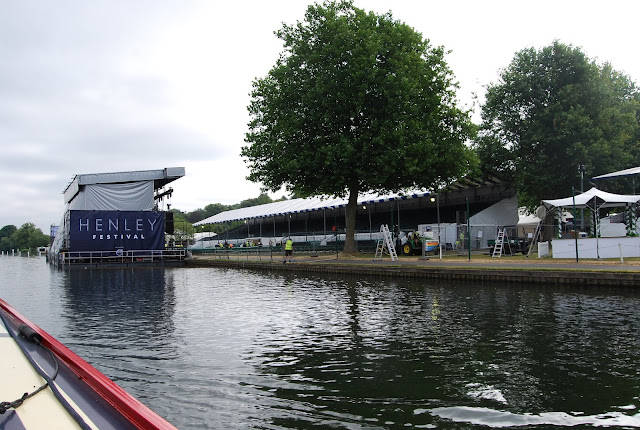 The stage is set for Rita Ora. 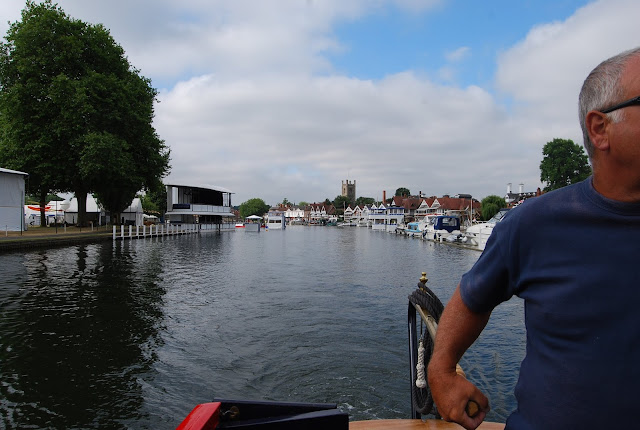 Looking back to Henley.
After we were through Temple lock we were hoping to get moored at Marlow and managed to get moored on the 24 hour moorings before Marlow bridge. 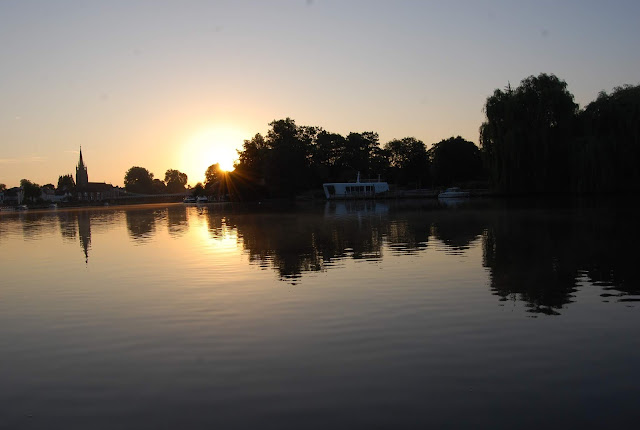 Looking across from our mooring Wednesday evening. 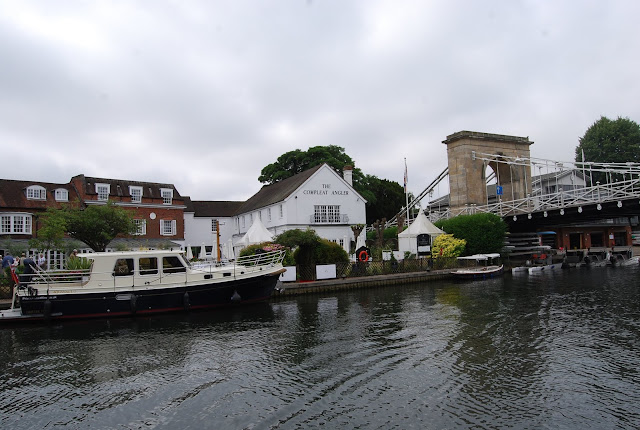 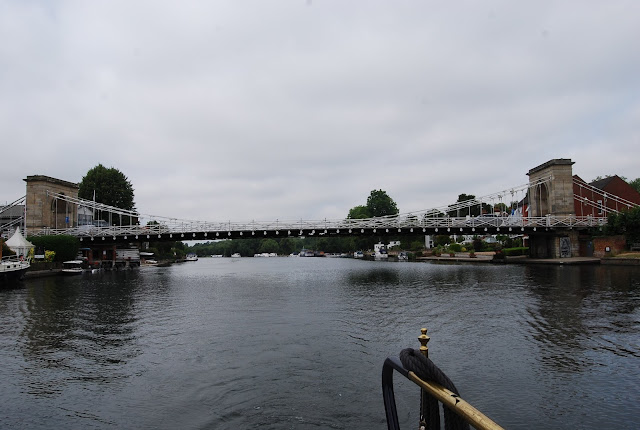 Marlow Bridge
I hung all my washing out and then we just relaxed in the sunshine for the rest of the day. In the
evening we watched the England semi final and had a few beers, disappointed they lost as we thought they played fab but  they did well to get that far.
Thursday morning was overcast to start with and we left our mooring and headed for Marlow lock and as we approached the lock, the lockie started to open the gates and we went straight in. We wanted to top our water up, empty cassette & get rid of rubbish and so when we got to Cookham lock we stopped at the water point just before the lock. All done we were on our way. 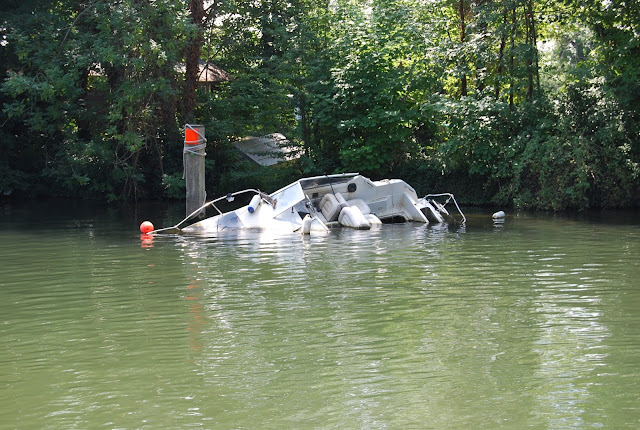 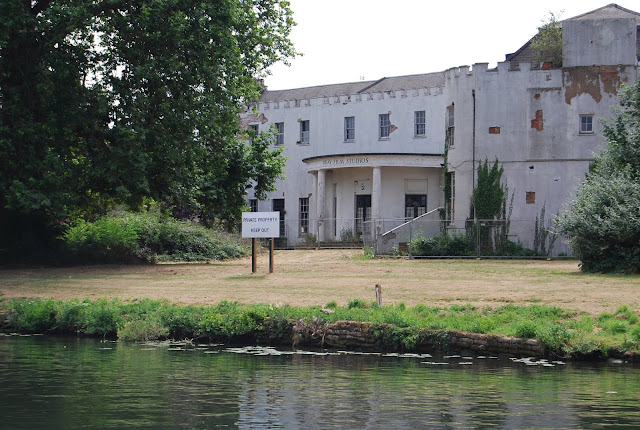 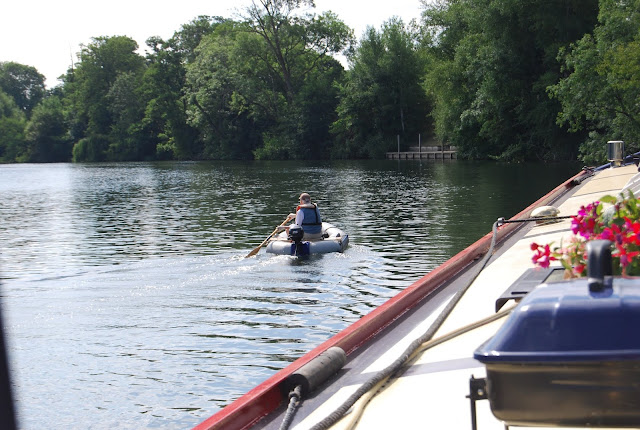 We had to use our horn as he was oblivious to us.
After we left Bray Lock we wanted to moor on a mooring that we had moored on when we were with George & Carol on Still Rockin and Sue & Vic on No Problem XL, we managed to find the mooring again and moored there.
We were on our way this morning shortly before 9am as we wanted to get through Boveney Lock and get to Windsor to moor before it got busy. As we approached Boveney lock there was a trip boat about to leave and we were able to get straight in and down the lock. We have got moored inside bath Island.
We reversed in and as we were reversing we saw a young mink running along the towpath, it was looking for somewhere to get into the water to swim across to the island and managed to do so as we were nearing our mooring. 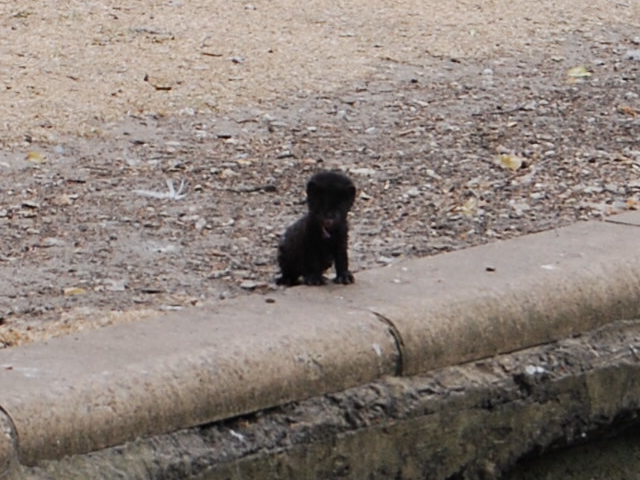 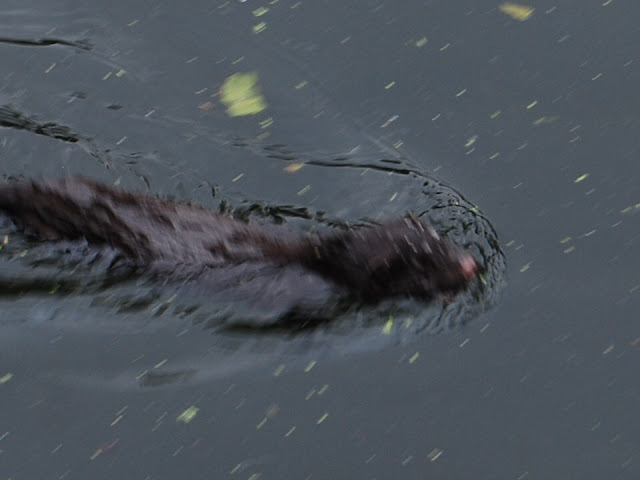 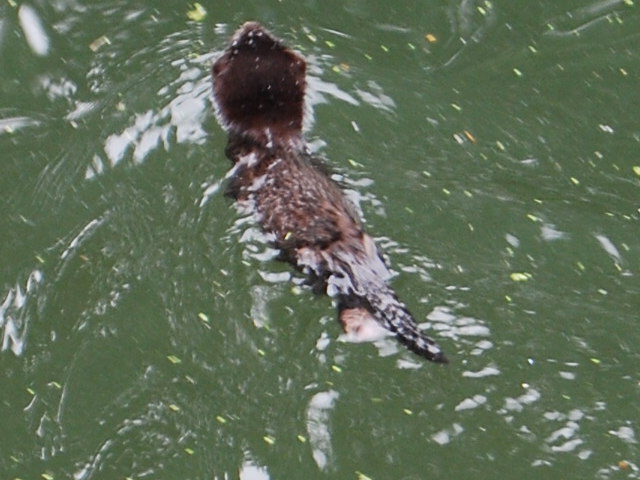 Jaz has had a bad back leg which we think was caused in Marlow when she was chasing around with a French Bulldog, I think she has pulled a muscle as she couldn't put the leg down properly and Kev has had to lift her off the boat. I have given her some Metacam and it seems to have helped her as today she has managed to walk on it much better.