Friday 27th July
Had a busy couple of weeks, after mooring at Windsor on Friday 13th July we spent the weekend there and on Monday 16th July Kev & Jaz walked with me to Windsor train station as I was going home for a few days, I was a bit nervous about the journey(silly I know) but I haven't been on a train for a while let alone the London underground! I must say I managed ok with my first change at Slough, then onto Paddington then Kings Cross.  On Friday 20th July I returned back to Windsor with my sister  who was staying for the weekend. Kev & Jaz met us at the station once again, after we had got back on R&R and had a drink, freshened up we went to the Weatherspoons pub King & Castle for a bite to eat. 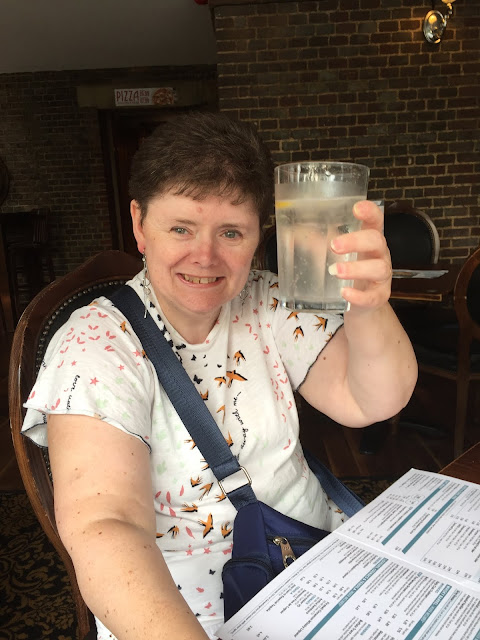 Unlike me my sister doesn't drink alcohol!
On Saturday morning I took my sister Sam to Windsor Castle, we went about 9 am to queue before it got busy as the queues can get very very long! It opened at 9.30 am and we were close to the front of the queue so it wasn't long before we were inside the castle, the weather was glorious as it has been for weeks. 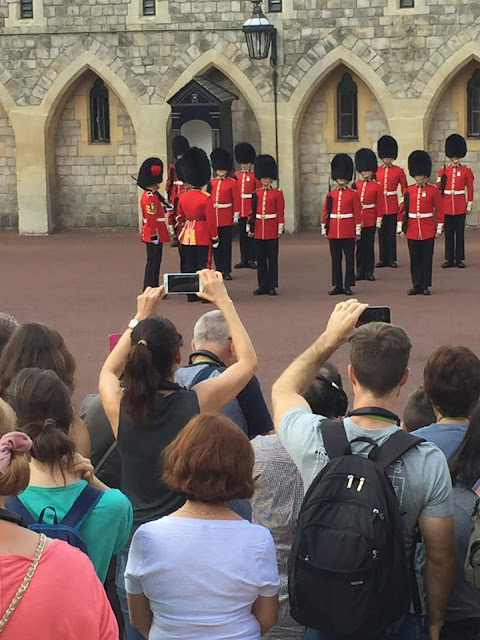 Changing of the guard, was excellent. 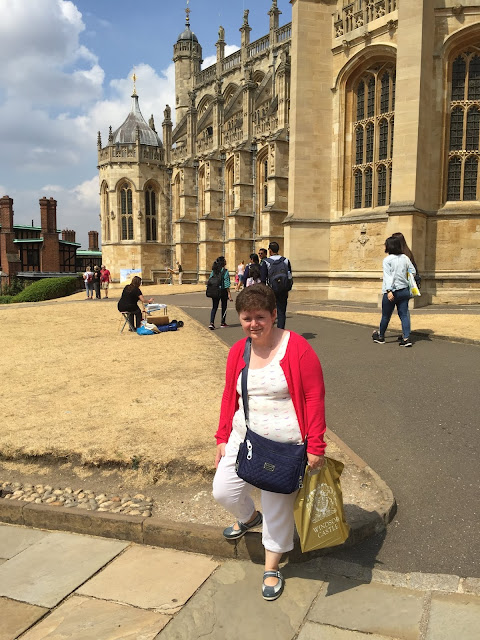 Sam outside St Georges Chapel.
We spent a few hours at Windsor and then went back to the boat for a bite to eat, our Sam then went for a walk to look around the shops while we chilled on the boat.
On Monday morning we walked to Windsor station to see Sam off on the train, she was doing the same journey I had done to Kings Cross.
After seeing Sam off we popped to Waitrose for some groceries and then got back on board the boat and got ready to leave Windsor. Our first lock was Boveney Lock but before we went into the lock we filled with water and emptied the cassette and also got rid of the rubbish.  After Boveney lock we were travelling along towards Bray lock when we spotted the fuel boat Merchant, who was tied alongside another boat and we called to him to ask if he had diesel and he said yes so we turned and pulled alongside him. 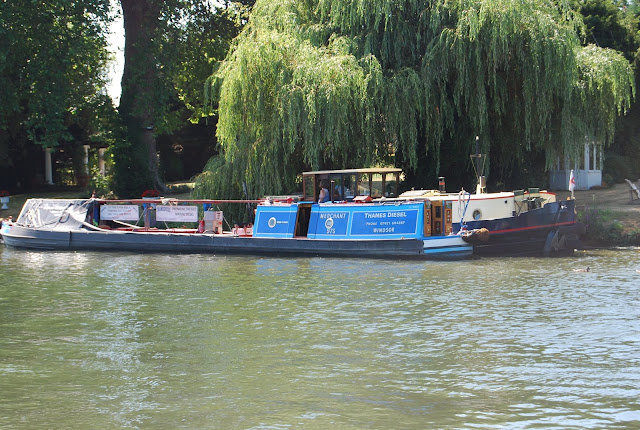 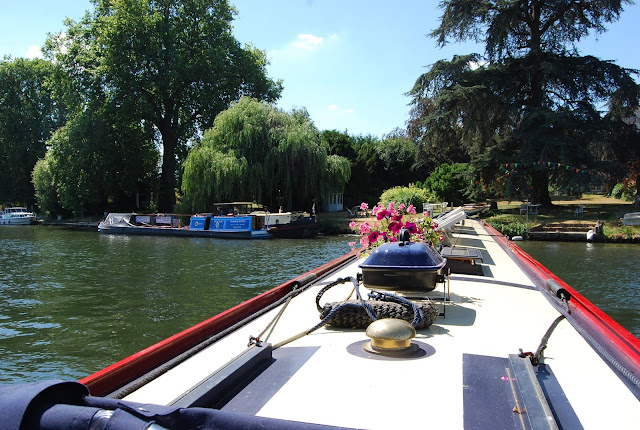 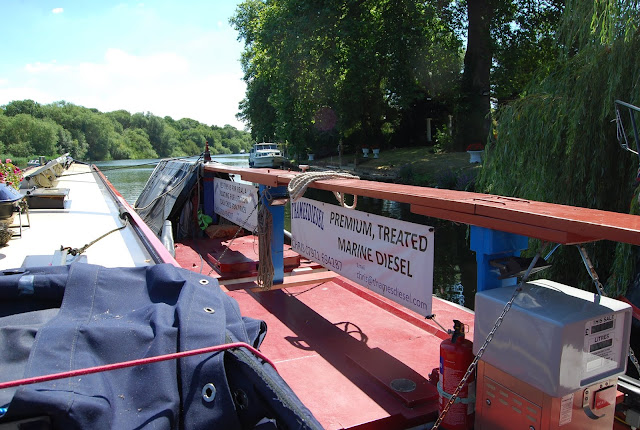 Tied alongside, filling with diesel.
I never got a photo of Stan the border terrier or Chris from Nb Merchant but I had to give Stan a treat as he was looking through our galley window for one. Kev asked Chris if he had any gas but unfortunately he didn't have any, we weren't in great need of gas but one of our gas bottles was empty and wasn't sure how much was in the one we were on but Kev thought there was plenty until we got to Better Boating at Reading.
When we arrived at Cookham Lock it was our last lock for the day as we wanted to moor at Cookham. We had family coming to see us on Tuesday, and we had given them the post code for The Kings Arms in Cookham village, we had an idea what time they were arriving so we took Jaz for a walk across the field to a car park where we were going to tell them they could leave their car. There was an ice cream van in the car park so we had one and very nice it was too! We walked down to the Kings Arms to wait for our guests to arrive, they text to say they had took a wrong exit so were running 15 minutes late, I told Kev to walk back to the car park and I waited for them at the pub. They arrived just after 11.am and by 11.15am we were all walking across the field to the boat. Yet another glorious day with the sun shining it was a lovely day to take them for a cruise to Marlow and we managed to get moored on the visitor moorings next to the trip boats. 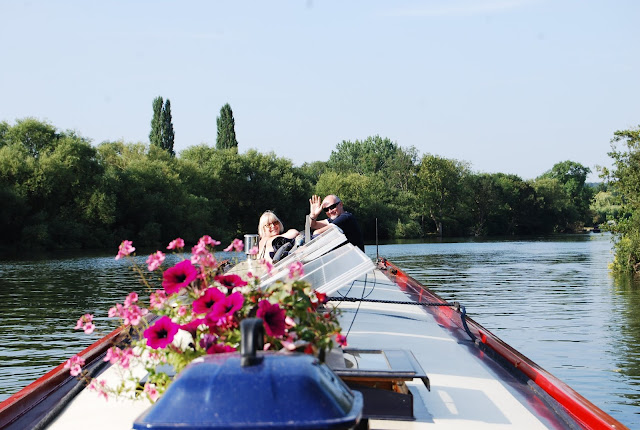 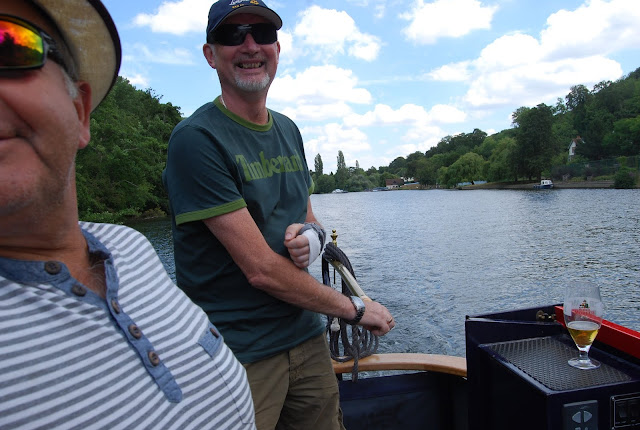 Anthony having a steer. 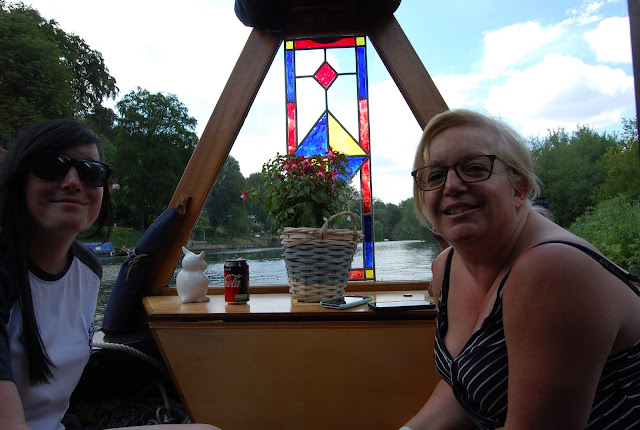 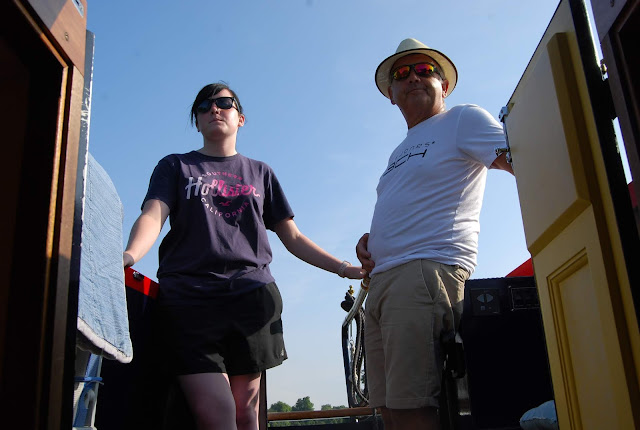 Emma had a go steering too. 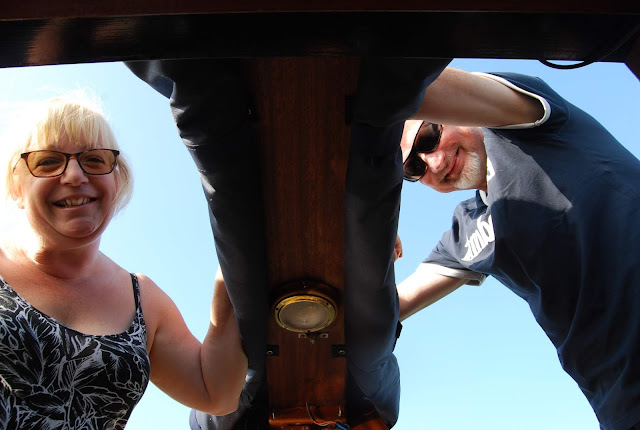 They were enjoying the cruise.
After we had got tied up at Marlow our guests went for a walk into Marlow as Emma wanted to find Shelley's house. Emma was surprised that when she asked a few people where the house that Shelley lived in, they didn't know.  Shelley wrote Frankenstein. 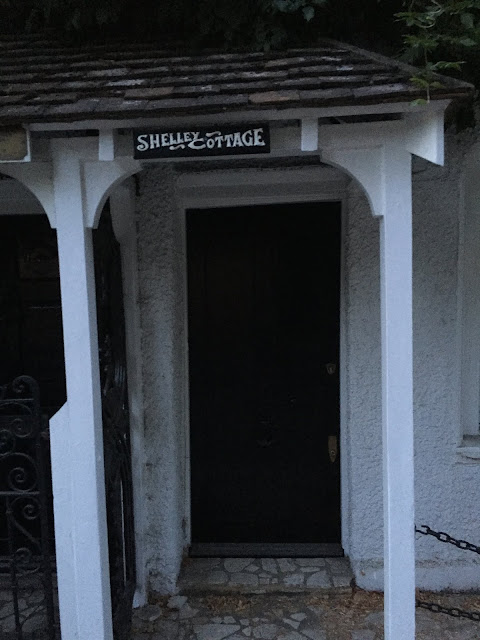 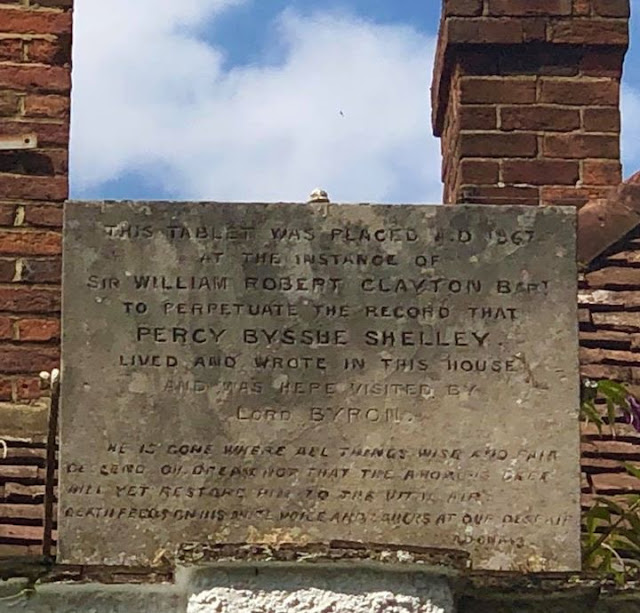 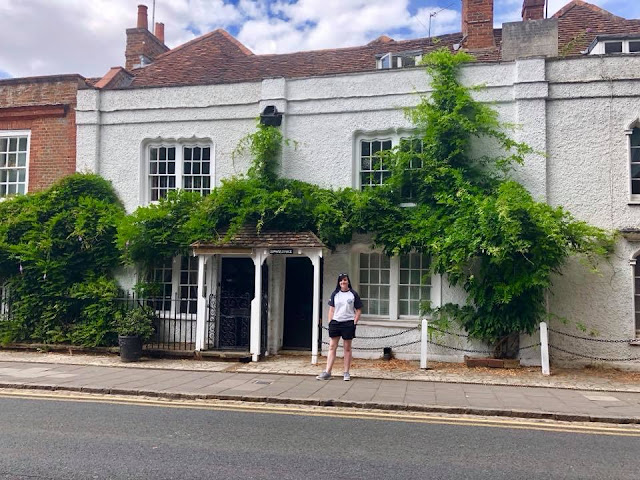 Emma outside Shelley's cottage.
We all went for an Indian in the evening and it was very good, but I can't remember which one it was although it was on the same street Shelley's cottage was on. 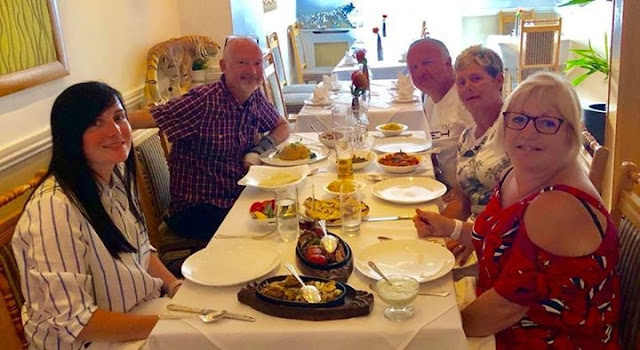 On Wednesday morning we left Marlow fairly early as we wanted to take Bridget, Anthony & Emma to Henley, we had a lovely cruise and moored briefly at Henley for Jaz to have a walk. We couldn't stay long as we needed to get them all back to Cookham so they could get home in the evening. It was lovely to see them and very good of them to travel all the way from Hull to see us. We managed to get moored again at Cookham about 4pm and walked them all to their car and said our goodbyes. We stayed overnight at Cookham and left yesterday morning at around 6am, early I know but we needed to get to Pangbourne as Kev's daughter Colette is coming to see us with her son Joe. Luckily we have got moored fine and are waiting for them to arrive later today. I have plenty to do while waiting for themas I did 2 loads of washing on the way here yesterday so have it all to iron!