Monday 1st May
Well we are a bit late starting cruising, as we had a wedding to go to. Kev's daughter Colette was getting married to Ryan aboard Royal Caribbean cruise liner "Allure of the Seas" which would sail from Fort Lauderdale. We decided to fly a week early along with Kev's son Lee & his girlfriend Vicky to San Francisco for a couple of days, then onto Las vegas for a couple of days and finally we flew to Miami, where we had a couple of days there too. We then had a car to take us to join the liner at Fort Lauderdale on Sunday 9th April. The wedding was on Tuesday 11th April and the ceremony was performed by the ships captain. Unfortunately Ryan's father suffered a stroke on the Monday morning and had to stay in the ships hospital so missed the wedding. He was taken off the ship when we docked at St Martin and fortunately he was fine and returned to the vessel later that day. 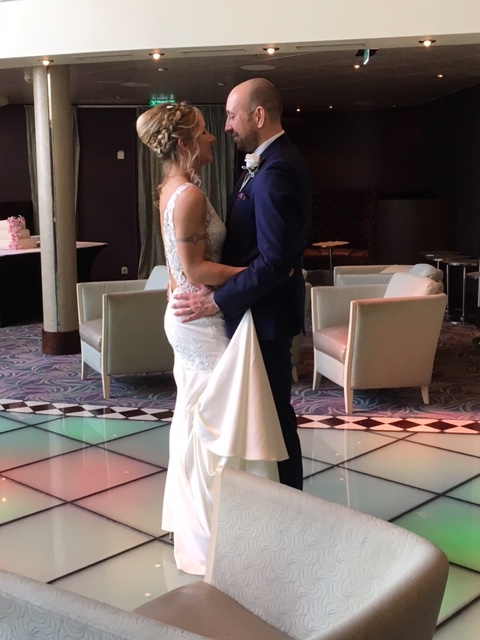 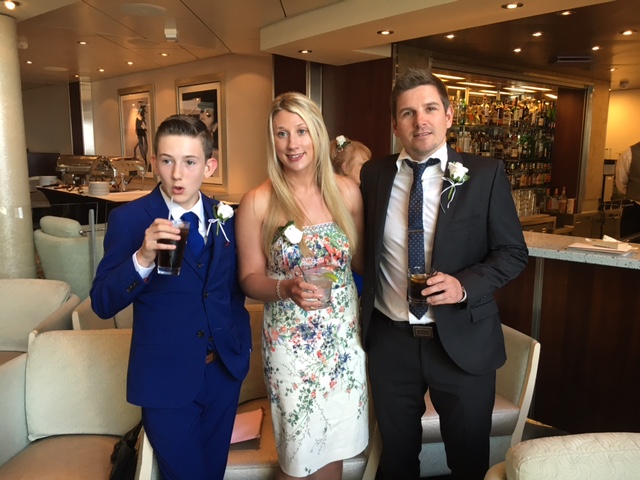 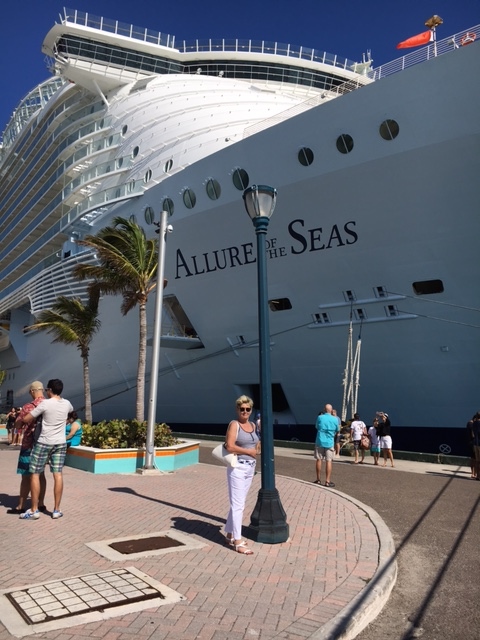 Docked in Nassau for a few hours.
The ship was amazing, our cabin was on the 14th floor and there was a total of 17 floors! All the crew were all very good and friendly. It was the first cruise Kev & I had been on and we are not sure if we would do another but if so we would probably go on a smaller one, OOPS, we are on a smaller one now 😊
Anyway when we got back home on the 17th April we couldn't start our cruise on R&R for another couple of weeks as my mam & sister were going to Majorca for a week on 22nd April and we were looking after her dog. Kev went to Shardlow to the boat a few days to take some things  & put fridge & freezer on, he washed the boat both sides and got the water topped up,and so he then had to pick my mam & my sister up from Leeds airport on Saturday.
We were up early yesterday morning and once we had breakfast & had walked Jaz we headed for Shardlow and were on board R&R about 9am! I went to get some shopping from Asda in Long Eaton and when I returned to the boat we had a sandwich & a cuppa and finally left the marina about 12.20pm.
It was a fine day although breezy at times and we called it a day once we were up through Swarkestone lock we moored past the water point, a few minutes later we had a good signal on the TV and watched the snooker & later watched the final episode of  In the line of duty! Think there could be another series as we think there was a bit more to it. If you watched it "H"