Waiting for a lift at Wrenbury!

Wednesday 17th May
On Monday morning it was quite a miserable start to the day, we left our mooring at Nantwich just after 7am and pulled over to the services to fill the water tank which took nearly an hour! It was our 28th wedding anniversary, we wanted to get onto the Llangollen Canal and to Wrenbury so we could go to the Cotton Arms pub for a meal, Yesterday was my Birthday (45 again) and last night myself and Kev had gone to a Thai Restaurant in Nantwich, excellent it was too. It was raining as we left the services but was only light rain but made it seem cool. 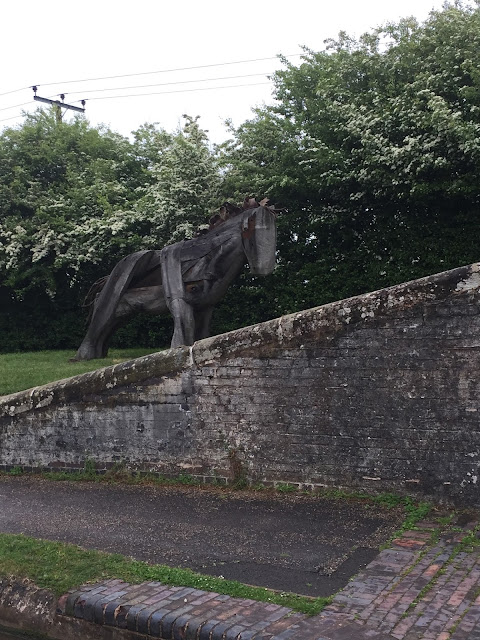 The well photographed Horse at bridge 92. 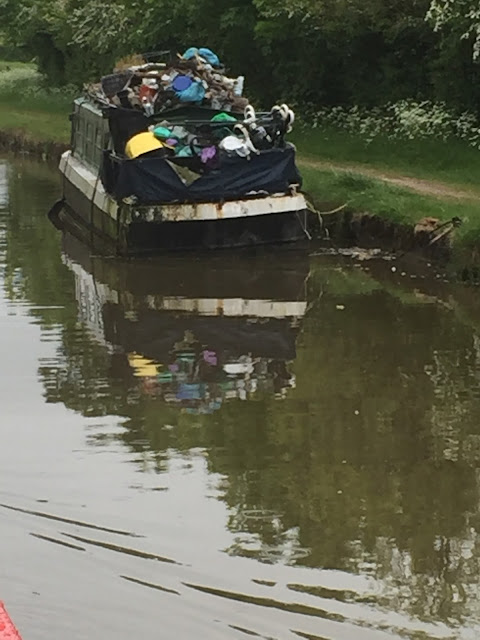 Oh dear, how much stuff can you get on your boat! 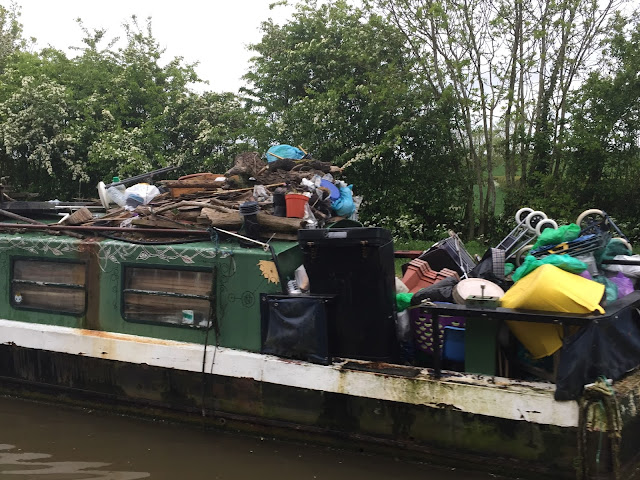 I don't know how you get to the tiller! Lol!
We arrived at the visitor moorings at Wrenbury at 10 am and Kev took Jaz for a walk to make sure the pub would be open for a meal, when he got to the Cotton Arms it was open so he went in and booked a table for 7pm. By the time we went for our meal the moorings were full both sides of Wrenbury lift bridge. We got to the pub earlier than our meal had been booked for so we ate a bit earlier and had a good meal, we left the pub shortly after 8pm and as we were at the towpath we noticed that there was a key in the operating column for the lift bridge & the red lights for the traffic was on, so we walked across to have a look and found that someone had put what looked like a house key in the keyhole. We tried to get it out but it was stuck! Someone had reported it to CRT who came out later in the evening but were unable to sort it. Yesterday morning a girl from CRT said that there was someone coming to repair it as they thought there was a problem with the hydraulics and hopefully it would be sorted by lunchtime. She walked along the canal in both directions letting other boaters know and try to stop people coming up to the bridge.
I had a walk to the bridge about 11.30am to see if anything was happening and a man pulled up in a Discovery and parked up then came over to the lift bridge. I asked if he had been told of what the problem could be and he said another man was coming and that usually it can be sorted quickly. The second man arrived a few minutes later and within about 20 minutes low and behold the lift bridge was working.
Well there was a mass of boats all getting ready to leave! There was some people on a hire boat at Alvechurch Boat  company waiting to leave and they had been on board since the day before (Tuesday) but hadn't left as it was late afternoon. There was a private hire boat moored at the lift bridge moorings and all the rest of boaters behind including us! The men who fixed the bridge told us to go through the bridge first and then they would let the boats waiting to come in the opposite direction afterwoods! 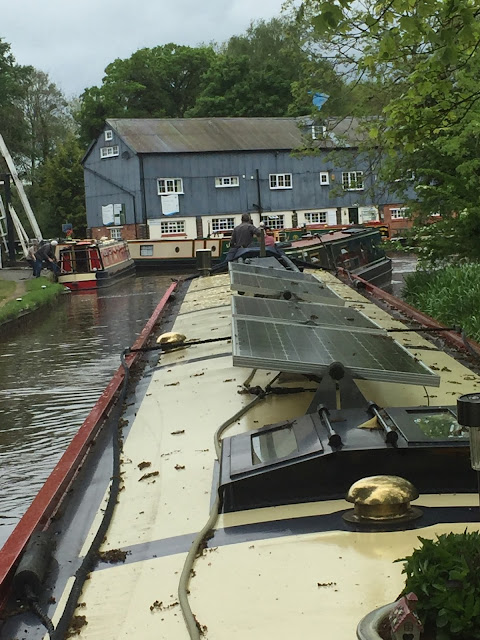 Were off! Look at all those bloody leaves on our roof! 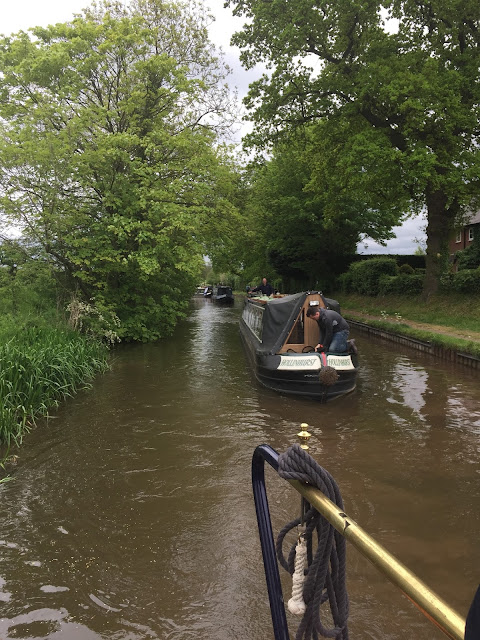 Boats following us to the lift bridge!
Everybody was in good spirits and having a laugh about it all, no use getting upset these things happen. We were soon at the first lock of the day, Marbury lock and as you can imagine there was quite a queue waiting to go up but it wasn't too long before we were through and by the time we had got up Poveys lock we decided to moor further along the towpath.