We had a nice cruise from our mooring at Milton yesterday and once again the weather was lovely,  I must say we enjoyed being back on the Caldon but it definitely needs a lot of cutting back of the trees and vegetation. 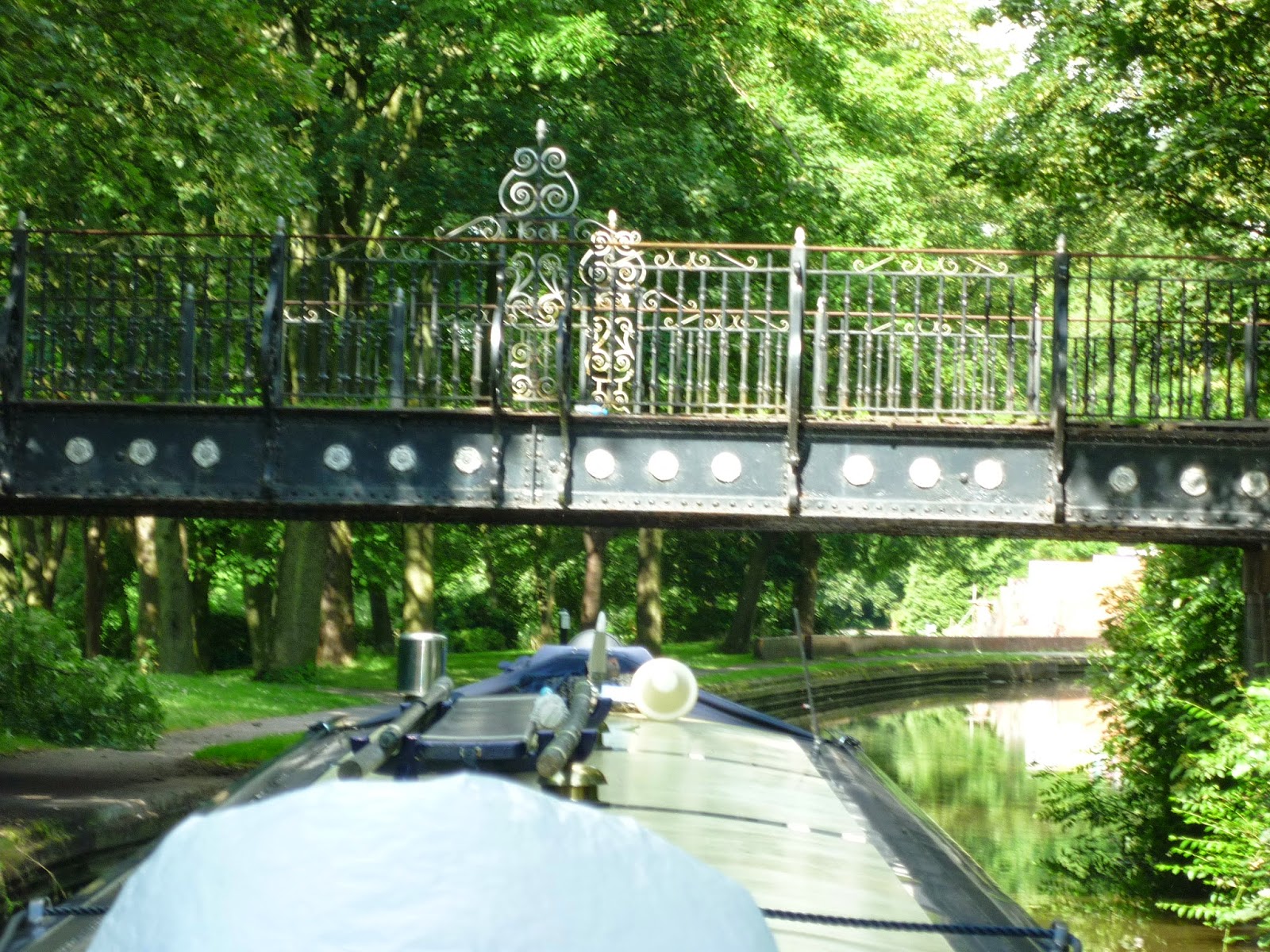 Passing through bridge 6 which is quite ornamental 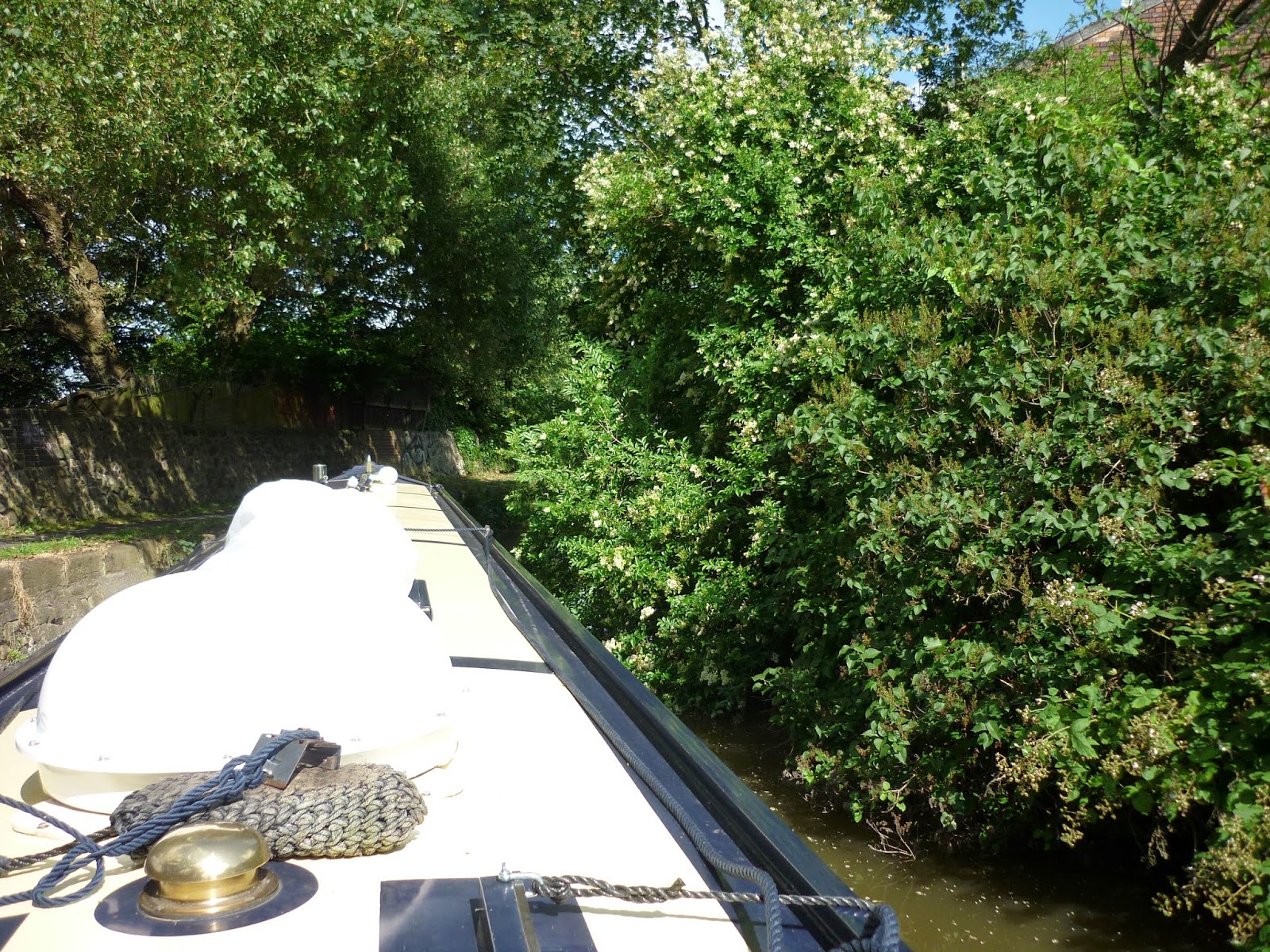 It was very narrow after Planet Lock 3 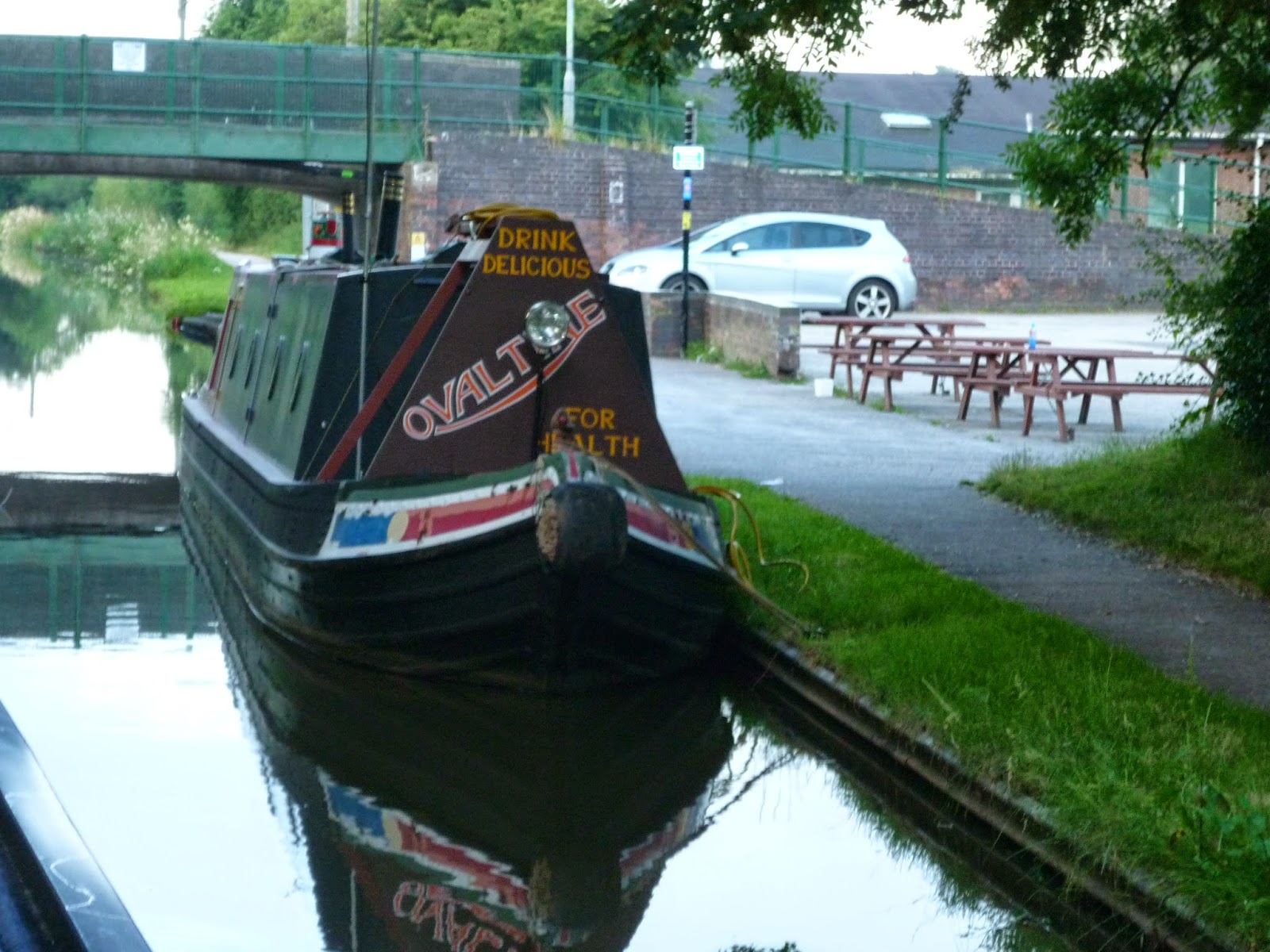 Our mooring last night was close to The Plume of Feathers and this boat moored just ahead of us, we should have asked for a cup of Ovaltine before bed! But we had an alcoholic drink instead! There were plenty of boats moored around Barlaston and we were going to moor on the straight near to the Wedgewood potteries but the only mooring was on a bit of a bend near to the winding hole and we couldn't get the bow in close enough for Buster to get on and off.
This morning we left early and got to Stone where it was full and when we came down through Yard Lock and into the pound before The Star Lock and there were no moorings here either, but a boat that was moored on the 24 hour moorings said we could breast up to them as they would be leaving soon. We were only tied up to them for about half an hour when Kev noticed a boat just across from us on the towpath side was getting ready to leave so we started the engine and once the boat had moved we moved across onto their mooring. 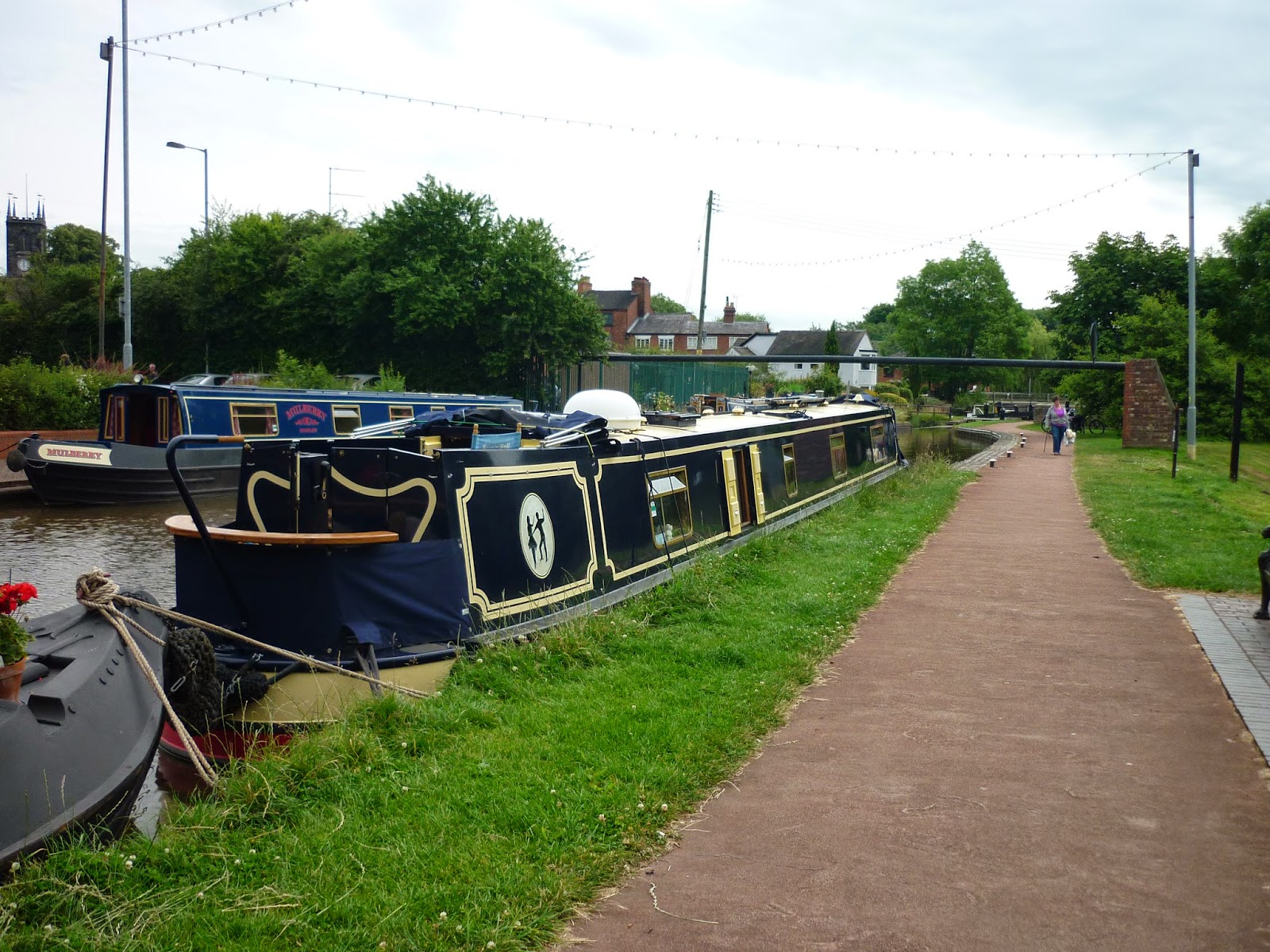 Our mooring in Stone
Posted by Unknown at 03:55