This morning we woke up to a lovely morning although the weather forecast said there would be heavy rain later today. Anyway we had our brekkie and Buster had a wander on the towpath, he doesn't want to really go far these days and now he is totally deaf we usually have him on a long lead as he can't respond to us calling him back, he is a bit hit and miss when we are at home sometimes he goes for his usual walk up the fields and another time it takes longer for me to get my wellies etc on than it does for him to go for his walk! It is like has a dog form of dementia but he is fine most of the time. Anyway Nigel set off before us as we wanted to pull across to the diesel boat close to Taft Bridge 69. 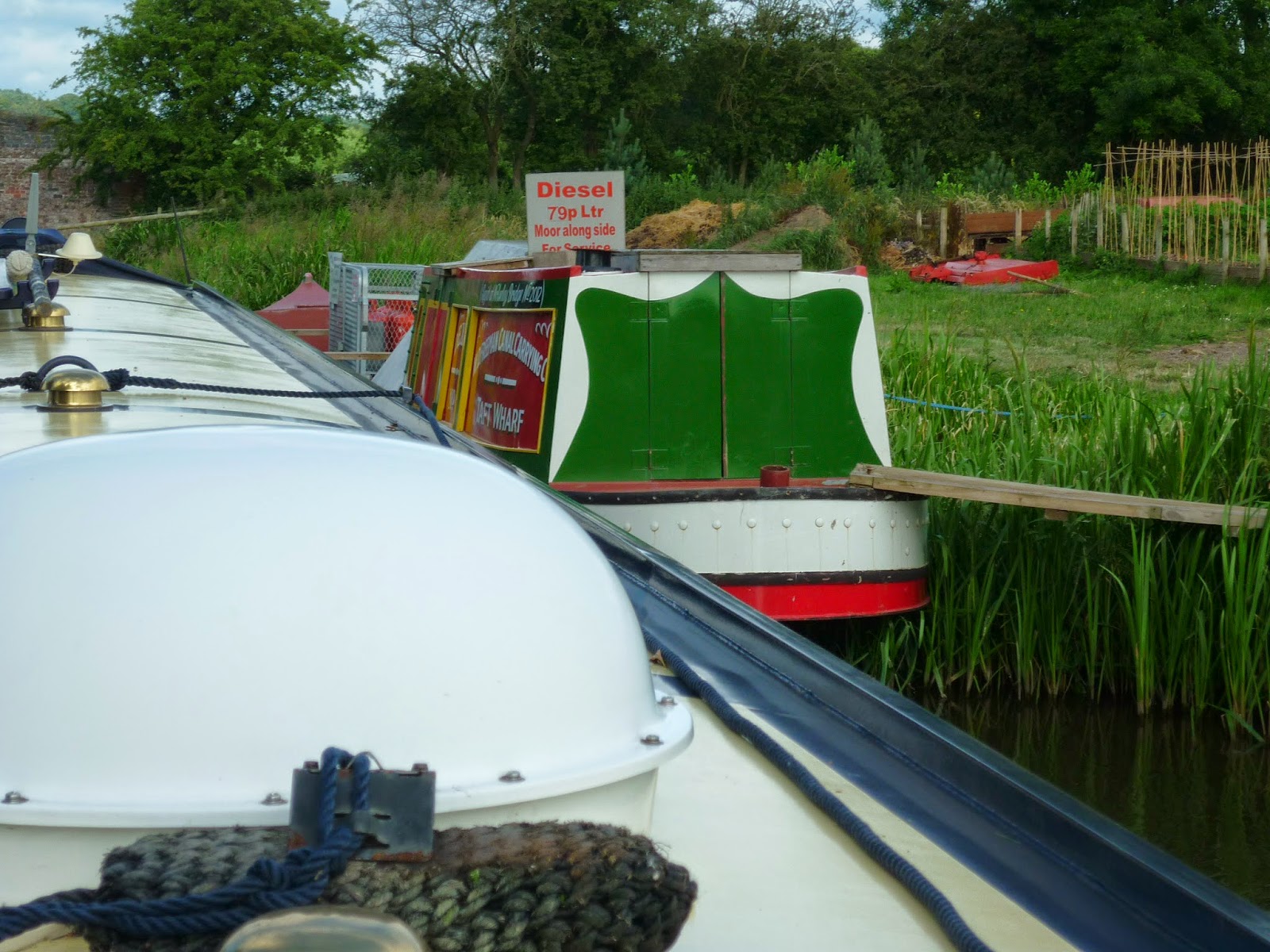 We got alongside and didn't have to wait long to be served as their collie dog came running along barking so they certainly know you are there! 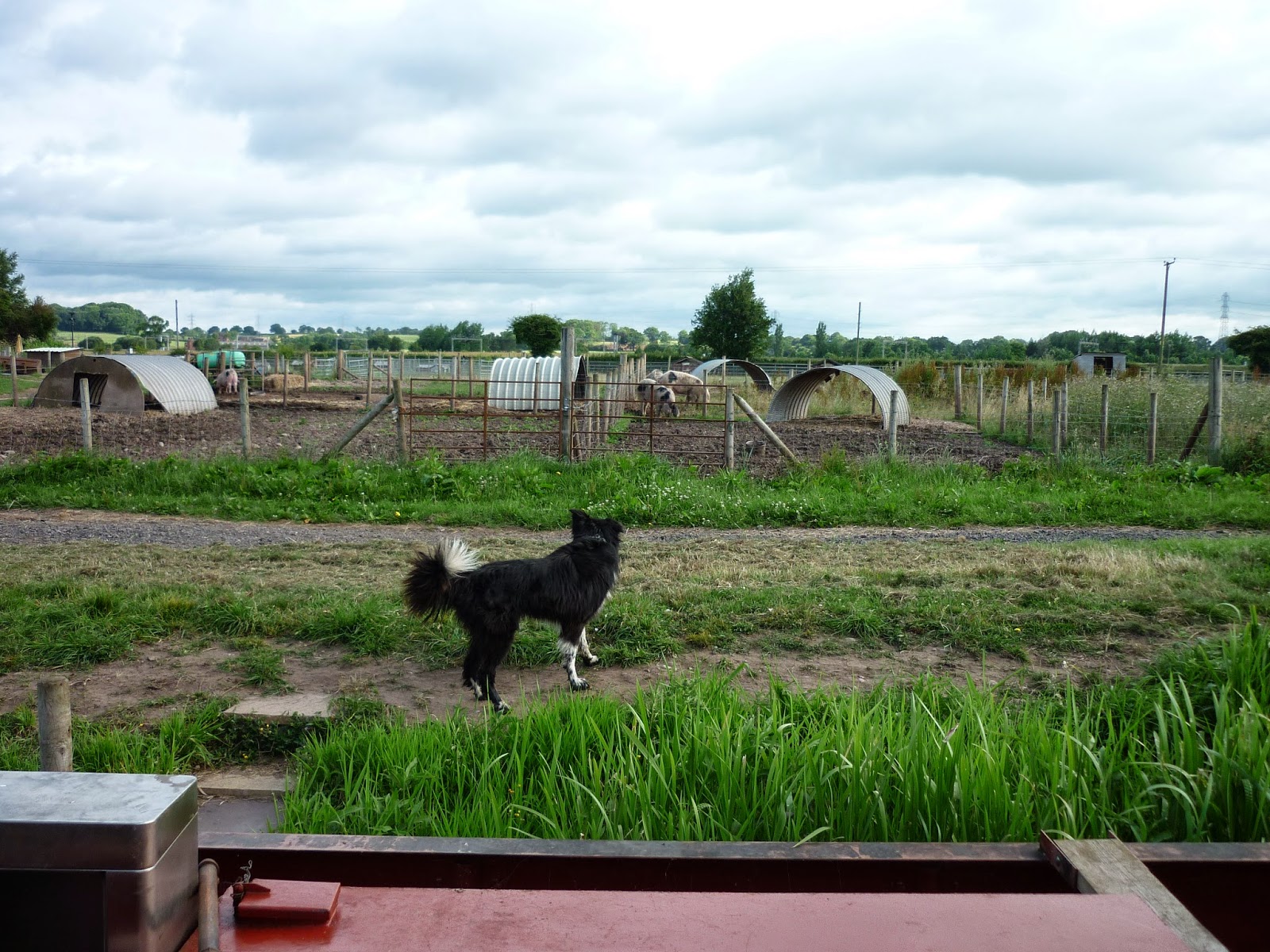 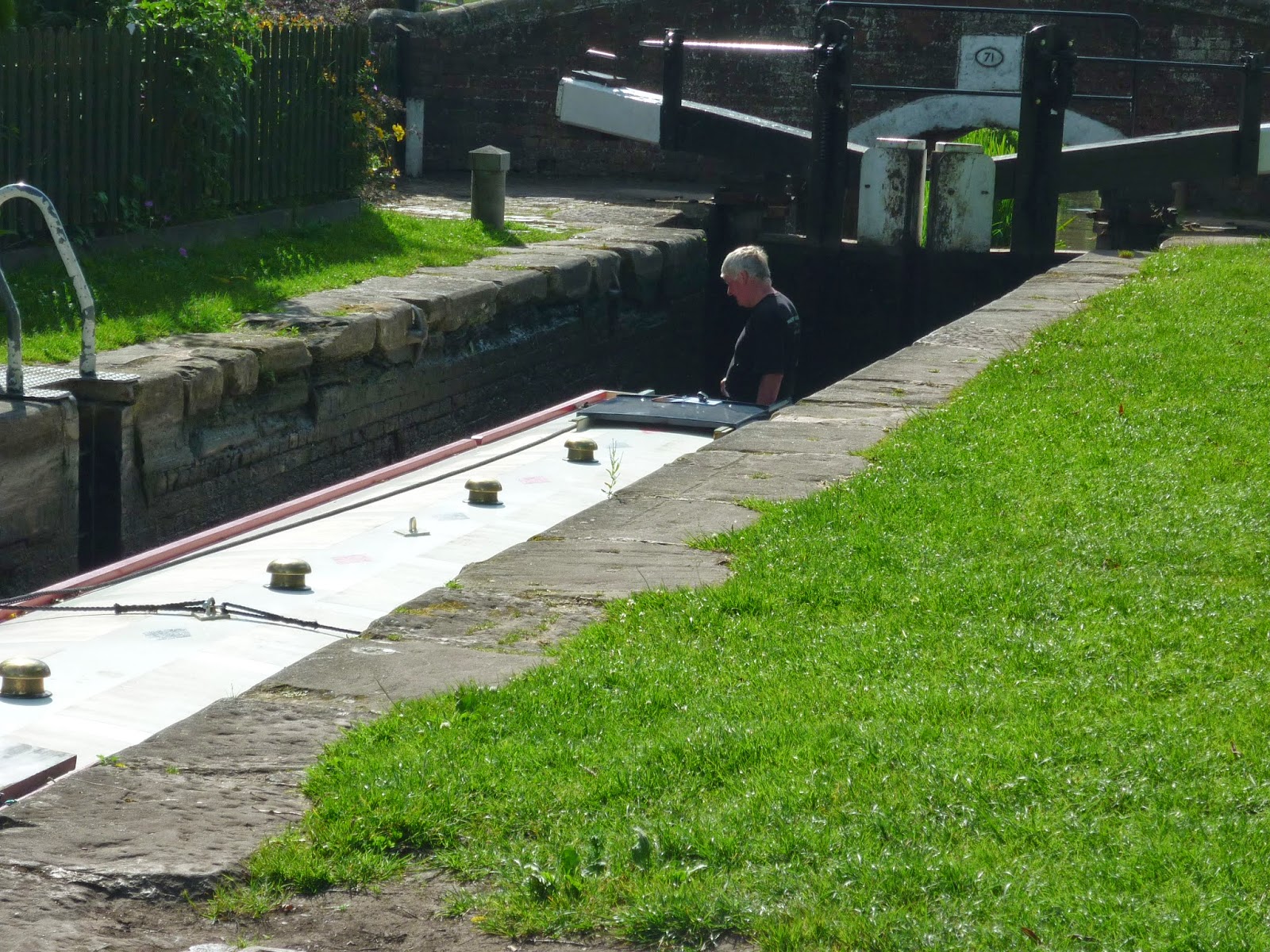 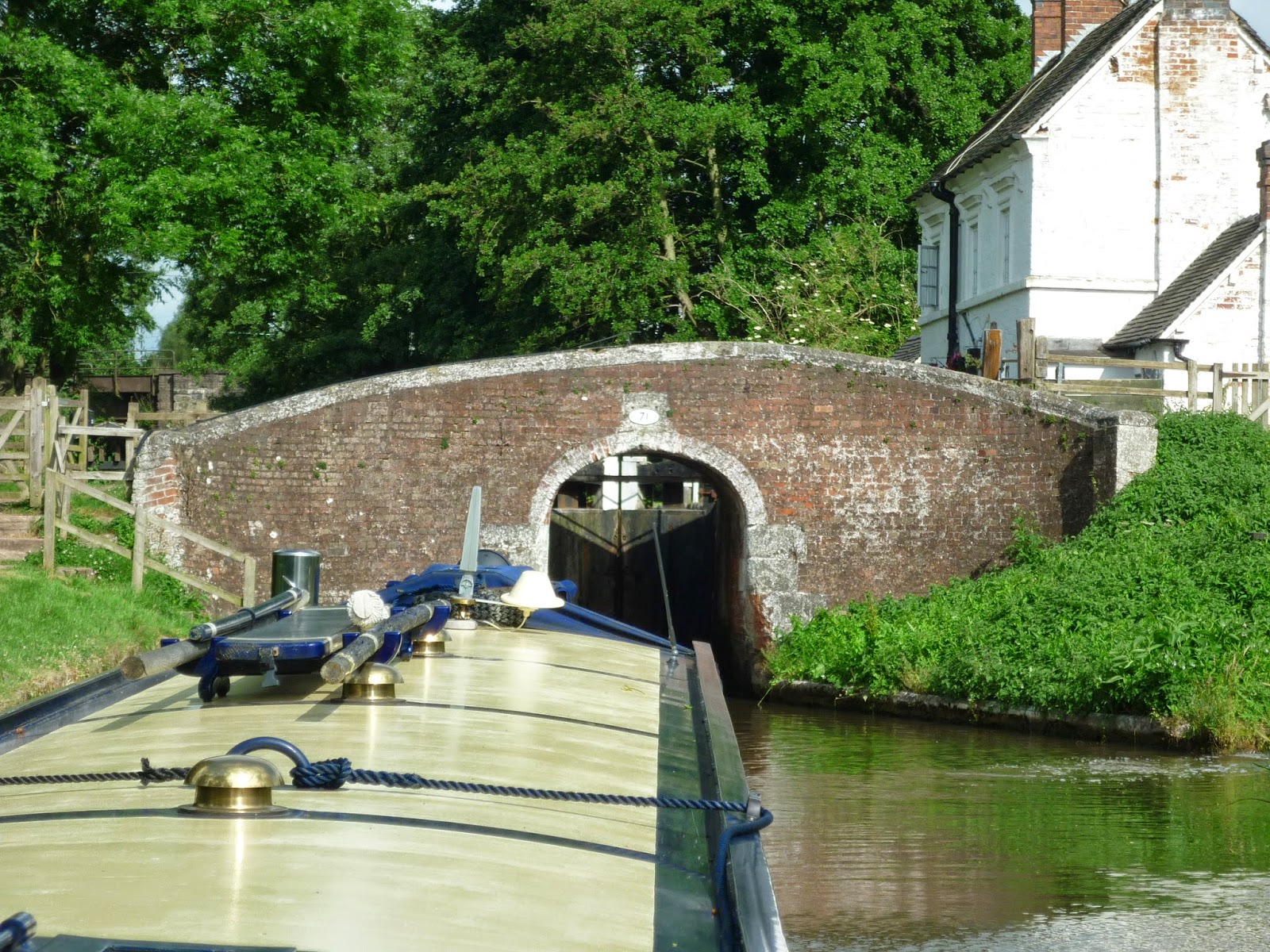 We carried on through Gt Haywood where it was quite busy and Nigel wasnt too far ahead of us as he had been behind a couple of boats going up the locks, we had been told that there were some hold ups at Sandon lock but we didn't know why, anyway when we got there we found no hold ups and there was a boat coming down the lock. There was a notice pinned in the lock saying that a bumper was missing so to stay back from the gate, when the lock was emptied you could see an area where the bumper should be..... 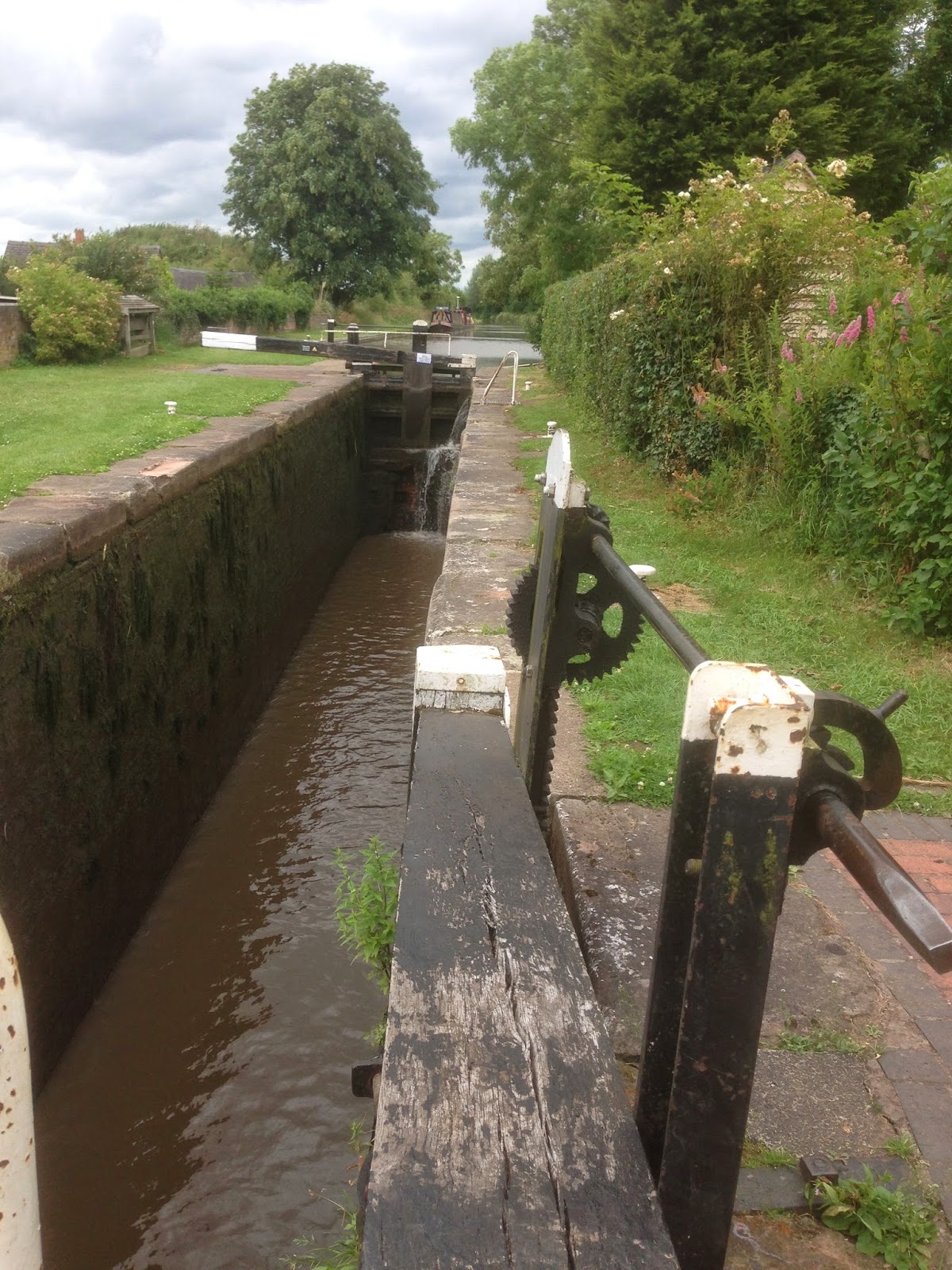 It doesn't pose much of a problem as long as you know about it beforehand. 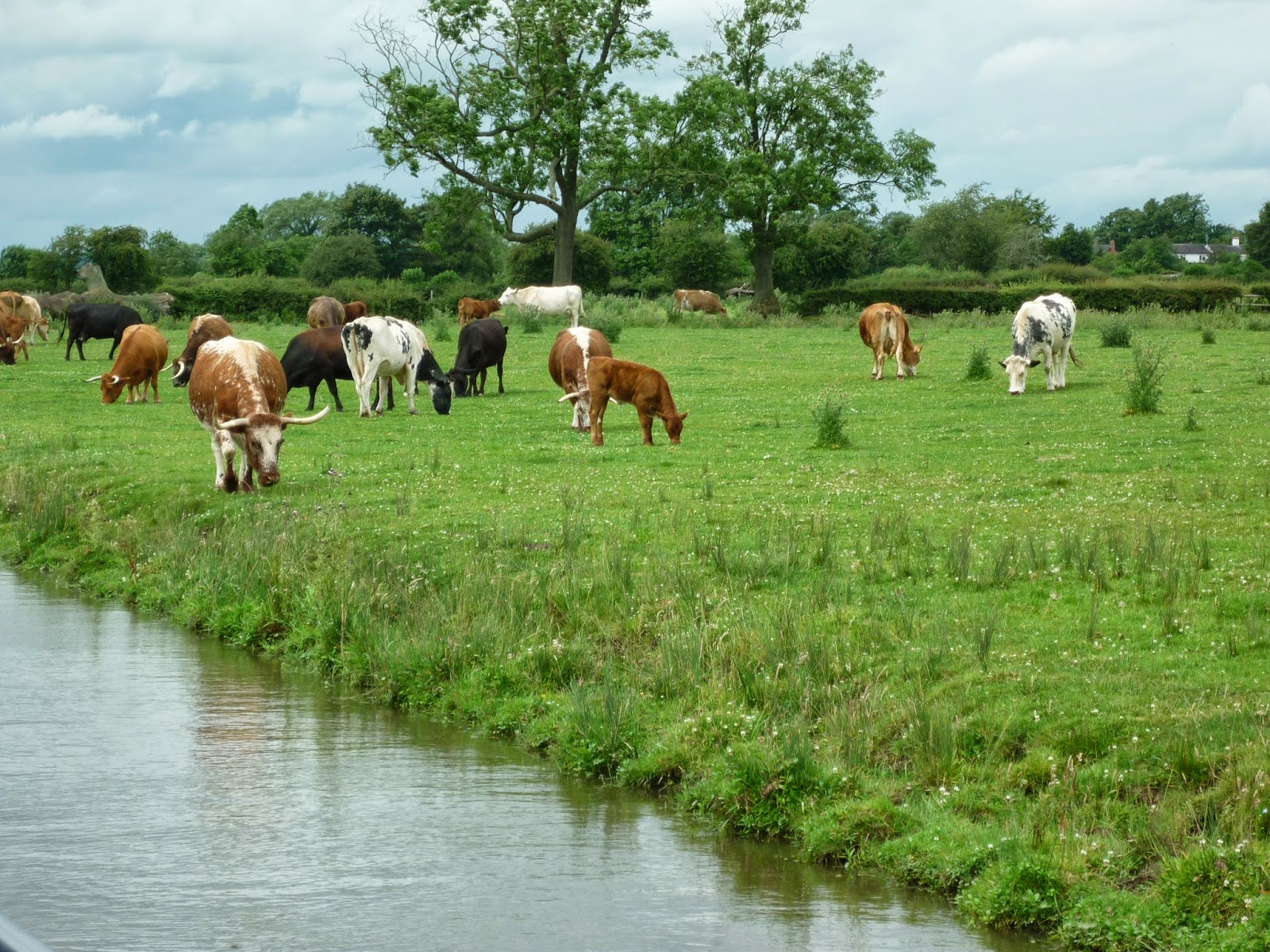 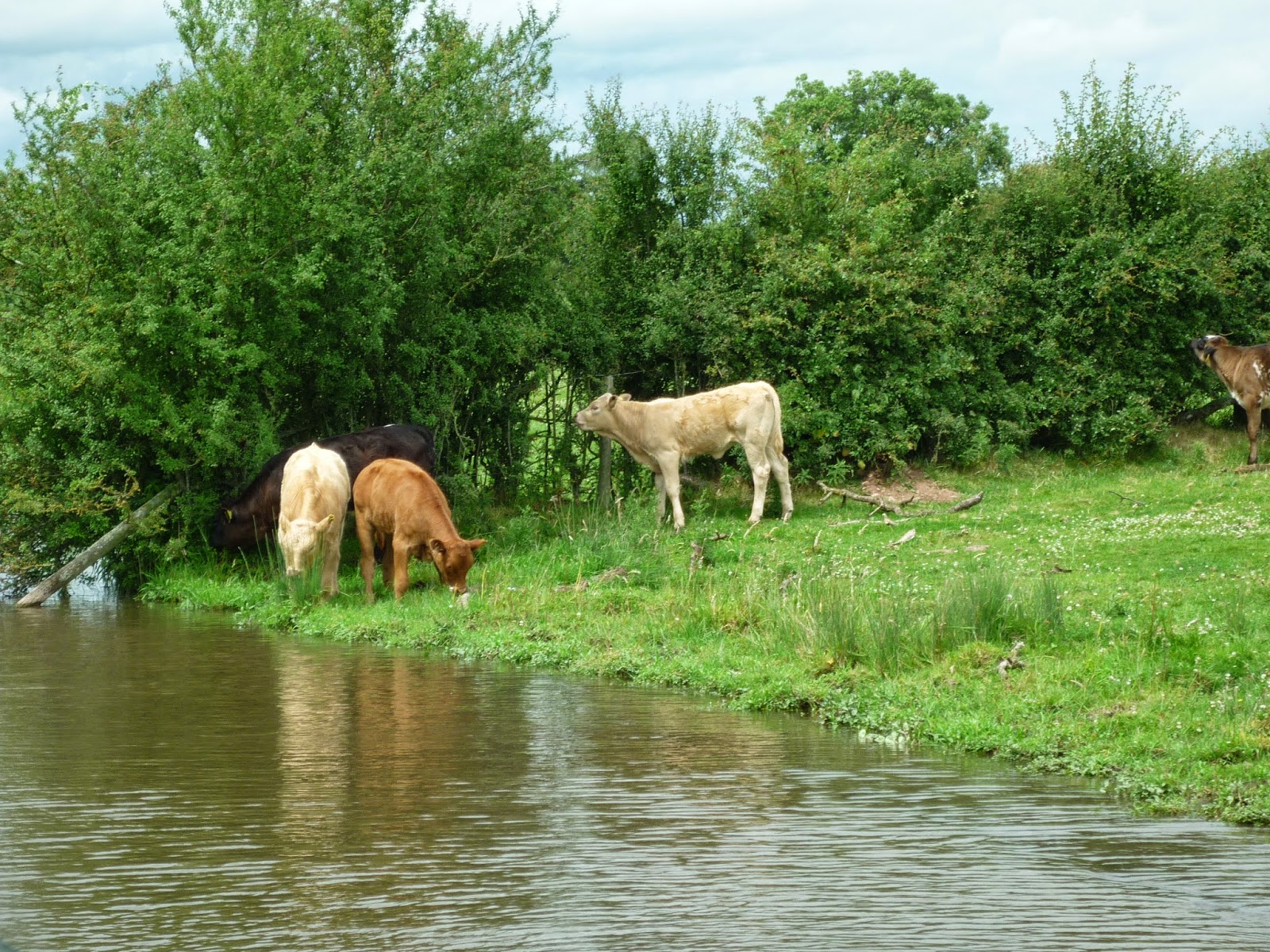 These cows and their calves were all enjoying the good grazing

The weather held until we approached Stone when the rain started and  then just as I was approaching Star Lock a boat was just leaving so Kev jumped off to do the lock and as I was pulling away from the lock landing I suddenly had very little propulsion but managed to get in the lock and  as we were about to leave the lock another boat was exiting the next lock and left the gates open for us so we struggled on as we felt obliged to carry on into the lock. By the time we were in the lock we had lost propulsion completely! I took the centre line and Kev had to use the girlie button (Bow Thruster) we managed to get on the lock landing opposite Canal cruising company, a quick trip down the weed hatch revealed a polypropylene woven sack, which was easily removed but a rope had to be cut off. Now we could move on an we carried on to lock 29 at Newcastle Road, it was pouring down and Nigel had moored in the pound so we are moored behind him before lock 30 Lime Kiln Lock. Kev & Nigel have gone for a pint  but I am quite happy here with Buster as have no intention of getting wet again today!
Posted by Unknown at 12:17