Yesterday had been a lovely day considering we had heard a forecast for rain! Before we left Stone Kev & I  had a walk into Stone town for a few bits of shopping & Nigel had gone on his own for a card he needed so we told him if he got back to his boat before us & wanted to set off we would catch up with him. Anyway by the time we got back Nigel was in Lime Kiln Lock, so we unpacked our shopping & had a cuppa then we too set off. It was quite busy with boats again but we had a nice cruise and caught up to Nigel who was moored up between bridge 103 & 104 we arrived about 2pm and it was a lovely day so we just sat at the stern of the boat in the sun with a few drinks and Nigel joined us, there must have been something going on we think at Trentham Gardens as we could hear a band playing. 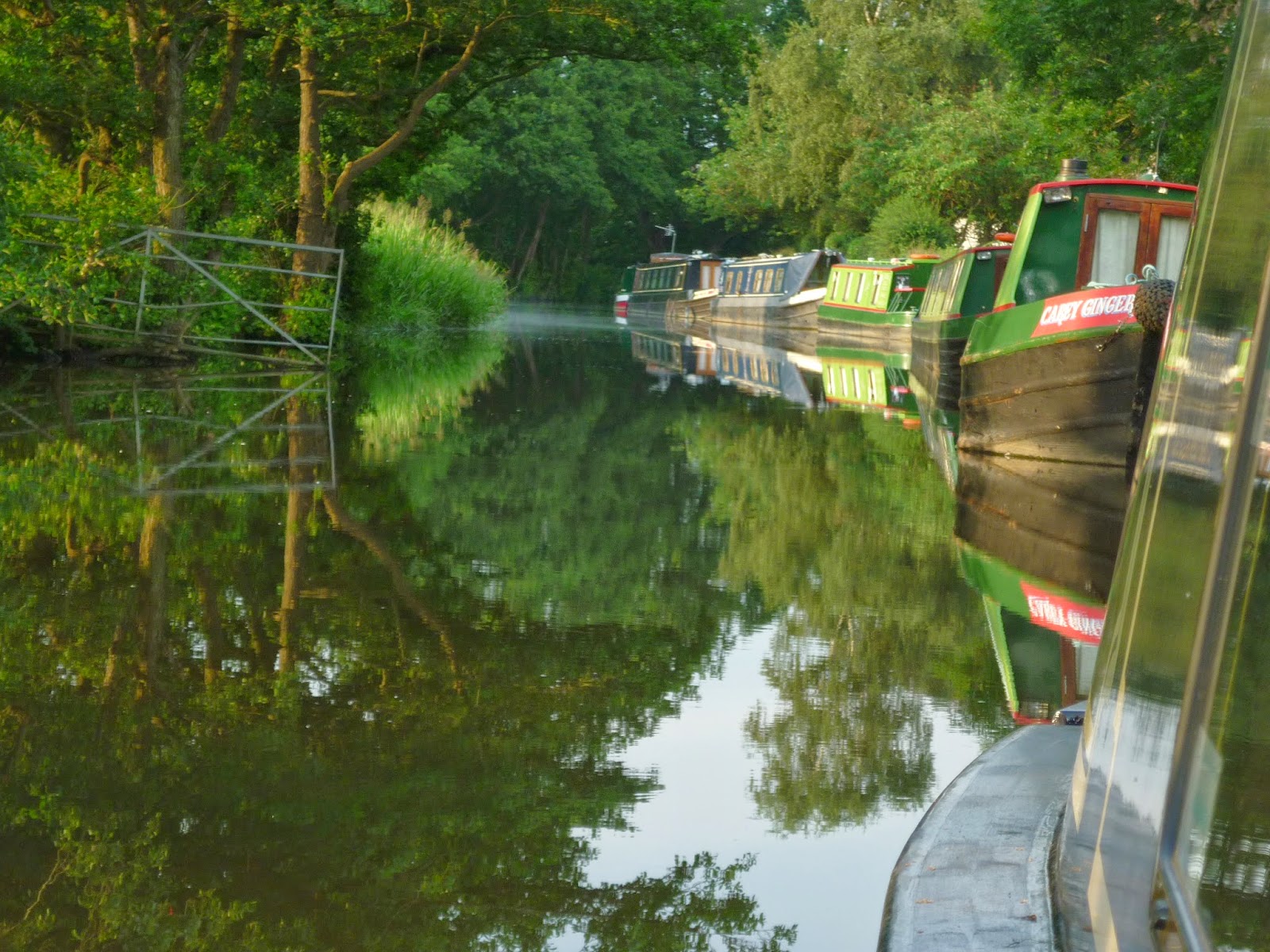 looking back the moorings filled up with a few hire boats 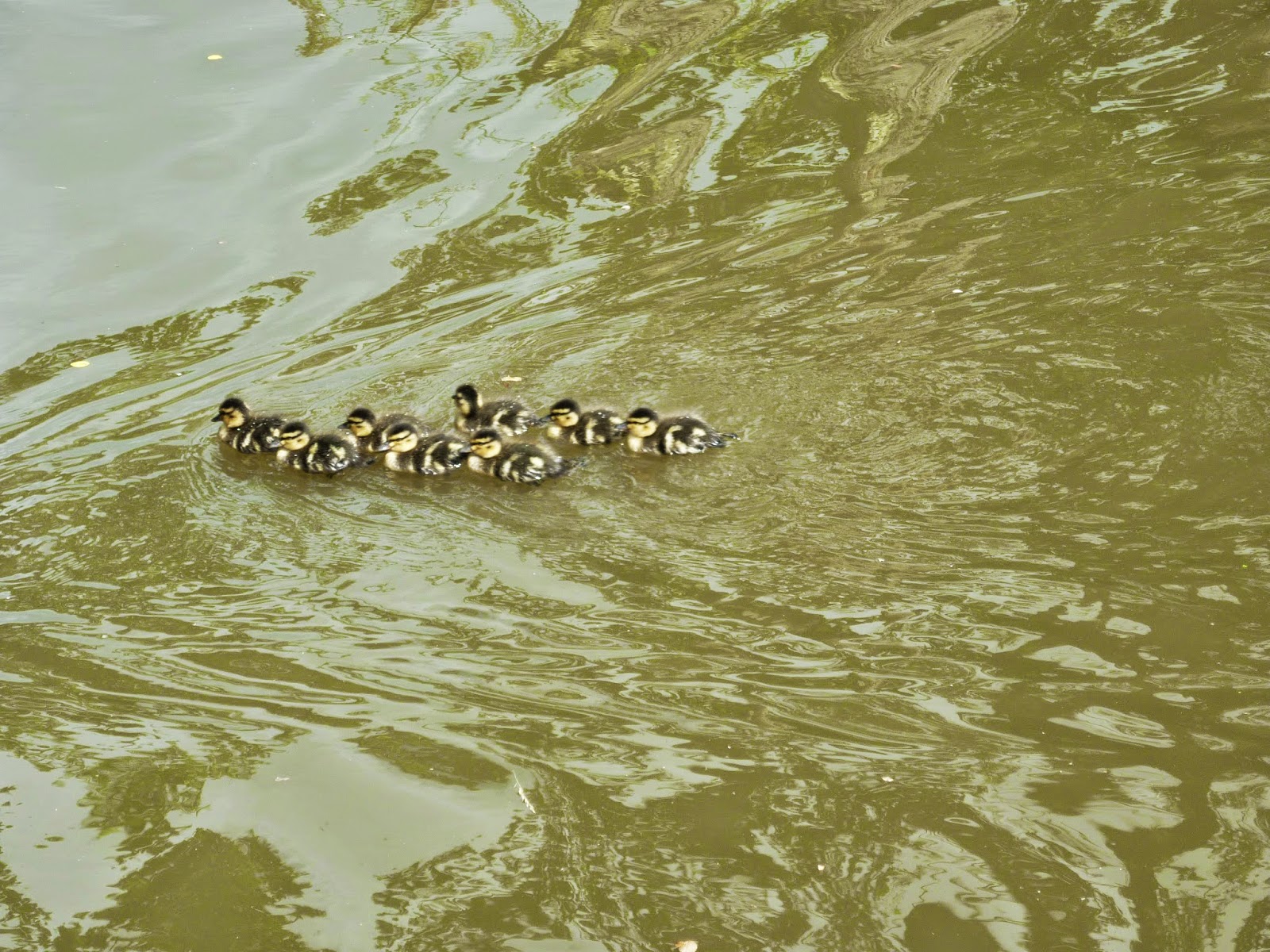 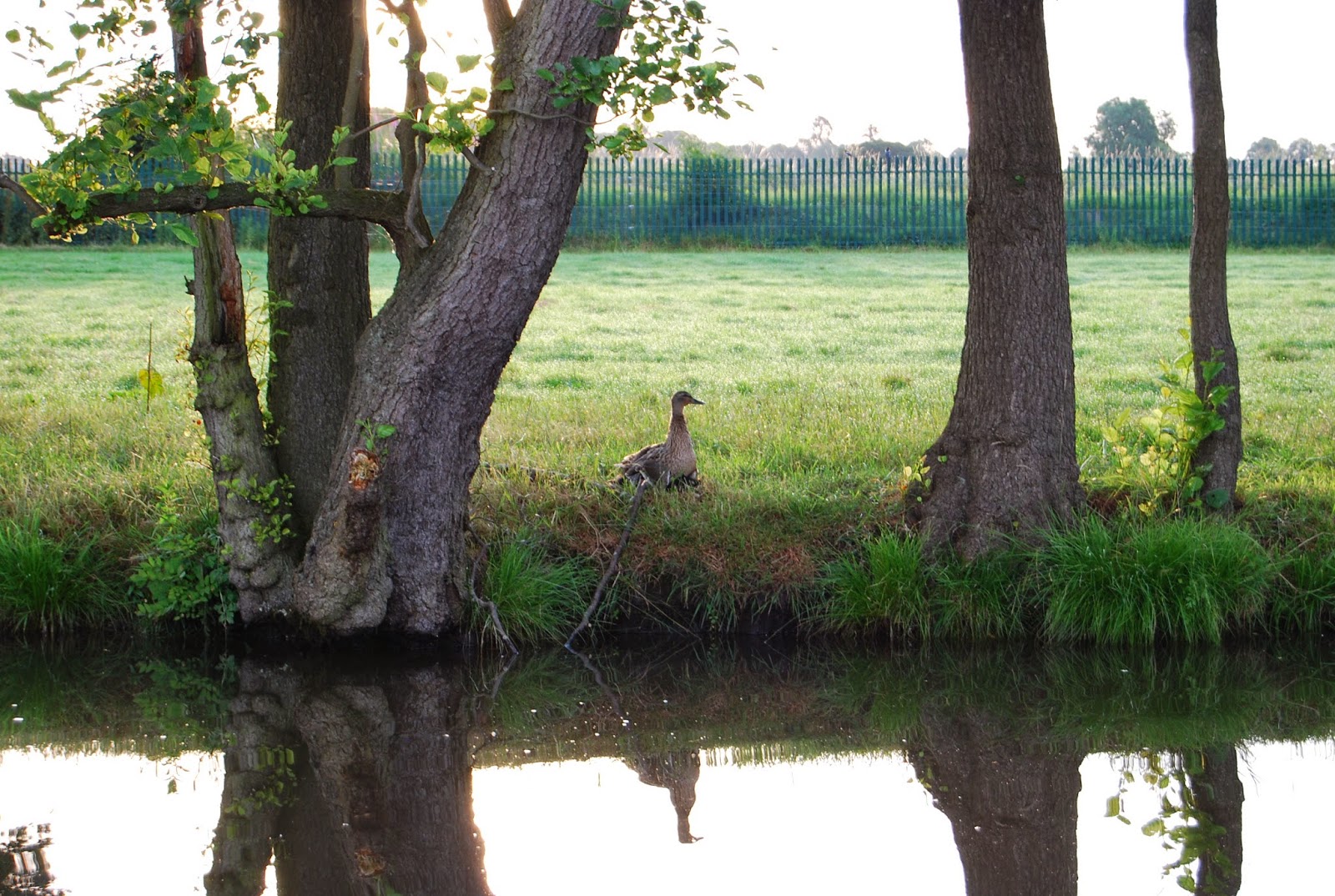 This morning was another fine looking day, Nigel decided he wanted to do a circular so he headed off just after 8 am and was going to go through the Harecastle Tunnel,  so we said our farewells  and off Nigel went, we were heading for the Cauldon Canal and we left sometime shortly after 9am and when we got to Trentham Lock there were 2 boats in front of us with 2 boats waiting to come down, but it wasn't too long before we were turning at Etruria onto the Cauldon Canal we were going to stop to fill up with water but there was a boat on the water point that had just got on it so we decided to carry on and went into the staircase locks (which only consist of 2 locks!) and headed on the Cauldon canal. We haven't been on this canal for a few years and it is quite overgrown which meant that the canal is very narrow in most places! 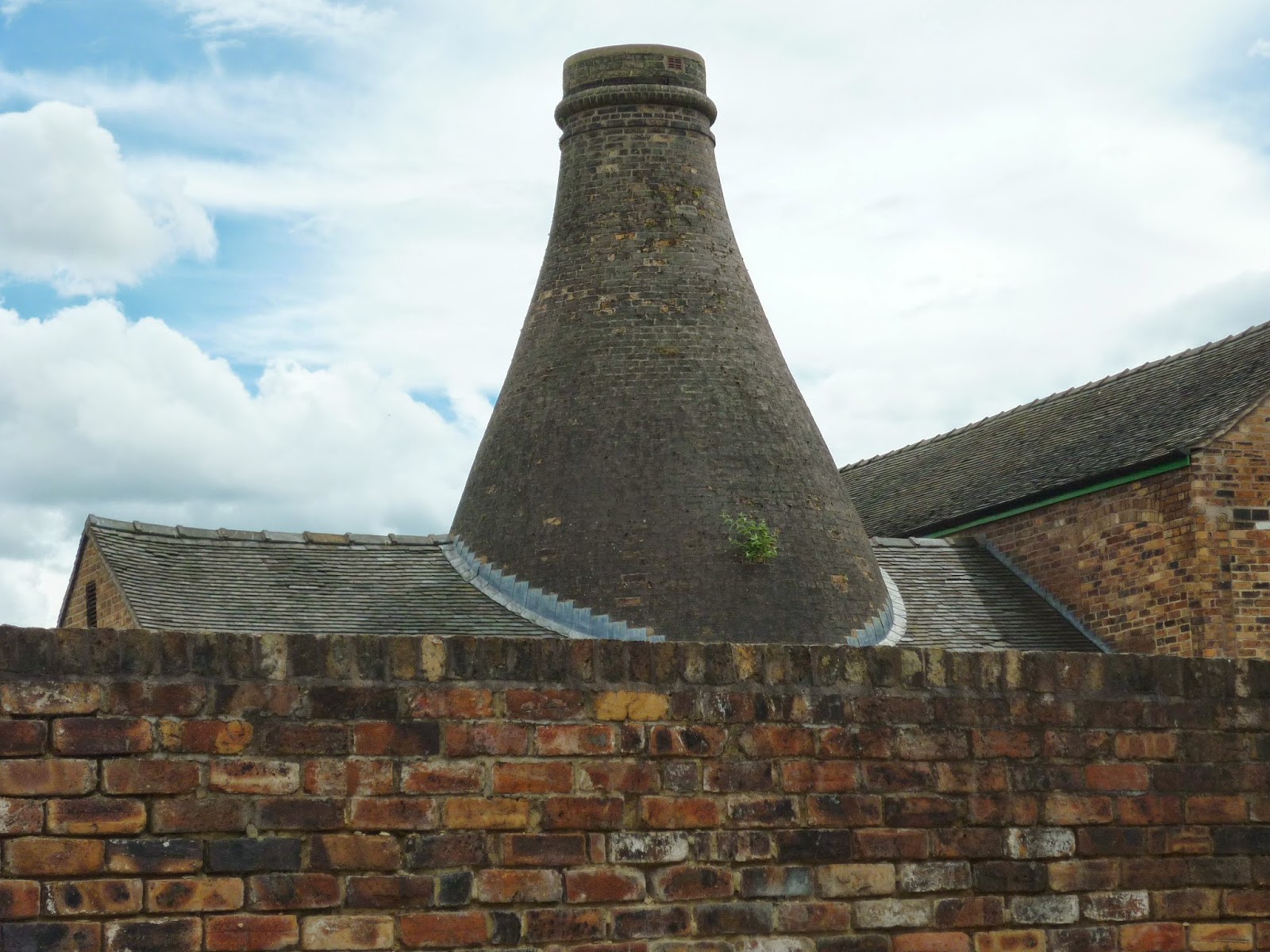 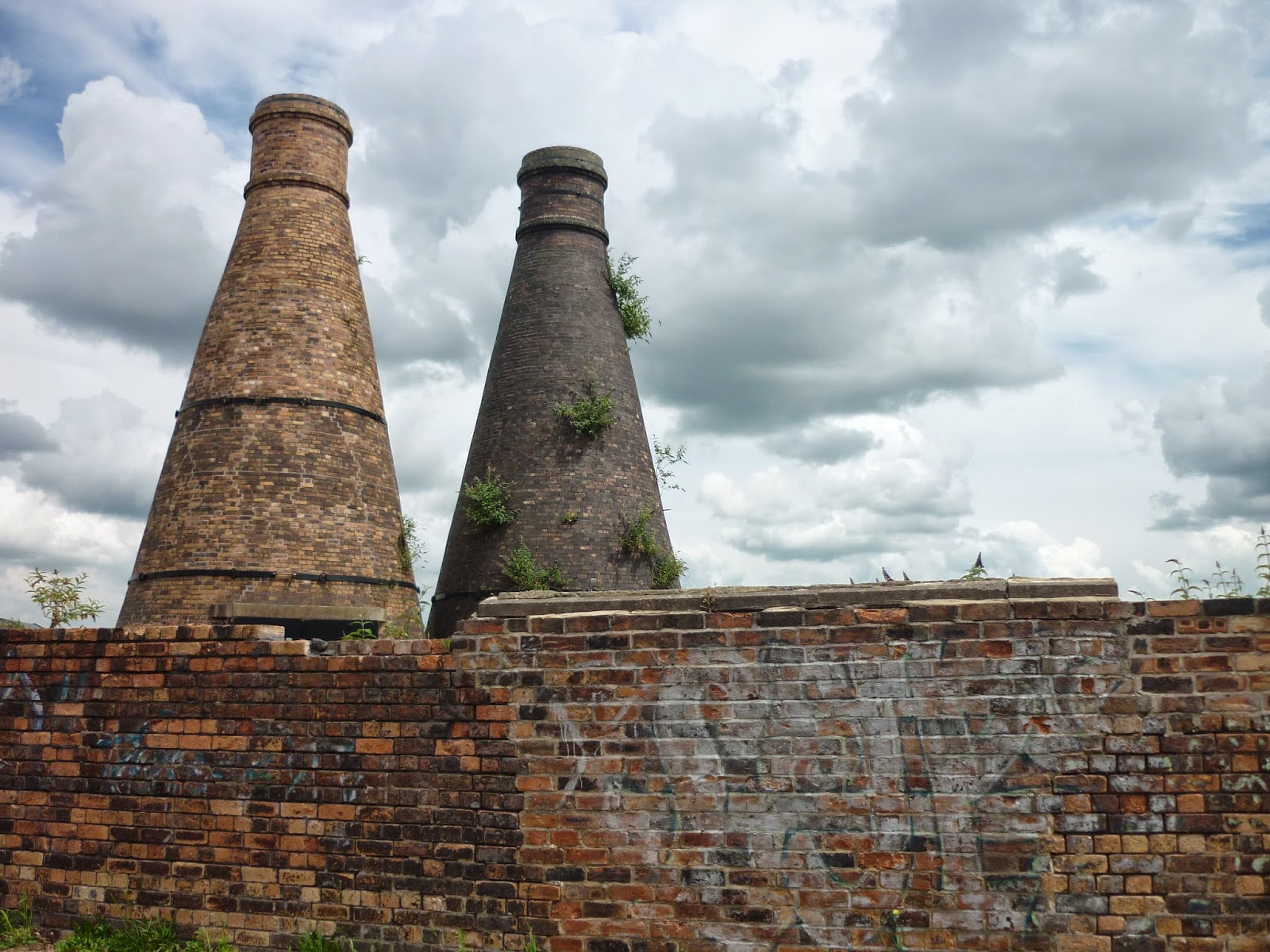 There are still the old bottle kilns along the way 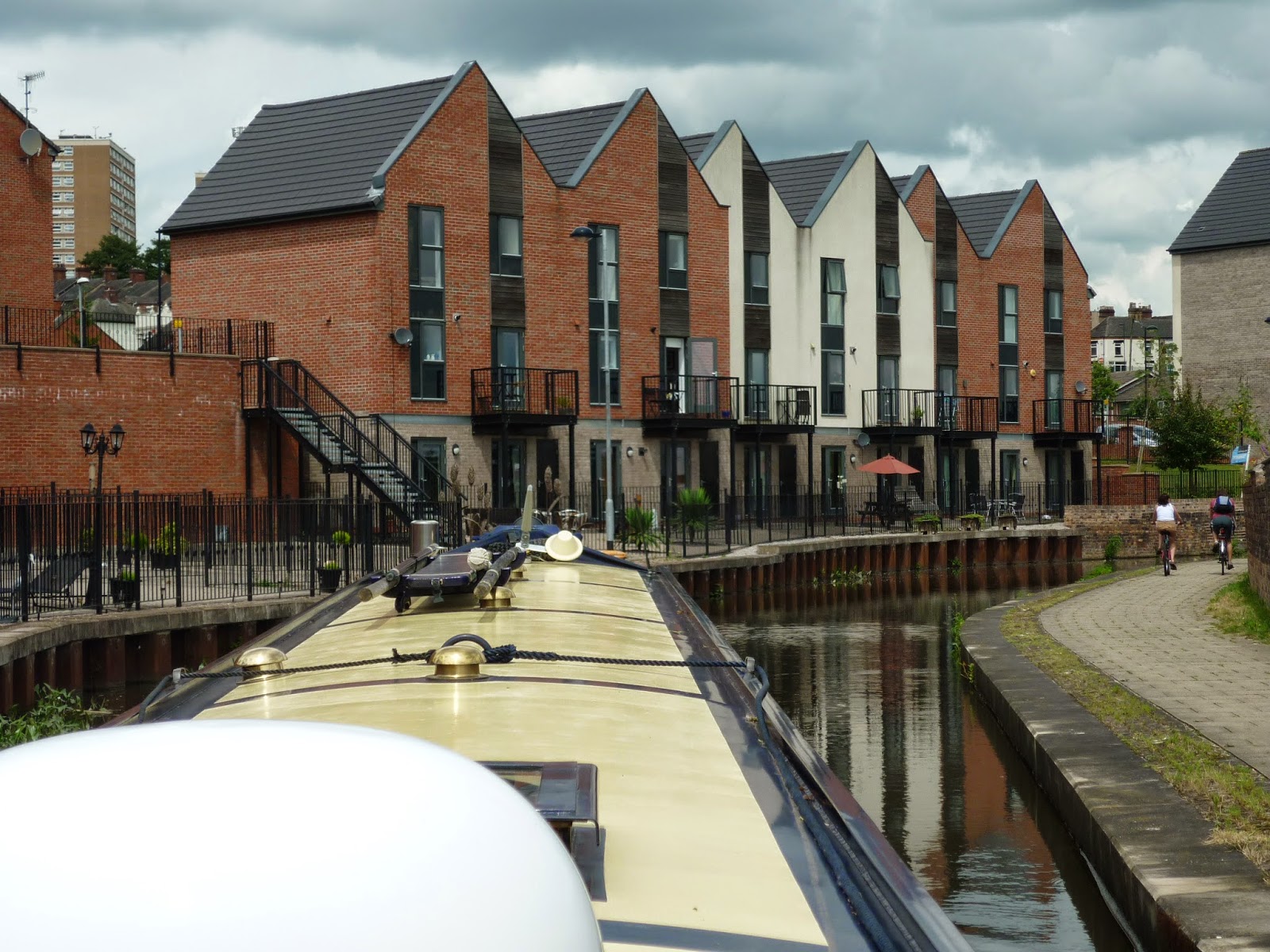 These canal side properties were here when we were last on this canal but now there were plenty more new developments along this stretch. 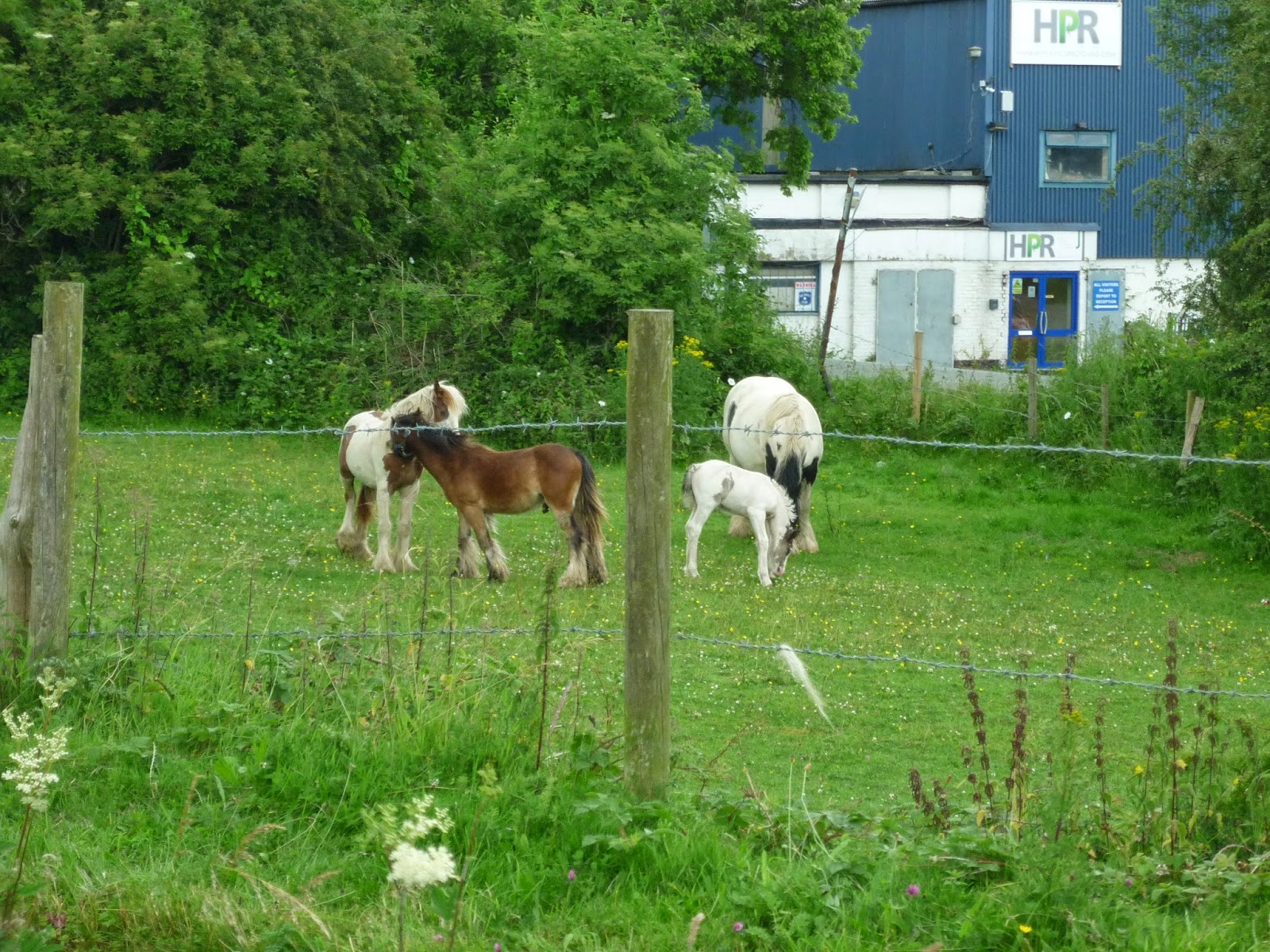 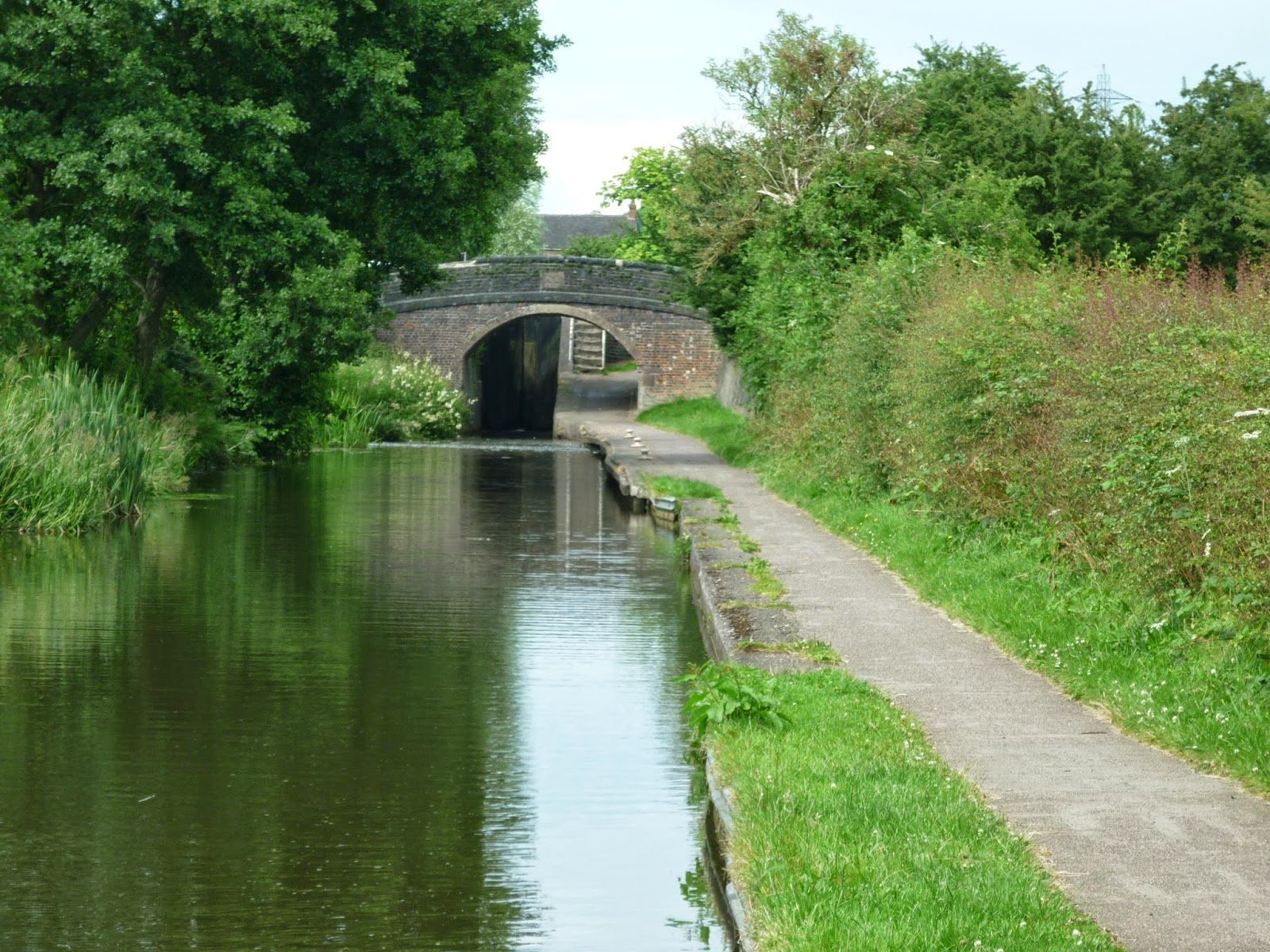 Here is our mooring for today just before Engines Lock (bridge 20) we sat in the cratch with the sun shining and had our tea in there, the heavens opened up about 5.45pm and it absolutely poured down but didn't last long and once again the sun is shining!!
Posted by Unknown at 11:00