On Friday night we went for a few drinks in the pubs and it was very busy as everybody seems to come out with the sun! I must say people do seem in a better mood when the sun shines and it seems to make people friendlier.  Plenty of boats through Stone yesterday and we sat in the cratch watching them all and there were 3 young boys fishing close to Star Lock and totally enjoying themselves even though I don't think they caught a thing, but its nice to see kids actually outside playing rather than being sat inside watching the telly.

We left Stone just after 7.10 am yesterday as we were up and about and ready to go and wanted to get to Taft bridge to moor. It started to get hot along the way and when we got to Weston Lock Kev was waiting with the boat while I did the lock and he got attacked and bitten to death by Horseflies! 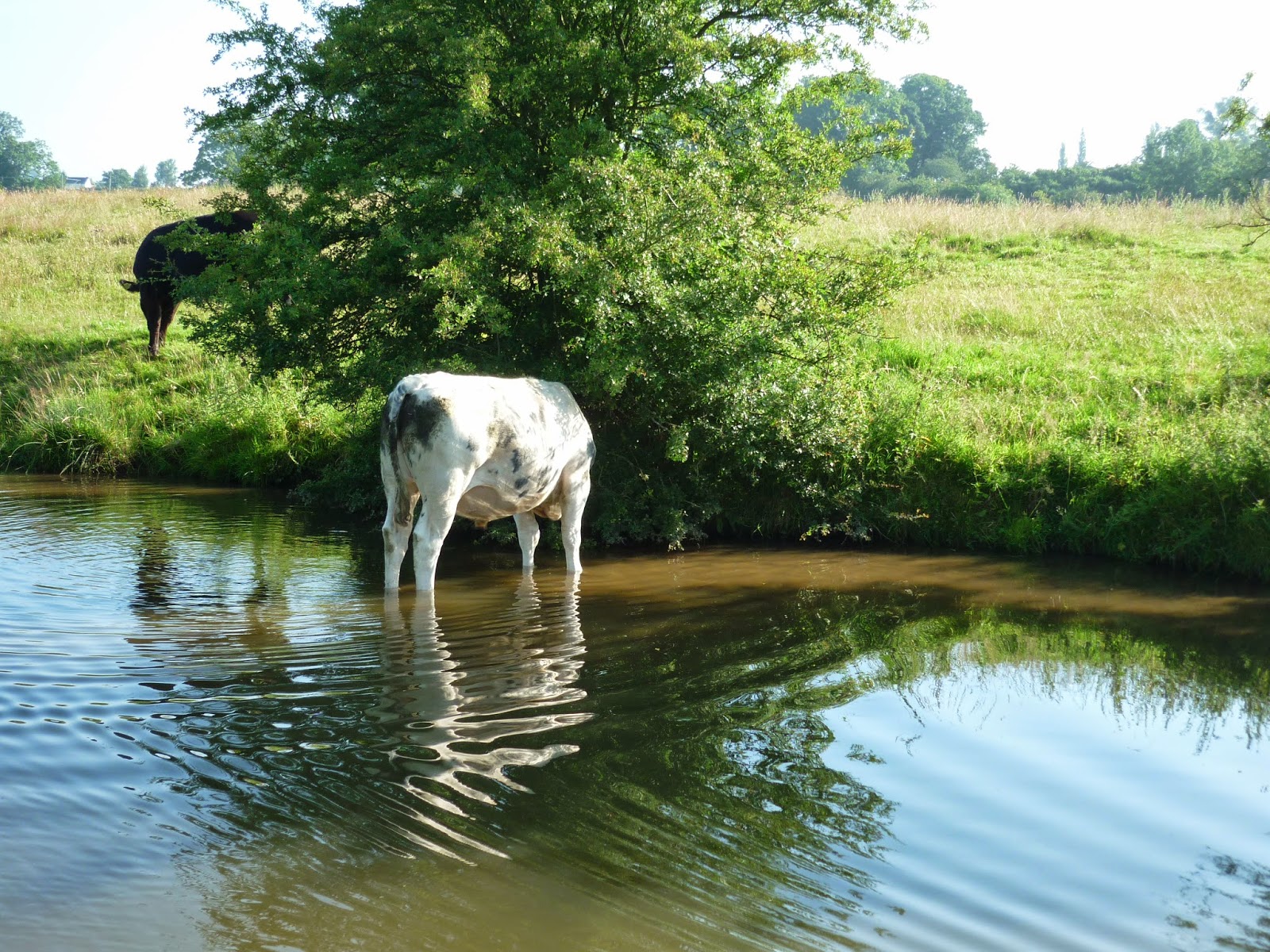 This cow was nice and cool in the canal 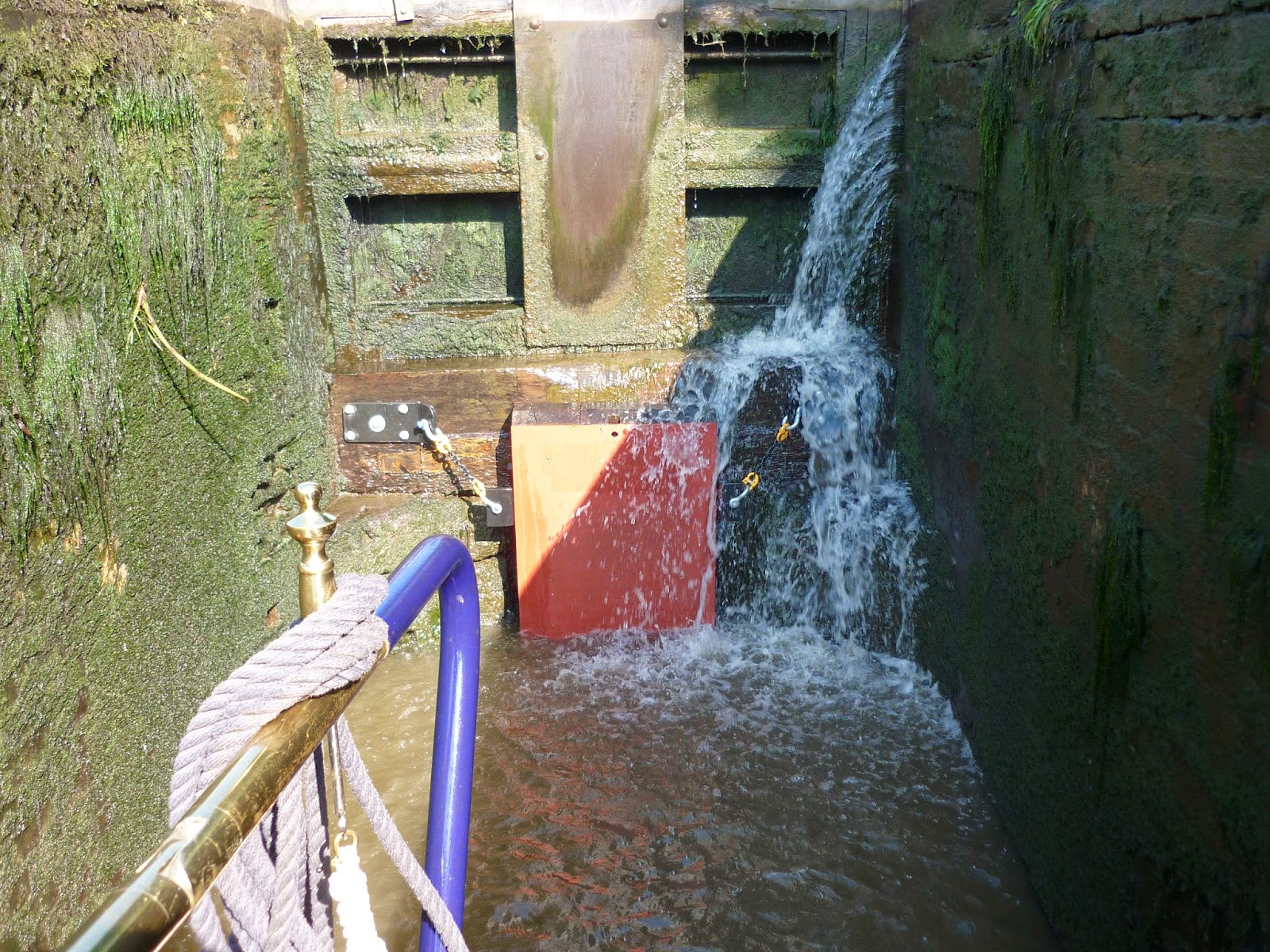 Stenson Lock had been repaired 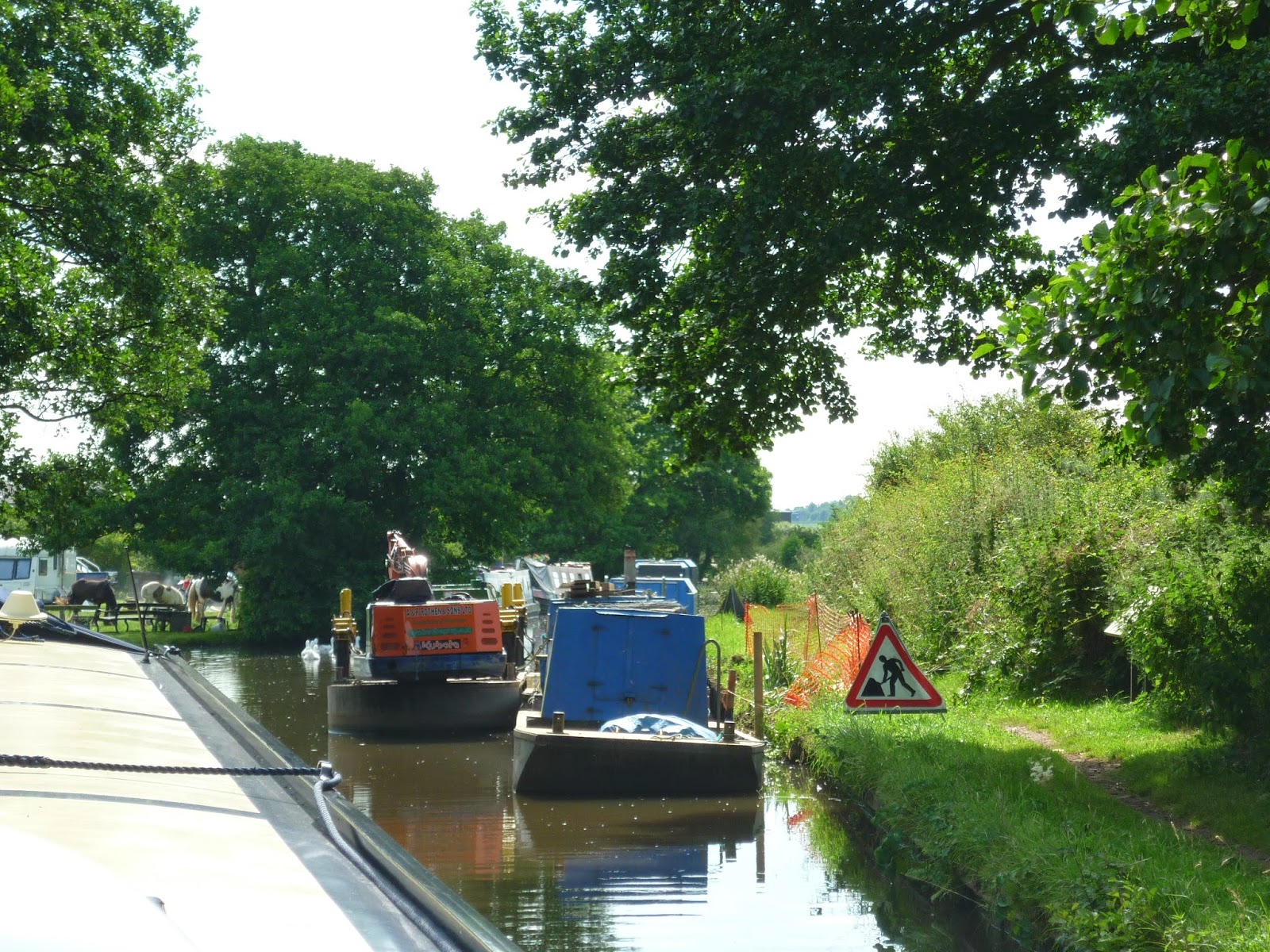 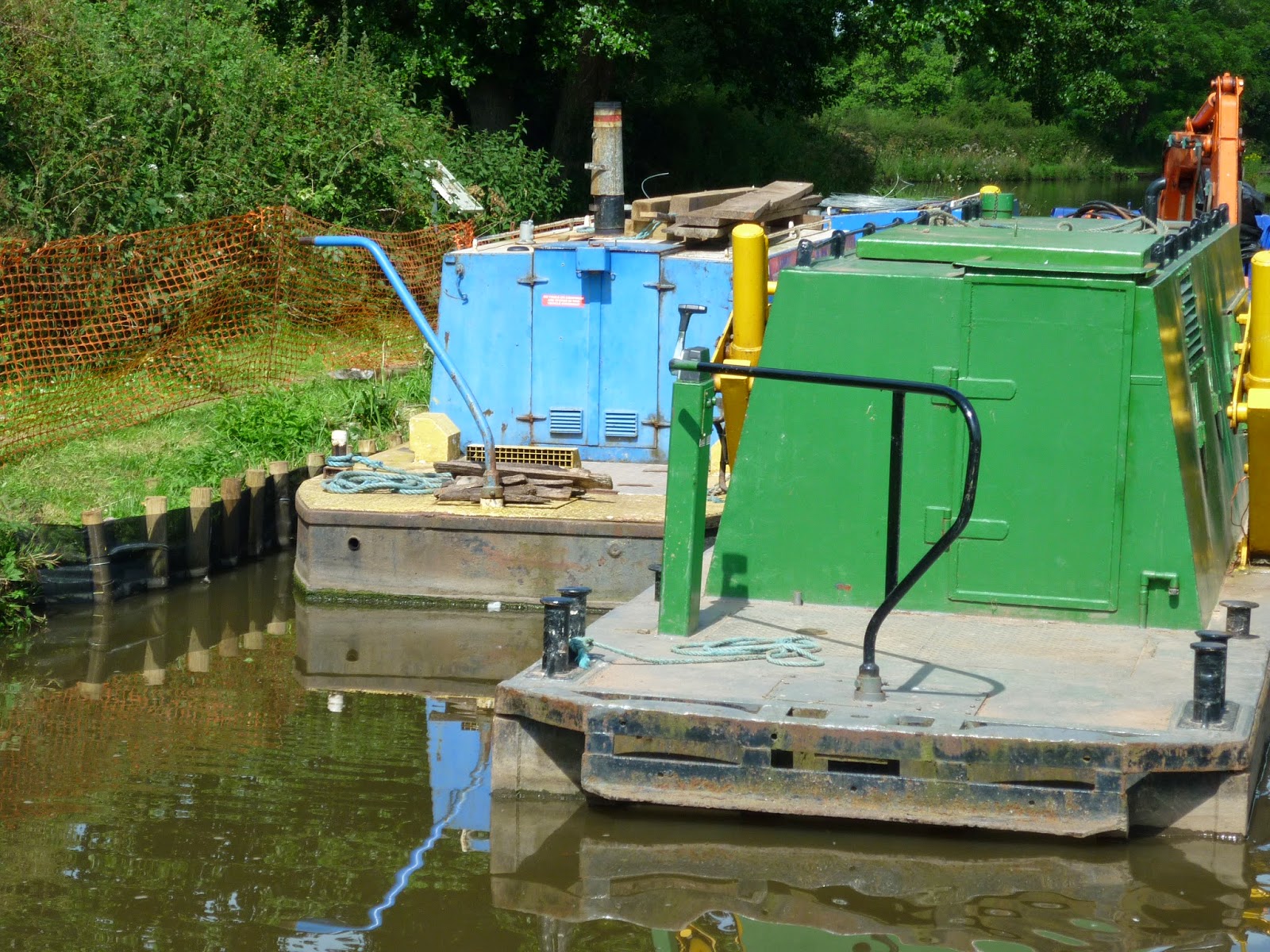 There were some workboats on the way looks like they were putting new piling along the towpath. When we got to Gt Haywood it was quite busy and when we were approaching the bridge just before Colwhich Lock there was a boat moored just between the lock landing and the bridge, they were sat outside their boat with table & chairs and were having food & drinks, this was a bit of a bad place to do this as it made it awkward for the boat behind us to get moored for the lock & there can sometimes be quite a queue at this lock! Anyway they must have realised they were in the way as once the boat behind us tucked in behind them they started to get ready to leave.(Good Idea)
There were a couple of small boats in the lock together coming up so Kev helped them and the second boat had a lady on who said she read our blog and used to read 4EverMoore, sorry I never got your name but nice to see you.
We finally moored after Taft Bridge and so did a few other boats including the boat that had been behind us, we got the bbq out and sat in the sun for the afternoon, the clouds started to build and by 6pm we got the rain so we came in and later watched a movie.
Posted by Unknown at 00:42