Tuesday 17th May
Well today Jaz is 1year old! It doesn't seem long since she was delivered to us last year on the river Avon. 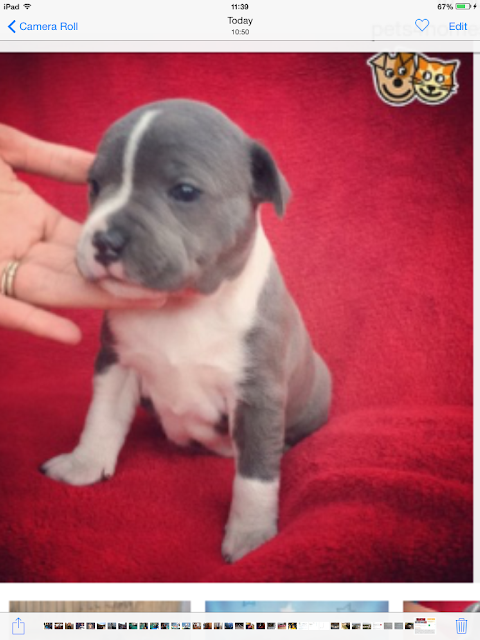 Jaz at 5weeks old
We have been home for a few days, we had a hire car from Enterprise and had been upgraded from a Toyota Aygo to a Renault Megane, we got a good price of £52 for 4 days.
On our way home on Thursday we stopped off at our marina in Shardlow so Kev could get his bike, he had disconnected the battery on it and when he reconnected it up it started first time! Anyway I left him to travel home a different way to me i was heading back onto the M1 while he took the country roads home.
We had a busy few days at home I had borrowed my friends small horse box as we had to pick up some furniture and take it to my mams, also Kev wanted to get his new shed painted too.
It was my birthday on Saturday and I got some lovely flowers and balloons from my daughter Kirsty, she had sent them with Moonpig as she lives in Majorca and she knew I would be home this weekend. I did bring the flowers with me. 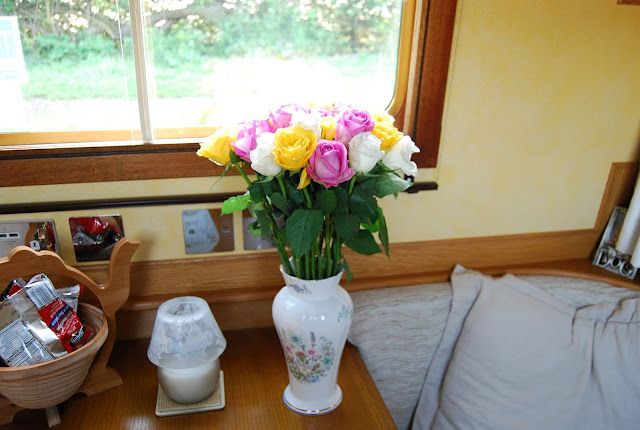 On Saturday night we went for an Indian meal in a small seaside place called Withernsea which is about 4 miles away and we go there quite a lot when we are home.
A lot of the weekend for me was taken up visiting my mam & sister and also I wanted to pop to see a dear 98 year old woman called Dolly who is my friend Gail's mum. She has bowel cancer and developed a cancer on her knee which has grown so large now that she can't walk very well and is now on Morphine twice a day for the pain and so is now in bed. Her house has just been sold as she is one of many older people ending up in a care home, which makes me sad as only 2 years ago she was still driving her car! And driving well too! When she had to sell her car she did seem to get a bit depressed as it was a big part of her independence gone. I wanted to see her as I think it was the last time I would see her. God Bless you Dolly xx.
Anyway yesterday morning we were up very early and left home just before 6am, I had to stop briefly at the next village to pick up my presents from my friend Sue, we had arranged for me to text her as I left home and when we arrived at her house she came to her gate with a big bag of presents, one of which was the little scented candle lamp in the photo above. Thanks Sue xx.
We then headed off on our way back to Milton Keynes, the M62, M18 and the M1 were all very busy as usual on a Monday morning there were plenty of lorries on the move. We stopped briefly at Woodhall services for a coffee & to let Jaz stretch her legs and then we were on our way again and arrived back at Milton Keynes Marina about 9.45 am. Once we had unpacked the car, Kev went to the office to pay while I put all our shopping etc away and then we left the marina, turning right onto the canal. 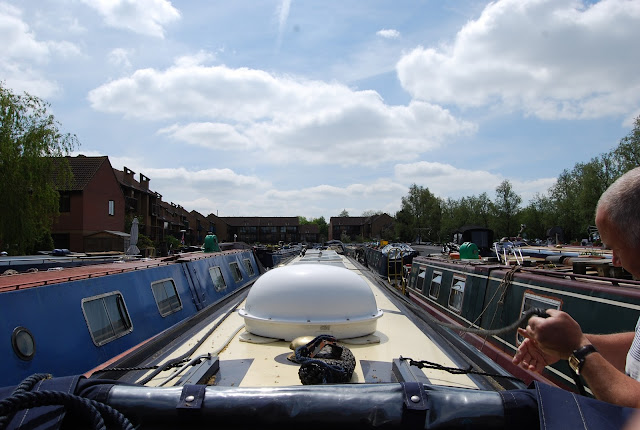 Kev preparing to leave the marina 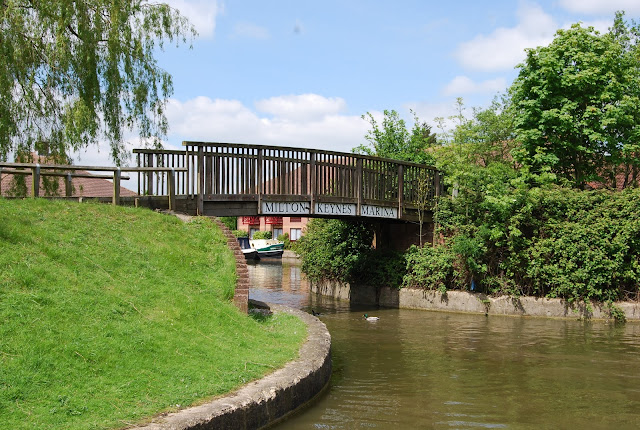 As we were coming out of the marina there was a boat coming as we were leaving so we waited for it to pass and then we were following behind it and when we got to our first lock of the day "Fenny Stratford Lock" & we shared the lock with them. It wasn't a very deep lock but it had a swing bridge that we had to open as it goes across the centre of the lock. 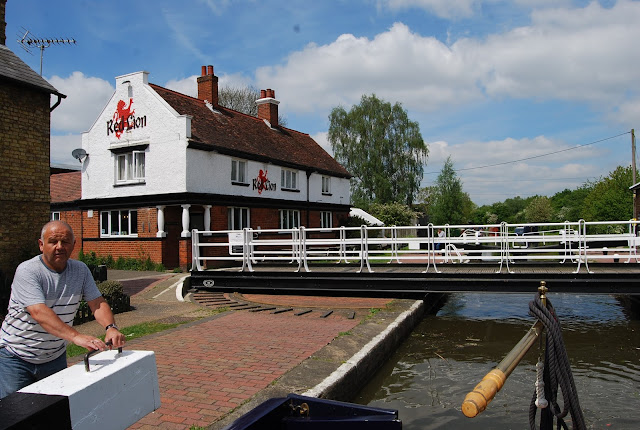 Kev waiting to close the gate.
The boat we had shared the lock with didn't go any further they moored up just after the lock, so we carried on alone. It was a lovely sunny day and we didn't pass any more boats and had the canal to ourselves! 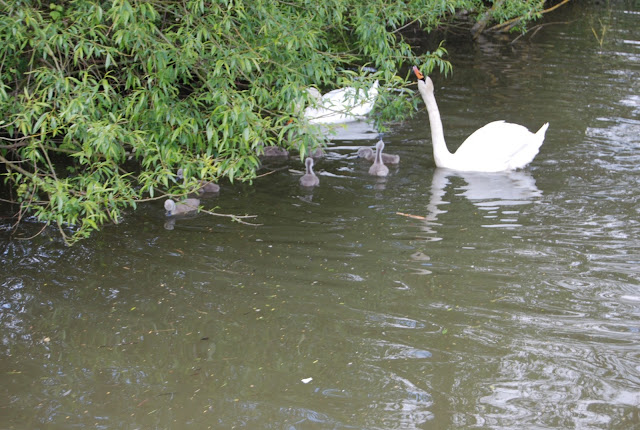 The first sight of Cygnets! 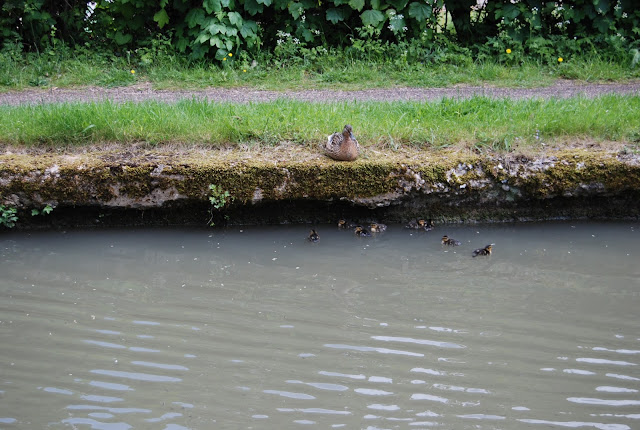 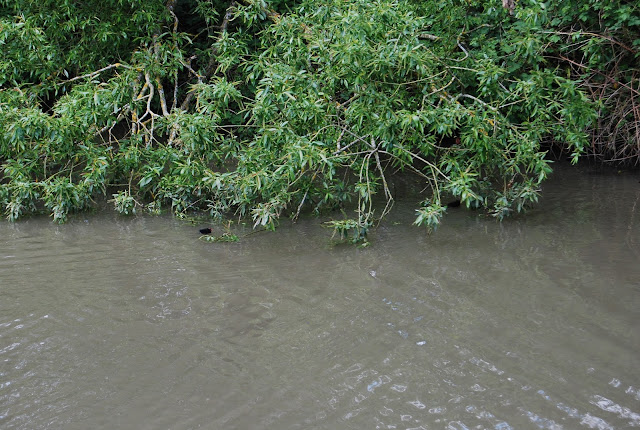 Tiny moorhen chicks, very shy & taking cover from us under the tree! 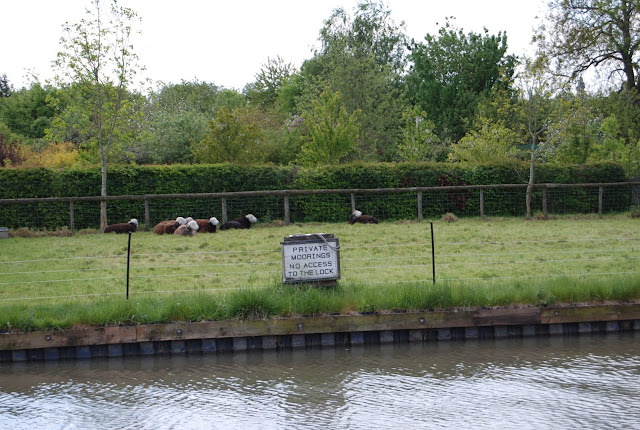 Some white faced sheep resting in the sun.
Our next lock was Stoke Hammond lock and there were 2 boats together moored on the lock landing & there was a man up at the lock getting it ready, so while Kev stayed on the boat I helped the man with the lock as he was single handing both boats together. Once the lock was empty I opened the gates & then he brought both boats in, Kev then came unto the lock and we both worked the lock for him. I then went back to the boat while Kev prepared the lock for us. 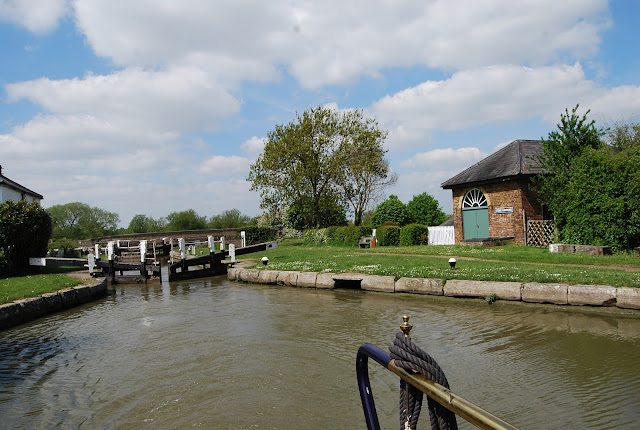 Leaving Stoke Hammond Lock, the gates came open as we were leaving!
Our next locks were Soulbury 3 locks were there were volunteer lockies there to help with the locks and we were soon up through all 3 locks and we didn't go too much further before we moored for the day just at bridge 109. 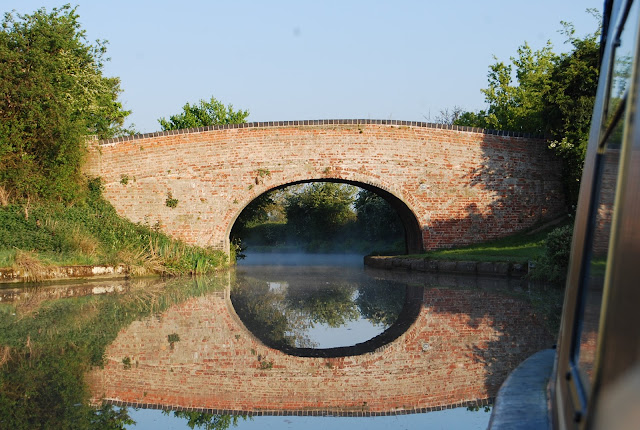 Looking back at the bridge this morning 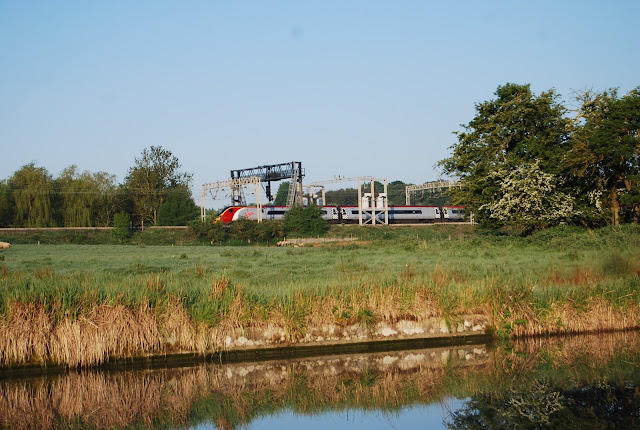 Our view across the field.