No room at Rickmansworth

Saturday 21st May
A dull start this morning as we left Hunton Bridge, we both put our waterproofs on in case we had rain. As we were heading towards our first lock of the day Hunton Bridge Locks we passed the Old School House, where there is 3 signs on the wall all saying the same thing. 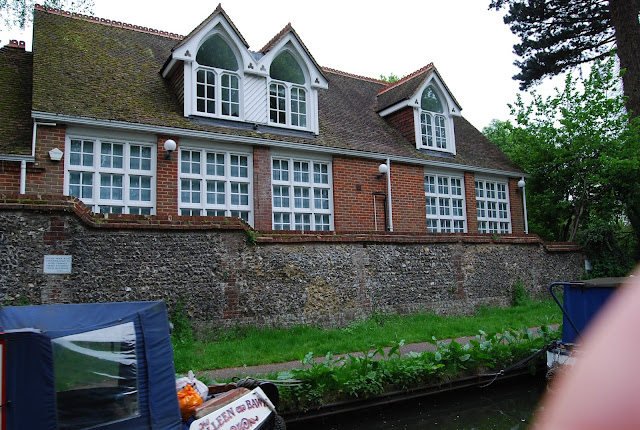 The signs ask for boaters to be considerate when lighting their fires as the smoke gets into the premises! Someone had wrote on one of the signs that if they chose to live next to an airport would they ask for the planes not to fly over their house! I thought it was quite amusing, I don't think The Old School House is someones home but some sort of training place but not sure what.
Just after we had entered Hunton Lock and Kev had closed the gates a woman came up with a windlass and said that there were 2 boats coming from the next lock, so that was good it meant that we would be able to pass them and go straight into the 2nd lock in the short pound. Problem! As Kev went to the 2nd lock the other boats were still in the lock but as I came out of the lock I suddenly found that I wasn't moving I thought there was something on the prop so I managed to call Kev back to me and he noticed that the water level was down a good 18inches! He went back to the lock I had just left and let some water down as I was on the bottom. I started to move slowly and Kev went onto the 2nd lock where the 2 boats were just leaving and as he passed the first boat he explained what he had done. The first boat said he would wait while we were in the lock before he closed the gates on the 1st lock, the 2nd boat was struggling to pass me as there wasn't much water. 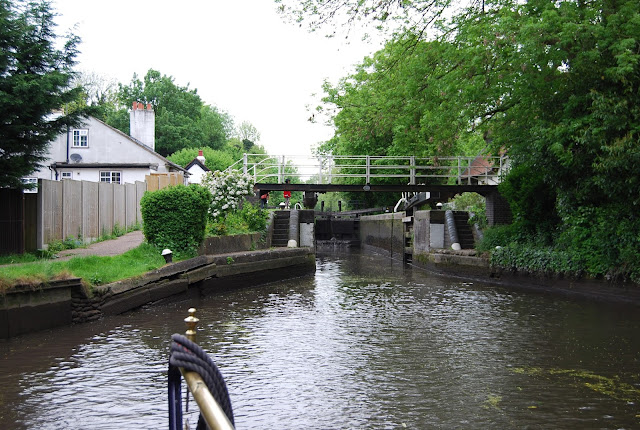 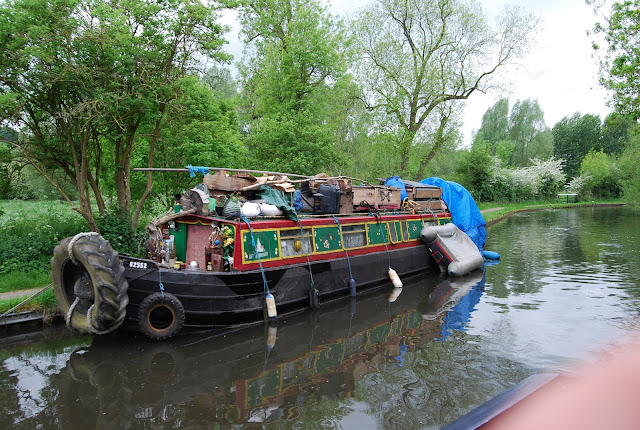 Hows that for a fender! A tractor must have a tyre missing! 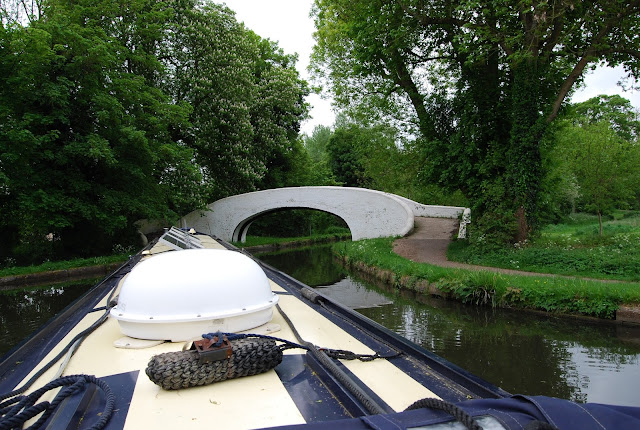 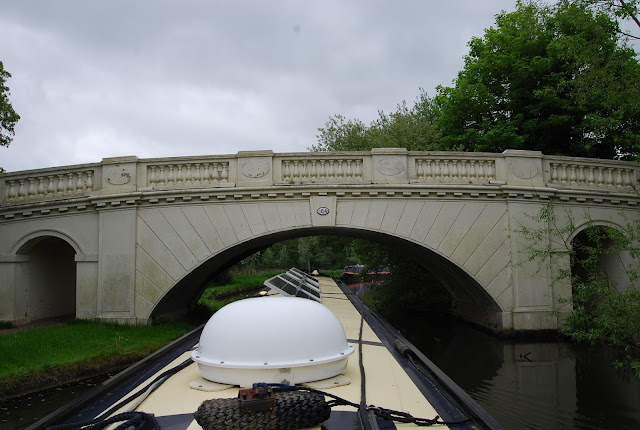 The very grand bridge at Grove Park
We had planned to stop and moor at Rickmansworth but John (Nb Snailspace) had told Kev that we would struggle to get moored there this weekend as there was a festival. He wasn't wrong, there were plenty of boats moored before we reached the lock at Rickmansworth and as Kev got off the boat to prepare the lock there were some Sea Cadets  with windlasses and they told Kev to get back on board as they were working the lock. We gave them a donation in their bucket as we got into the lock. 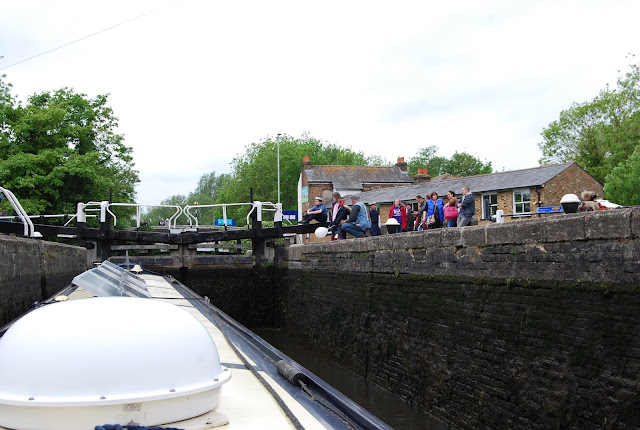 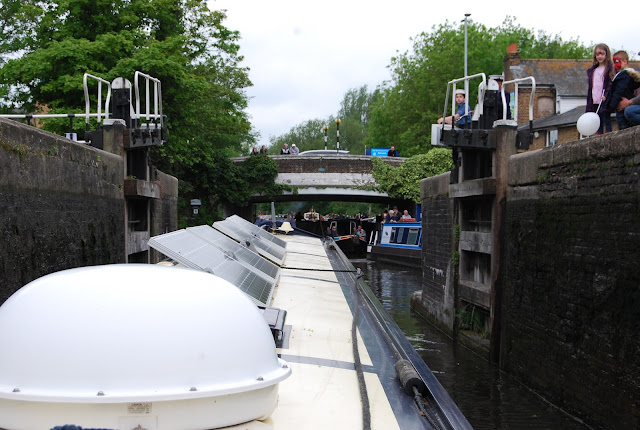 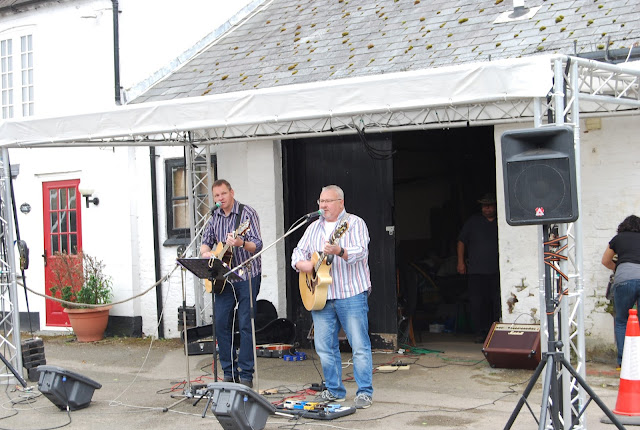 These 2 were playing just below the lock 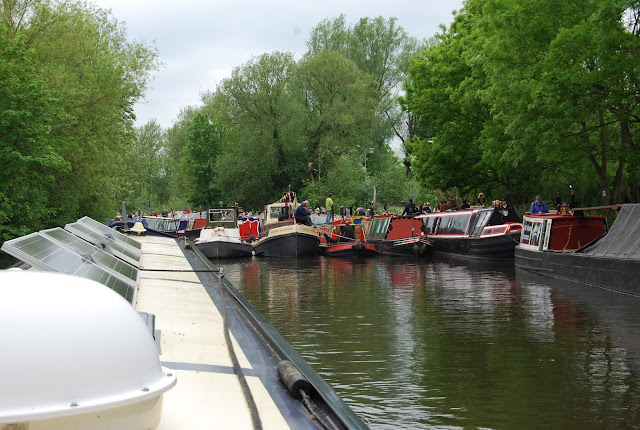 Plenty of boats moored for quite a long way!
There is a Tesco just ahead with moorings so we moored briefly so I could pop for some potatoes for tea. It looked like a good turnout for the festival with plenty of people about and at least the rain was holding off. 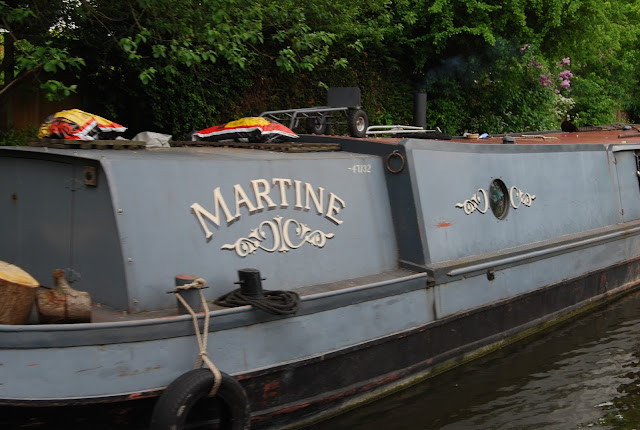 Kev has a niece called Martine! 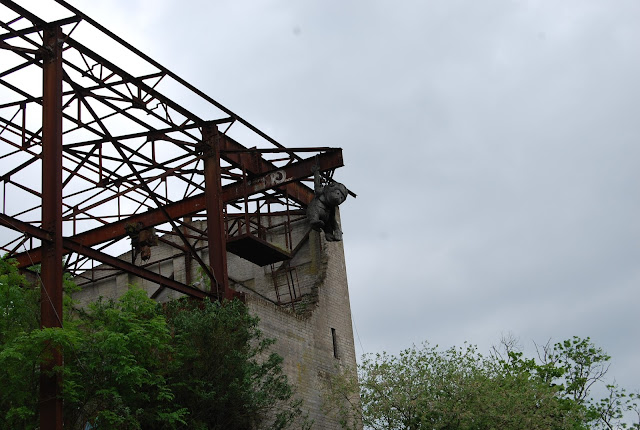 Anybody lost a Gorilla?
We were getting hungry as we hadn't had chance to stop for lunch so when we got to Copper Mill Lock we moored before the lock landing and after Kev had taken Jaz for a walk & he had just got the canopy up it started to rain so we never got wet today after all!
Posted by Unknown at 09:00