Friday 27th May
Yesterday morning there were 2 boats moored breasted up together ahead of us and they had told Kev they would be leaving about 9am and so when they left their mooring we pulled forward and moored in their place. It has been a lot better being next to the towpath, as it is easier to get Jaz on & off the boat. We have had good weather since we arrived here on Tuesday and also had a few good walks too. On Wednesday we walked with Jaz to Camden Market to see what it was like, it took us about 45minutes and it was a bit cool and overcast but good for walking. When we got to Camden Lock where the market is I needed the loo so we walked over the bridge to the Weatherspoons pub and Kev stayed outside with Jaz, he was going to get us a pint when I came out but he had been told by one of the staff from Weatherspoons that we couldn't sit at the tables with Jaz but would have to sit on the wall next to the bridge! So we didn't bother, I wouldn't mind but there wasn't anybody sat outside for Jaz to bother but if thats their policy then fair enough. We went to have a look around the market which was very good but we couldn't really enjoy it properly with Jaz, not that she did anything wrong and actually she was a star and enjoyed plenty of people fussing her. So we stopped for a drink in a bar there and had a drink before walking back to the boat at Little Venice. 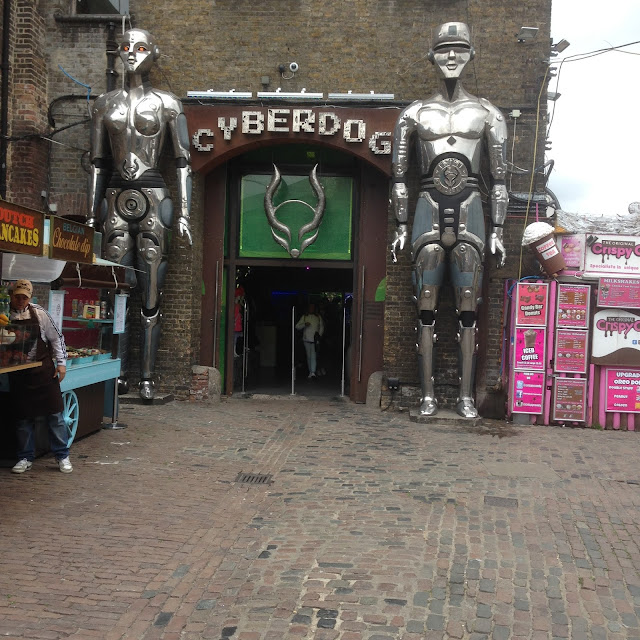 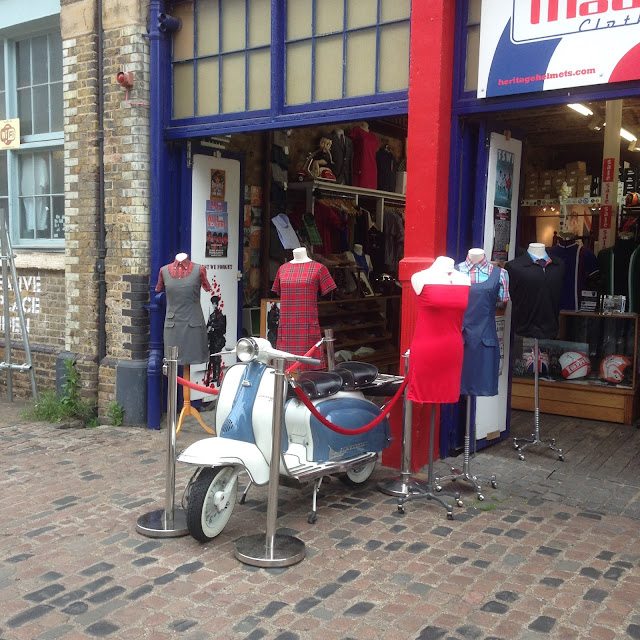 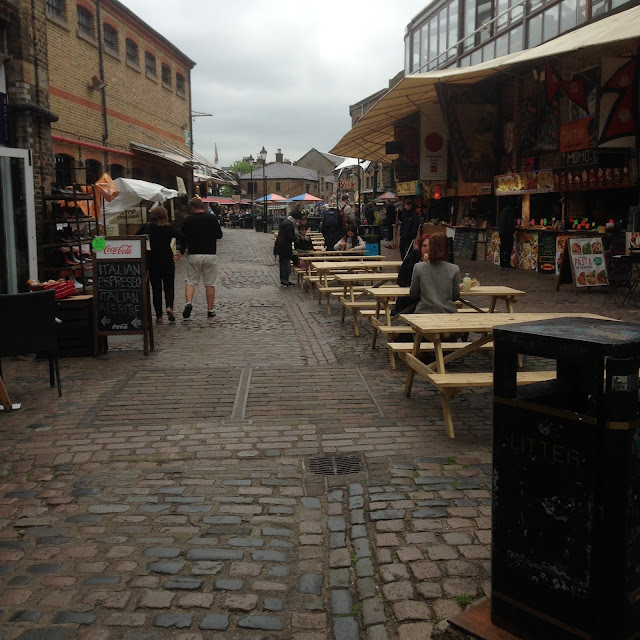 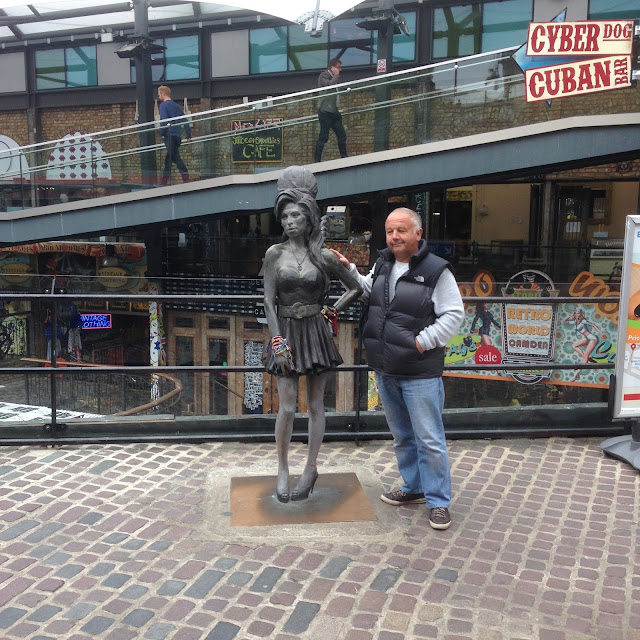 Kev got lucky!
Yesterday after we had got onto our new mooring,  we had a wander  about, passing Paddington Station and the through onto a main street with plenty of shops and cafes. We got back to the boat and had a cuppa and a bite to eat and as it was such a lovely day we took Jaz to Regents Park for a good run about, plenty of dogs for her to play with too.
We were quite shattered by the time we got back on board and just sat with a beer in the cratch. 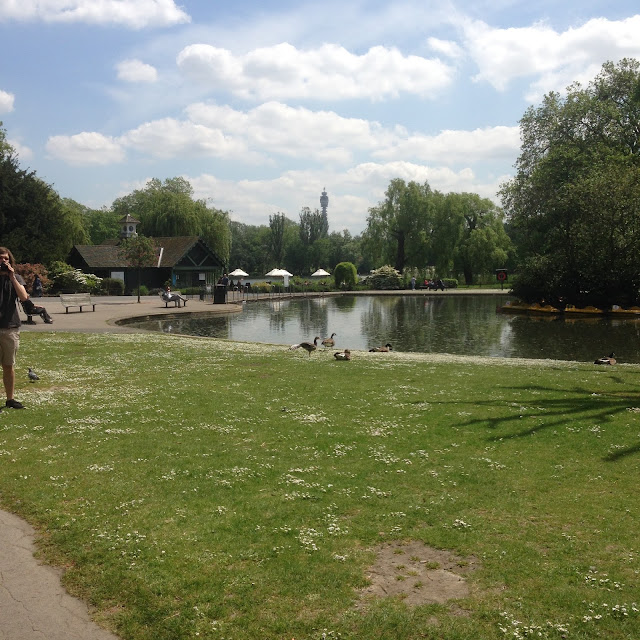 A lake in Regents Park 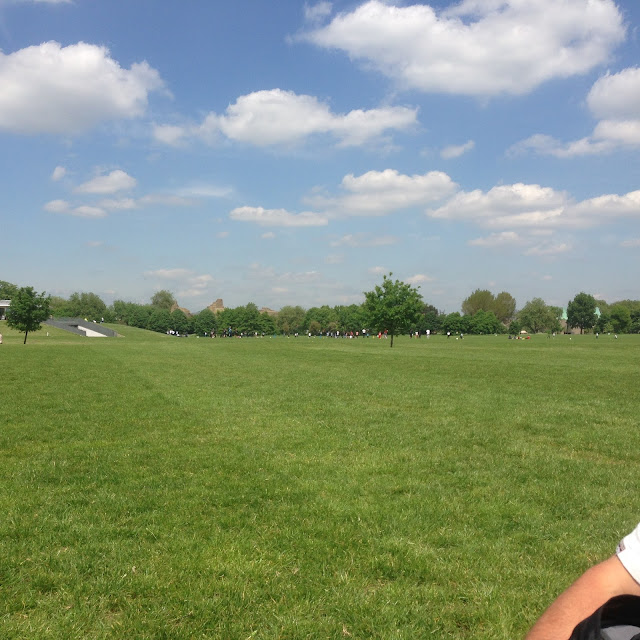 Plenty of space in this park
This morning we had a good walk to Paddington recreational ground, Kev had been told about it by a couple he had spoken to when he was walking Jaz. We wanted to give her a good walk before we went out ourselves as we haven't been leaving her much since she has had her phantom pregnancy but she seems to be getting over it now.
Once she was settled we left her and had a walk through Hyde Park and onto Park Lane and then went for a burger to the Hard Rock Cafe. 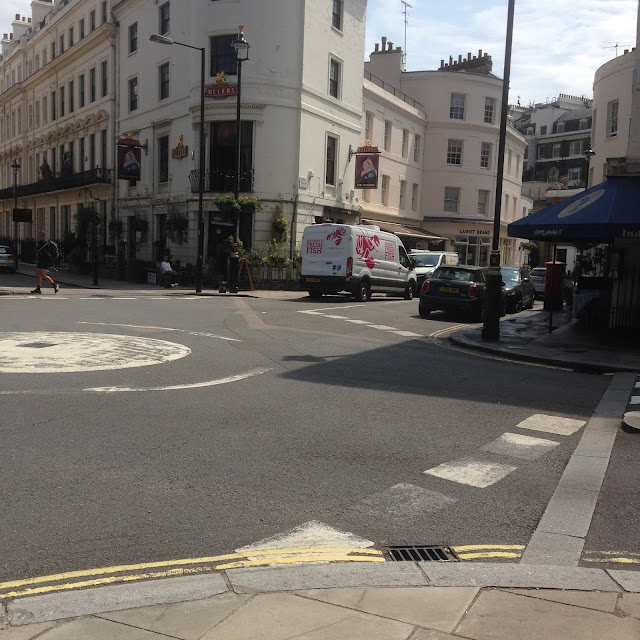 We passed The Victoria pub, not the Queen Vic!! 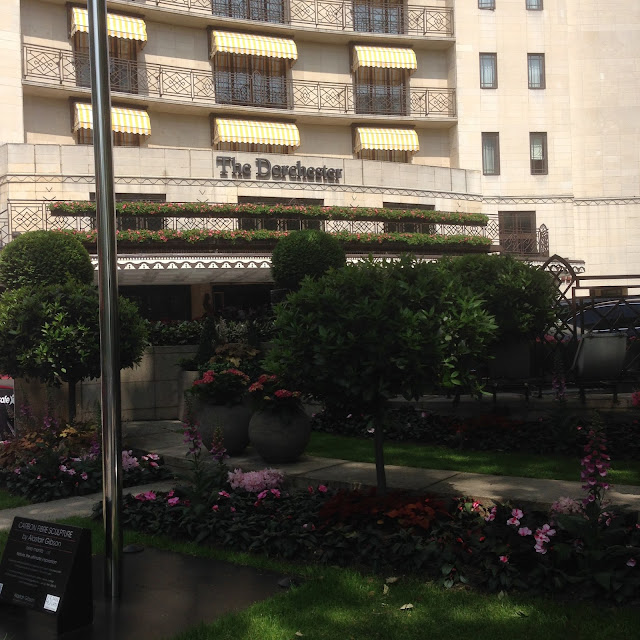 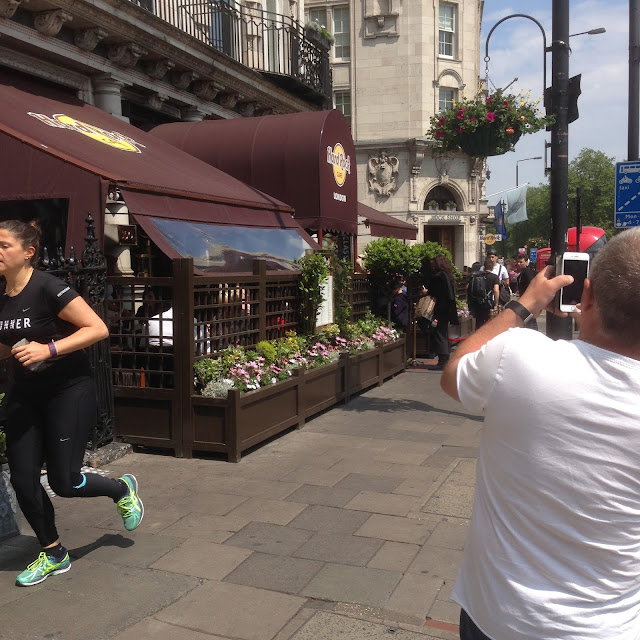 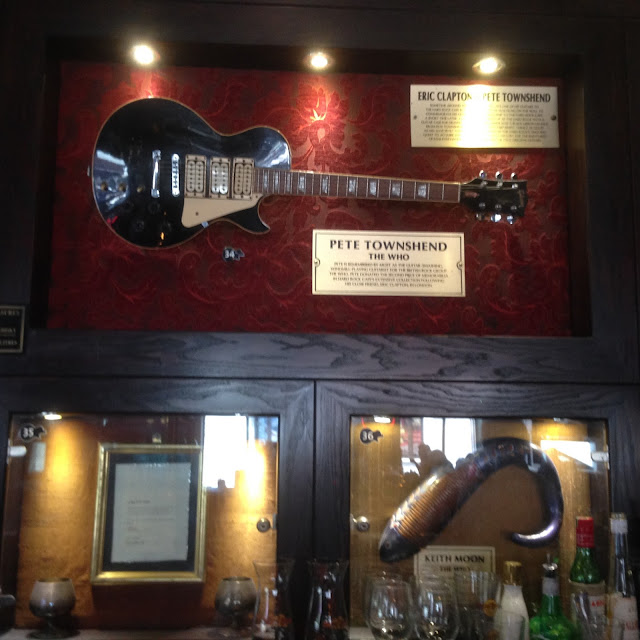 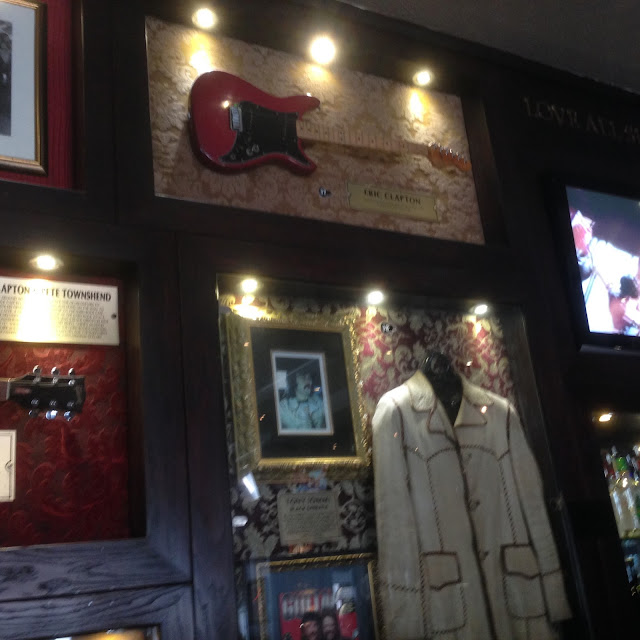 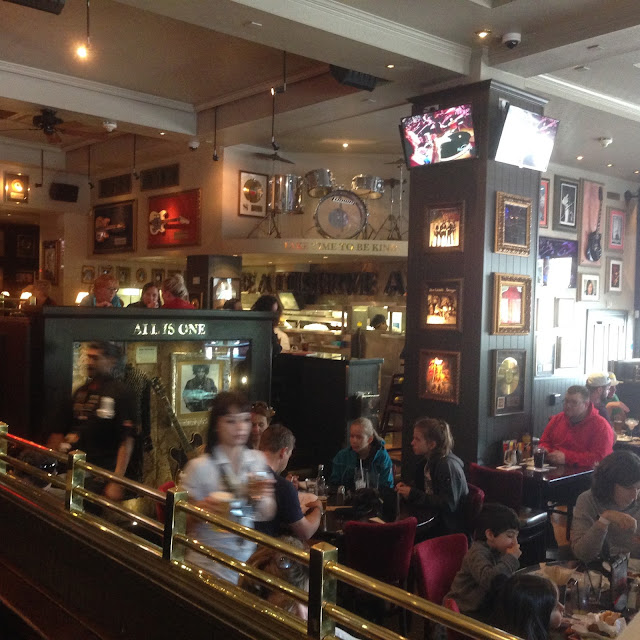 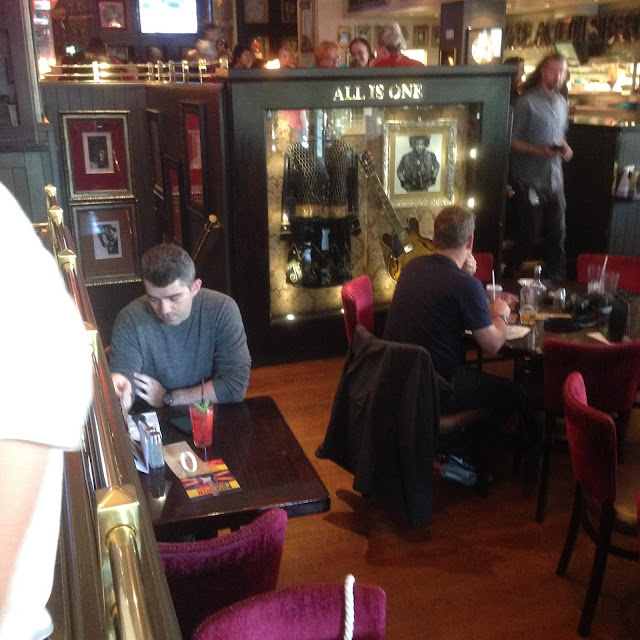 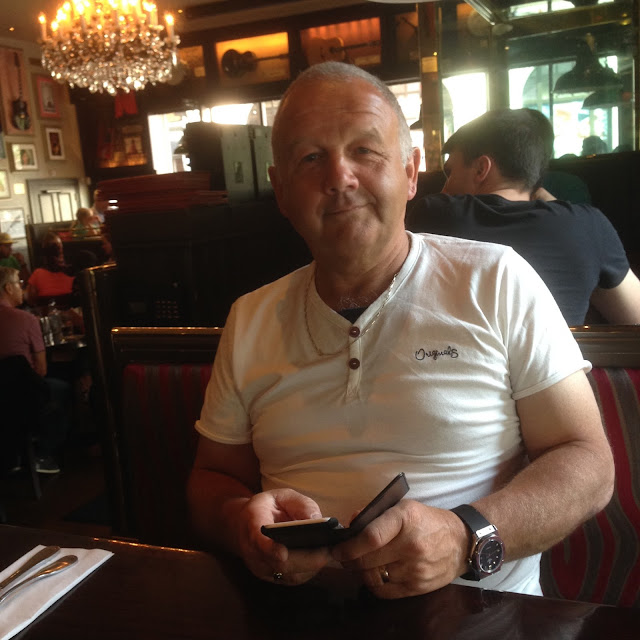 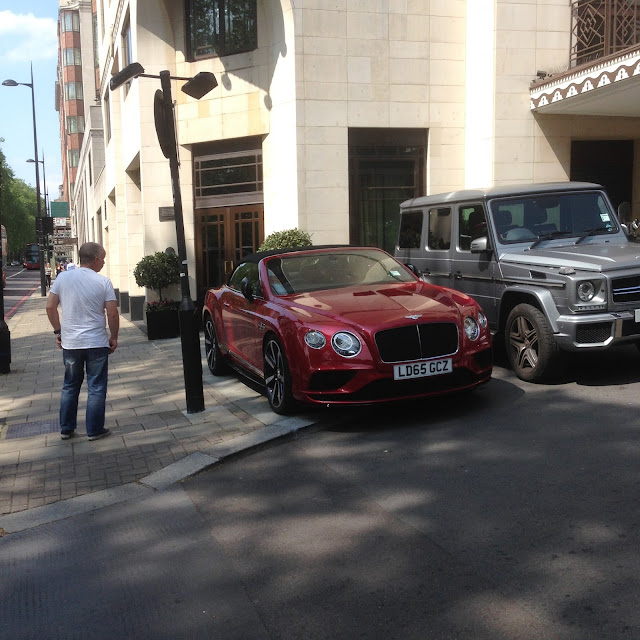 A nice motor outside the Dorchester Hotel 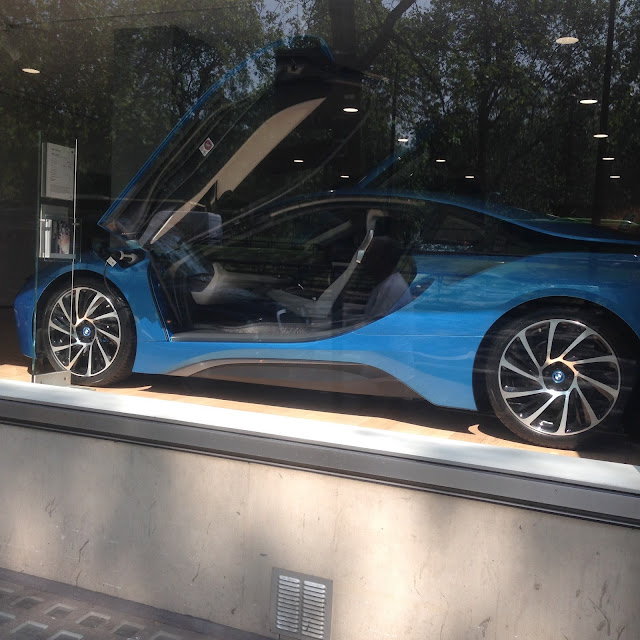 This is an all electric BMW car in their showrooms
After we had finished our food in Hard Rock Cafe we had a nice walk back to the boat where Jaz was waiting for us and ready for her walk.