We left Willington yesterday morning early as we wanted to get to Fradley to meet Pam & Terry, in fact we left just after 7am which would have been 8am if we hadn't put the clocks back one hour! It was a dull morning and quite cool mind you it is October, we decided to get through Dallow & Branston locks before stopping for a cooked breakfast close to bridge 34 near Branston water park. There were quite a few boats about  & several of them were hire boats, the only problem was that we ended up following a boat so we had to wait at each lock until they moored up after Alrewas lock. We finally got moored in Fradley opposite the water point at 2.50pm and we called Pam to let her know we were here, she was with Mags Nb Seyella so we arranged to see Pam & Terry in the Mucky Duck at 3.30pm. We stayed in there for a few beers and we ended up having something to eat before coming back to R&R for a final drink and a chat. 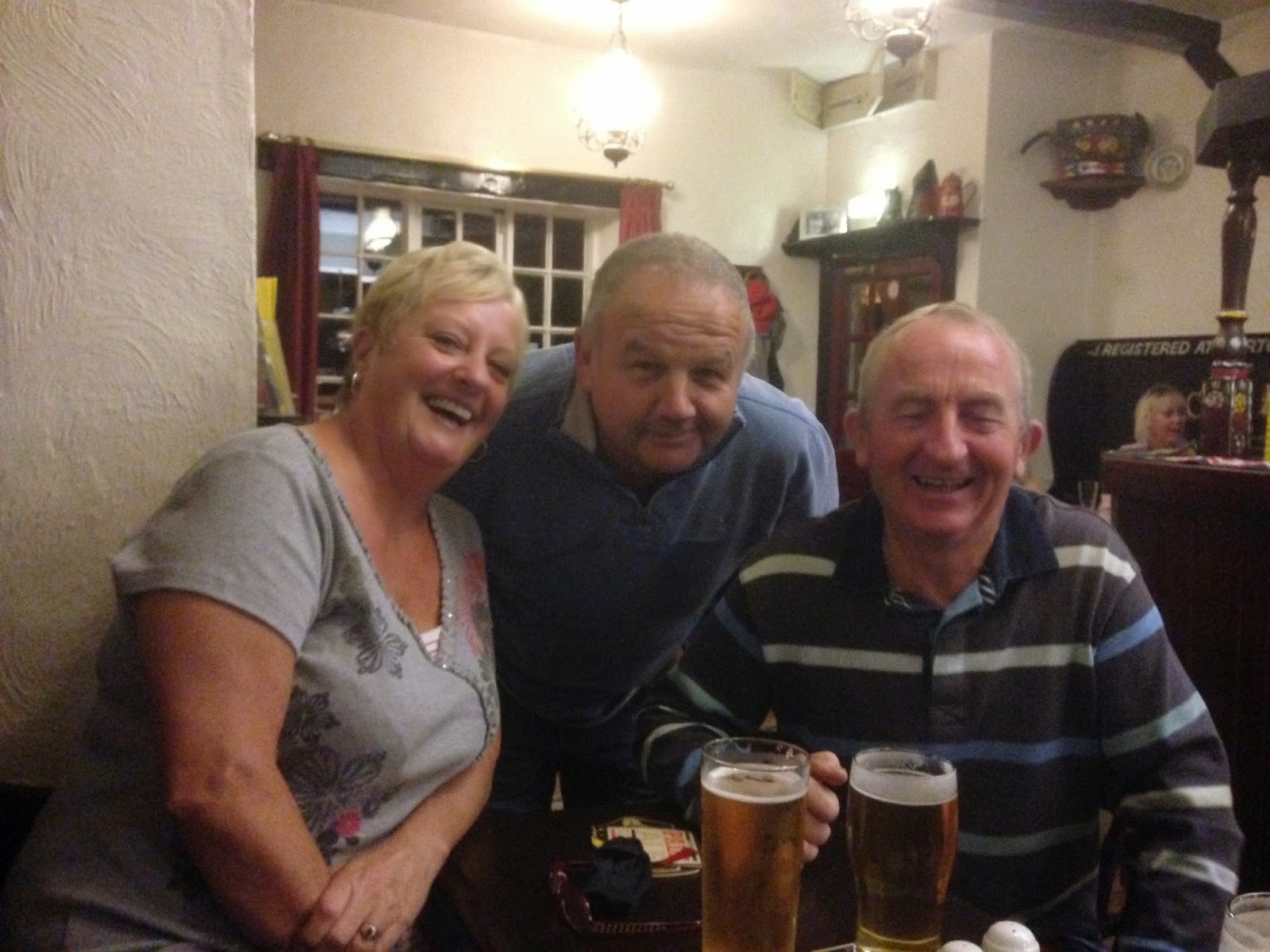 Pam, Kev & Terry
They are moored on the Coventry Canal and will be leaving this morning and so is Geoff & Mags on Seyella so Kev & I will have a walk round to see if we can catch them all before they set off.
Thanks Pam & Terry for a few laughs and see you both soon.
Posted by Unknown at 00:25