Onto the South Oxford canal

Sunday 1st July
On Thursday afternoon we took Jaz for walk across the fields to Brinklow and had a couple of beers sat outside the Raven pub, we were under a brolly so it was cool for Jaz and we had taken water & a bowl with us for her. We have passed All Oaks Wood many times but never moored there and we have never been into Brinklow.
On Friday morning we were away just after 7.20 am while it was cool, when we got to the moorings at Brownsover we moored and went to Tesco for some shopping and when we returned Kev moved the boat across to the water point while I unpacked the shopping. Once we were full again with water we were on our way to Hillmorton locks and there was a lockie on at the first lock, we wanted to get rid of some rubbish and the lockie kindly let us stay in the lock while Kev popped over to the bins, he filled the lock slowly for us. We didn't keep any other boater waiting as there wasn't a queue, it is always difficult to empty cassettes & rubbish here as there isn't any moorings to tie up to while you do it so I usually end up holding the centre line while Kev takes the cassette & rubbish!!
Anyway we were soon up and through the set of 3 locks at Hillmorton and travelled on to Braunston where we turned right onto the South Oxford canal and moored  for the day further along. 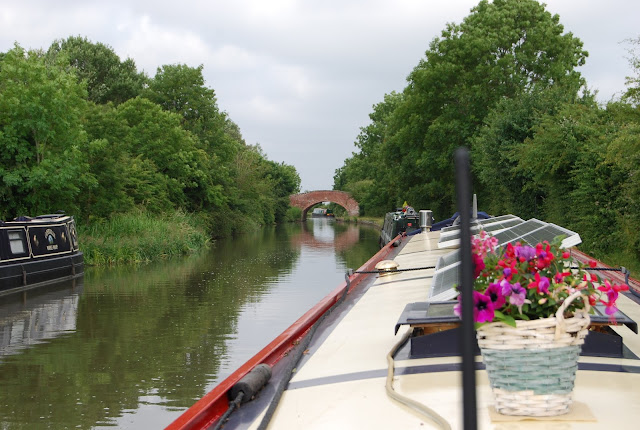 Moored on the South Oxford canal.
On Saturday we left about 8am and made our way to Napton where we managed to get moored ok on the visitor moorings. There was a Folk festival at the Folly pub, it was the last day of the festival and it was its tenth year of holding it there, apparently some of the money raised was going to various charities, we could hear the music at our mooring, we had a walk with Jaz in the evening to the Folly, folk music isn't our cup of tea but there were plenty of people there and so there was a good atmosphere.
This morning I walked with Jaz up to the bottom lock while Kev followed on the boat. 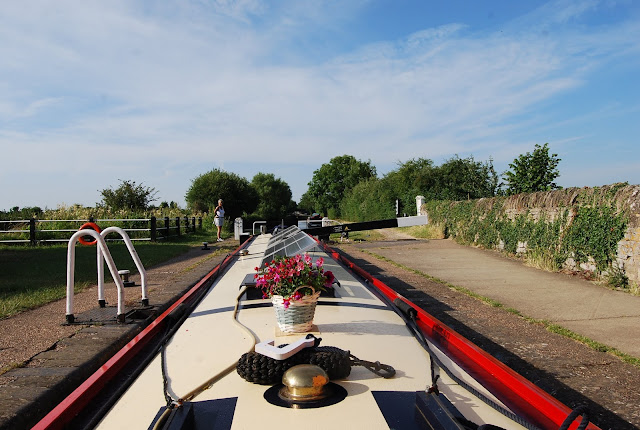 Waiting for the lock to fill 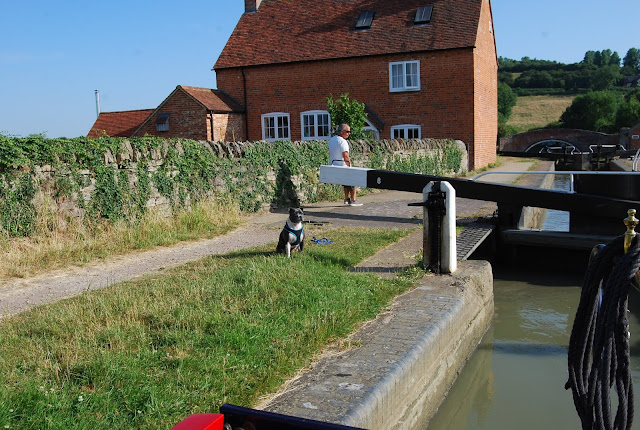 We changed places at the first lock. 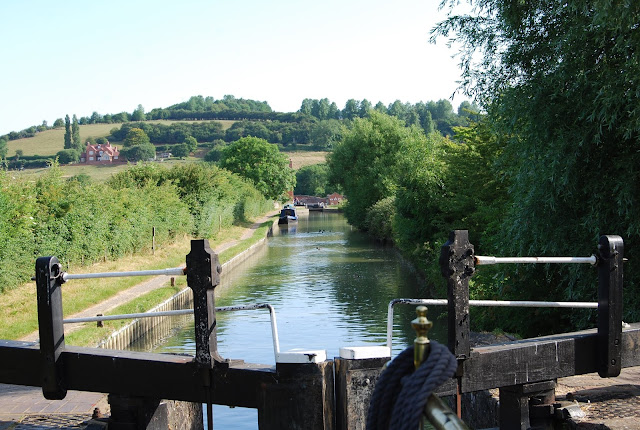 Up in the 2nd lock.
While I was in the 2nd lock a man walking down the towpath told Kev that after the 3rd lock the pound was very low, when we were up in the 3rd lock we changed places and Kev got on the boat and I went to the next lock to let water down as Kev couldn't get over the cill on the 3rd lock. Once there was some water in the pound Kev was able to exit the 3rd lock. There was a boat coming down from the 4th  lock so I filled it for him and that let a bit more down for Kev. By now there were a few boats on the move so it wasn't long before we were up the flight. 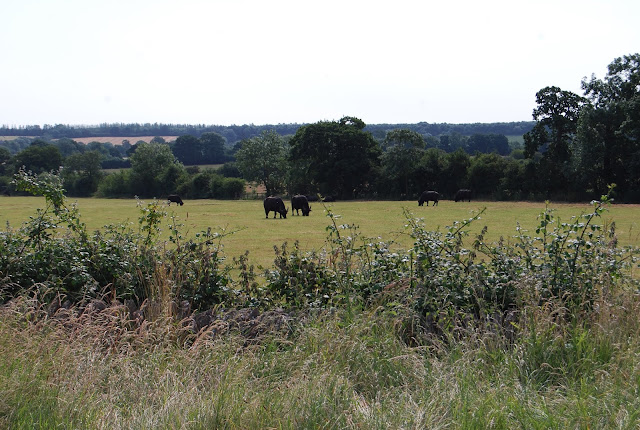 Water Buffalo!
There are 3 fields full of these water buffalo, a man was telling me that the farm shop that sells water buffalo burgers also sell cheese but apparently it is Italian cheese as they aren't allowed to sell the cheese from the buffalo so they export it all!! Crazy!! 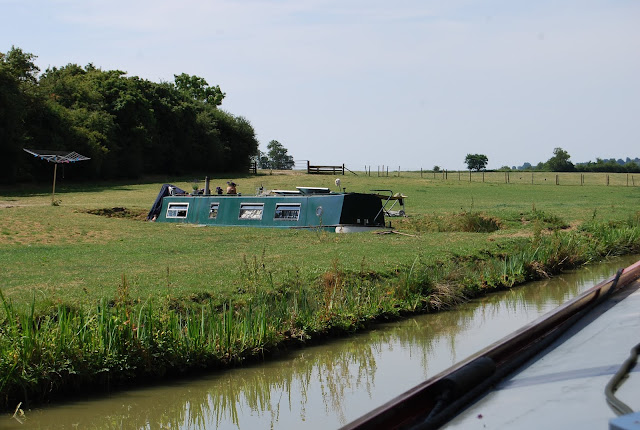 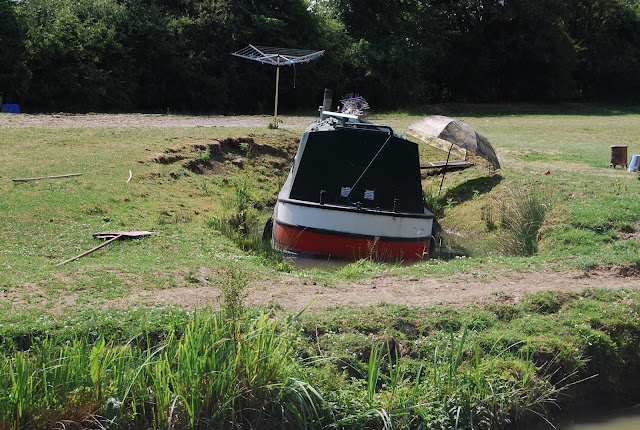 Whats that all about then! 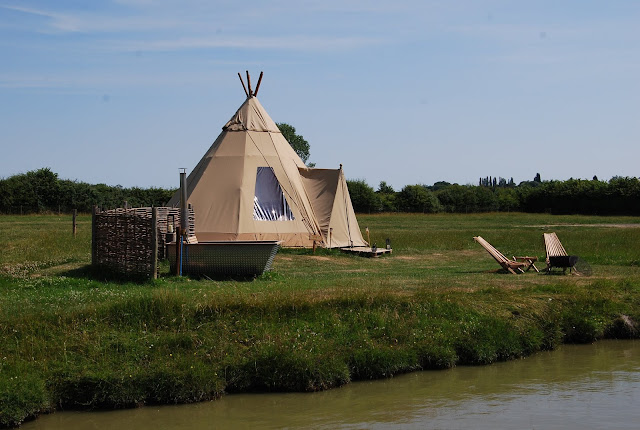 Strange residence.
It was getting warmer and warmer but there was a nice breeze at times, we passed through Fenny Compton where the moorings were full, not that we wanted to moor there but it was quite busy too with boats on the move travelling in both directions. We travelled on until we arrived at the moorings at bridge 144 before Claydon top lock, we will stay here until the morning, so out with the bbq shortly!