Friday 19th September
We have been busy the last few weeks, as we were in the process of buying a cottage in Burton Pidsea a village a few miles from our present village of Roos, we hope to live in it in the winter months as now Kev has retired but may work in the winter time doing a coaching job offshore. He will be going up to Scotland on Tuesday for training. We also decided to get the estate agent round to our present home & we will have it on the market next Friday.
Kev's friend Nigel has a permanent mooring in Chapel Farm marina in Shardlow & we now have one there from 26th September so we have given our notice to Barton Turns marina. We left home just after 2pm today as we had Derek the estate agent coming to get photos taken of the house inside & out. We went to pick Nigel up from the marina at Shardlow then carried on to Barton Turns & once we had unloaded everything from the car onto the boat Nigel left in our car and drove it back to the marina at Shardlow as we would be leaving Barton Turns in the morning and would be heading for Shardlow.

Saturday 20th September
Last night we had a walk over to the Waterfront pub on the marina and had a couple of pints and there was a band on, they were ok but nothing special. This morning we were ready to leave Barton Turns just after 8am and we never saw any boats on the move for a couple of hours! Then there were plenty of boats on the move we decided to stop for a bite to eat and moored just before the lock landings at Stenson Lock and as we were ready to leave for the lock a boat passed us heading for the locks we were able to share the lock with them! They were only going as far as Swarkestone where they were going to turn round so we carried on down the lock there on our own and not far from Weston lock we saw Nigel walking towards us on the towpath and we pulled over so he could jump aboard and he stayed with us until we got to Shardlow and moored close to the New Inn Pub at 5.30pm. 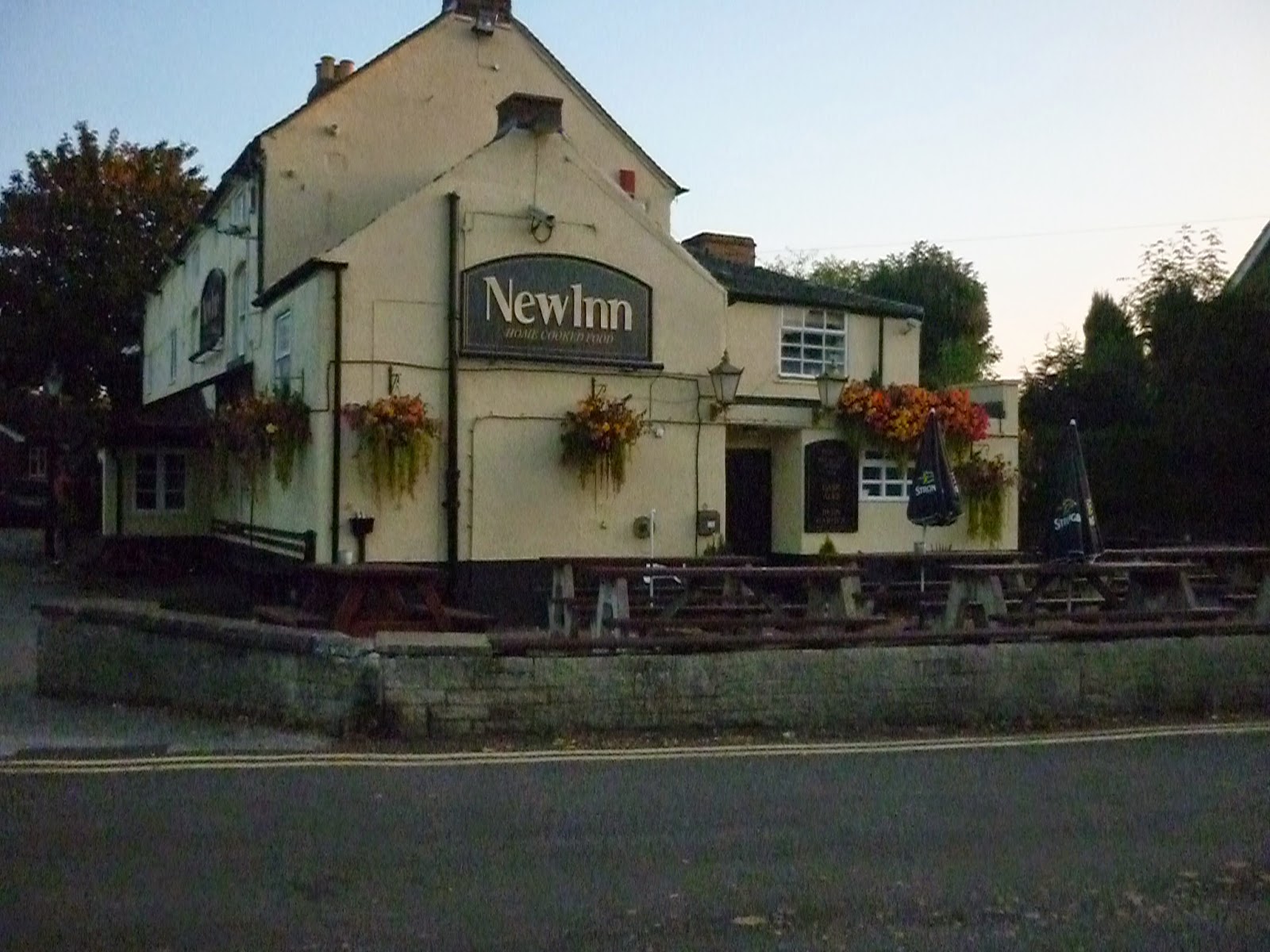 Once we were moored Nigel went back to his boat on his marina and we got ready to pop across to The New Inn for a bite to eat which was very nice and then Nigel came back to meet us in the pub for a drink and then we all went back on board R&R where Kev & Nigel had some cheese & crackers with a couple of glasses of wine.

Sunday 21st September
This morning we sent Nigel a text message to let him know we were leaving about 8.30pm so that he could leave his marina and meet us at the locks heading to the river Trent, it was a lovely morning and the sun was out and was a lot better than all the cloudy days we had been getting at home. 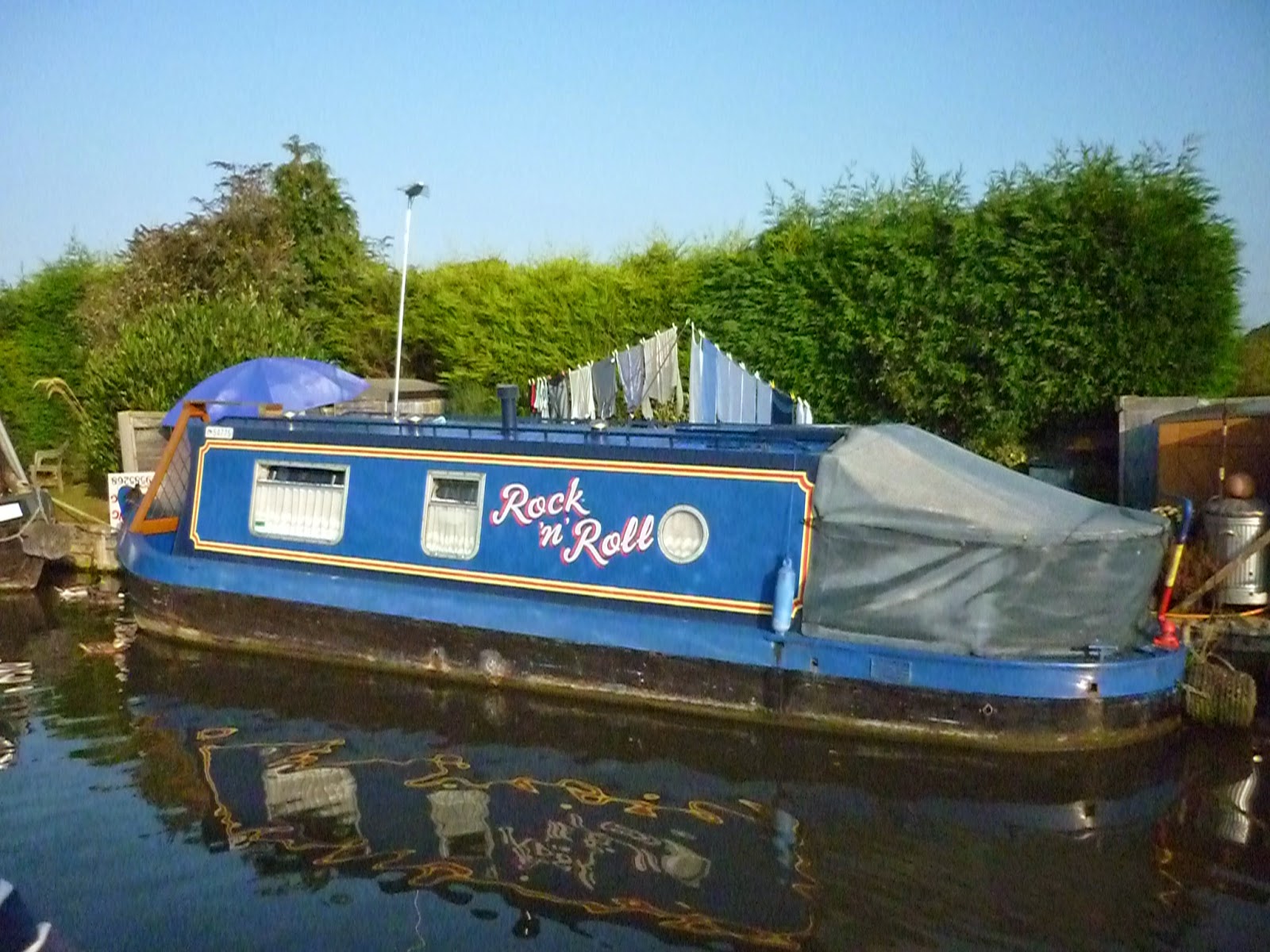 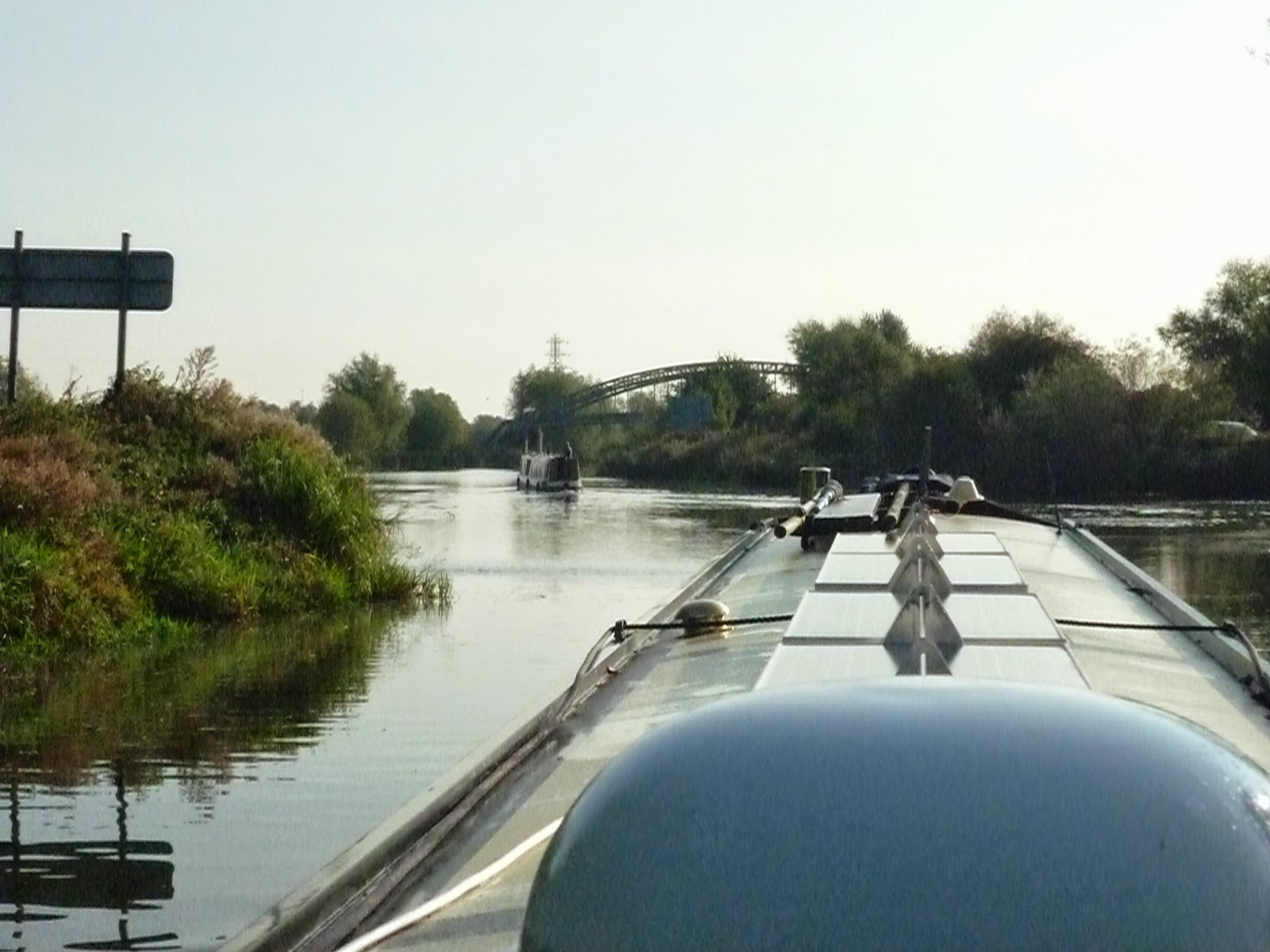 Following Nigel on the river Trent 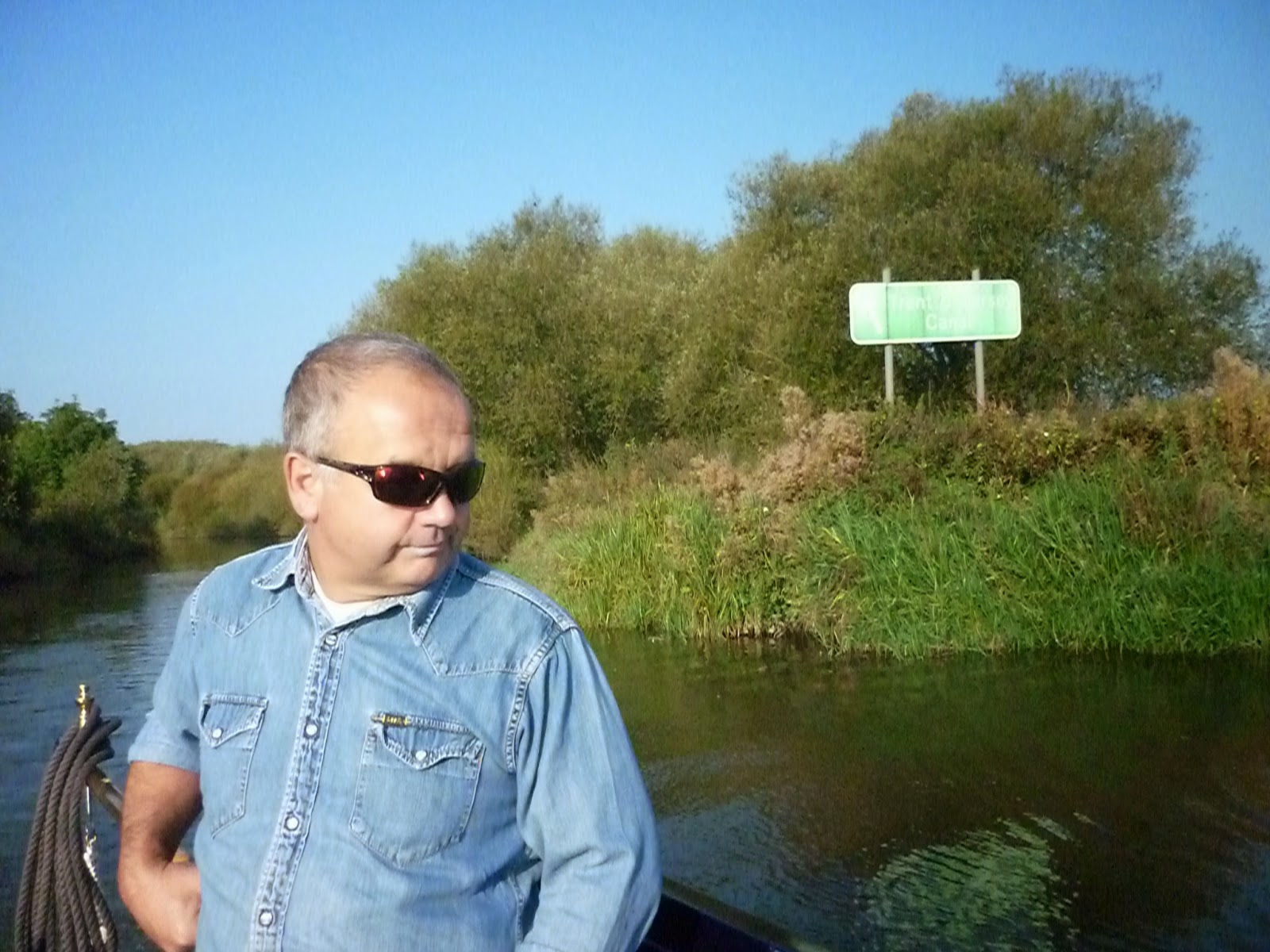 look Kev needs his sunglasses on 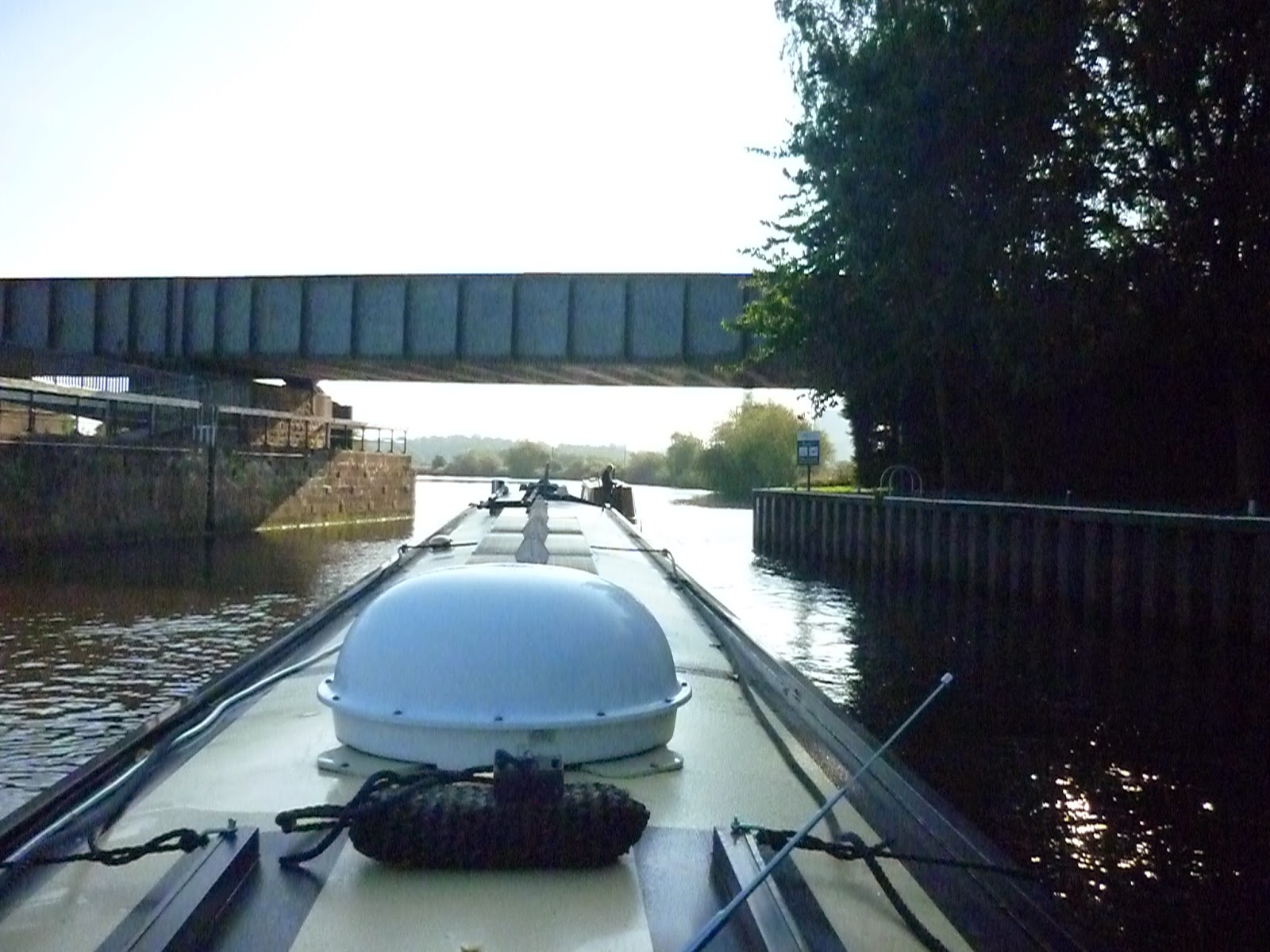 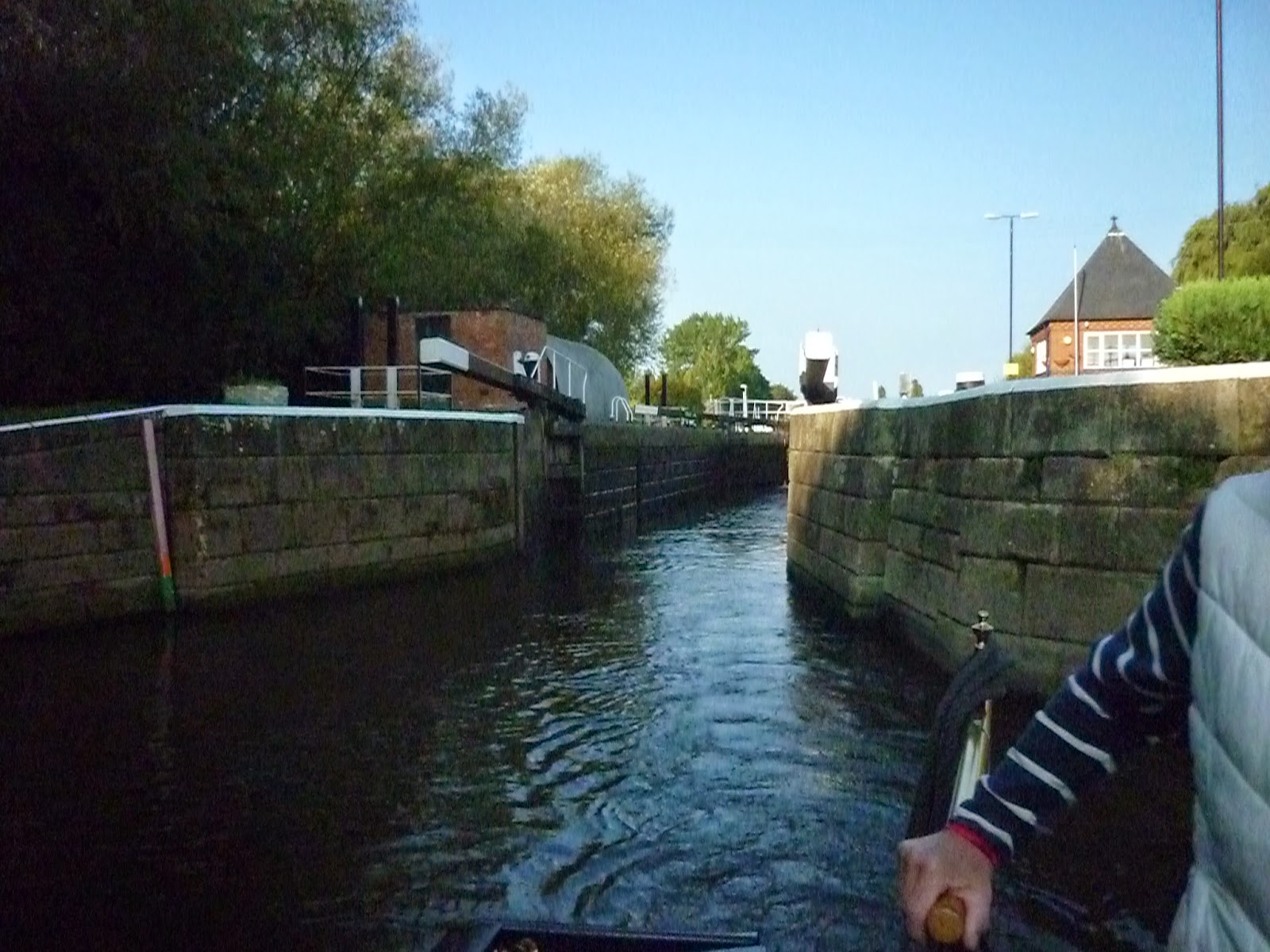 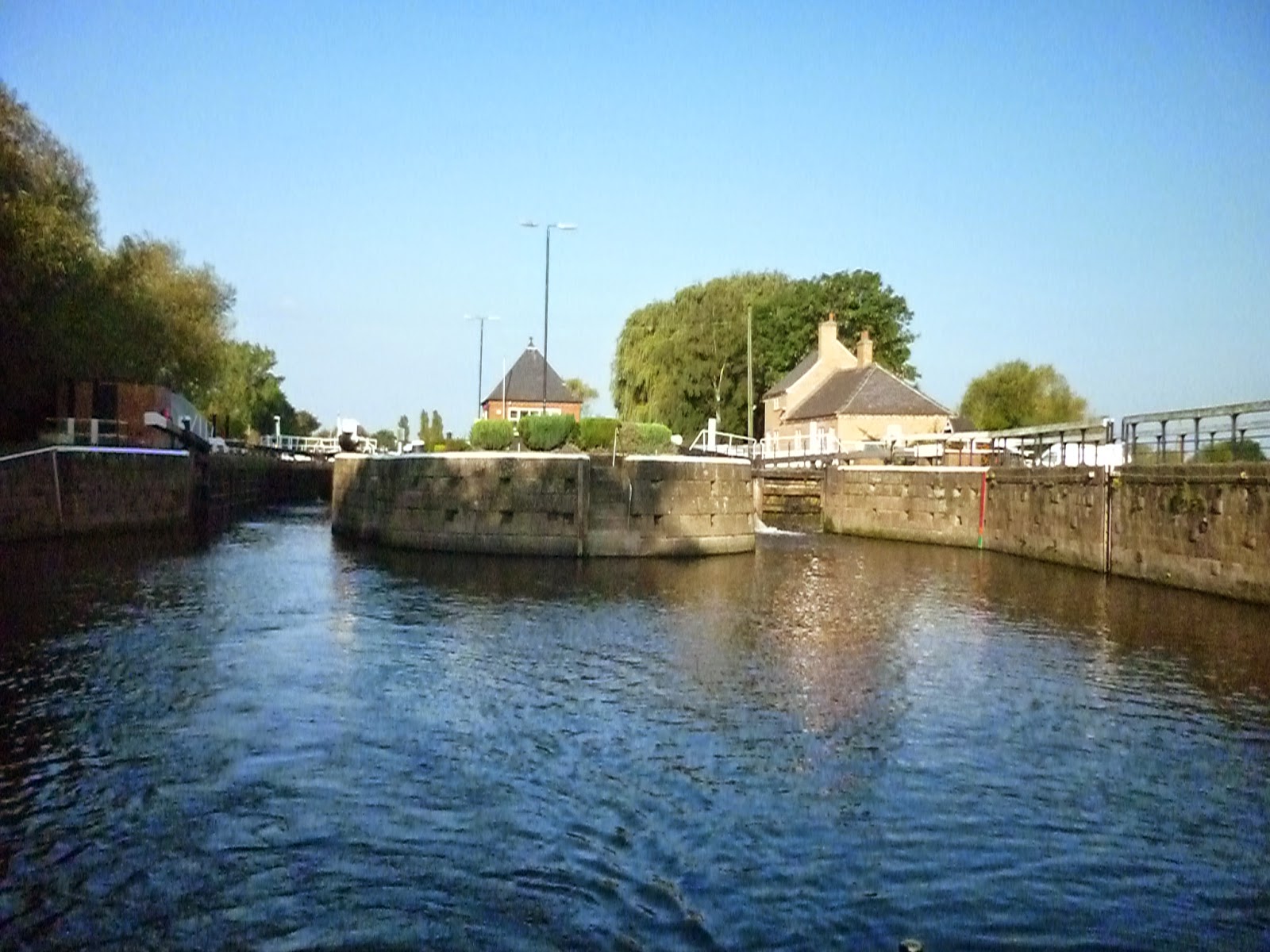 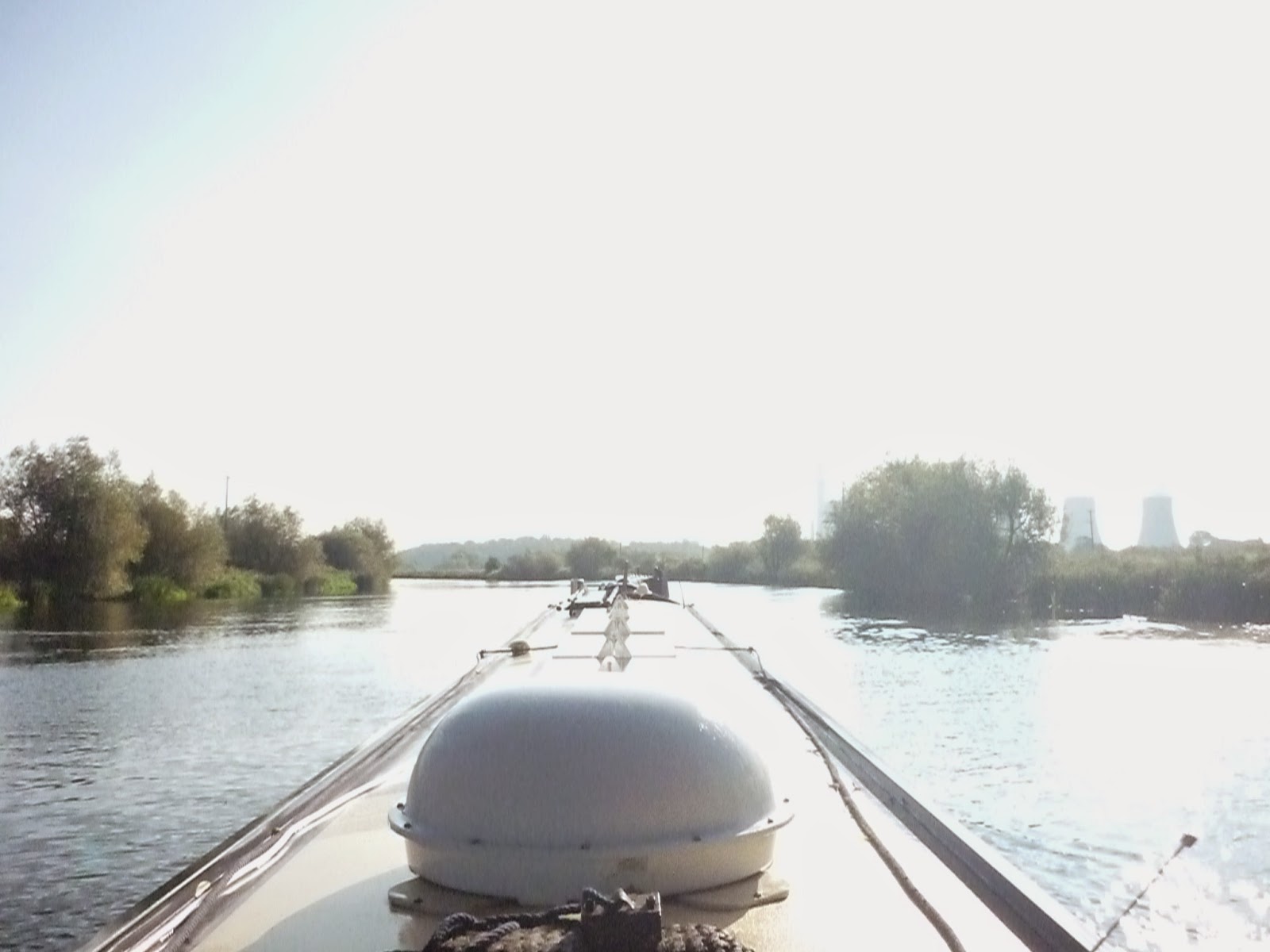 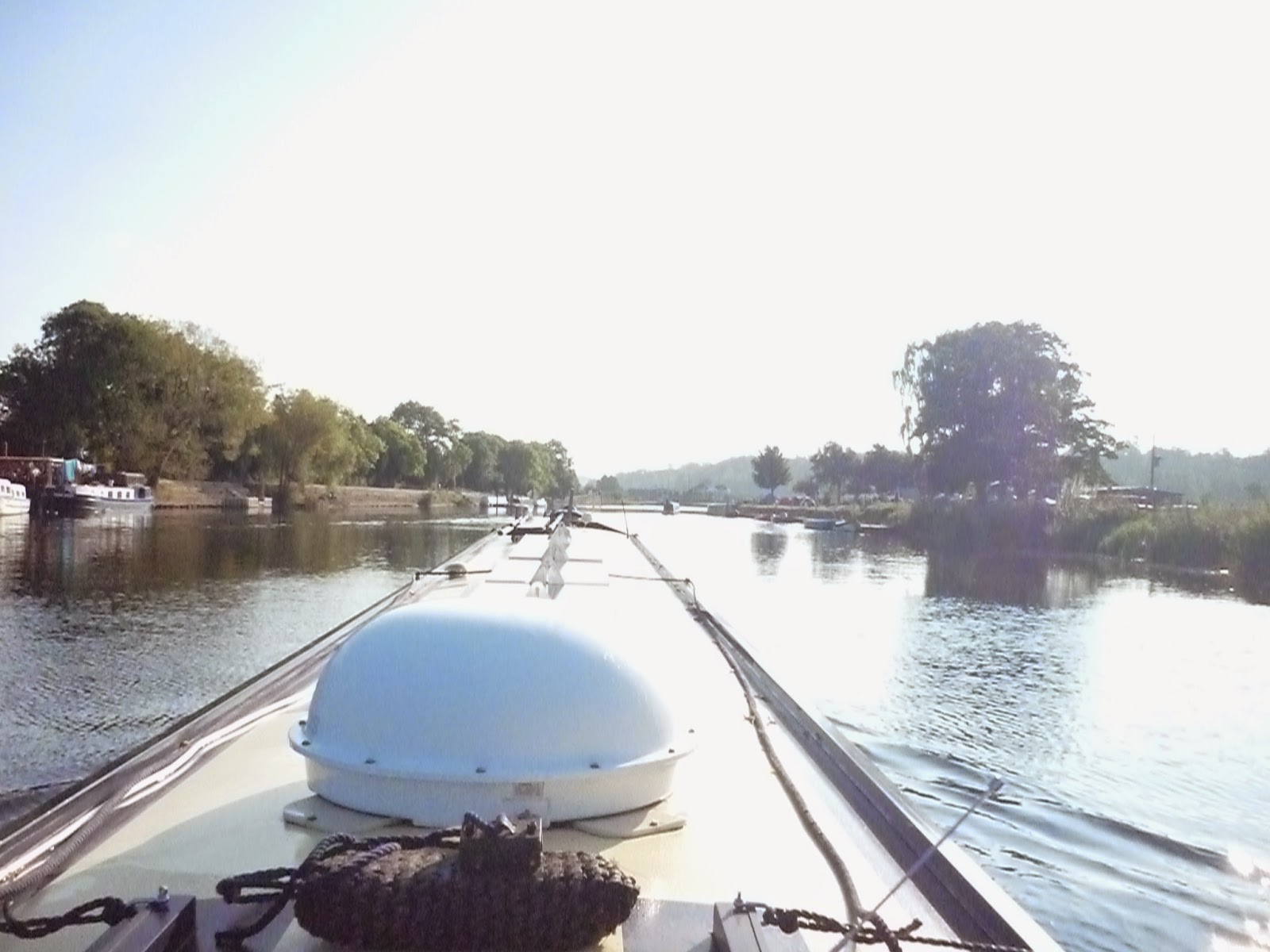 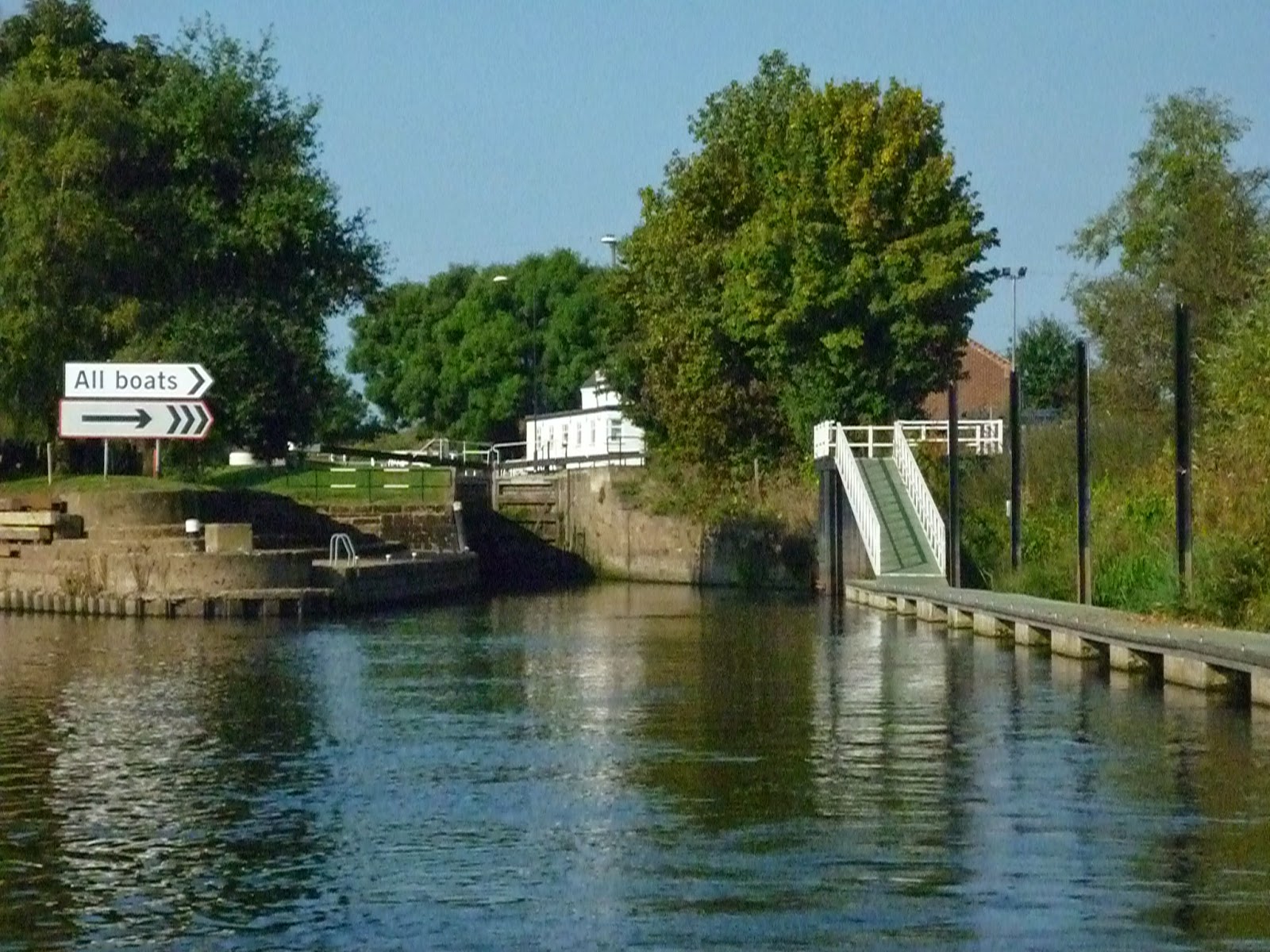 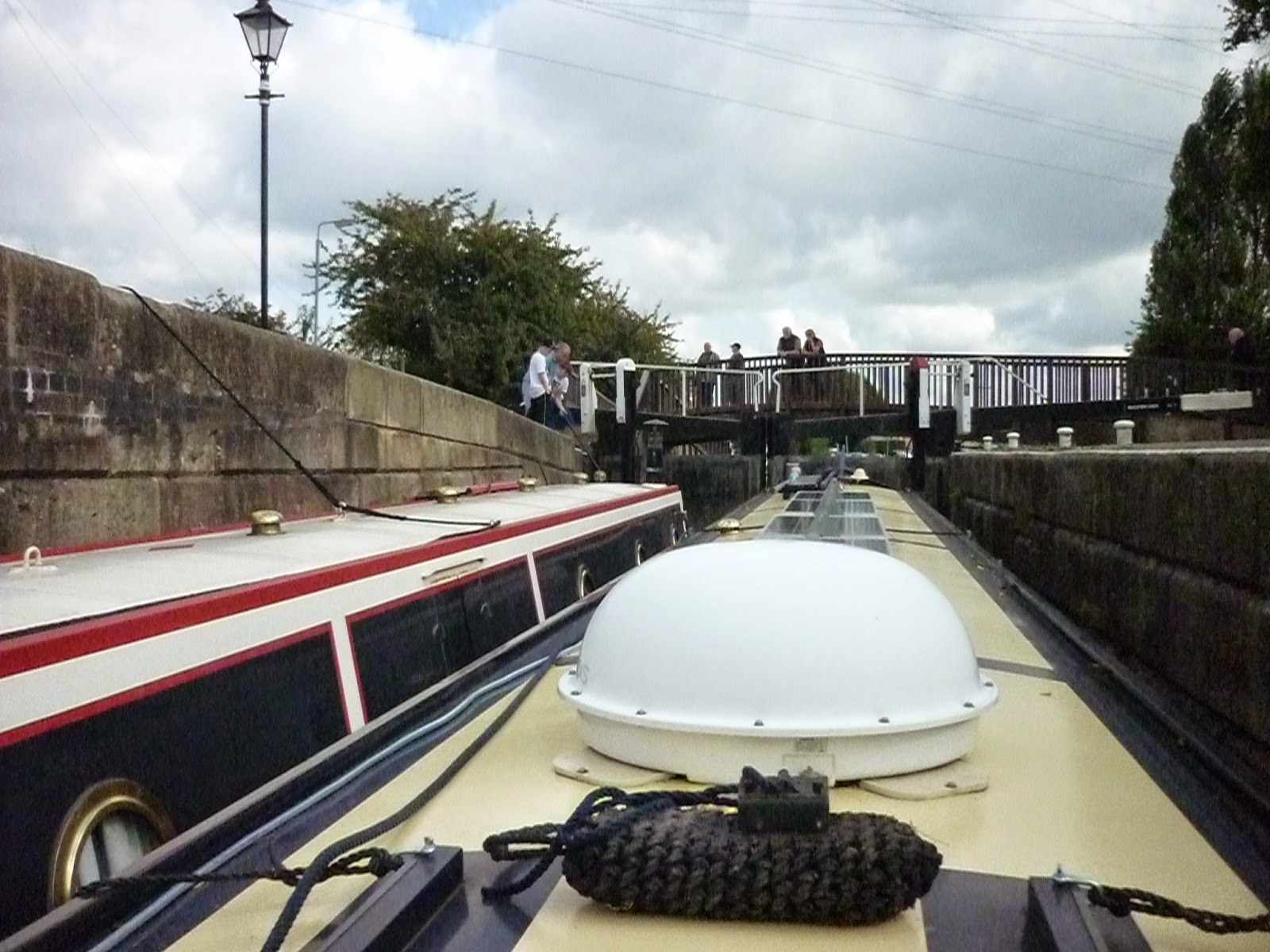 Here we are in Beeston Lock were Kev & Nigel emptied the loos as there wasn't any boats waiting to go up or down the locks. 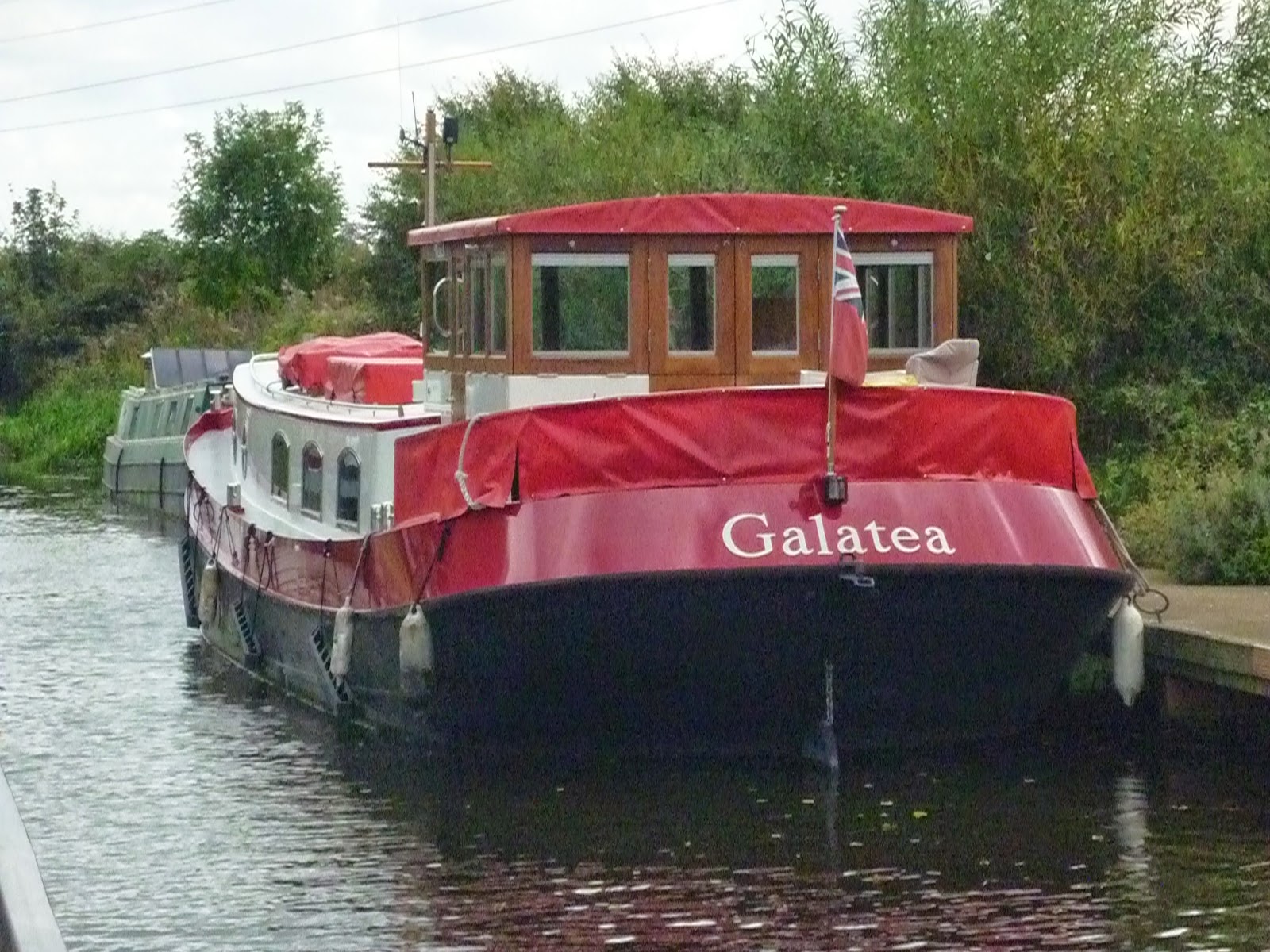 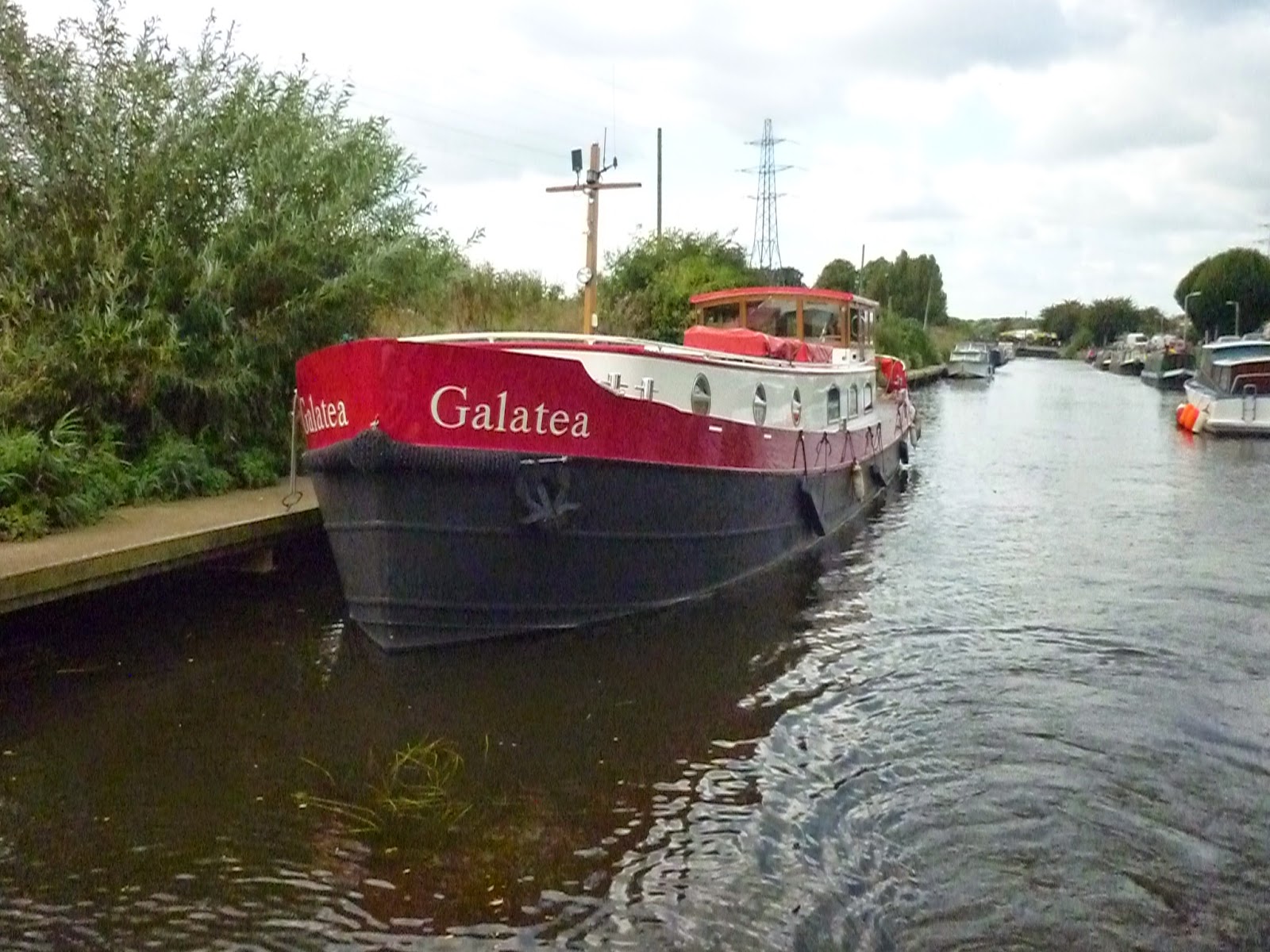 We then passed Galetea  moored not far from the lock a lovely boat! 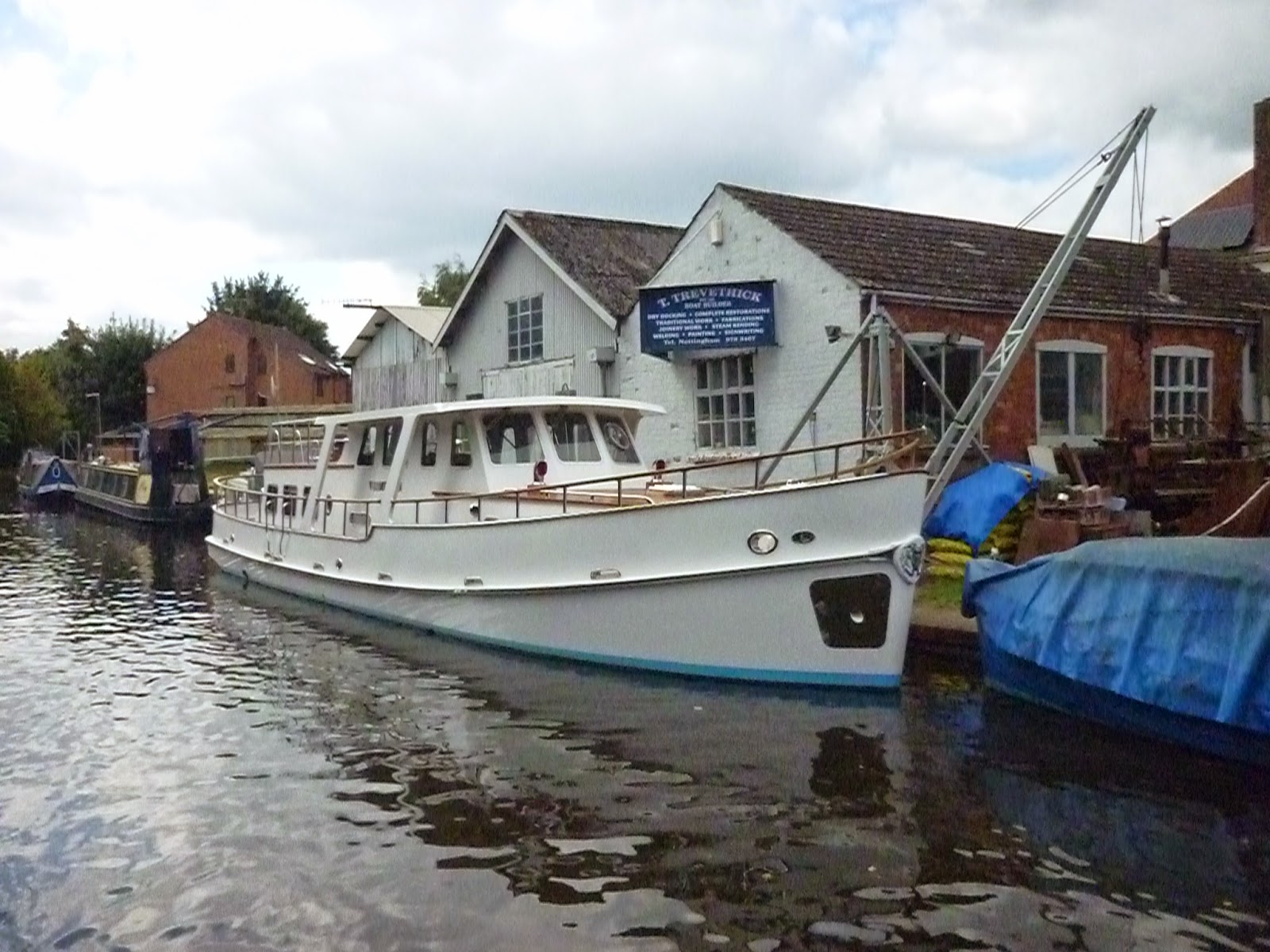 This boat was moored at a boatyard & was a real beauty

We are now moored in Nottingham just beyond Nottingham Castle marina, Kev will catch the train on Tuesday to Edinburgh and Nigel will stay moored here with me while Kev returns on Wednesday.