Nigel left this morning heading back to Shardlow and Kev left to catch his train to Edinburgh at 7.45am. I popped Buster for a walk and went to Sainsbury's for some shopping when I got back to the boat I had a nice cuppa and a doughnut and then had a walk to Nottingham castle.
I was expecting to see a Medievel castle but that had been destroyed and there was a mansion built above the old walls and there were man made caves that they did tours round but unfortunately not today! 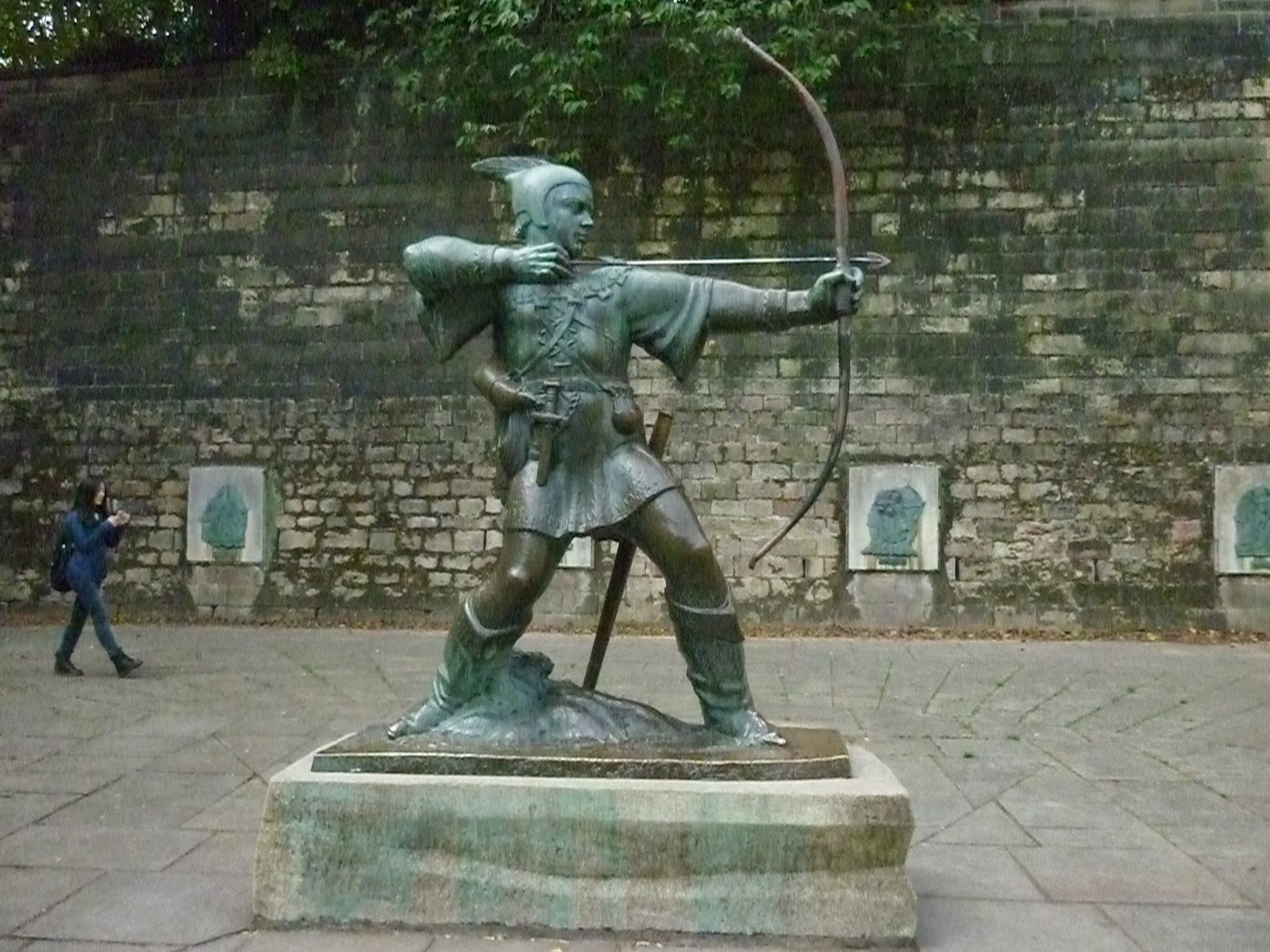 The statue above is outside the castle This one is in the grounds 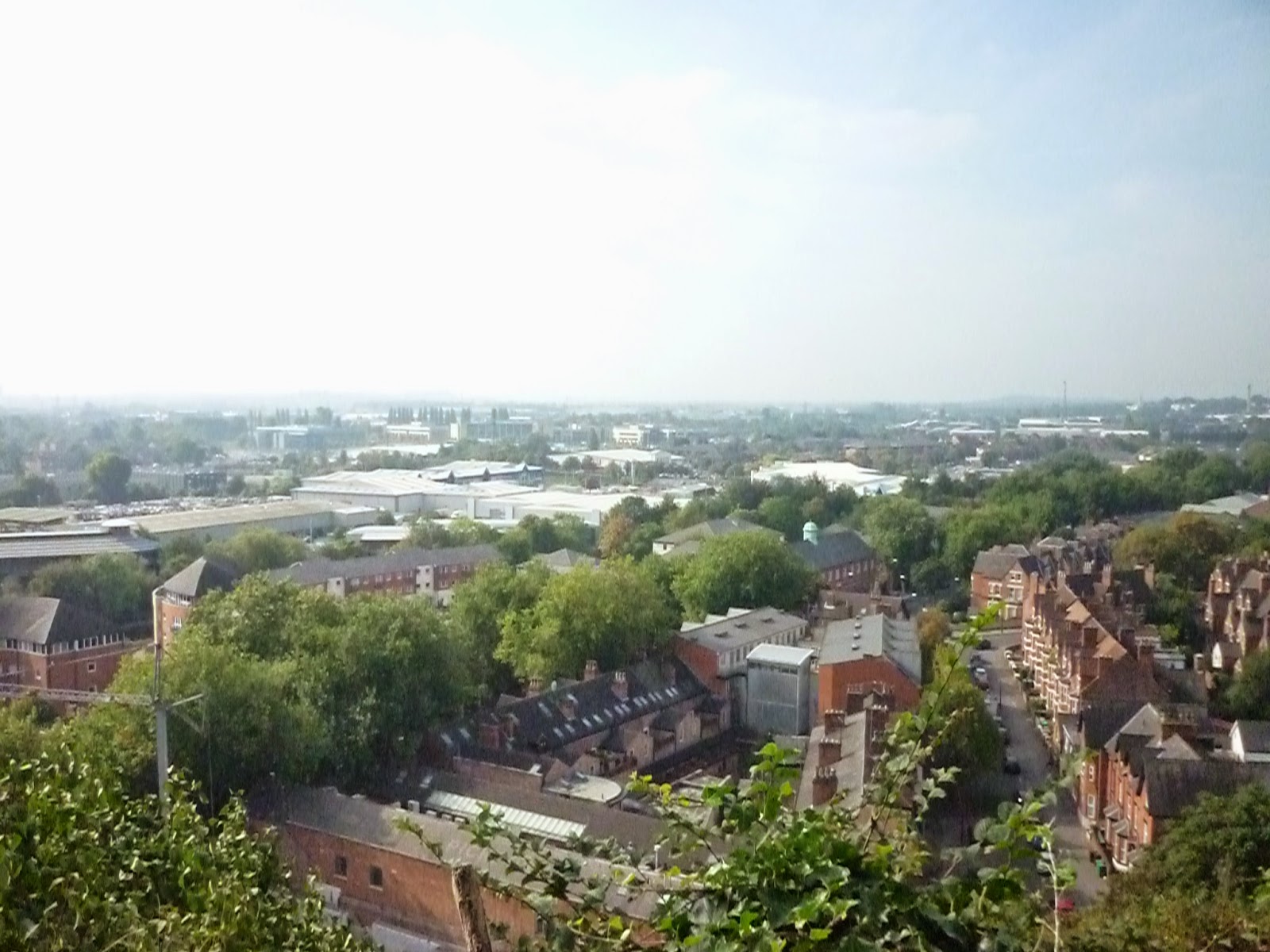 Good views from the castle 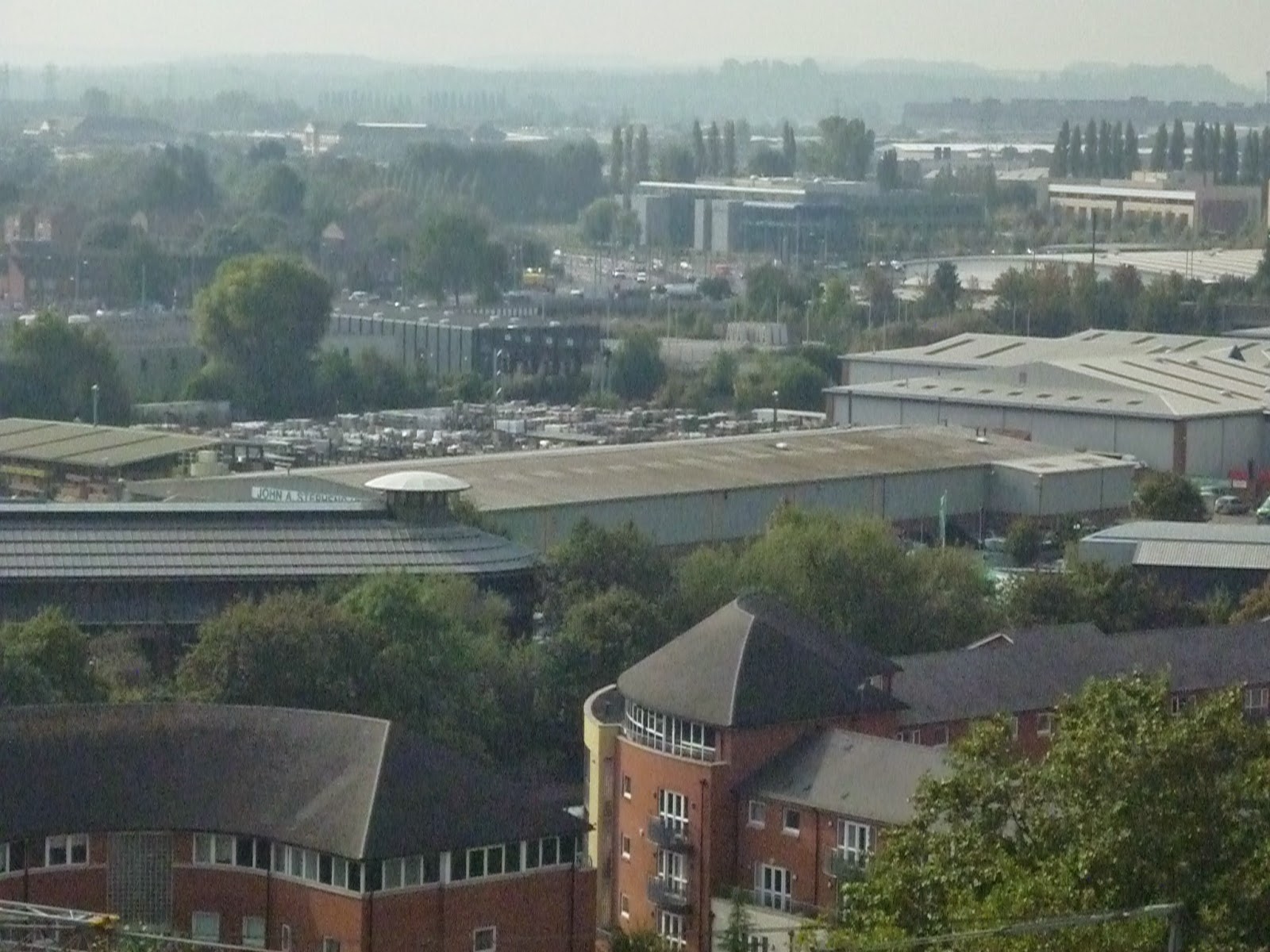 The canal is where the line of trees are 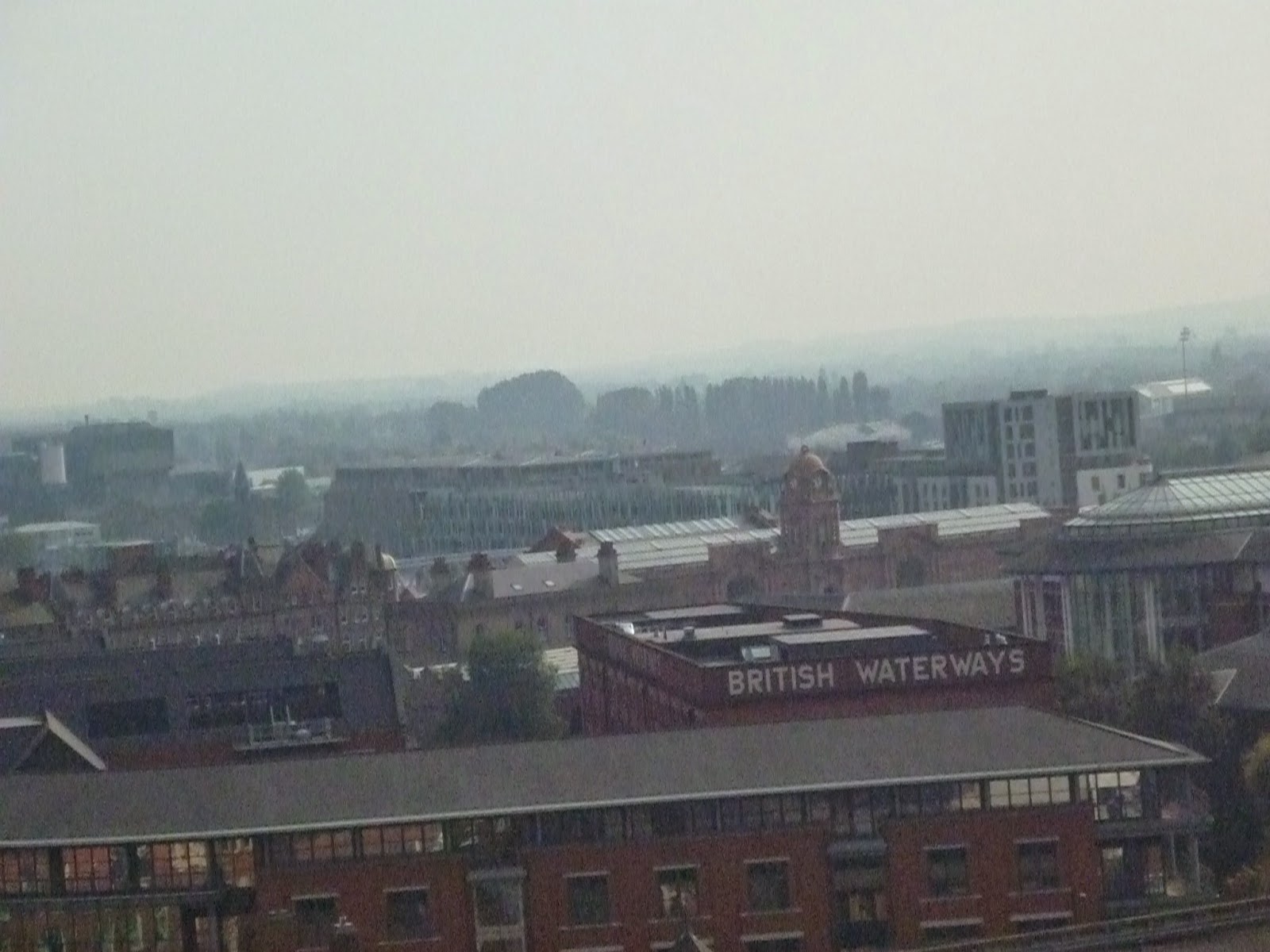 And there is the old BW building
When I was walking back on the towpath towards R&R there were some men at the bow of the boat and one had a fishing net and when I got to the boat they said one of them had lost his mobile phone in the canal! He was only wearing his skiddies and said he had been in the canal to feel about for his phone but no luck.They all tried and tried and couldn't find it and then they went off and then returned half an hour later and the man who's phone it was had a snorkel! 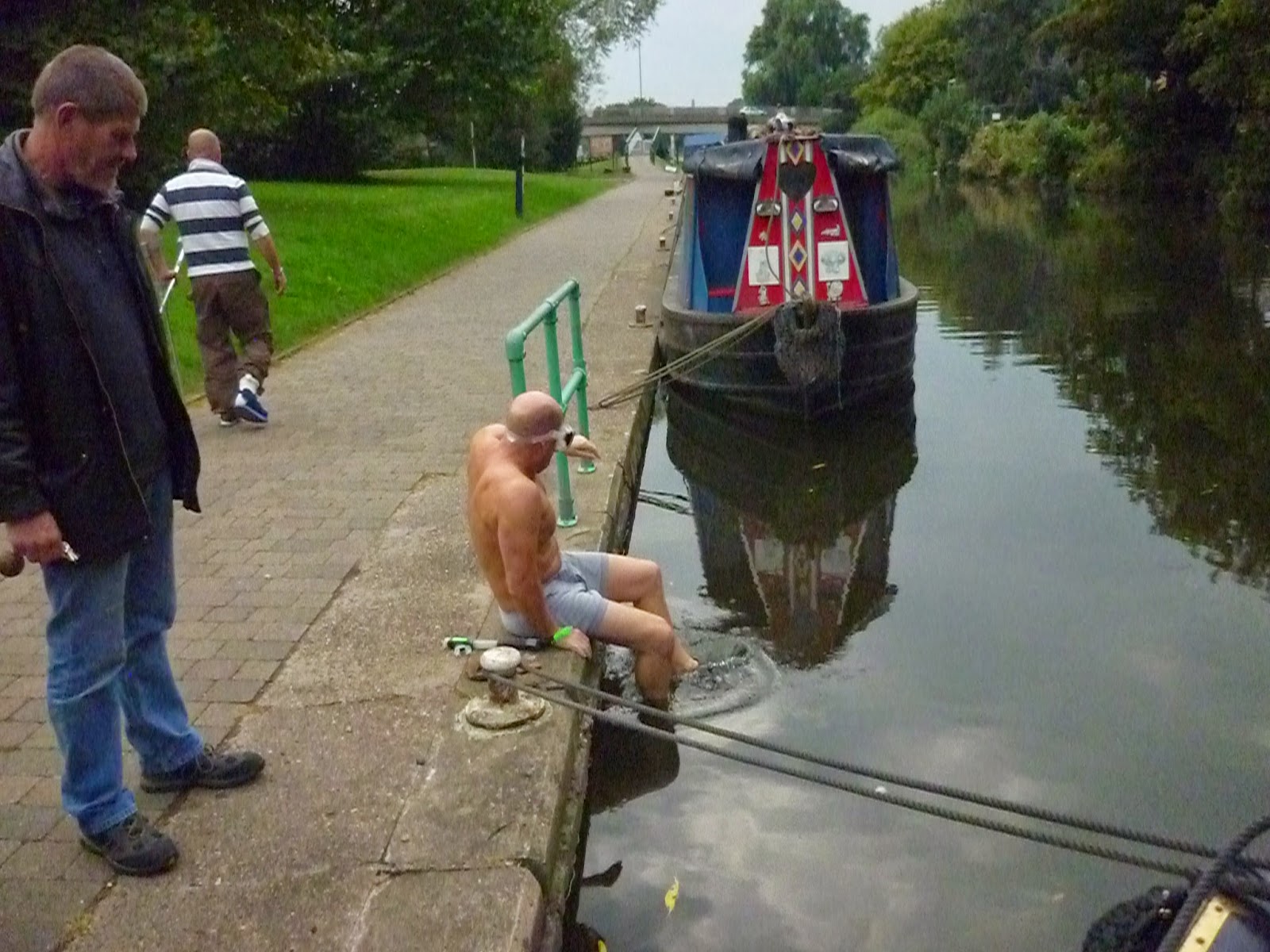 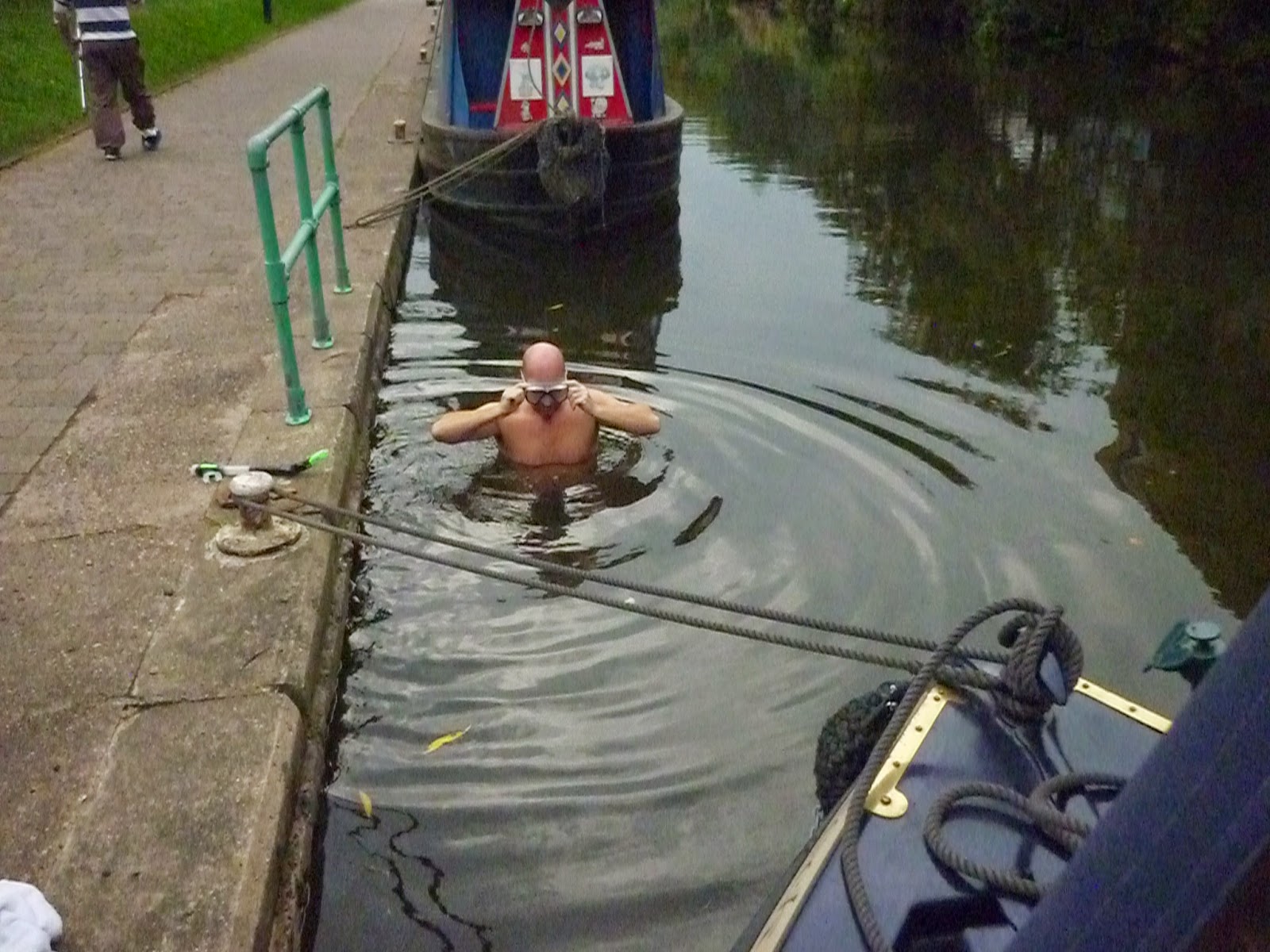 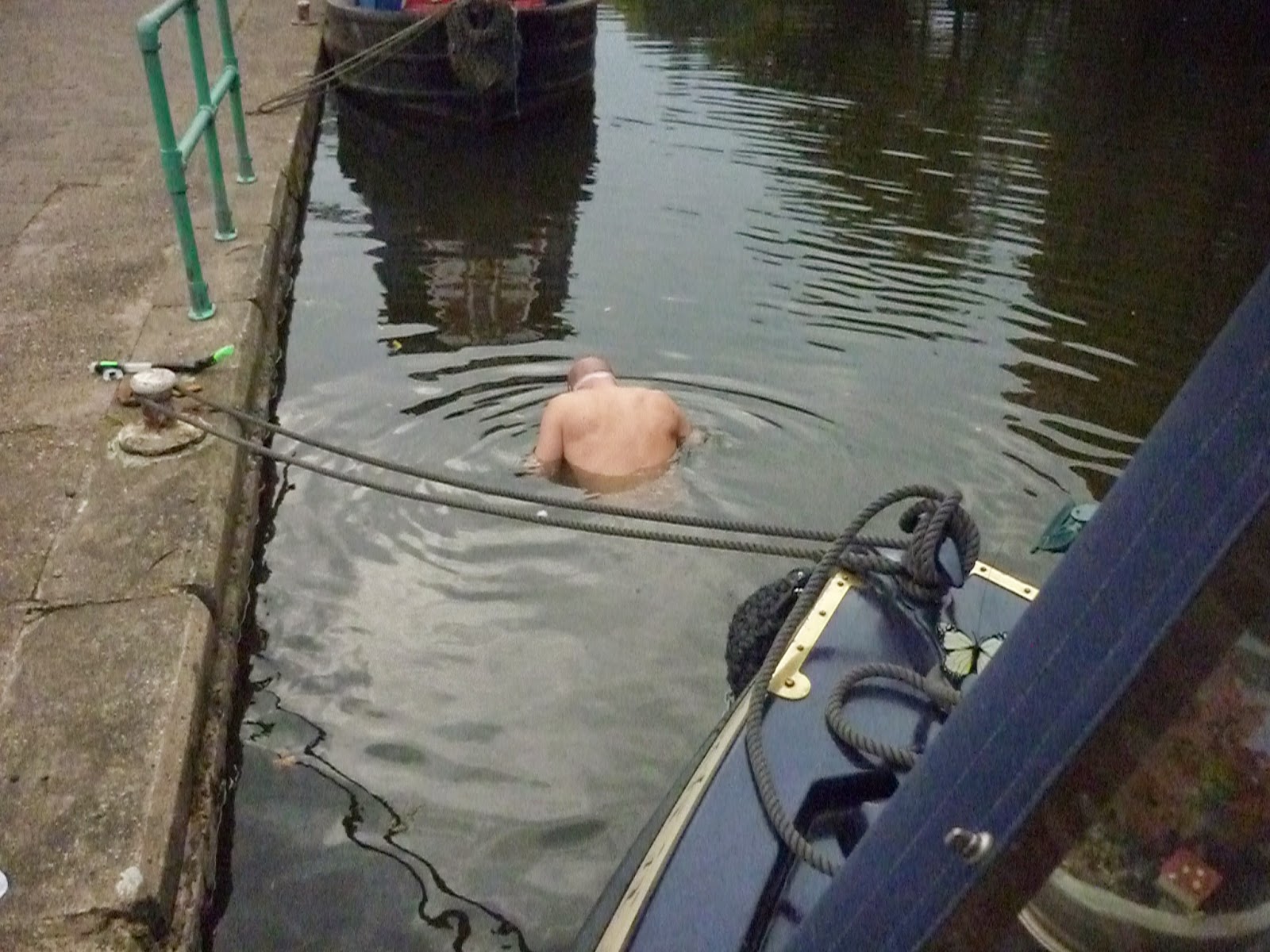 He was very determined to find his phone as you can see! he said he knew the phone wouldn't be any good but that he wanted the sim card as it had some important stuff on! I said I was taking his photo for my blog but he wouldn't let me take any before he put on the snorkel as he didn't want to be recognised so I said: Are you a wanted man? He replied oh no I am a private investigator! Now I am not quite sure if I believe that but anyway I waited while he had his snorkel on anyway! It all happens on the canals eh!!
Posted by Unknown at 08:43