Another visitor at Higher Poynton & a closure on the canal

Wednesday 23rd September
On Monday we stayed put once again at Higher Poynton as we were expecting another visitor to arrive later that day. It was about 4pm when Nigel arrived and we hadn't been sure what time he would get to us but he had parked his car and walked along the towpath to find us, so later on we had a walk to The Boars Head for some food. Nigel had wanted to go to Bugsworth Basin and was really looking forward to it, so about 10am we set off heading once again to Marple Junction and the weather was quite nice too. 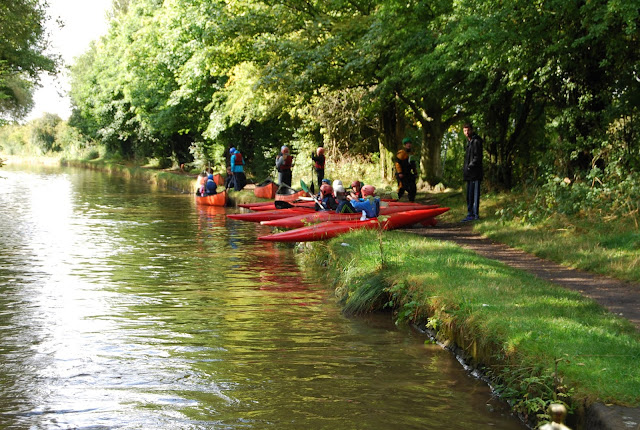 We passed all these youngsters ready to head into the water, some were a bit unsure of it but their tutors were reassuring them they would be fine. 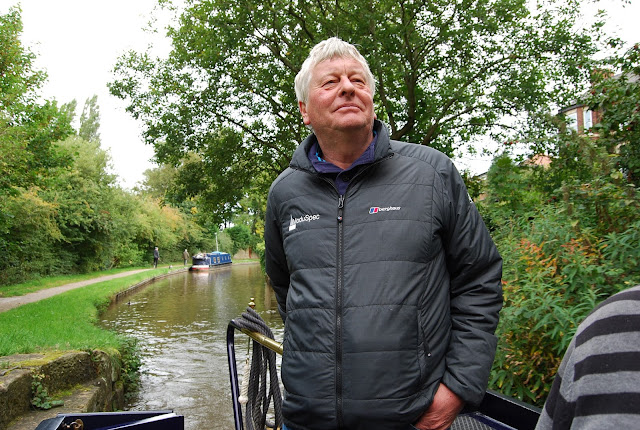 Nigel taking a turn on the tiller
When we got onto the Peak forest canal and were close to Turflea lift bridge Kev had got off the boat and walked to lift the bridge and as he was at the bridge he spoke to a couple on pushbikes who were boaters, and they told Kev that the canal was closed from bridge 29 to bridge 30! So what a disappointment for Nigel but anyway we decided to carry on and there was a winding hole before bridge 29 and so we turned around but backed up a bit and moored close to the bridge where we could see the CRT men. Apparently a walker had spotted water seeping out of the bank that the canal runs along and reported it. 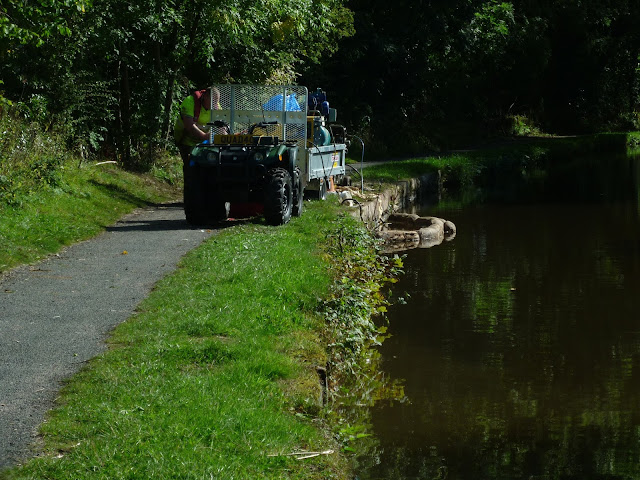 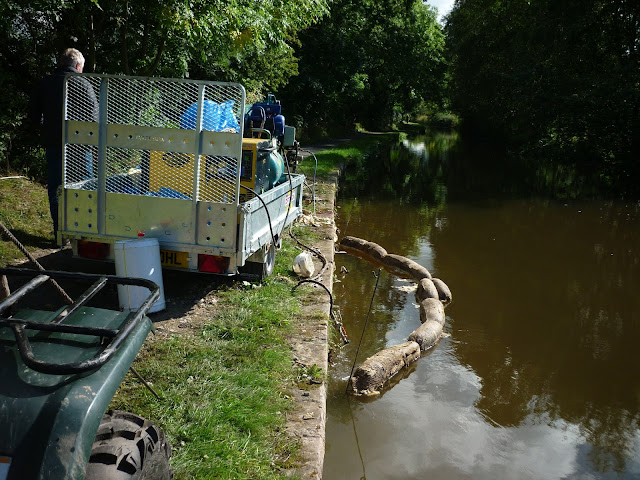 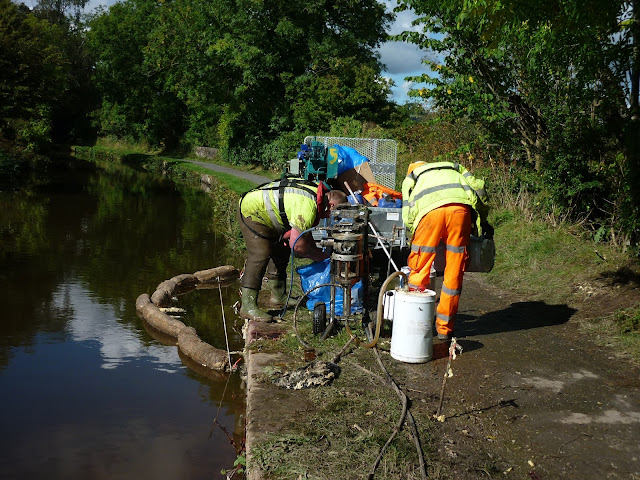 Kev & Nigel decided to walk to Bugsworth Basin as it was only a couple of miles and it seemed a shame to get this far and not go, so I stayed on board with Jaz while they went off. Thy took the camera and got the 3 photos above and said the CRT men were pumping some sort of foam where the leak was as a temporary measure as they were waiting for pumps to arrive today to pump out this section of canal.
Kev & Nigel came back a few hours later and as the mooring we were on wasn't very good we set off and eventually moored not far from bridge 20 where we spent the night. We left this morning and stopped at the services at Marple Junction to top the water up and do the usual cassette emptying and got rid of our rubbish and then when we got to the long term moorings close to Braidbar boatbuilders we dropped Nigel off and he was able to go straight to the carpark for his car. We decided that as I had quite a lot of washing to do that if there was a mooring through bridge 15 we would stop for the day and get it done. We managed to find a spot next to some steps that lead down onto the playing field so it is good to get Jaz off for a good run about on! 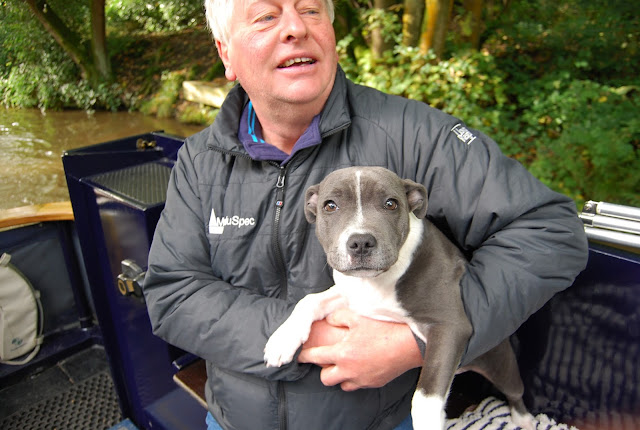