Friday 18th September
On Wednesday we headed off about 8am and when we got to the bottom of Bosley locks I went to set the first lock and it was empty so I could get the gates open for Kev to bring R&R in and as I was waiting there was a boat tied up just before the lock with 3 people on the towpath, I thought at first they were waiting to come down the lock but then noticed there are 2 volunteer lockies with them and  they were all trying to pull a long piece of wood  from out of the canal that had been across the lock entrance. Apparently it had come free from the overflow that is just outside the lock. 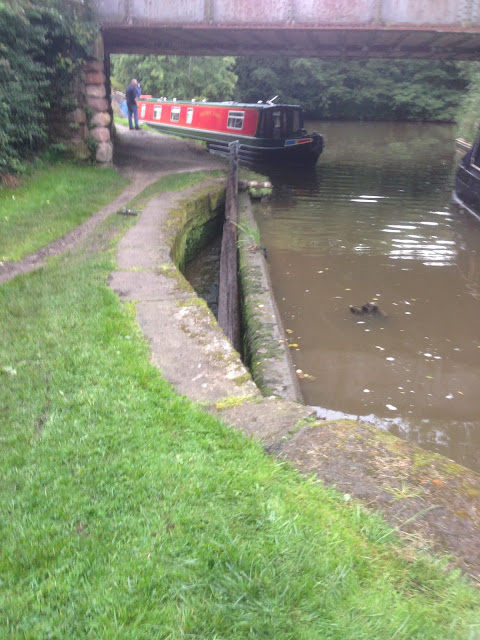 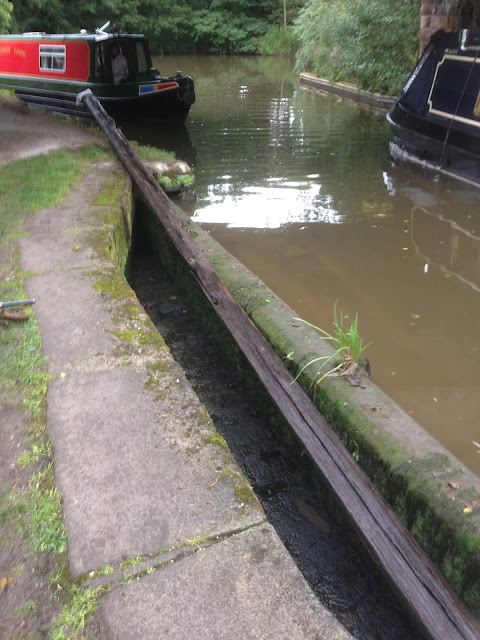 The lockies told us that the pounds between some of the locks were low as someone had left gates open and paddles up the previous night! Anyway the locks on the way up the flight were all in our favour and as the lockies were walking up ahead of us they helped us by opening the gates for us, so it was good going and by the time we were at the top of the flight we backed into the services and filled with water, emptied the cassette and got rid of our rubbish. The lockies told us it would be ok for us to have our lunch there as it wasn't very busy but if someone had wanted to be at the water point we would have happily moved. Moving off after lunch we carried on until we got to the moorings at Gurnett Aqueduct and moored for the night.
Yesterday morning we took Jaz for a walk back up the towpath to the retail park at bridge 45 and went to Pets at home as I wanted to get wormer for her, I already had flea treatment that I had left from the vet. When we got back we had a cuppa and then just after 10 am we left our mooring, and we only passed one boat along the way. 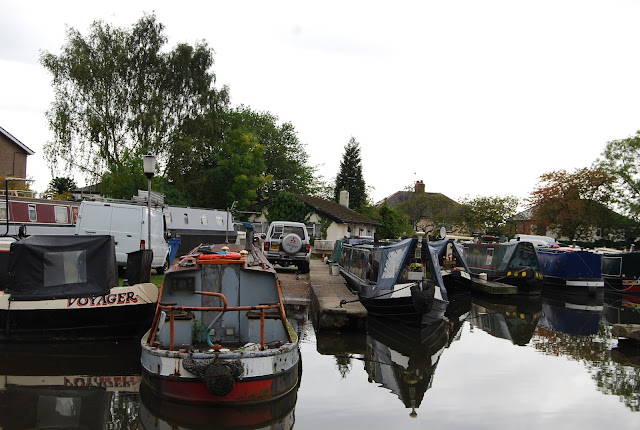 Passing Buxton Wharf Macclesfield
Where the blue boat is moored next to the Mitsubishi Shogun is where our first boat 4EverMoore was put in the water to be taken up to Higher Poynton where Andy Russell did the paintwork for us. 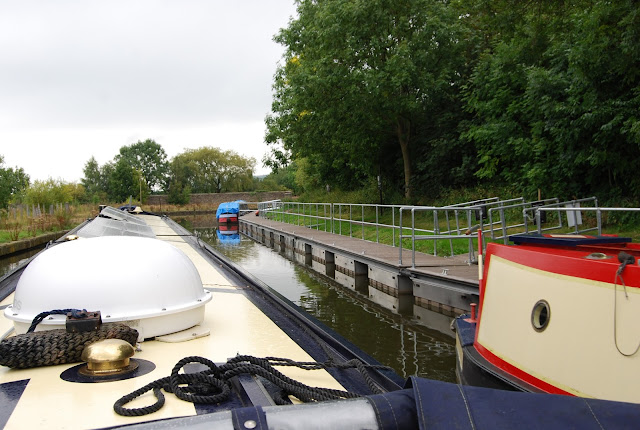 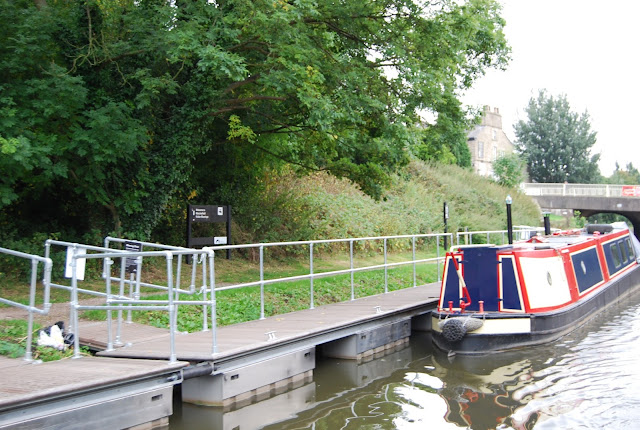 Only 2 boats moored here but the moorings look ok 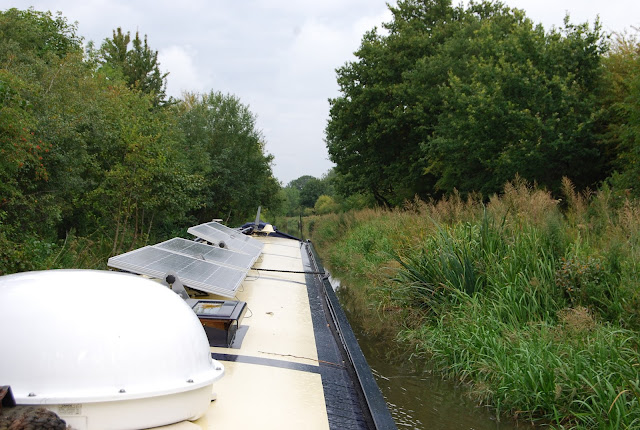 Quite narrow in places 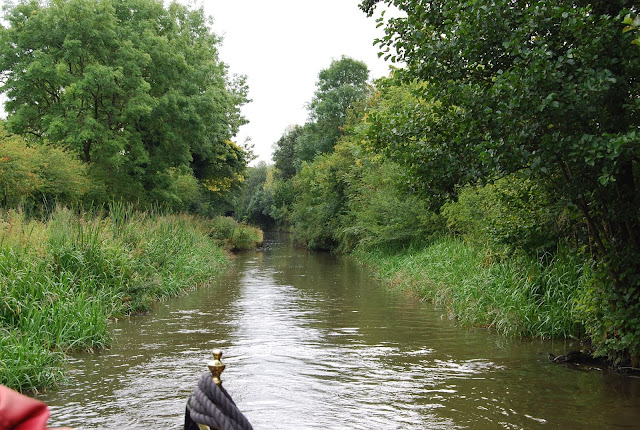 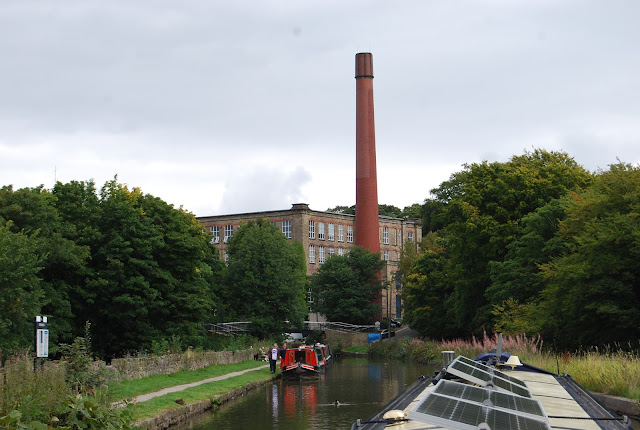 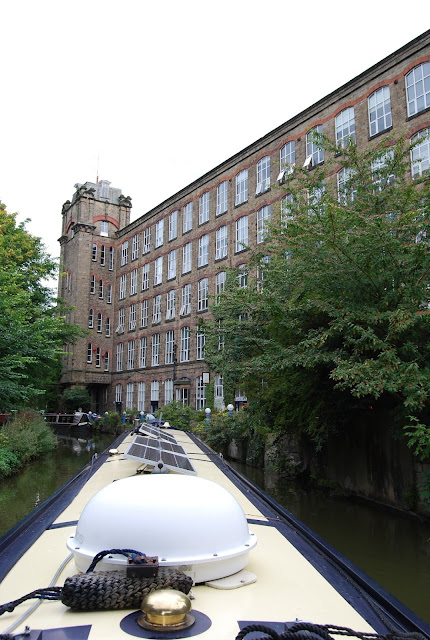 Passing Clarence Mill
Finally we arrived at Higher Poynton where we moored up before bridge 15. We are expecting a crew member to meet us here later today. Helen is a very good friend of Kirsty's and she now has Sam living with her now he is at college. She will stay for the weekend and so we will head to Marple junction tomorrow and then onto Bugsworth Basin and then back here to Higher Poynton on Sunday so Helen can get home ready for work on Monday. 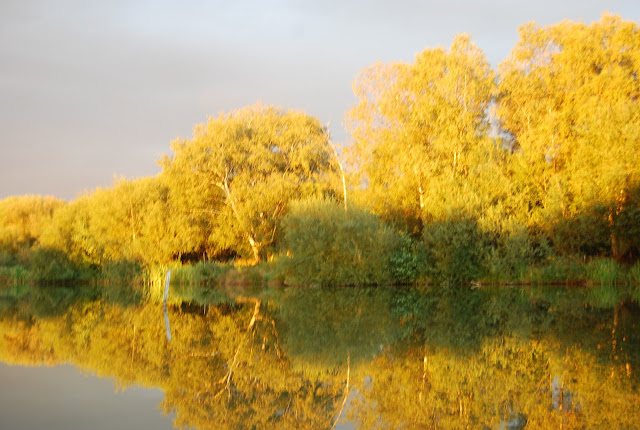 Kev took this photo of the trees opposite us at 7.30pm last night 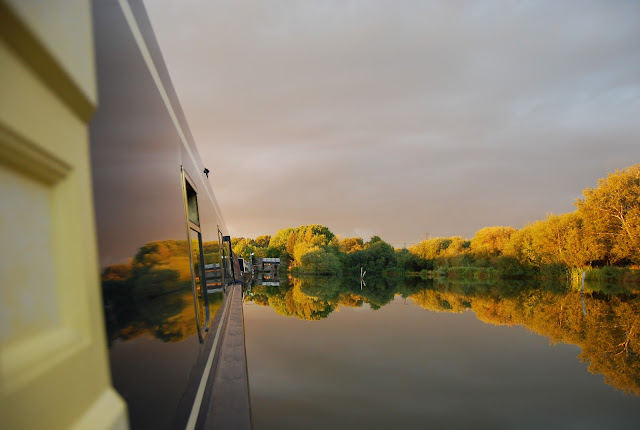