Back onto the canals

On Thursday morning we left Vale Royal moorings and headed to Winsford where we turned around at The Red Lion pub and moored briefly while Kev went to Morrisons for a few bits of shopping. 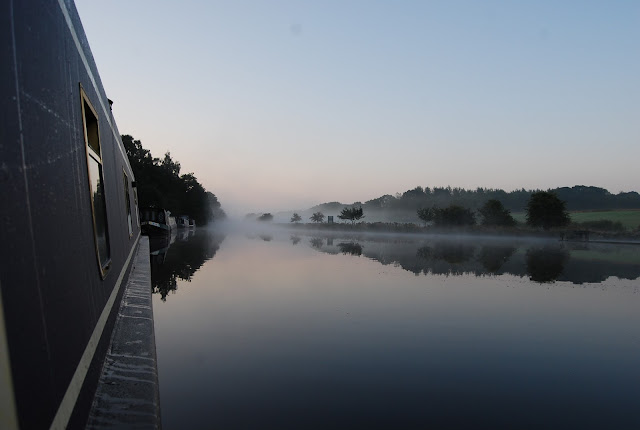 The view of the river early Thursday morning 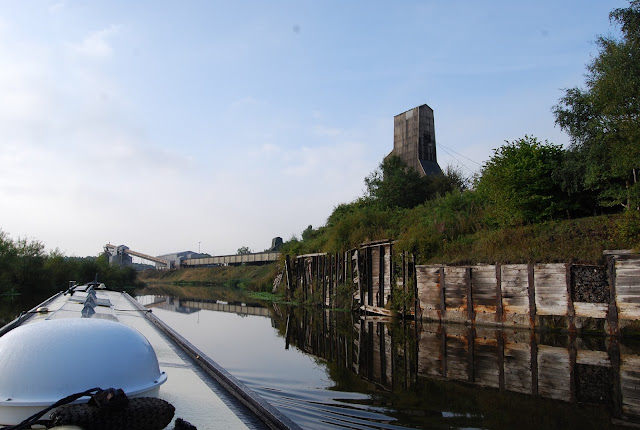 Passing the salt works on the way to Winsford 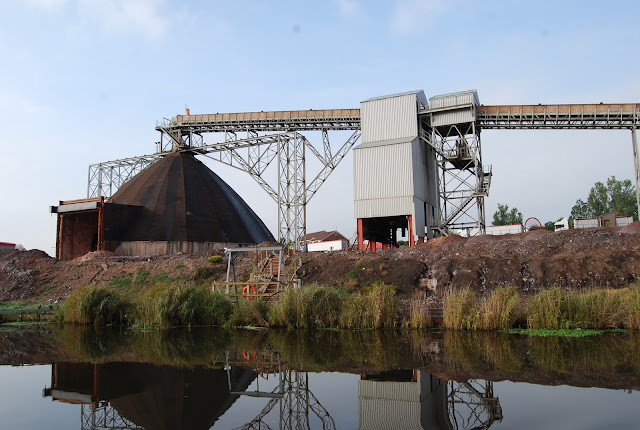 The salt was conveyed into the round building 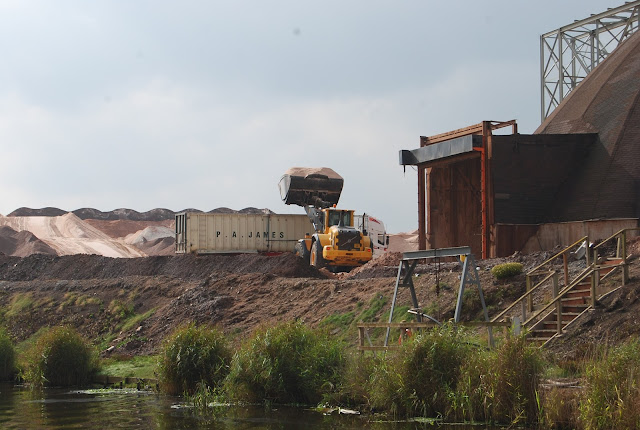 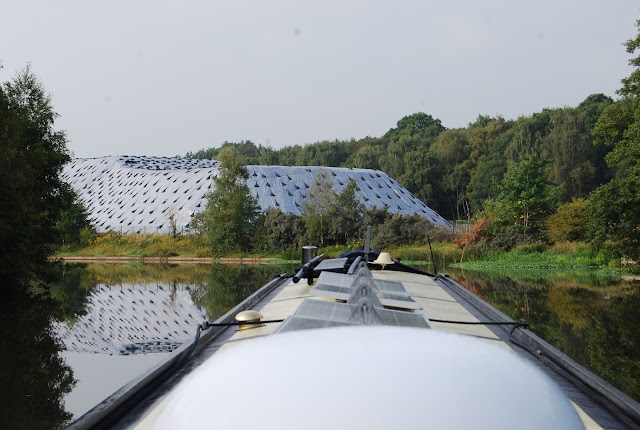 Not sure what this was covering? 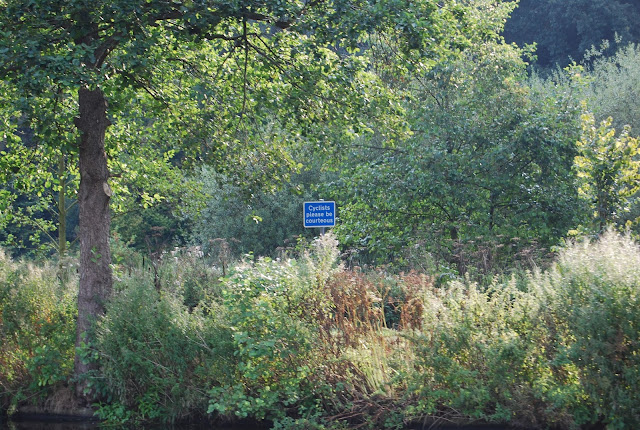 This was an amusing sign!
We left The Red Lion and we moored once again at Vale Royal moorings where I managed to get all my washing dried!
On Friday morning we left our mooring and headed back towards Northwich, It was another lovely day and we have been very lucky with the weather since we have been on the river. 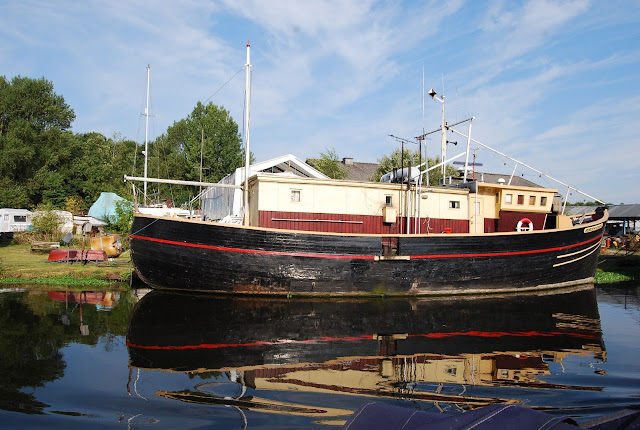 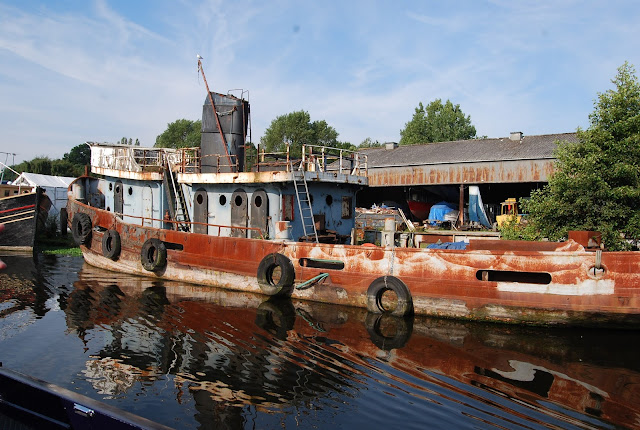 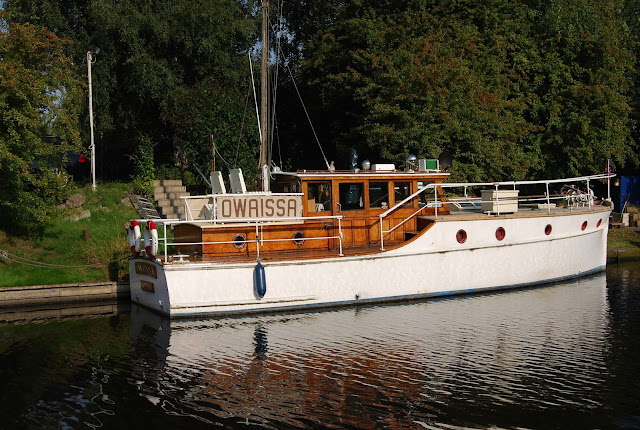 Passing several boats moored on the way towards Hunts Lock, some in very poor condition and the one above which looked quite nice. 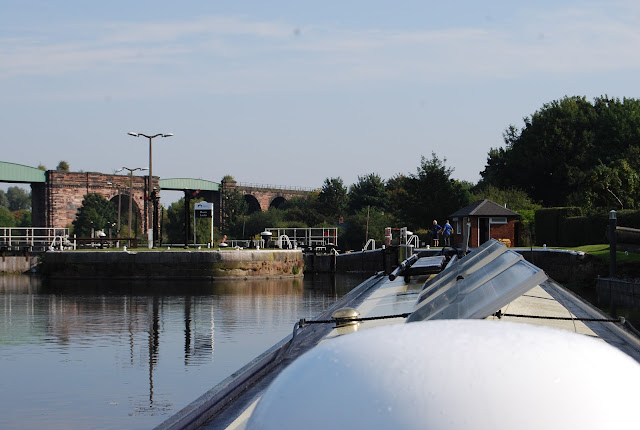 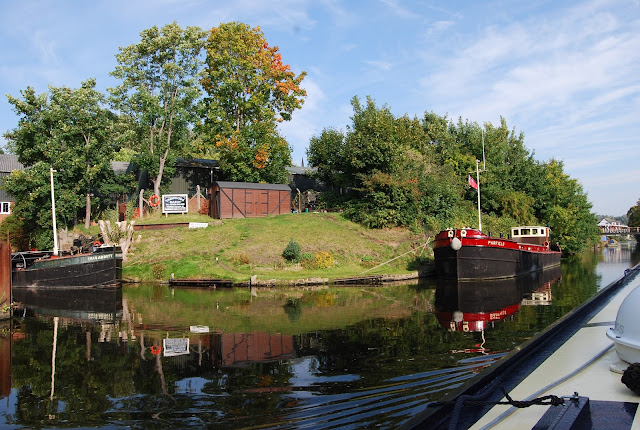 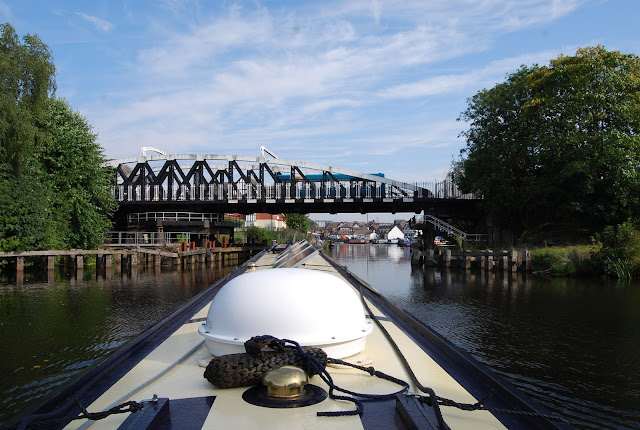 We stopped at the moorings just through the bridge and Kev popped to get some batteries for our radios while I stayed with Jaz on the boat, after he had retuned and we had a cuppa we moved just through the next bridge to get rid of our rubbish before heading off again. we passed the boat lift and went in the other direction towards Saltersford locks. 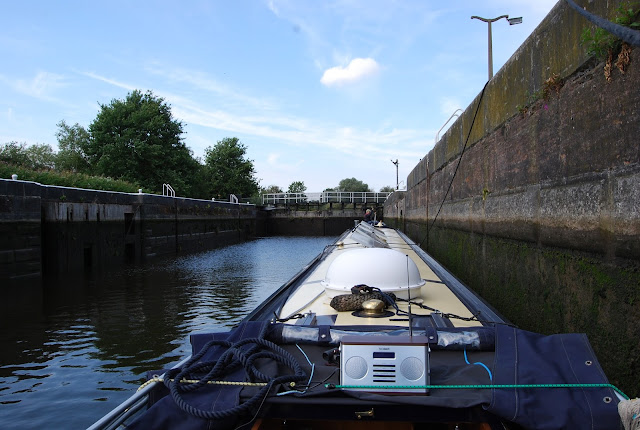 These locks are a lot bigger than the others that we had been in the other direction! But all are manned both ways by lock keepers so you don't have to get off the boat! 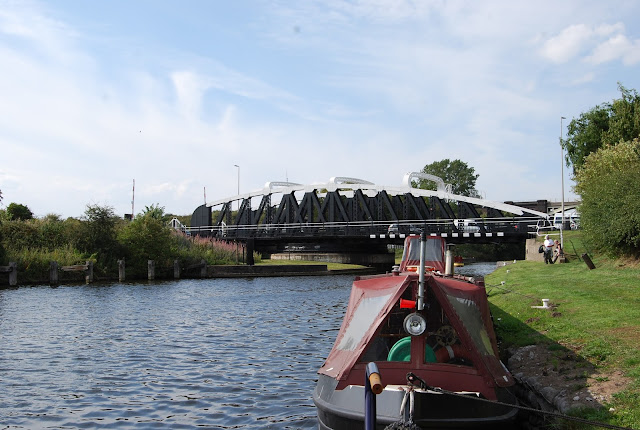 Moored in front of the above boat at Frodsham
It is quite scenic this way and we had a good cruise but it did get quite windy and by the time we were approaching these moorings we decide to call it a day so Kev turned R&R round and we moored for the day. The sun decided to show itself again and so out came the chairs and we sat with a beer and let Jaz have a play about on the grass for a while.
It had rained in the night and this morning it was still raining when we got up and as were leaving Frodsham it was still raining so Jaz & myself stayed down below while Kev set off for Dutton Locks, the rain did ease off for a bit so I got ready and went to the stern and it was quite pleasant until we were at the locks where the heavens opened up and it rained yet again. There was already a boat waiting to go up the lock so we went in behind them and then when we got to salters ford locks agin there was another boat ahead so now there were 3 of us to share the lock. The lockie wanted us to breast up so we were in the middle of the other 2 boats so it was easy for us.
The other 2 boats were heading for the Anderton boat lift and so were we and when we arrived at the moorings to book in for the lift there was only one boat there but he was ready to go into the lift. Kev went to book us in for the lift back up onto the canal and we didn't have too long to wait so we had some lunch while we waited and at 12.50pm we headed off into the lift along with one of the boats that we had been in the locks with. 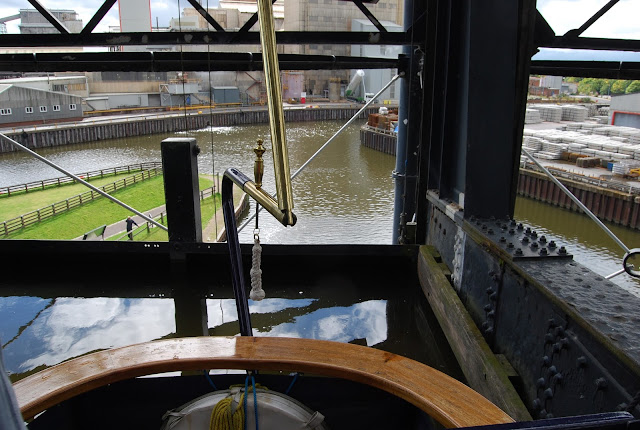 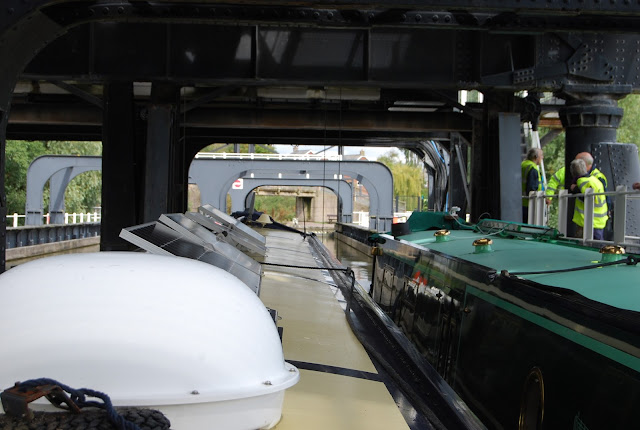 At the top!
After leaving the lift we turned right back onto the Trent & Mersey canal and we stopped at the services near the Anderton marina and filled up with water etc. We are now moored at bridge 193 where the Lion salt works museum is and we are hoping to have a look around it in the morning, but tonight we will have a walk to the Salt Barge pub which is close by. Tomorrow we will head off to Middlewhich and hope to meet up once again with Pete & Steph as their boat Nb Maggie May is in Kings lock boat yard having a job done.