Thursday 10th September
Yesterday morning  just after 9am we moved onto the moorings that you wait at for the Anderton Lift & Pete & Steph came along to see us off. 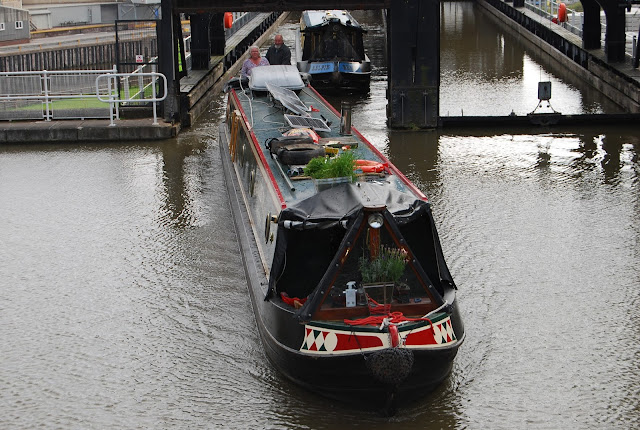 Nb Maggie May leaving the lift on Tuesday 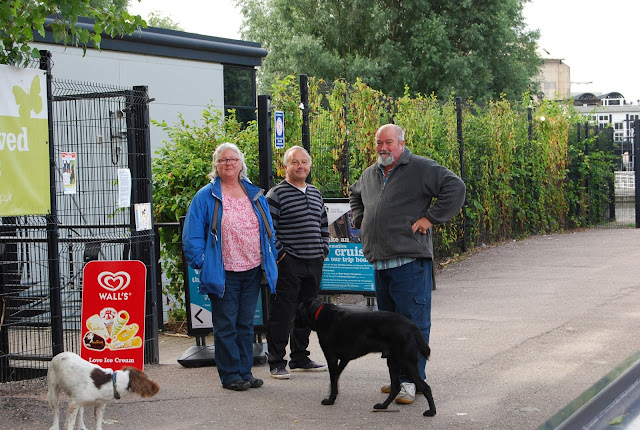 
We said our goodbyes and made our way to the lift which we were sharing with another boat. 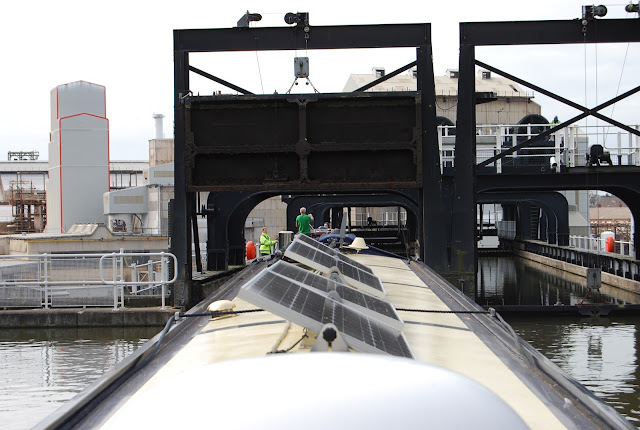 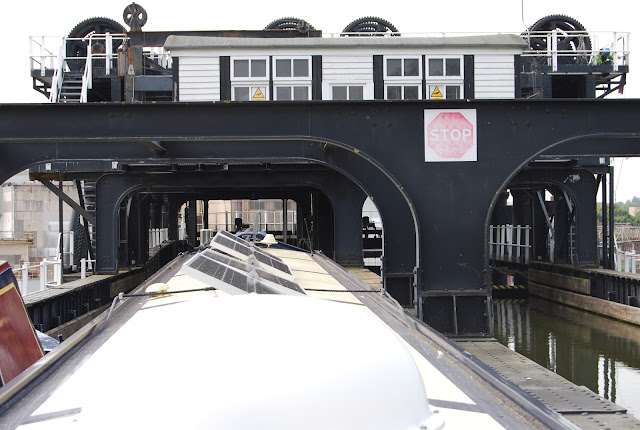 Alongside the smaller narrowboat 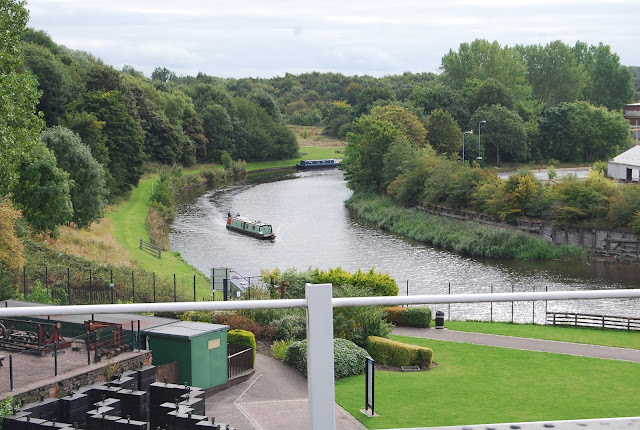 Looking down onto the Weaver 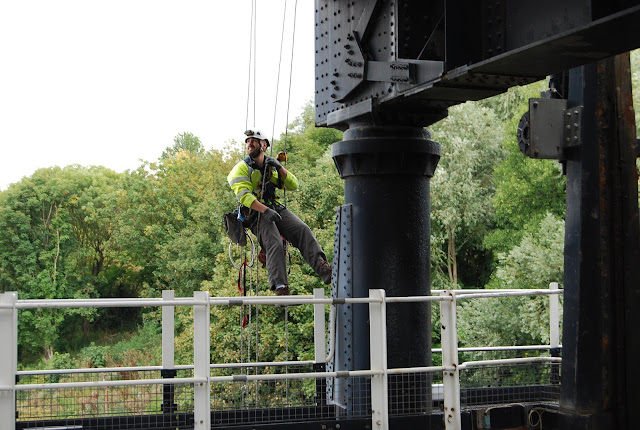 Rather him than me! 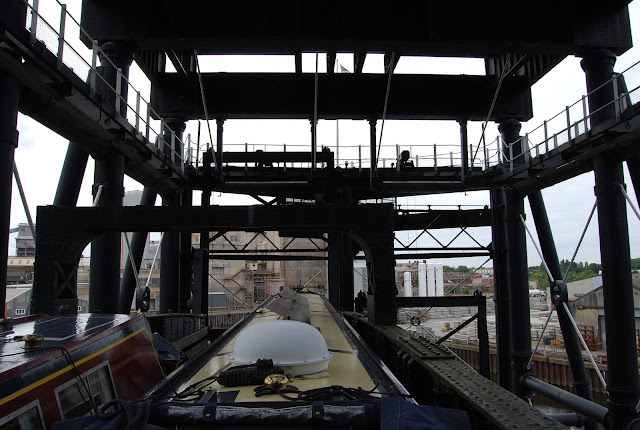 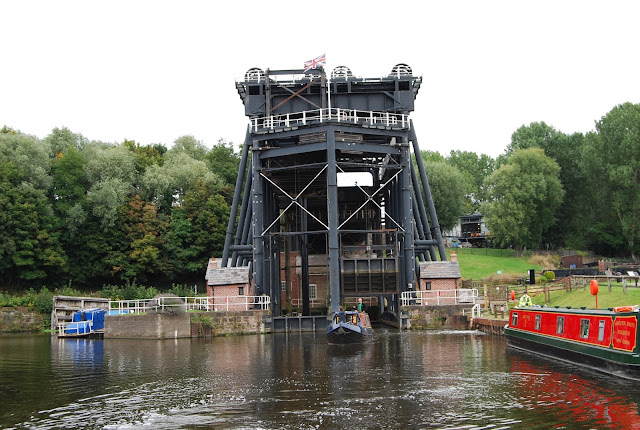 Looking back at the lift 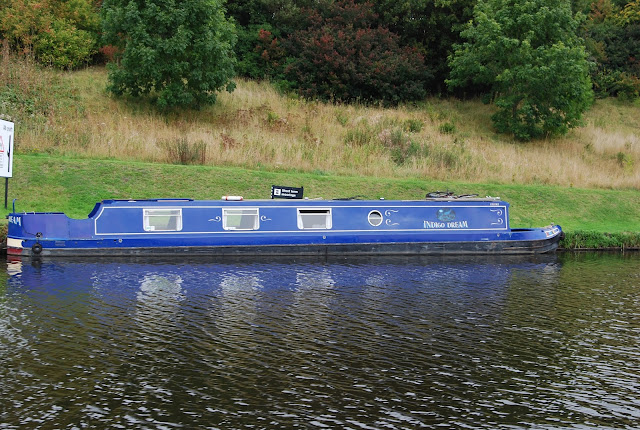 
Doug & James on Nb Chance had told us they had been out with Indigo Dream on the Weaver and told us to look out for them so here they are! 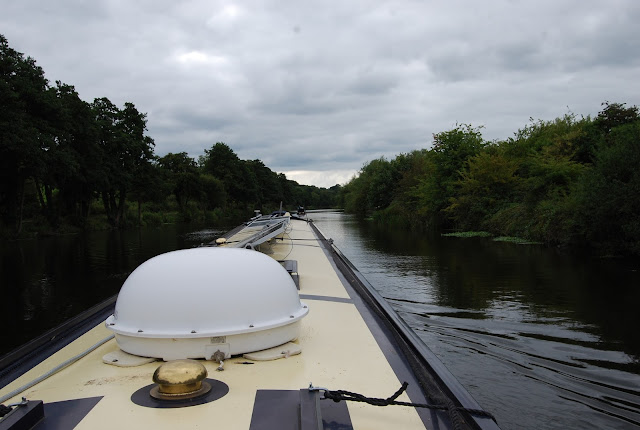 Following a boat after we had left Hunts Lock 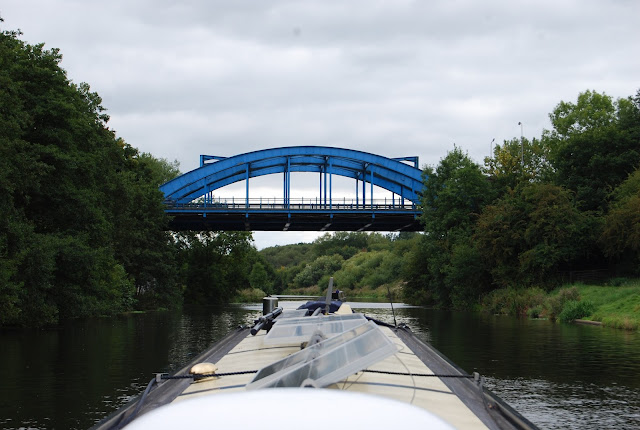 We carried on until we arrived at Northwich where we moored up so we could do some shopping and who should come along and moor behind us.... Indigo Dream!
We only noticed them when we came back from the shop but didn't see anybody on board but as we were about to leave we saw a man with 3 greyhounds and it turned out to be Richard Nb Indigo dream so we had a quick chat to him as we had rang the lock keeper at Vale Royal Lock to say we were coming so they were waiting for us. Richard told us that his wife Sue had gone to pick their car up as they had one of their dogs in the vet hospital and were going to collect it. so I hope all is well with your dog and it was nice to meet you Richard. 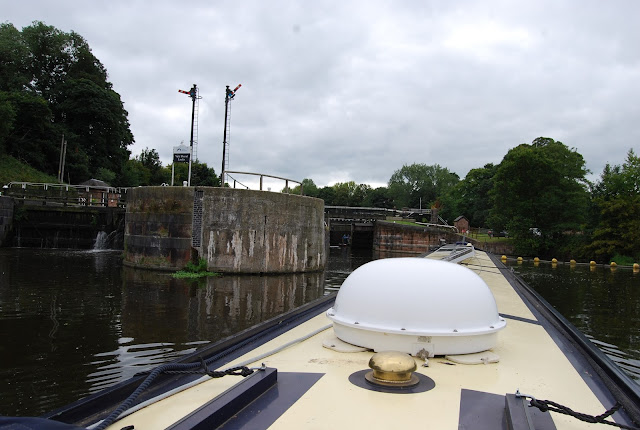 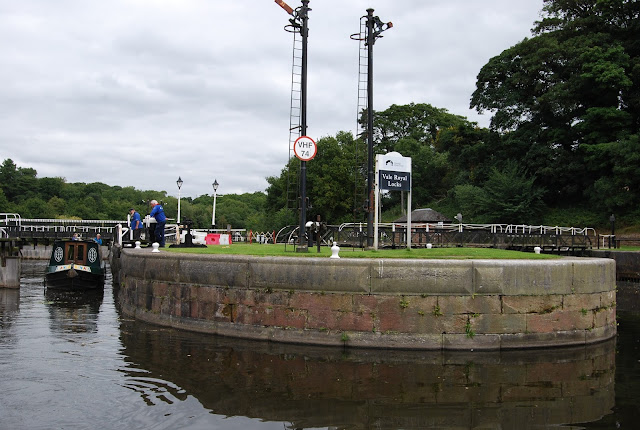 And leaving the lock!
We didn't go much further and moored at Vale Royal moorings... 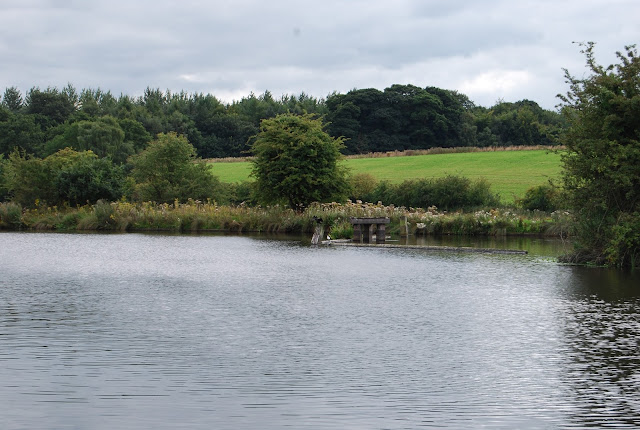 The view from our mooring
Posted by Unknown at 02:05