A bit of maintenance

Thursday 21st July
We stayed put for a couple of days so Kev could take advantage of the weather to do some maintenance on the boat. He has painted the base of the gas locker & also painted the bilges in the engine bay. The weather has been glorious but windy and so we couldn't light the BBQ on Tuesday or yesterday! It has been lovely moored on open fields with not many people passing so it was quite private and Jaz could be loose and only on occasion did she have to be on her tether. I had bought a new iPhone 6 when we were moored in Kingston Upon Thames and it has died a death! I like to get photos on it but haven't been able to get any. Th escreen started to flicker on Tuesday and the phone went off but I spoke to Sam who told me how to reboot it and it worked but then yesterday it went off again and now there is just a blank black screen! I have tried all sorts to try to restart it but it is not having any of it! So it looks like a trip to an Apple store when I can get to one, fortunately I can use my iPad for my calls & texts as we are with 02 and they have an App called "TU" and it means that I can still make & accept calls & text too but only when we have wifi.
Anyway this morning I walked up to Rushey Lock with Jaz while Kev set off on the boat to meet me there, he wanted to get rid of our rubbish and so as I got to the lock with Jaz he was ready and waiting for me to fill the lock. As it was almost 9am the lockie appeared as I was setting the lock and so I helped him with the gates to let Kev in the lock and then another narrowboat appeared so once the other boat was alongside us in the lock I helped the lockie with the paddles and the gates before returning to get back on R&R.
Another lovely day, a bit cooler but it was still about 24 degrees and no wind! When we got to Shifford lock we stopped at the water point and topped up, and then made our way down the lock with the narrowboat that we had shared Rushey lock with. After we had gone down Shifford lock we carried on to the moorings at Newbridge where we moored to have a sandwich and take Jaz for a walk. 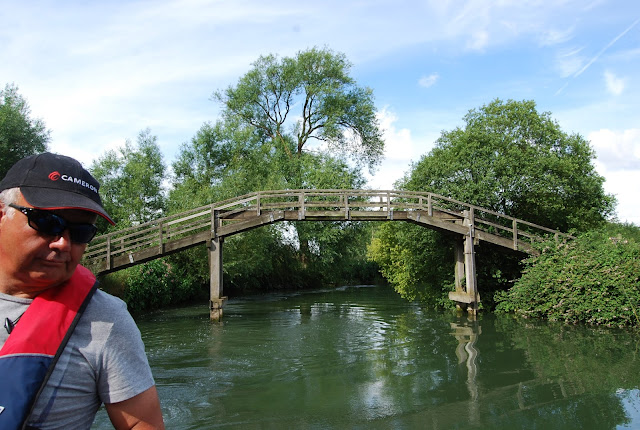 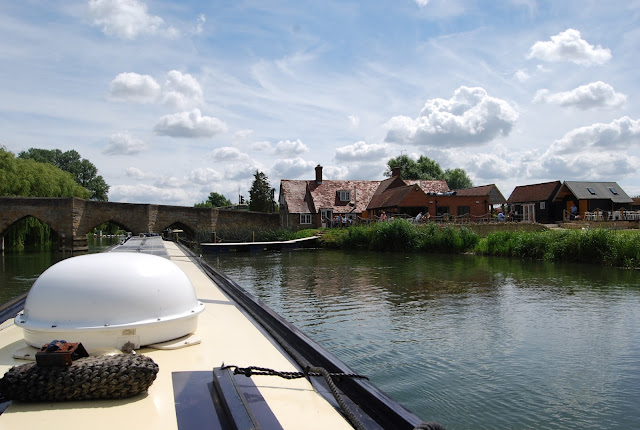 Leaving Newbridge mooring. The Maybush Inn on the right. 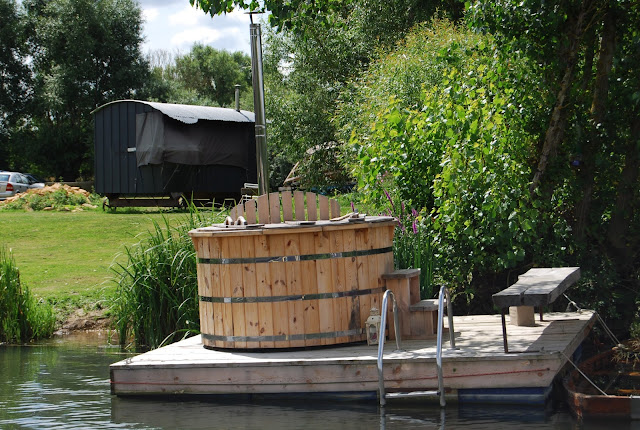 This looks like a hot tub, it is on The Maybush pub land.
When we were moored at Newbridge last week we went to Rose Revived Inn across the bridge for a meal, the meal was fine but the service was crap, with people queueing for ages.
When we got to Northmoor lock the lockie was on so this time Kev went to help with the lock & I brought the boat into the lock and then another boat was coming so we waited for them. We were going to go to the shop at Appleton on the bikes provided but decide that we were ok for provisions. 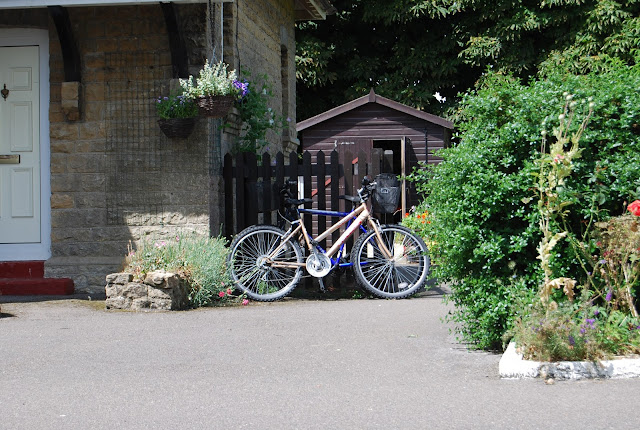 The 2 bikes you can use to go to Appleton shop!
Not much further on before we arrived at the moorings at The Ferryman Inn at Bablock Hythe and we got moored and then took Jaz for a walk to the pub where we sat outside for a pint! We will go for something to eat there later, they do food 7pm to 8.30pm. We got the chairs out after w returned back to the boat and sat outside with Jaz, it has clouded up a bit but it is still warm. 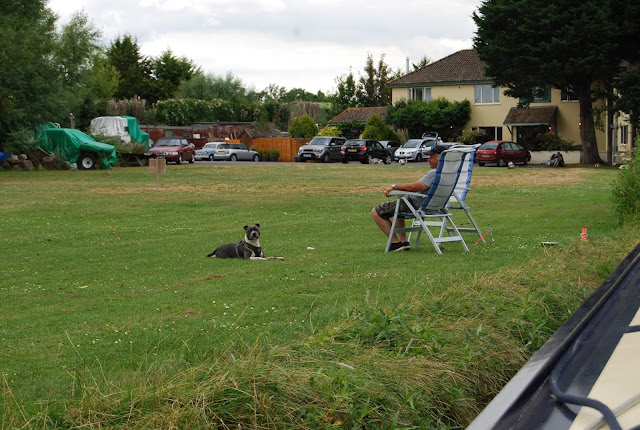