And on to Abingdon

Monday 11th July
We stayed put yesterday and it was a miserable start to the day, with fine drizzle early on in the morning & it was quite windy too,  so I did some cleaning & ironing while Kev took Jaz for a walk.
Kev came back about an hour later and said that he had been up Wittenham clumps and as I had wanted to go up there too we decided that we would both go with Jaz later on. I had made some scones so we had a cuppa and a warm scone with jam & butter on and then we went back for a walk up the quite steep walk up Wittenham Clumps, but it was well worth it as the views are amazing. 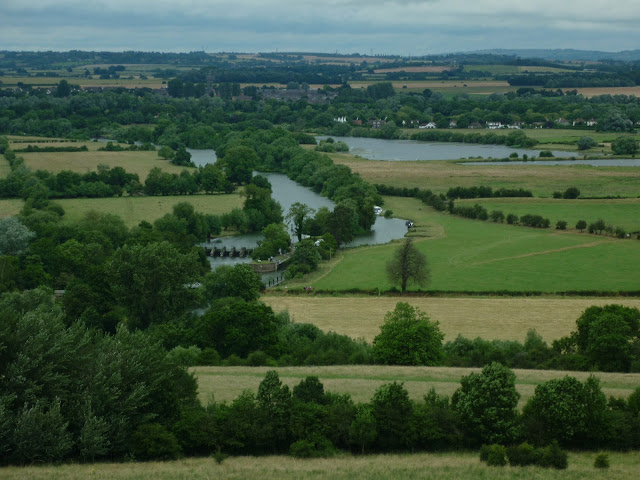 Looking down to where R&R is moored although it is difficult to see her! She is to the right where you can see 3 lines in the grassland! 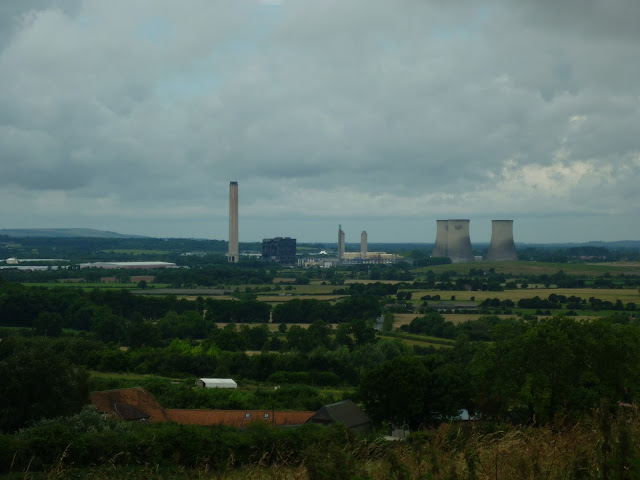 The ill fated Didcott power station
This morning it was pretty much like yesterday morning but it was a lot more windy, but we left our mooring just after 8 am. 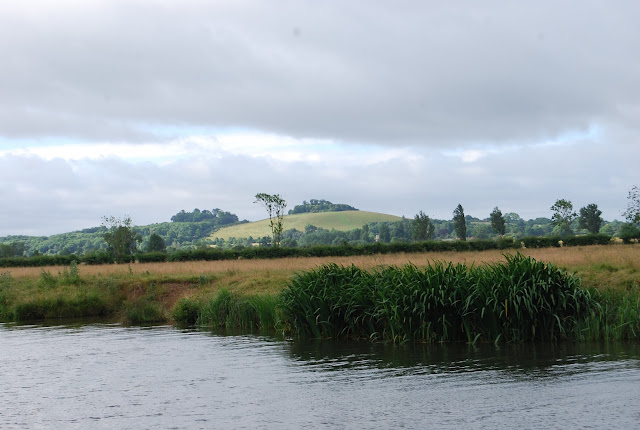 looking back at Wittenham Clumps 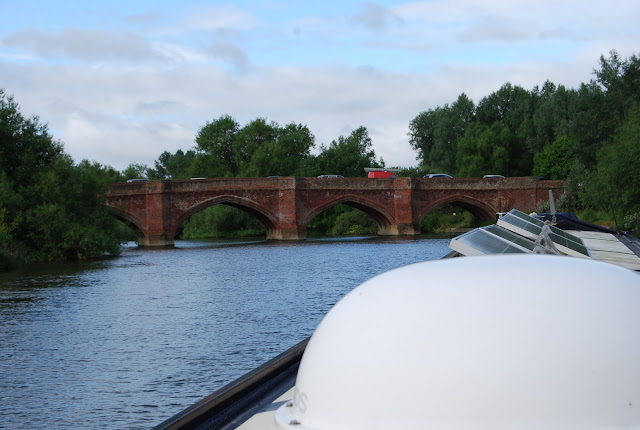 A very busy Clifton Hampden bridge
Our first lock for today was Clifton Lock and it was on self service as it was too early for the lockie to be on so I went and worked the lock while Kev brought R&R in, once he was up and through the lock I went and opened the sluices to empty it again as there was a notice to leave the lock empty. As I had just done this the lockie appeared to start work, 9 am prompt! 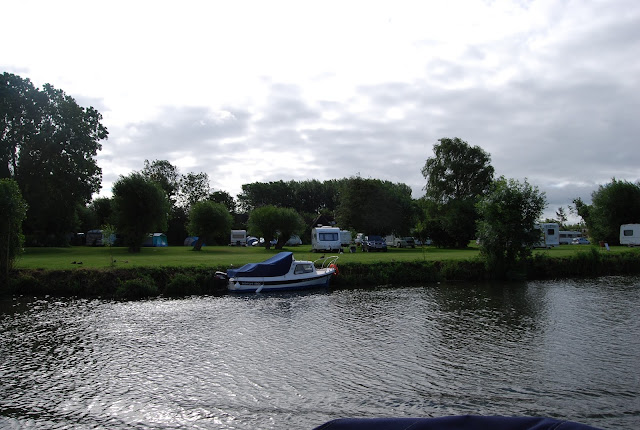 Moorings here at the caravan site close to Clifton Hamden Bridge £10 a night! 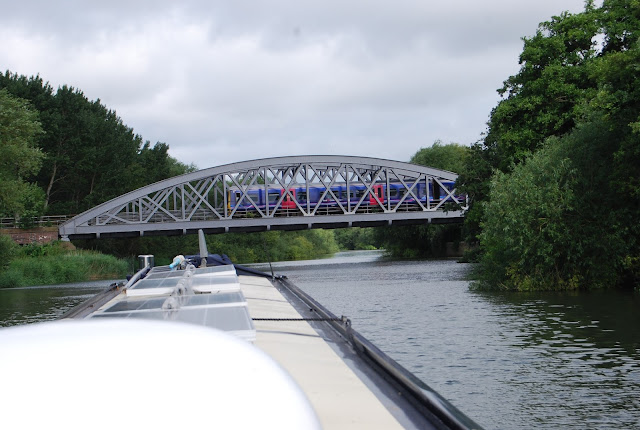 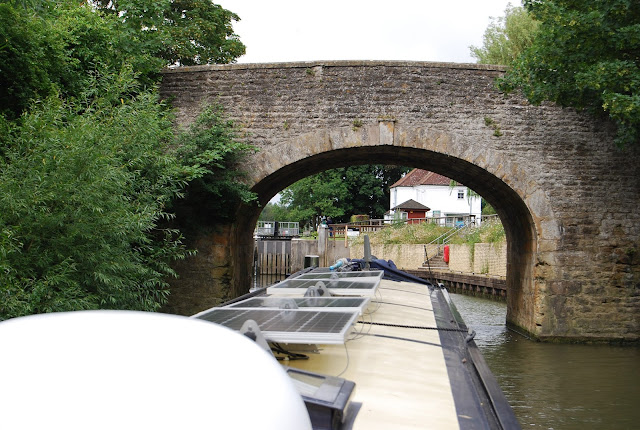 Then through Sutton Bridge where Culham lock is just ahead.

The lockie was on duty at Culham lock, and so we were soon up through the lock and we had a bit of a shower briefly as we approached Abingdon, but it was short lived. 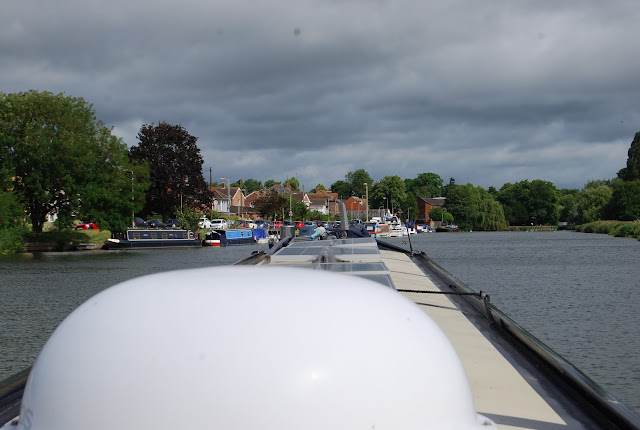 Approaching Abingdon
We were soon at the free moorings that are before Abingdon Bridge, but we didn't stay on them as every couple of minutes the boat was banging on what seemed like a ledge below the water line, so after we had a walk into Abingdon we noticed the moorings that are through the bridge and they looked a lot nicer and still free. 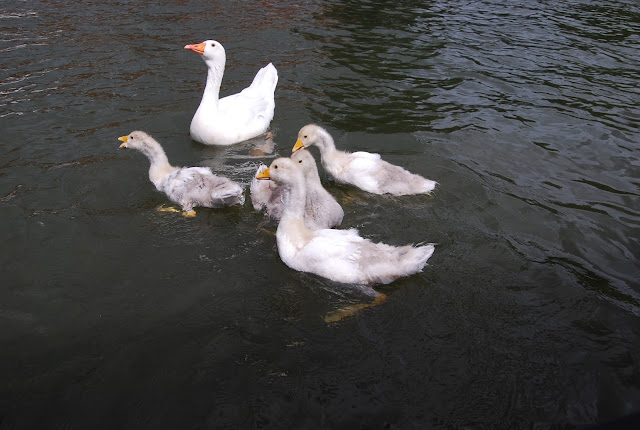 We had a visit from this goose with her goslings 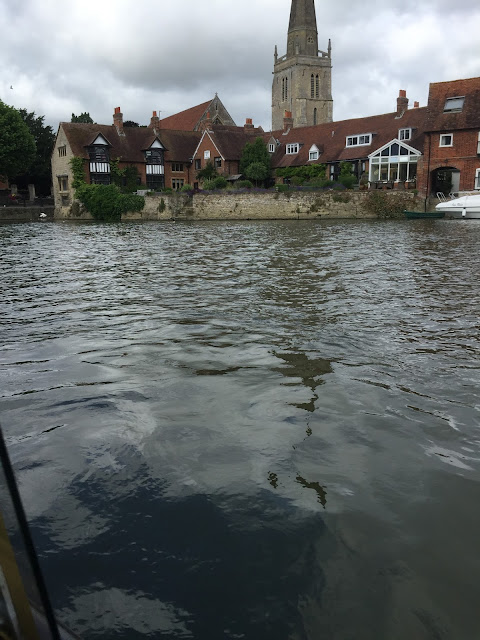 Our first mooring in Abingdon. 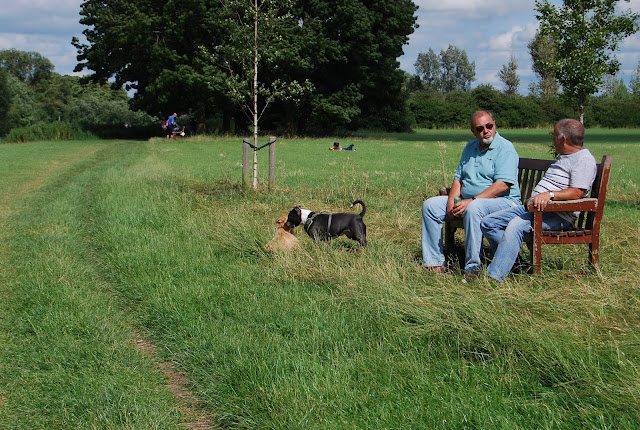