Off the Thames & onto The Oxford canal.

Saturday 23rd July
Well yesterday was our last day on the Thames and we have had a reply nice time, it was nice meeting up with George & Carol on "WB Still Rockin"and we hope to see them again another year. We also met up with Mags & Geoff on "NB Seyella"  a few laughs were shared with them & then we got to see Sue & Vic's new wide beam No Problem XL. So we are now back on the canal system and very strange it is too, slowing down the pace again but it is very nice.
We had a meal in the Feryman Inn at Bablock Hythe and we wouldn't want another! Kev had a Steak & Ale pie which was crap he said there was only a couple of pieces of beef in it & it was just full of thick gravy! I had fish & chips which was ok but only ok!!
It was a lovely day again yesterday and we left Bablock Hythe just after 8.15am and when we arrived at Pinkhill lock it was on self service although there was 2 blokes there who we had seen on their canoes previously. They helped me with the paddles and the lock gates, they had stayed behind the lock cottage on Thursday night and had slept outside in hammocks! Its a good job it hadn't rained, they said the lock cottage was empty but they had plugged their phone chargers into an outside electric point so were very pleased. They also had a shower as there are some showers round the back of the cottage too! They were waiting for the lockie to come before they would leave and as Kev was coming out of the lock and heading to the lock landing to pick me up, the lockie arrived. We didn't have much further to go before we arrived at Eynsham lock, our last lock on the Thames. As we approached the lock landing the lockie there was just walking to the lock gates and opened them so we went straight in. Once we were down through the lock we stopped briefly at the sanitary station and Kev emptied the cassette & also took the rubbish to the bins and then we were on our way again and were soon at the junction for the Oxford canal. 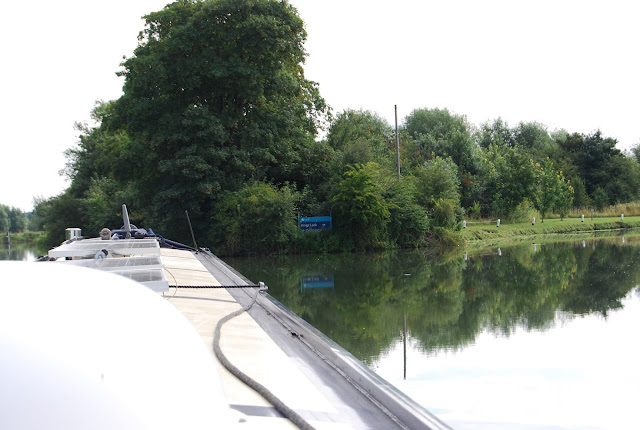 Left to the Oxford canal to the right Kings lock 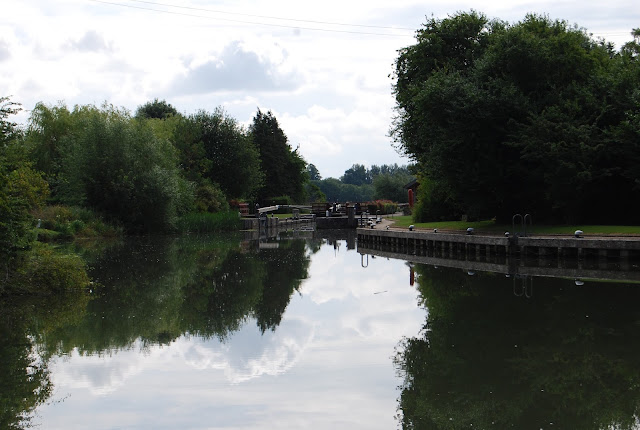 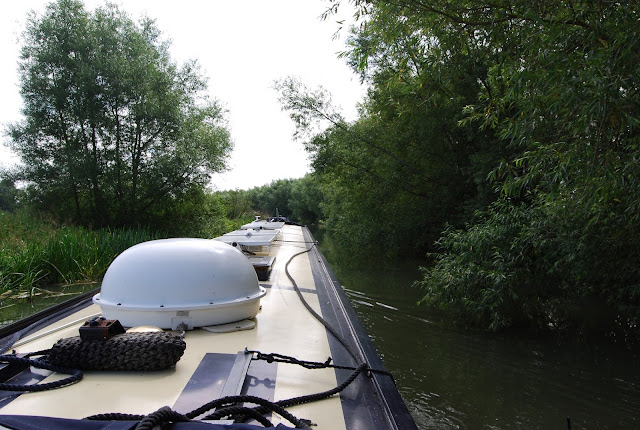 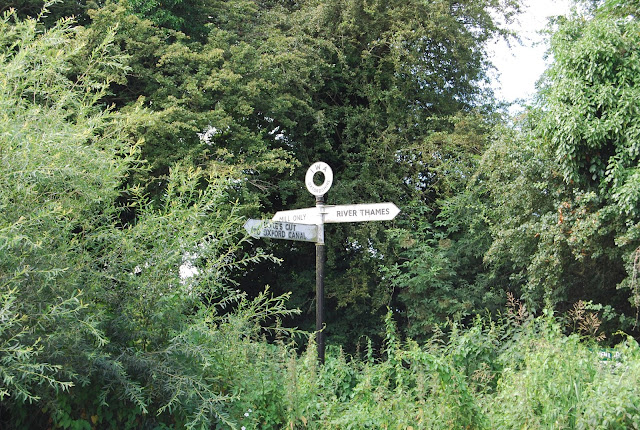 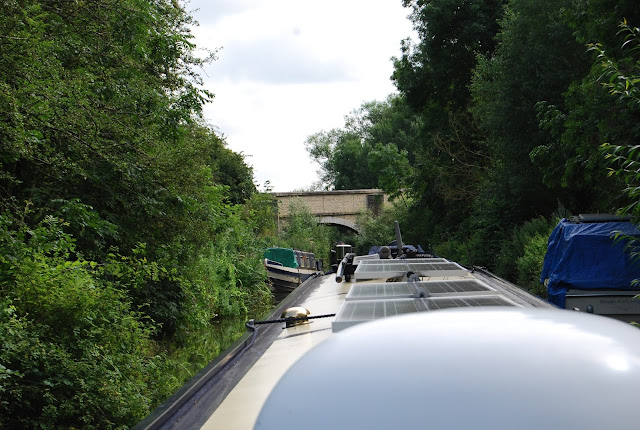 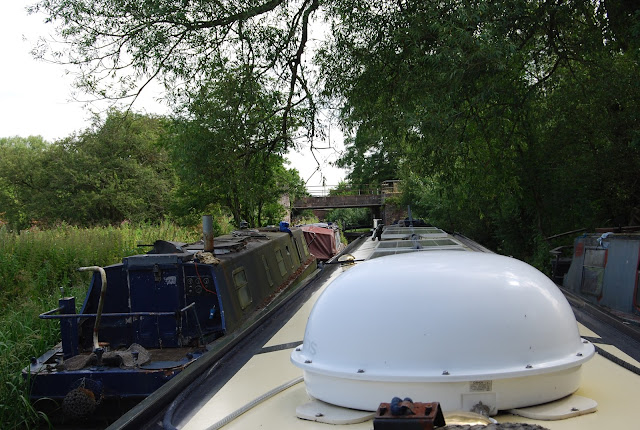 Full of constant moorers, what a way to live! 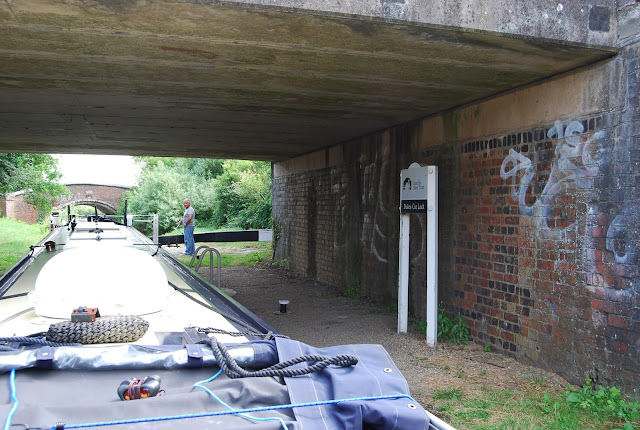 Our first lock Dukes Cut Lock, onto the Oxford canal. 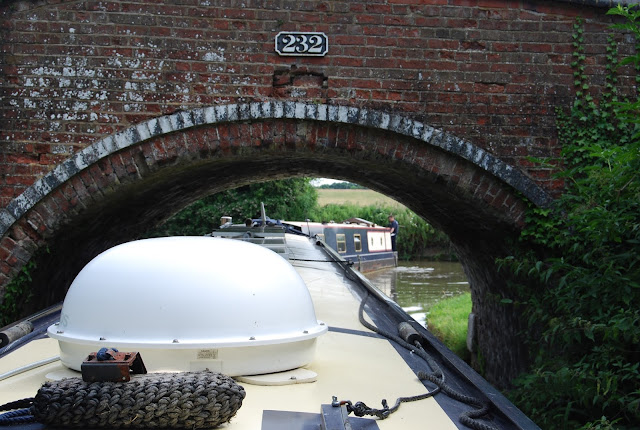 A boat appeared as we were leaving the lock but he was turning around and heading in the same direction as we were! The next lock is round the bend to the left so I got off once we were through the bridge and went to help the man on the above boat with the next lock and then emptied it again for Kev. 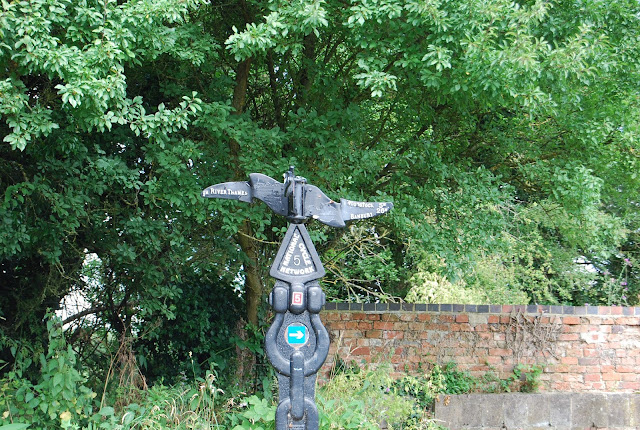 A very ornate sign.
We had a swing bridge next and then Kev walked with Jaz for a bit then I pulled over to get them both back on board. 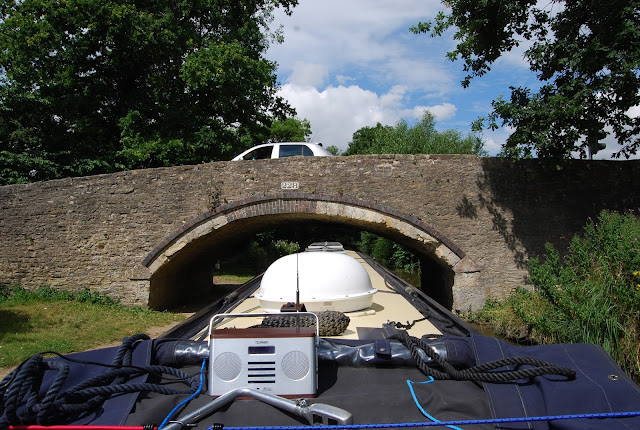 This is Yarnton bridge and is very low!
When we got through bridge 224 we moored alongside quite a busy road, we were going to move a bit further on through the next bridge were the Jolly Boatman pub is but we were told by a fellow boater that all the visitor moorings were full so we stayed put, we had a walk to the Coop for some bread & milk and we then went for a pint on the way back, the pub has had a name change from The Wise Alderman to The Highwayman! We have been there in 2006 with our caravan when we were with a few friends who stayed in the pub, it is a good little caravan site. When we stayed on it we were all going to a game fair at Blenheim, the weather then was glorious too!
When we got back to the boat we got the chairs out on the back of the boat and sat in the sun for a while and about 7pm we took Jaz for a walk to the Boat pub in Thrupp and also on the way back stopped at the Jolly Boatman for one too, it was a lovely evening with plenty of people enjoying the weather too, as both pubs were very busy. 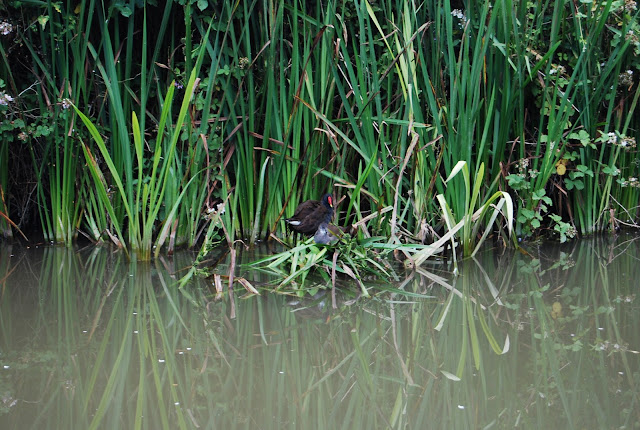 A moorhen & her chick opposite our mooring.